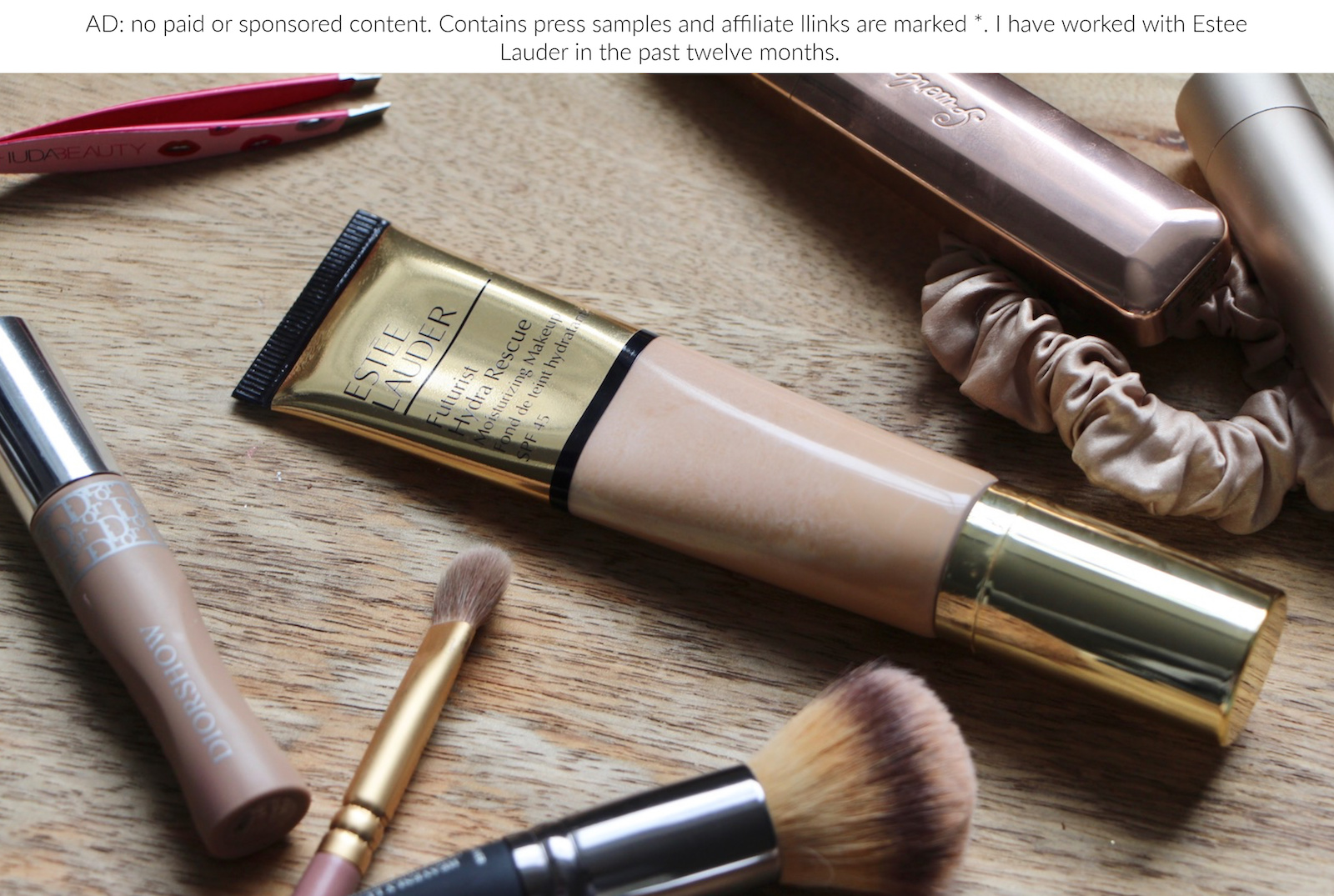 Let’s get down to business, in the words of Captain Li Shang from Mulan. (Can you tell I’ve overdone it on the Disney+ channel binging? There’s no Disney stone left unturned in this house. As well as devouring the classics, we’ve watched every prequel and sequel, some of which, quite frankly, should never have been made. Of particular direness is The Little Mermaid II: Return to the Sea, a weak coming-of-age story involving Ariel’s annoying teenage daughter and an underwater villain wearing what appears to be a latex Roland Mouret dress.) (Sidenote: how buff is King Triton? I actually blushed when he tailed his way into shot, not least because he’s now a grandad and it feels inappropriate to stare. He has a tiny merman waist and then this HUGE, ripped chest! I don’t know, it got me going anyway. Niche but true.)

But back to the business of brilliant beauty and a much-belated foundation review. You know how I love my dewy, low-key bases and Estée Lauder’s Futurist Hydra Rescue was an instant hit with its bouncy texture and healthy, radiant finish. If your skin is dry then you’ll love it – it feels thirst-quenching, it looks thirst-quenching and it doesn’t sit horribly in fine lines or wrinkles. (In fact any but the oiliest of skins will find it gives a gorgeous, understated dewiness.) And if you hate full or matte coverage and want a natural finish that’ll still manage to even out skintone and cover up minor blemishes and bits of redness then this will be entirely your bag. It has the comforting plumpness of a tinted moisturiser but the coverage of a foundation – ideal summertime makeup.

(Or anytime makeup, really; you can build this up really well if you prefer a fuller coverage and it sheers out nicely if you mix it with a little bit of moisturiser.)

Let’s go straight in for the close-ups – here’s the before and after: 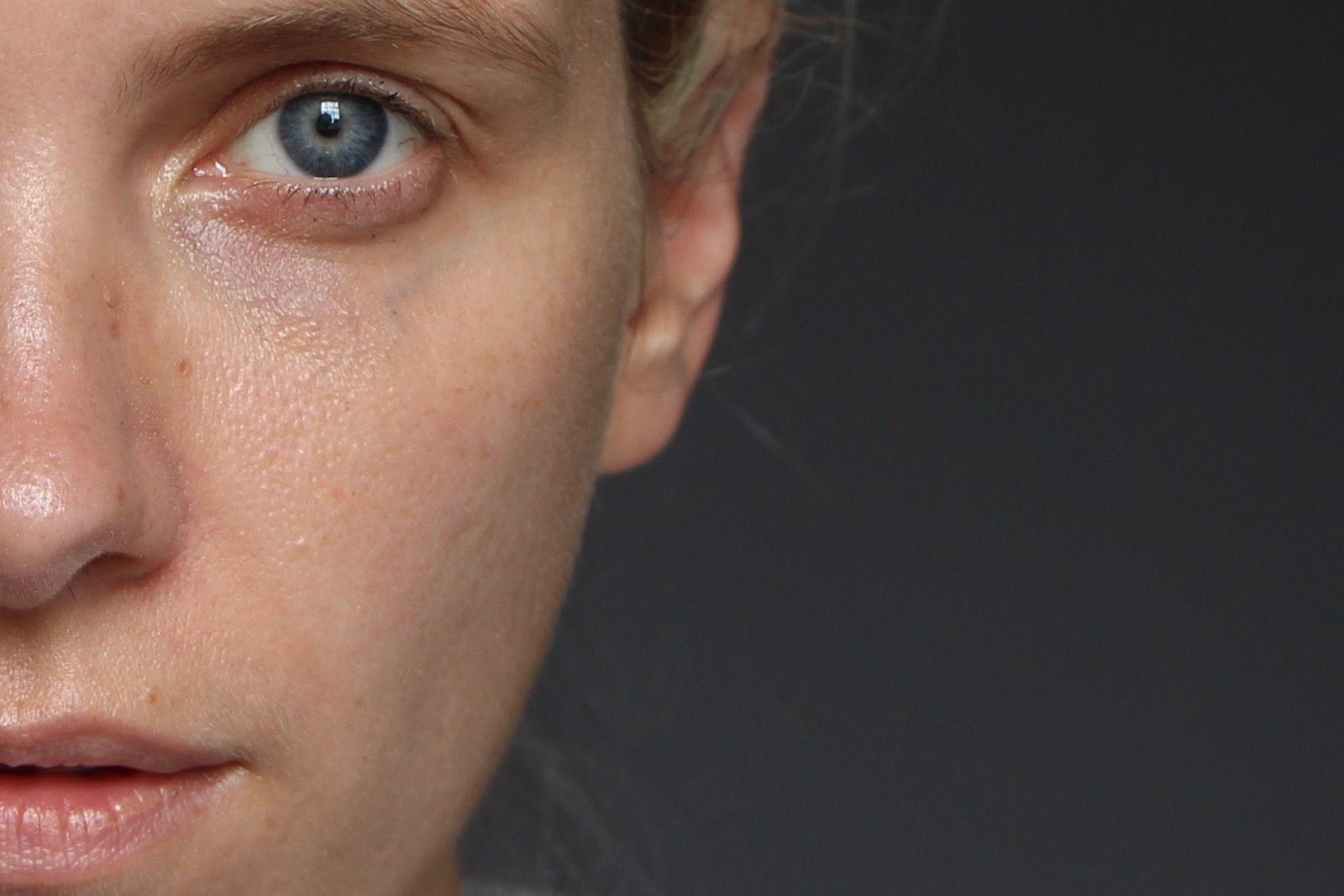 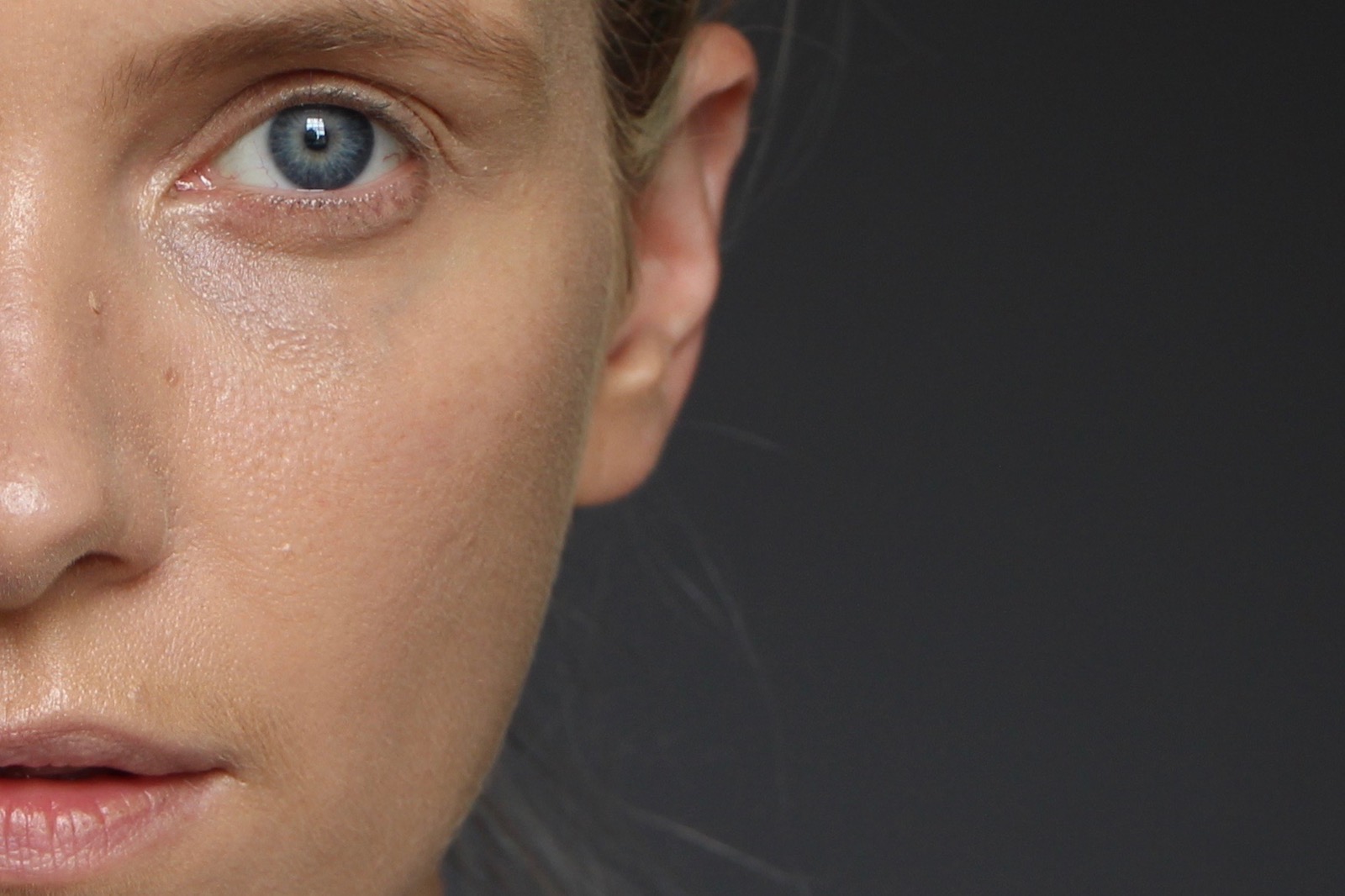 You can see that it’s not a blank-it-all-out foundation, but it gives a general evenness in tone, knocks back dark circles and leaves the skin with a juicy sheen. (Unfortunately it does nothing for my side-tache problem, but obviously that requires more drastic action. Something sharp and/or pointy.)

I’ve only applied one quick layer of the Futurist Hydra Rescue Moisturizing Makeup here – one thing to note is that it is very moisturising and so if you wanted to build it up to a fuller coverage then you’d have to deal with the extra moisture. If you have very dry skin then that’s all fine and dandy but for anyone else then it’s a bit of a convoluted way of getting high coverage – if it’s blemish obliteration you’re after, but still want glow, then I’d opt for something like Dior’s Forever Skin Glow*. 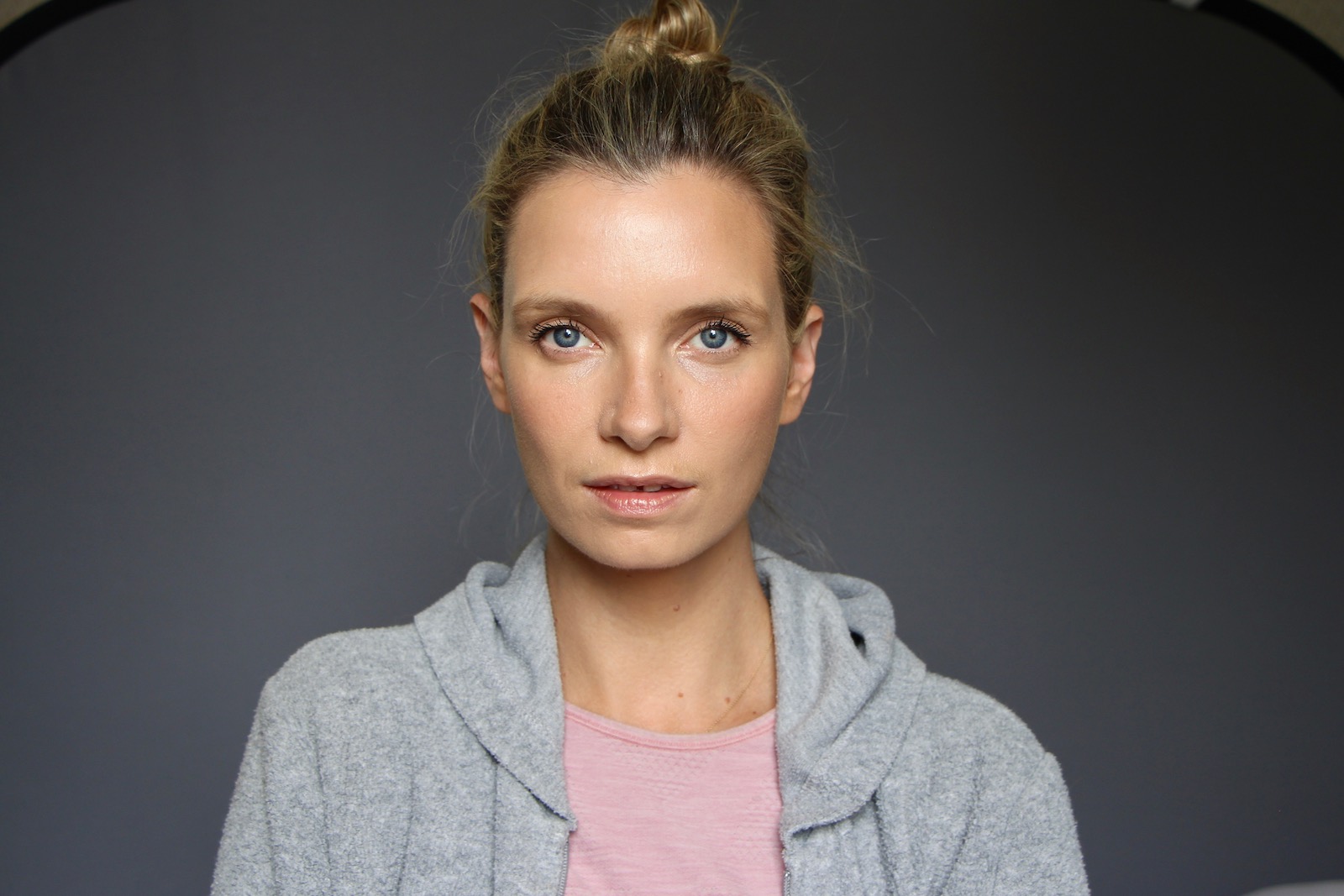 But with a sensible, medium-coverage application of the Futurist foundation there’s no residue left behind on the skin – it just feels comfortable. Surely that’s foundation finish perfection? In terms of lasting effects I get good coverage for the majority of the day with only a tiny bit of slippage on oilier areas – for me that’s the nose and chin. Again, something like Dior’s Forever would have better longevity, but I wouldn’t get that same plumptious feel and ultra-fresh, informal kind of look.

Estée Lauder’s Futurist gets a huge tick from me – it’s such a welcome addition to their foundation line-up. There are twenty shades (of which six are light, six are medium and eight are dark) the tube packaging with the pump dispenser is lightweight, travel-friendly and non-messy and there’s a built-in broad spectrum sunscreen (UVA and UVB protection) with SPF45. 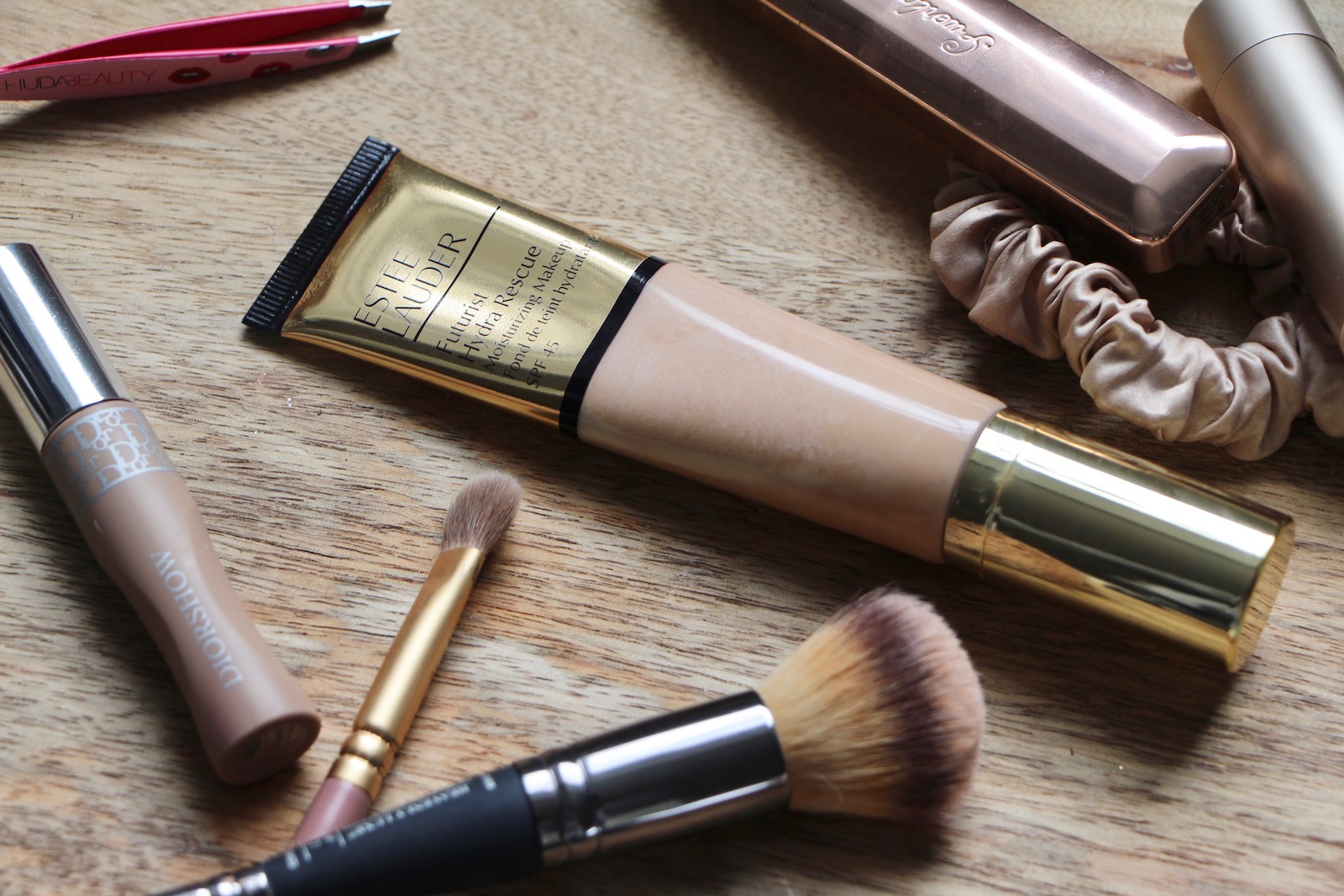 You can find Estée Lauder Futurist Hydra Rescue Moisturizing Makeup online here* for £36 as well as at Feel Unique here* and Selfridges here*. I use shade 2N1.

If you’re looking for the same dewy glow but slightly less coverage, I’d highly recommend Clinique’s Even Better Glow – you can find my full review here.