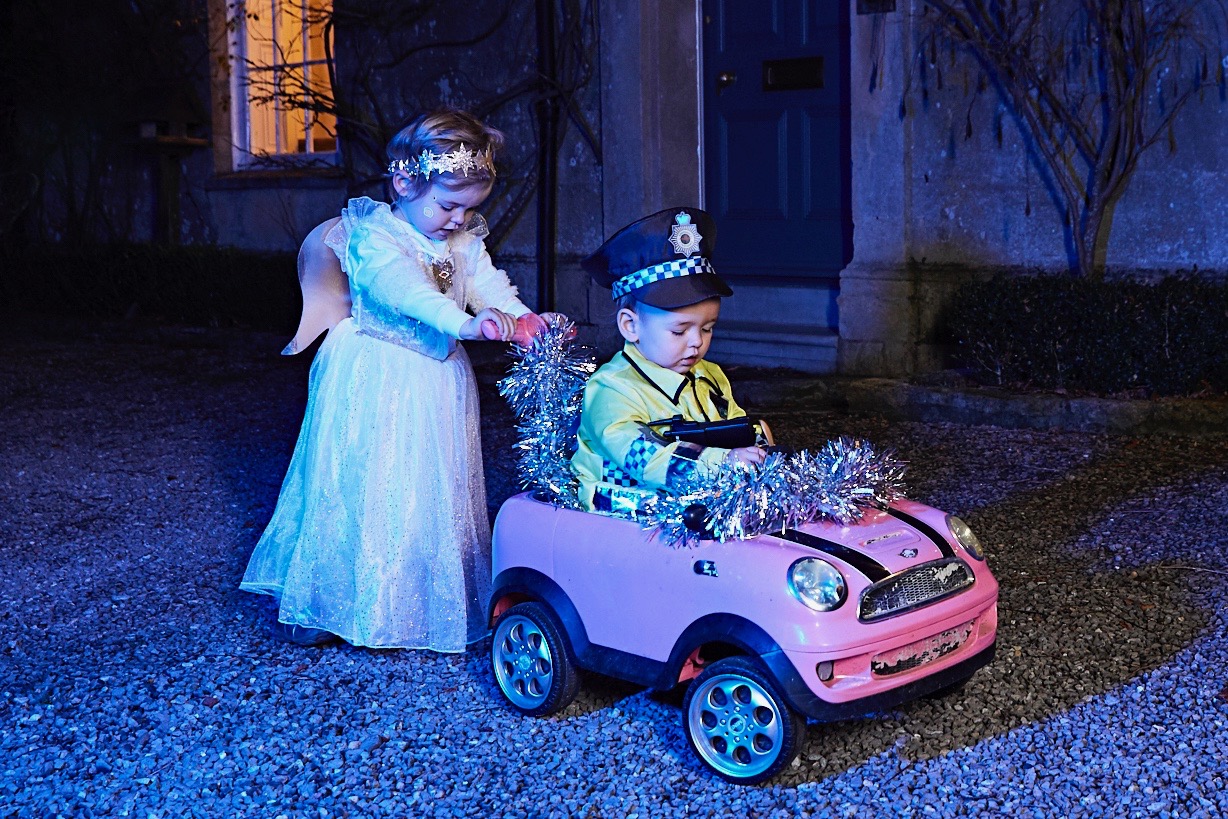 Happy New Year everyone! I wasn’t supposed to be back at work until at least the 7th January (preferably the 14th) but then I remembered that my life update goes out on the third of every month and my superstitious nature won’t let me bend the rules and postpone it.

So here I am, popping back, most likely for a rant about Christmas hospitality and the pointlessness of turkey but also to tell you how many times my children have sneezed and/or coughed directly into my mouth since we last spoke on the 23rd December.

I have also been ridden like a horse whilst trying to scrub stains from the living room carpet, had my eyes poked when I’ve least expected it in a new game that seems to be called “EYES! MOUTH! MAMA!” and accidentally stuck my hand into a nappy filled with yellow poo. 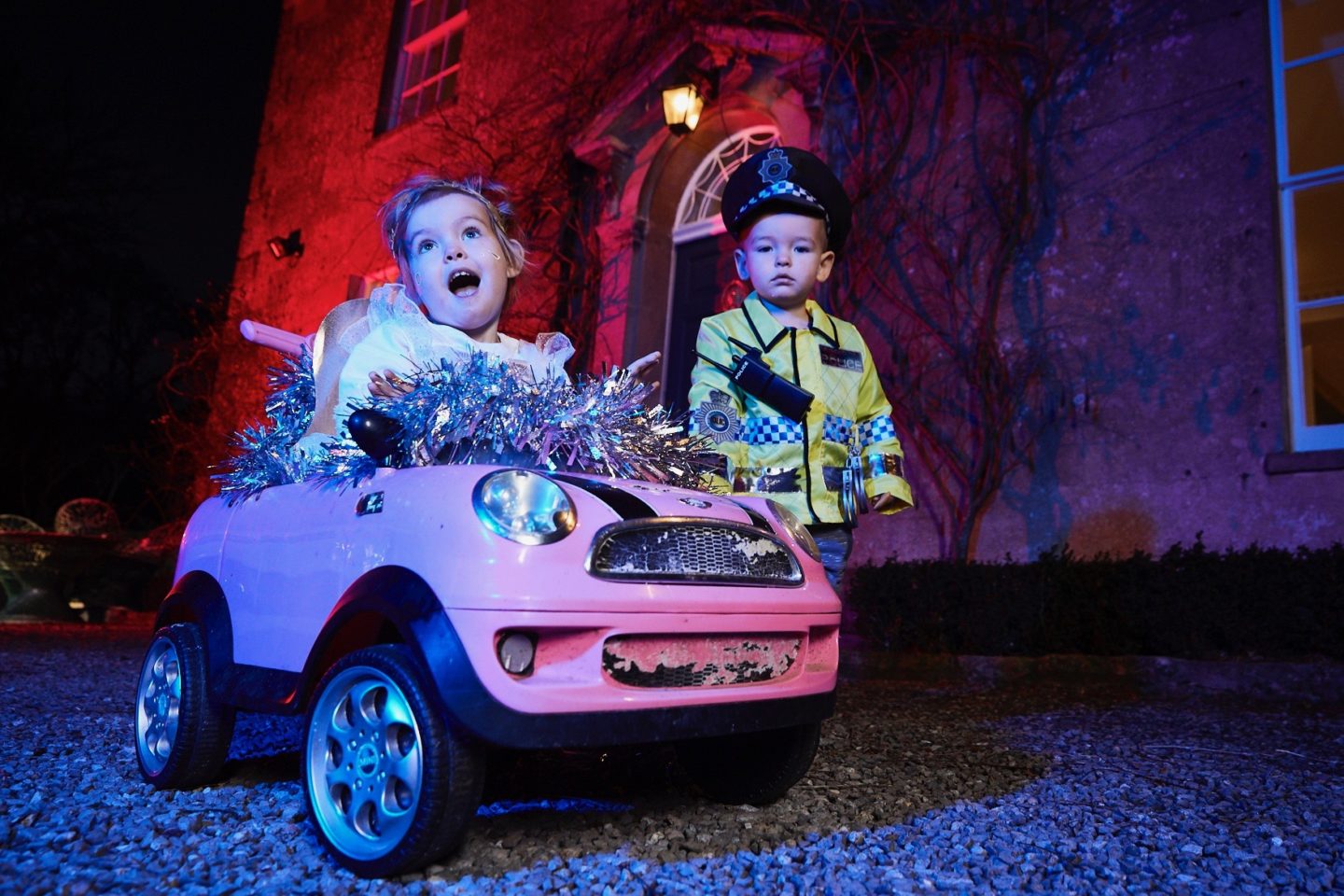 I’m bloody knackered, I tell you. I’m knackered and I just want to go to the toilet on my own for more than eighteen seconds. Some things just can’t be achieved in eighteen seconds and it starts to play havoc with your insides. Especially if your insides are formed of 76% hard cheese and 24% Lindt. And that’s another thing; it’ll take me virtually until next Christmas to be able to wear any of my normal clothes – I’m currently housed in a maternity kimono because I can’t pull on my trousers past my knees and all of my jumpers and tops suddenly look (very unfashionably) cropped. I’ve been hovering over the “buy” button on Me+Em because they have loads of slouchy tracksuit bottoms in the sale but really I should just stop eating chocolate truffles for lunch (eleven truffles = substantial energy boost) and then I could just wear the stuff I already own. Which would make more sense.

The thing is (whispers): I don’t even really like Christmas food. A bit of turkey with some cranberry sauce and gravy all floating within the world’s biggest Yorkshire pudding and that would do me. And before you all gasp in horror that I would dare to have Yorkshire pudding on Christmas day and not strictly with beef then let me remind you that a Yorkshire pudding is pretty much the only element of a roast dinner that’s worth eating. Everything else is just boring old fare you could have at any time – carrots? Oh, woo-hoo. Brussel sprouts? Don’t even get me started on them. They’re a form of punishment and not a vegetable.

Red cabbage is just a fancy, more prettily-coloured way to dole out cigar-flavoured slop and I can’t honestly see the point in slaving away over roast potatoes, spooning goose fat over them every six-point-two-five minutes precisely (Mr AMR) and then triple-roasting them in a colander with a blow-torch and a fire extinguisher or whatever it is that goes on. I’d rather have mash. In fact, next year that’s what I’m going to have. Chicken and mash. The chicken will be juicier than the turkey, the mash will require less effort than the roasted potatoes (although Mr AMR will actually divorce me) and we can have some garden peas on the side. Job done.

Less washing up, at any rate. None of the trays and dishes and gravy jugs and other bits and pieces that you don’t use at all for the other 364 days of the year ever fit into the dishwasher, which means that you actually have to use the sink, and the trays and dishes and gravy jugs just keep on coming. The grease! The burnt-on bits of stuff! It’s enough to make you want to have a long lie down… 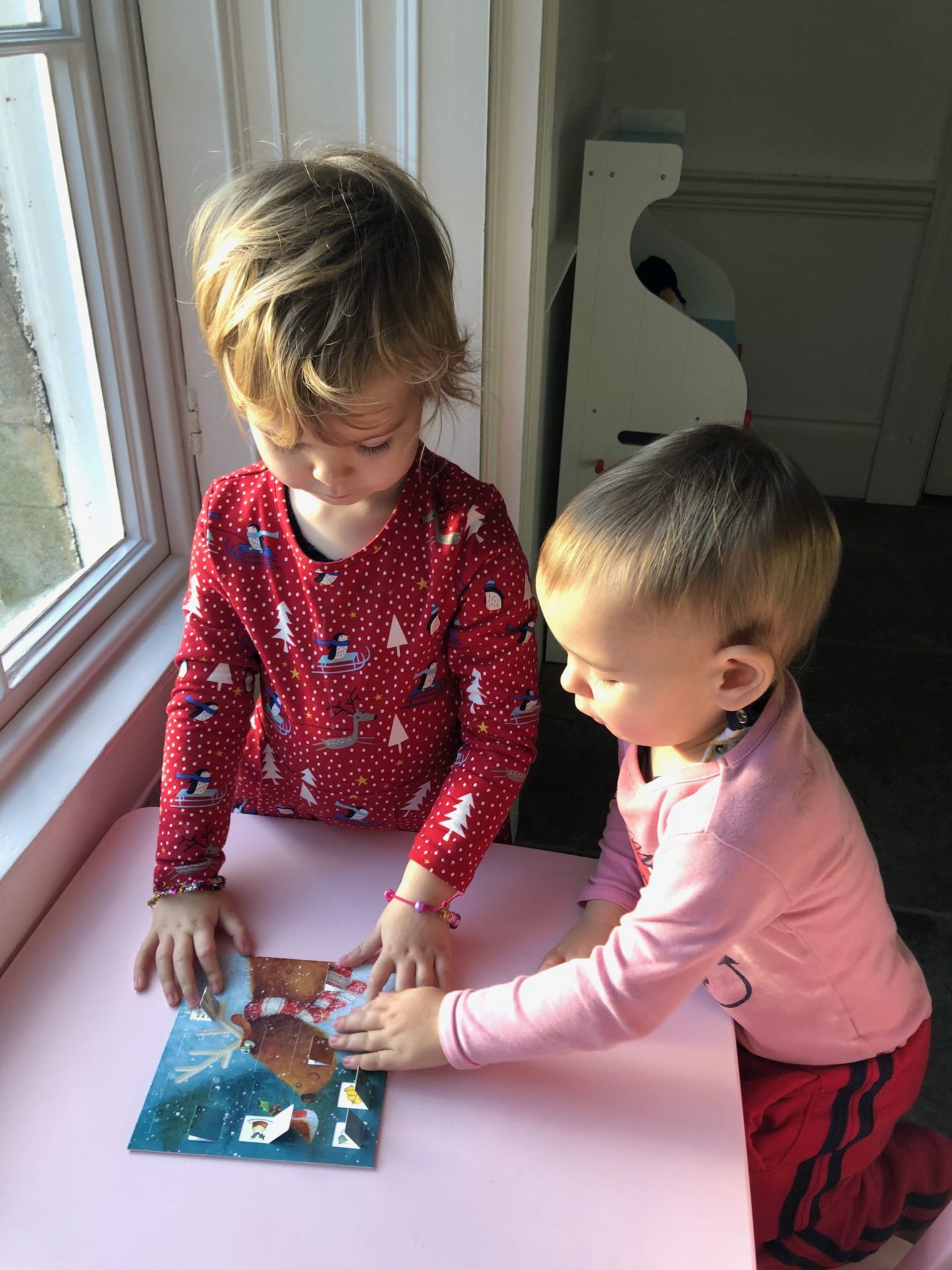 I have to say though; Angelica and Ted have been an absolute joy. Even at the meltdown times when we’ve all had cabin fever and got a bit shouty, they’ve been great value for money. Angelica understood what Christmas was this year – including the part about Baby Cheeses, which I think must be Baby Jesus, which is something they must have discussed at nursery at great length because she knows all about a thief in the market being a bad man and Baby Cheeses being a good man.

“Bow down before me, mortals!”

“Oh God, Simon, it’s that dark overlord the angels warned us about! The one who’ll lead us into temptation and basically get us all killed!”

“Bow down before me and prepare to meet thy destiny, wretched, putrid people of the earth!”

“Oh Simon, what are we to do? He’s hideous! His face is a mass of worms and his arms are made of snakes!”

“Rub your faces into the soil, mortals, and brace yourselves for an eternity of pain and suffering, for I am Baby Cheeses!”

Other malapropisms from Angelica:

“Mummy, please warm up my pyjamas on the alligator.” / “Mummy I’ve dropped my colouring book down the back of the alligator!” And my favourite of the moment, “colesnore” instead of “coleslaw”.

Ted (a month shy of being two years old) is making a hell of a lot of racket but there are no new properly-formed words yet – we have Dada, Mama, Gaga (Angelica), Bear (Mr Bear), Woof Woof (Dexter) and Vroom (car), but everything else is still a bit of an aural blur. Weirdly, Angelica seems to know exactly what he’s saying at all times and so acts as a translator, even though she’s learnt to bend her translations to suit her own needs.

“Ted says he wants to share a gingerbread man with me Mummy!” 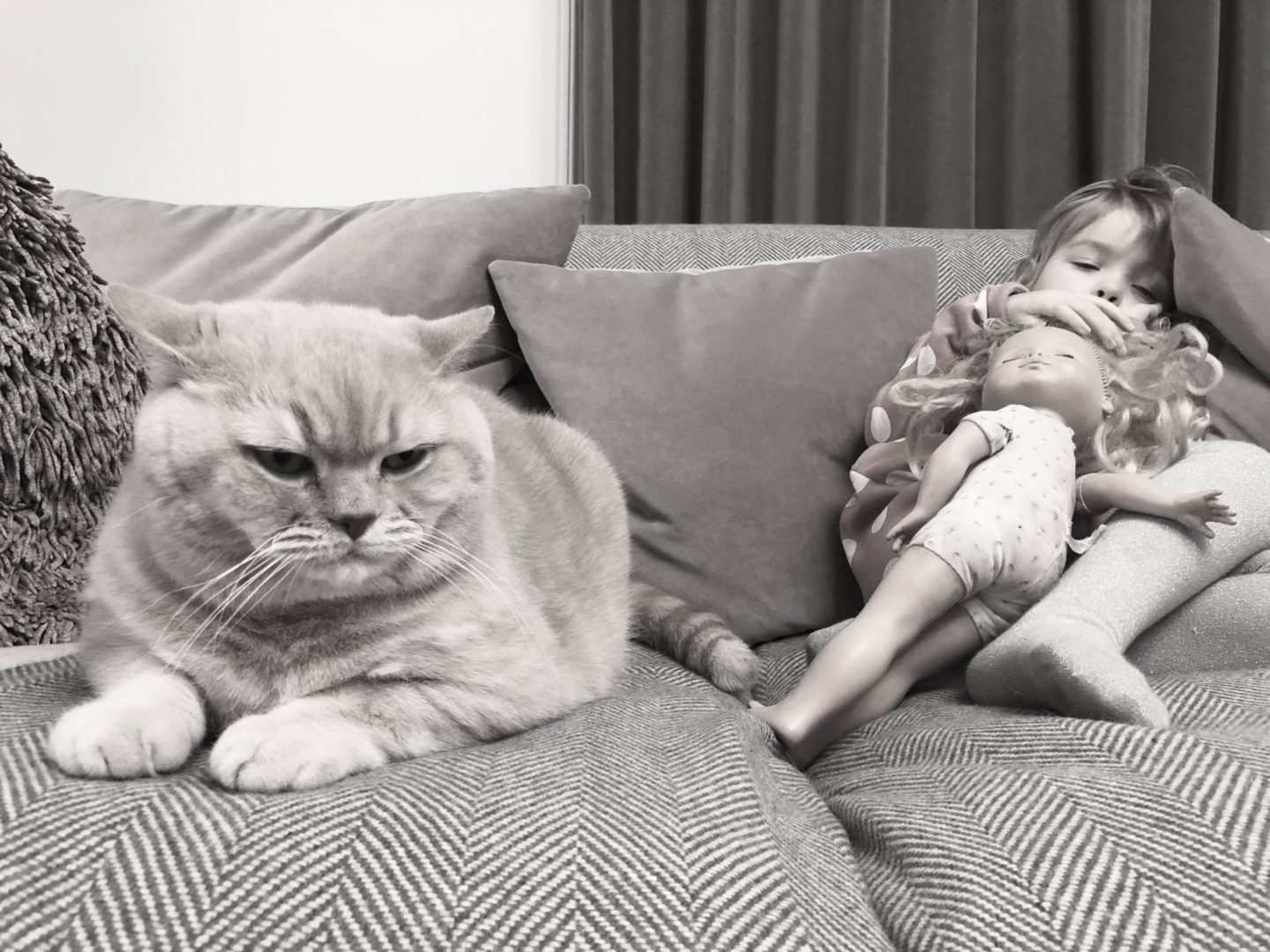 Life with two small children seems to sometimes be a relentless carousel of providing snacks, mopping up spilt drinks, shouting “I said DON’T CLIMB ON THAT!” and picking Paw Patrol stickers from the woodwork. When some friends visited just before Christmas with their own children, I realised that the adults were all dancing around the children’s dinner table like medieval servers or jesters. Passing cups, wiping spills, fetching more meat or distracting one of them so that the other could retrieve their fork or spoon without starting a small diplomatic catastrophe. Even the dog slunk around under the table catching bits of fallen bacon fat or potato, looking like a baron’s hound returned from a hunt.

But I have to say that as I saw in the New Year (entirely sober, on the sofa, eating a Mint Magnum) I realised that there isn’t a single thing I want more than this – I have absolutely everything I need within the four walls of my house. Of course, to stay sane and for personal fulfilment there are scores of work goals and other bits and pieces I’d like to manage (and obviously we need money to keep the four walls around us from crumbling down and to eat) but on a fundamental, “meaning of life” sort of level, I had a kind of epiphany. The children were sleeping upstairs, Mr AMR was flicking between Netflix, Amazon Prime and Now TV in the annoying way that makes me want to smash him over the top of the head with a griddle pan and the dog and cat were lying in front of the fire, and I just had an overwhelming sensation of calm. This is it, I thought. This is what I’ve been waiting for. 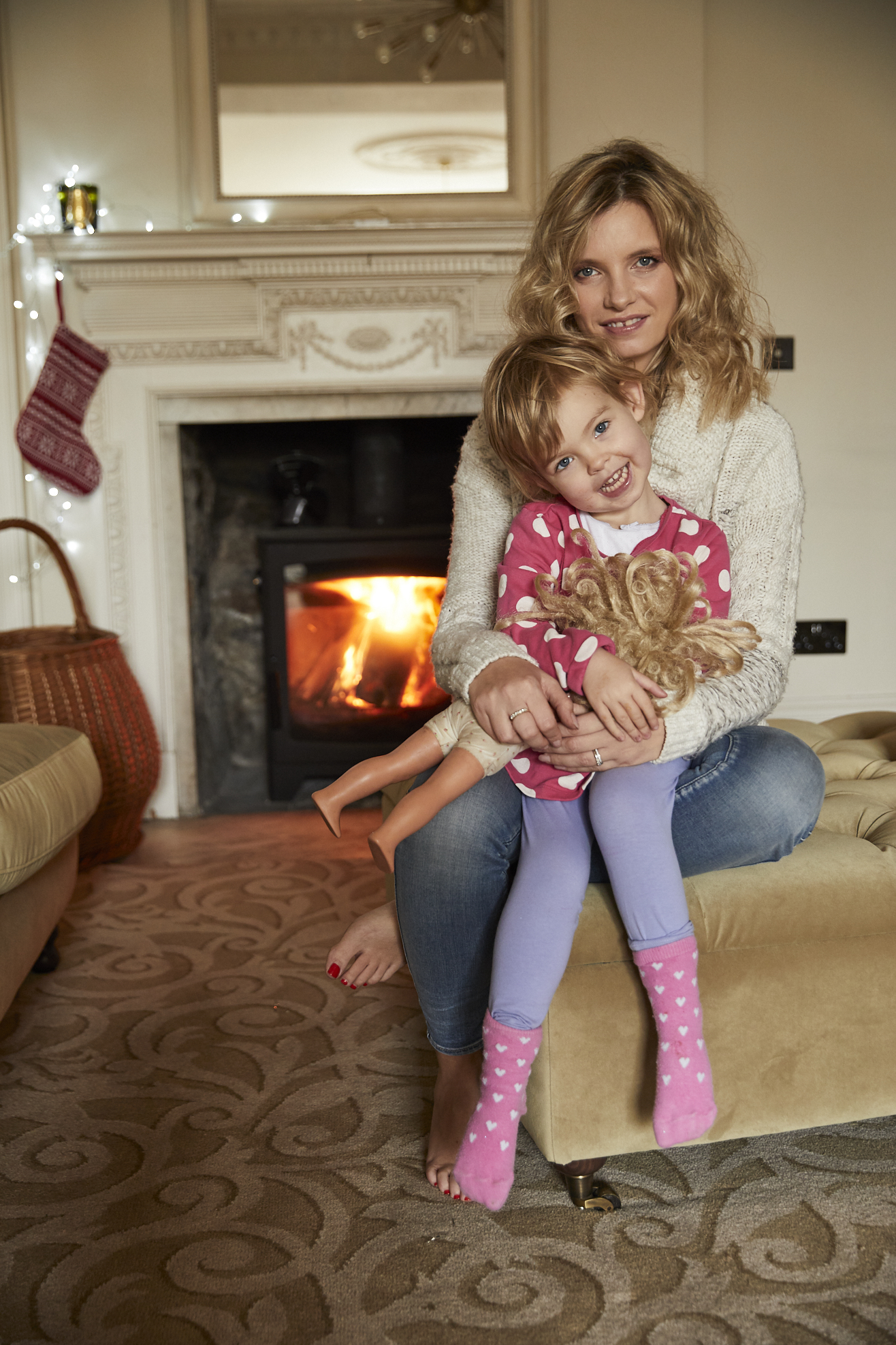 Anyway, then I got a text from Google saying that someone from Milton Keynes had attempted to access my Youtube account and then I suddenly realised I’d left the damp washing in the washing machine for six whole days so that killed the mood somewhat, but for a few seconds, everything was completely right with the world. My stars had aligned, or whatever the phrase is. Hopefully my Dad was up there with the stars, aligning them, probably really moodily, shouting at them in his broad Scottish accent (“Get tae f*ck ye stupid stars with ye stupid bright blindin’ lights!”) and I would have preferred for him to have been somewhat closer, but you can’t have everything you wish for. No matter how hard you wish for it.

Right, that’s me until next week. This was just a brief pop-in because a) I can’t ever be late with a Life Update  post and b) I didn’t want you all to forget me. Our nanny started back today (I’ve actually increased the days from two to three days a week for a few months because I have a huge project I’m finishing off) and so I’m going to do really relaxing things like tidy and sort out the airing cupboard and find the missing statements that my accountant needs. I’m actually missing Ted and Angelica, even though I can hear them in the distance, bashing the ride-on plastic car into the kitchen cabinets and slamming the doors – isn’t it funny how you can feel so overwhelmed one minute, desperate for just the shortest of breaks, and then so needy and guilty the next?

Tell me about your Christmas “breaks” and “holidays”: has anyone actually managed to relax? Because I’m beginning to remember Christmas life pre-kids and that wasn’t any less hectic either: as the most portable, flexible adults, we were required to do what was known as the Festive Tour, which meant driving around the UK like lunatics stopping off at various friends’ and relatives’ houses to sleep on camp beds and sofa pull-outs. And loads and loads of sustained, low-level alcohol consumption, rather like at a wedding, so that we were never fully pissed but just always kind of groggy and blurry and tired. I used to get to January 2nd and feel as though I needed to take a bath in Berocca and now I feel the same but for very different reasons! Tell me all: I await your anecdotal material with a level of enthusiasm that’s not quite proper.