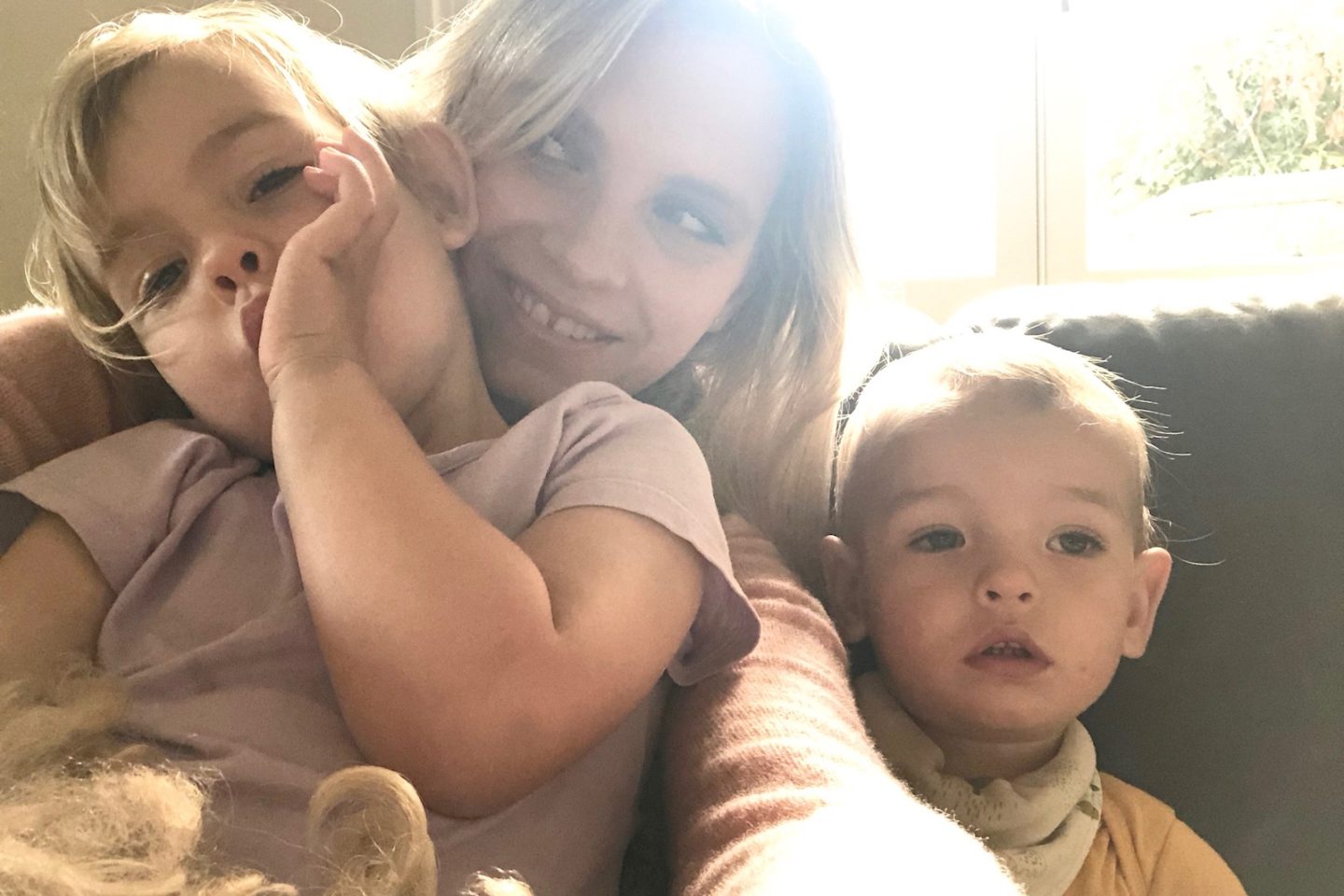 If you’ve ever wondered how hardy kids’ clothing is, then let me tell you that it does not withstand being repeatedly sandpapered. A couple of weeks ago we went to visit Mr AMR’s cousin and she had a ramp in the garden for her little dog, who is quite old and can’t jump up and down the step to the patio. Ted obviously took an immediate shine to this ramp and spent two and a half hours sliding down it and then trotting back up.

I should have realised, really, that the ramp wasn’t suitable for sliding, because Ted was having to put a hell of a lot of effort into the downwards journey – I mean a slide is called a slide for a reason isn’t it? The whole point of a slide is that there’s very little in the way of friction so that you can enjoy the sensation of temporary near-flight. Wheeee!

But it wasn’t a slide, it was a ramp, as I’ve already detailed, and not only was it not a slide, it was a not-slide that had been covered in sandpaper to stop the little dog’s paws from slipping on the slope. Well! I worked this out just a few seconds before the seat of Ted’s dungarees wore through completely. There were only a couple of strands of fabric holding the backside of the garment together and his nappy (partially shredded) was shining through. The nappy was quite warm to the touch – smouldering, in fact, and would probably have burst into flames had I noticed any later that Ted was basically acting like a giant human matchstick.

So I can tell you that baby dungarees are quite robust when it comes to being dragged through the mud; they can survive numerous poo explosions and sick incidents and they can even cope with being tumble-dried on a totally inappropriate heat setting. But they cannot last if you sandpaper them over one hundred times in the space of half an hour. And then carry on for two more hours.

What else have I learnt in the past month?

Many of you have been asking for an update on the baby sleep situation. I wrote a post a few weeks ago (it’s here) talking about Ted’s sudden tendency to wake up repeatedly at night and the fact that it was driving us almost batty with exhaustion. We’re no stranger to exhaustion, here in the AMR household, but we thought we’d cracked the “sleeping through” thing back at the start of the year and had lulled ourselves into a blissful sense of false security!

I’m pleased to say that Ted is sleeping through the night again (we used the same routine as before, which is always horrendous at the time but is the only way he breaks his little crying pattern) but he’s now taking an absolute age to go to sleep in the first place! And, weirdly, Angelica (who was giving us the run around from 7-9pm every night, demanding water and songs and whispers and cuddles and then more songs and perhaps a book or two) is now asleep as soon as her head hits the pillow at 7.15.

I say weirdly, but it’s not weird at all: we dropped her afternoon two hour nap. Doesn’t take a genius to work out that it was a crucial step to take, but I have to say that we were so reluctant to get rid of it! Oh, those two hours in the afternoon, where we had both of them snoozing away and we could sneak in our own nap or get housework done or sit and stare blankly at the kitchen wall! 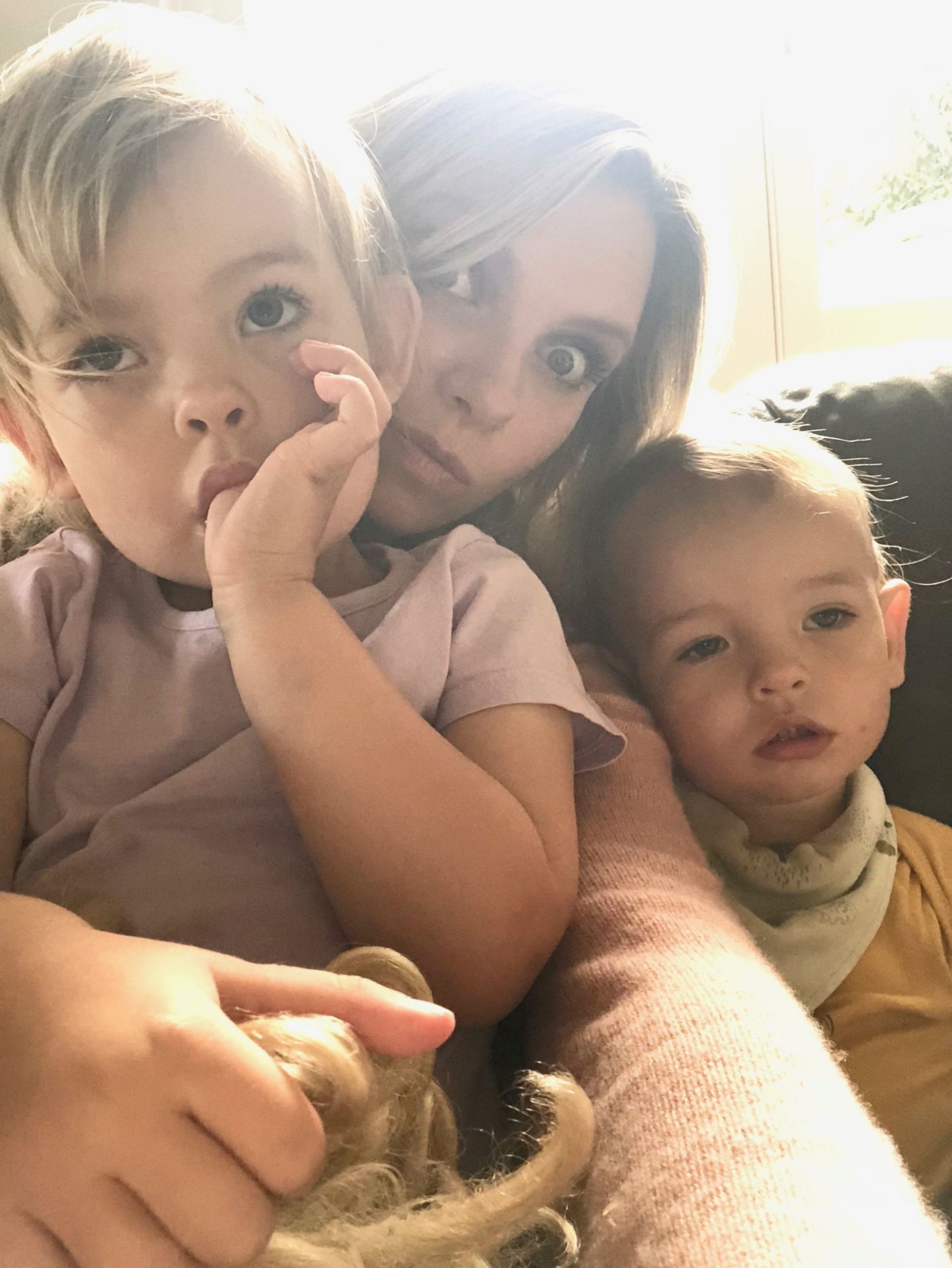 I may have to try tweaking Ted’s naps a bit too, really, if he doesn’t start falling asleep in the evening – make them earlier so that he has a longer afternoon. OH GOD THIS IS SO BORING! Sorry. It was supposed to be a post filled with joyful anecdotes – of which I have many! – but I’m doing that awful thing that you do to friends when you haven’t seen them for ages and you moan about mundane, mind-numbing things instead of gossiping about sex and drinking too much white wine.

I promise you white wine and sex in the next update.

Although, I had rather too much wine the other week at a birthday party and ended up getting roped into doing a live performance of Madonna’s Like A Prayer because the person who was supposed to do it had dropped out. Obviously I had to have a few drinks for dutch courage, but obviously I also forgot that “a few” is my absolute limit, these days, and so I should have swapped to mineral water after I got off the stage. But then I needed a bit more prosecco to stop my hands from shaking and before I knew it, I was galavanting about doing Dad Dancing to Aretha Franklin and talking to (at) someone called Barbara for an hour who was actually called Maureen. About boats. And I know nothing about boats.

Never again. The next day I couldn’t even straighten my head – it was as though someone had taken out my spine and replaced it with a metal rod. Mr AMR said that doing twenty star jumps would make me feel better, but I did five and almost fainted. Git.

Now look, these updates are traditionally about the children and I’ve said far too much about myself! But I feel as though they’ve both really grown up in the past month and it gives me the jitters thinking about it – couple that with the fact that so many friends have children going to school (or big school) for the first time this week and it all feels too emotional to write about. I did an Instagram post recently about how quickly children seem to grow up and asked people to write down the time that they realised their baby wasn’t their baby anymore – some of the comments were absolutely heartbreaking! (If you want to have a small cry then you can read them here – if you’d like to potentially destroy the emotions of others too then you can continue the conversation in the comments below.)

To end on a more lighthearted note: Angelica (aged three and two months) has an imaginary enemy. Not an imaginary friend, like most children, but an evil mermaid enemy who has yellow hair. Her name? Vitamin. VITAMIN! Ted (nineteen months) has no imaginary friends that I know of, but then he can’t speak yet so how would I find out? He can say “bubbles” and “woof woof” and just about say “hello” (HA-LLLO!) but his mouth is always too full of stones to form words properly. Honestly, I don’t know how he manages to a) find so many stones and b) get them into his mouth so quickly! Every time we step outside I have to tell him to “spit it out” and he’ll open his mouth and a wet stone will fall to the floor. It’s like they jump into his mouth by magic. I have to watch him like a hawk. Today I went to feed him a blackberry and he held his hand up flat, as though telling me to wait a second, removed a stone from his cheek and then popped the berry inside! I’m going to have to muzzle him.