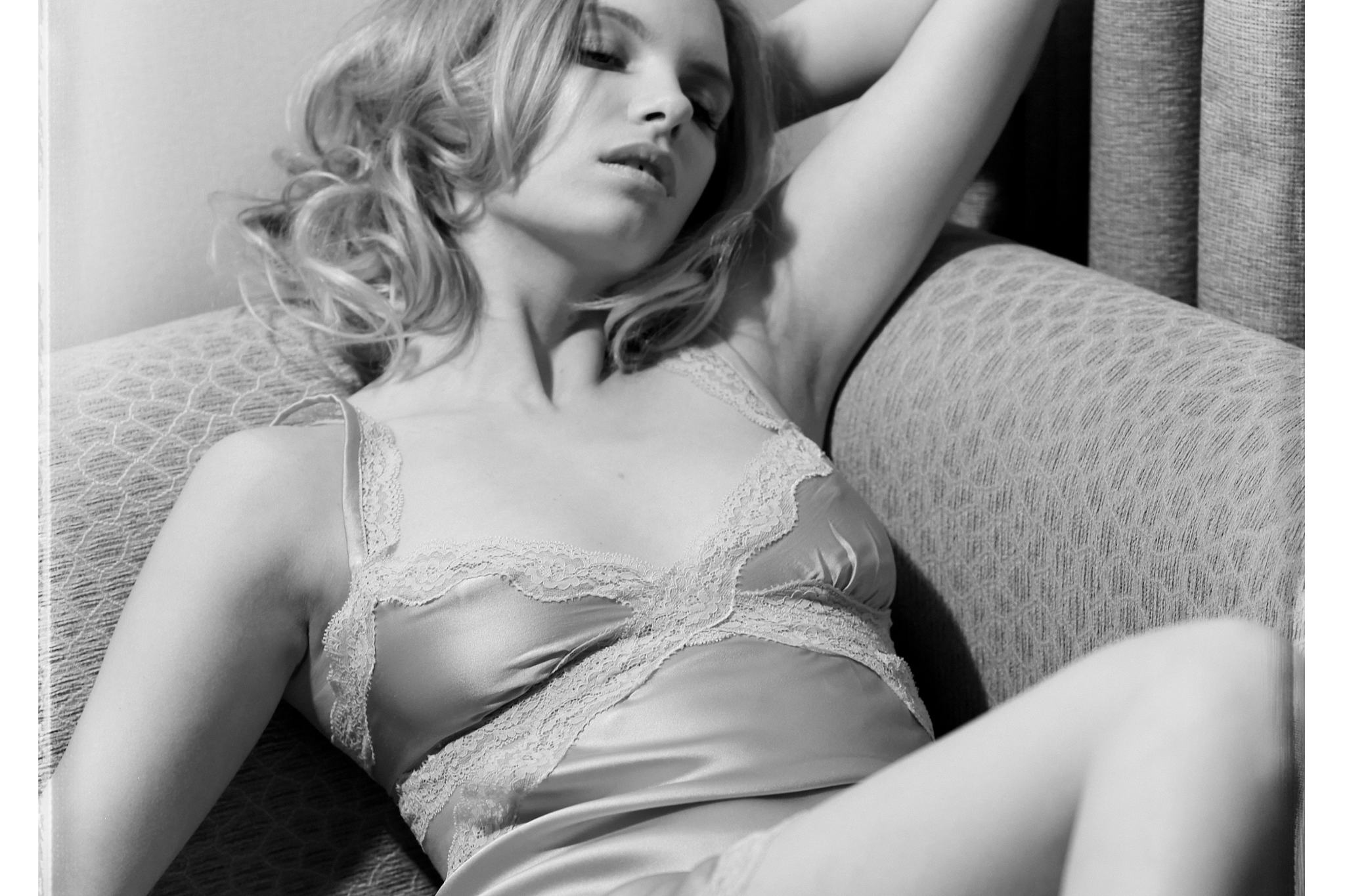 Just wondering if anyone can help me out with this email I’ve just had – I’ve obviously managed to get myself into a bit of a pickle. Not for the first time, I should add. Every time I sift through my junk mail I’m being blackmailed for one thing or another!

“In case you didn’t get the last email. Pay attention now.
You have used Zoom recently. And I have very unfortunate news for you.
I’ll give you some background on what happened.

There was a zero day security vulnerability on Zoom app, that allowed me a full time access to your camera and some other metadata on your account.
Basically, you were hacked.
And as you can imagine in your worst dreams, I have made a footage with you as a main actor.
Where you work on yourself (perform sex act to be clear). Having fun is ok with me, but is not ok with your reputation.

Please dont blame me or yourself for this. You couldn’t know that the camera was working.
I’m sure you don’t want to be the next Jeffrey Toobin and get embarrassed in front of all your friends, family and colleagues.
You should get this very clear, I will send this video to all your contacts if I dont get paid.
Are you wondering how I got your contacts and emails? Through the same exploit, zoom app allowed me to extract all sensitive info from your device.

So here is what we will do. You pay me $2000 in bitcoin, and nothing of this will happen. You have 2 days to make the payment.
After I get the money, I will delete the footage and information about you. The amount is not negotiable.
Send 0.11 Bitcoin (less than 2k USD at the current exchange rate) to my wallet.
Having trouble with buying bitcoin? Just google on how to buy it, it’s very easy to use and anonymous.
P.S. Don’t try to report this to the police, I use TOR and bitcoin can’t be traced. Do not email me back. If you do something stupid, I will distribute the video.
Good luck. Don’t stress.”

This isn’t my first time at this particular rodeo, people (you can read about my other alarming experience with a potential sex tape scandal here) but the whole thing is still slightly confusing. Because I can’t actually remember performing a sex act on myself during the last Zoom conference I participated in, but then I can’t even remember where the charger for my iPhone is or what it was like to sleep in past 6.30am and so it’s perfectly possible I did something disgusting and depraved without even realising.

Although, come to think of it, my last Zoom call was at the weekend, on my 40th (happy birthday to me, thank you thank you) and involved eight of my family members, wearing silly hats and playing a game of Mind Meld. So it’s unlikely I managed to fit in a session of self-pleasure – or, as it’s so practically put in the email, find time to “work on myself”. (“And BACK and FORTH and BACK and FORTH and BRING ON PHASE TWO!”)

Regardless, this anonymous, dastardly blackmailer (probably on the FBI’s most wanted list) has evidence of my sex act and my reputation is at stake. Anon is going to make footage with me as the main actor which could quite possibly destroy my impeccable public image. (Or catapult me to fame, just like Hilton, Kardashian et al.)

What to do, what to do? Can I take the risk that my public image may be left in tatters, or could it be great for A Model Recommends to get a new, main-actor-in-sex-footage lease of life? Now I’m forty, perhaps it’s time for a change of direction!

But there are many questions that need to be answered before I can make a considered, sensible decision.

And do you think it would be acceptable for me to make some requests as to how this footage is going to pan out? Ultimately I wouldn’t mind directing it. Perhaps we could reenact that scene in Taboo where Tom Hardy tries to copulate aggressively with his sister (it’s sexier than it sounds, you had to be there). I don’t like too much unnecessary sex talk, which probably wouldn’t make for the most engaging dirty movie, but I’m sure Tom’s actions would speak louder than words! He only has about five lines to say in Taboo anyway (you can read my post about that here) so you’d hope he’d be big on action.

Actually, this whole sex-tape idea isn’t turning out too badly. I don’t know why I was even (un)worried. Anyone fancy a copy? It’s already going to all of my contacts, which means that all of the people with obscure names like “Lisa Shelves Woking” and “Javid Sports (Knees)” and “Michael Windows Remember Call” will be getting a thrill!

(Does anyone else use the first name/last name/company entry fields as a sort of temporary notebook? I know that Mr AMR does. He has no actual full names in his contacts, just first names and then two clues as to who the person is. It helps him remember. His lists look like this:

I have contacts from around fifteen years ago and I have absolutely no idea who the people are. The only time I even realise I have them stored in is when I use my car phone thing, where you say “dial whoever” and it phones them from your iPhone. Except it never actually phones the right person.

So yes, a lot of mystery people will be getting my explicit green-screened tryst-with-self, co-starring Tom Hardy. Because I’m definitely not going to give into demands and pay those 2000 bit coins, even if I knew how to pay something in bit coins. Even if it means that – should things go tits up – I might be, as anon warns, “the next Jeffrey Toobin”.

The thing about Jeffrey Toobin is (pencils and notebooks at the ready!) that he most definitely knew he was performing a sex act upon his own person (little Jeff, let’s call it) in front of his laptop. Even if you think the camera off, it’s just a crazy thing to do. Personally, I think if you have a penchant for fiddling then it would be wise to make some sort of makeshift camera lens cover for your laptop. A piece of masking tape would do it and isn’t too technically challenging.

We have a masking tape cover over the camera lens on our Peloton exercise bike and we don’t even perform sex acts when we’re on that. I just don’t want people accidentally seeing my sweating, gurning face as I pedal like a maniac to nineties R&B. I cannot for the life of me fathom why anyone would want others to see them as they sweat away on an exercise bike, but the camera is there, nevertheless, for those who want it.

Thinking about this camera cover thing some more (quiet news day here!): shouldn’t the laptop itself come with a lens flap? Like those glasses that have the flip-down shades, you could have a little lever that covers the camera. The online equivalent of a condom. Because as we all know from our teens and trying not to get accidentally up the duff/landed with an itchy STD, nothing beats a physical barrier! It’s all very well having a little light on the lid that tells you whether the camera is on or off, but do you really trust it? It’s like trusting John from lower sixth to pull out. Computers would have no moral qualms about overshooting the mark, so to speak.

God I don’t know what’s happening with this life update. I was going to write about the cost of organic kids’ snacks (which I don’t buy because they’re more expensive per gram than, I don’t know, white truffle) but here I am thinking about flaps and Jeffrey Toobin and laptop modifications.

By the time there’s a next (hopefully more sensible) life update we’ll have had Christmas and I’m planning a lengthy festive break – three, perhaps even four weeks! – so I’m not sure whether it’ll be published on time. The thing about taking a break is that if you even have one smallish thing to do, that’s related in some way to all of your other work, you’ll just end up working. “I’ll pop on quickly and write my life update” will become “I’ll draft that piece on best acid exfoliants” and then “I’ll just make a quick Instagram video to go with it” and then the holiday will be no more.

So I’m warning you in advance. There will be other posts before Christmas, but when the Out of Office sign goes up and the camera flap goes down (lol!) I’m kicking back and seeing 2020 off in a totally relaxed, non-work-mode manner. In the words of the infamous Zoom Sex Tape Blackmailer: “Good luck. Don’t stress.”

[Photo credit: if you know who took this then please tell me because it was a long time ago. Obviously. I don’t look like this in a negligée now. I don’t think I even own one.]