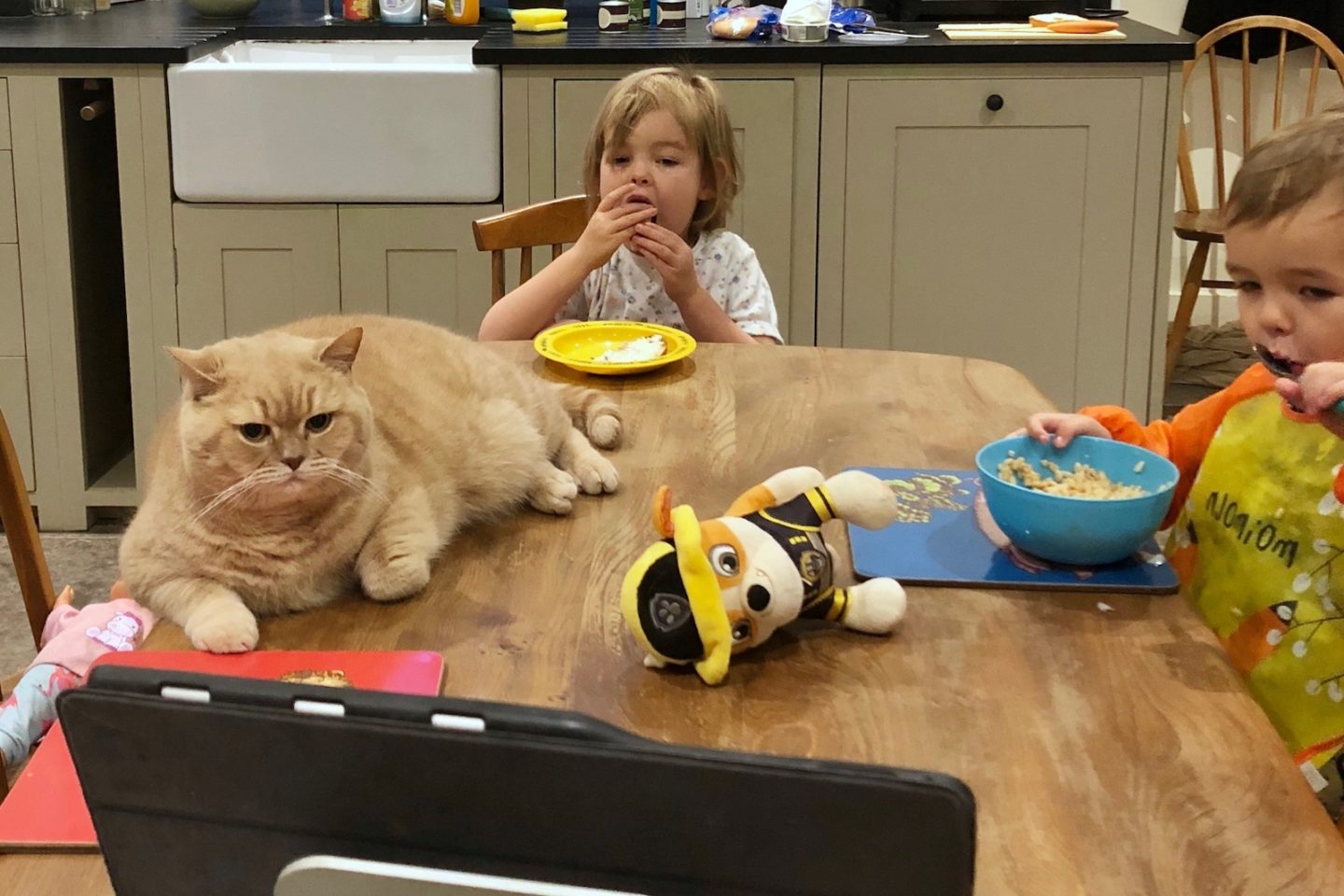 Life update time – I know how keenly you all look forward to my inane twaddle about domestic affairs. I feel as though this is almost a bonus ball, too, because last week you had a rant about pumpkins which was a life update in itself. Or at least an update into my (unhinged?) state of mind!

Angelica is four and four months (ish) and today, on this very day, Ted is precisely two years and nine months. I am three weeks shy of thirty nine. The earth is approximately 4.543 billion years old. And now that we have established everyone’s ages, shall we get down to the fun bits?

I went to parents’ evening the other week and sat in the smallest chair I’ve possibly ever squeezed myself into. As an adult. (Apart from a Ryanair flight to somewhere called Paris Beauvais Tille, back in about 2002. That aeroplane seat was probably tinier. Also: Paris Beauvais Tille turned out to be nowhere near Paris. It would be like calling an airport “London Peterborough”, or “London Stansted”. Oh.)

I wondered whether anyone at parents’ evening had ever broken one of these tiny plastic chairs because – not to cause controversy – I’m not even particularly heavy yet still the chair legs were wobbling about precariously. Things must get kind of dicey. I wonder if they have a spy camera on the wall ready to catch the moment that a chair breaks so that they can send the video to You’ve Been Framed.

Anyway, I went to parents’ evening and looked through all of Angelica’s little books and diaries and I suddenly felt a weird and almost overwhelming sense of detachment. I don’t mean that I felt detached in that I wasn’t bothered or that I didn’t feel as though I wanted to be involved, I mean that she suddenly felt so detached from me!

It dawned on me that there she is at school, living her own little life – a life I hardly know anything about because she’s always too tired to tell me – and doing joined-up writing and adding up numbers! What the hell? How did this happen? I’ve gone from knowing every single detail about her day, down to the smallest yawn or the longest toilet trip, to knowing absolutely nothing. 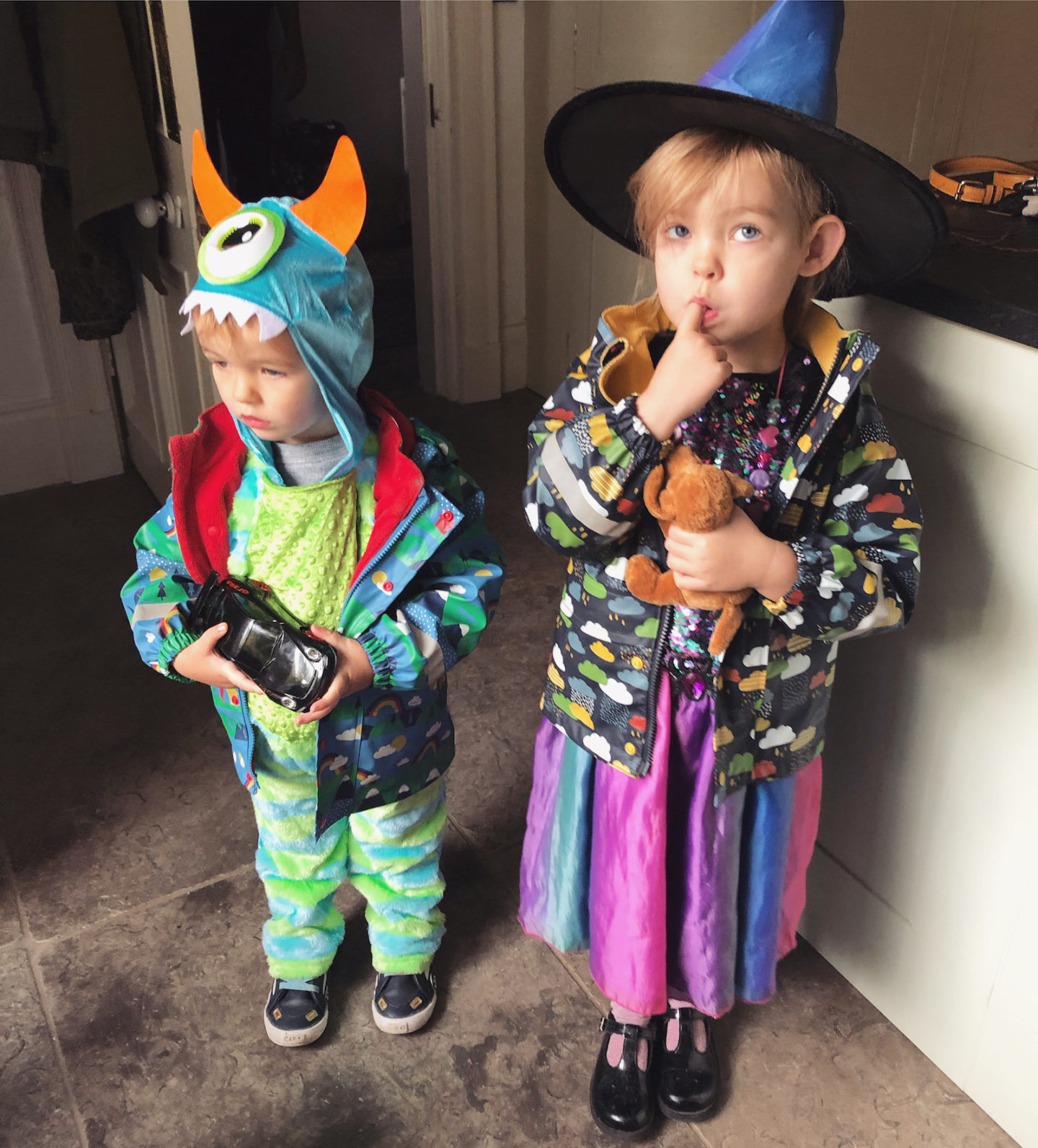 And on one hand this unnerves me slightly, because it’s a big old change and a sudden one at that, but on the other hand: BLOODY BRILLIANT! Isn’t it great to have someone else to rely on to educate your kids? I’m aware that education starts at home, yadda yadda, but knowing that there is someone out there doing all of the letters and numbers with them so that you don’t have to (as much) is a blessed relief, isn’t it? It takes the pressure off, surely?

So, as always, it’s a game of two halves, this particular milestone. The school milestone. Bittersweet. On the one hand I miss her massively during the day, on the other hand I get to spend a bit of time lying on my bed in a damp towel, thinking about how clean and tidy the world would look if we turned it upside down and the ceiling was the floor… 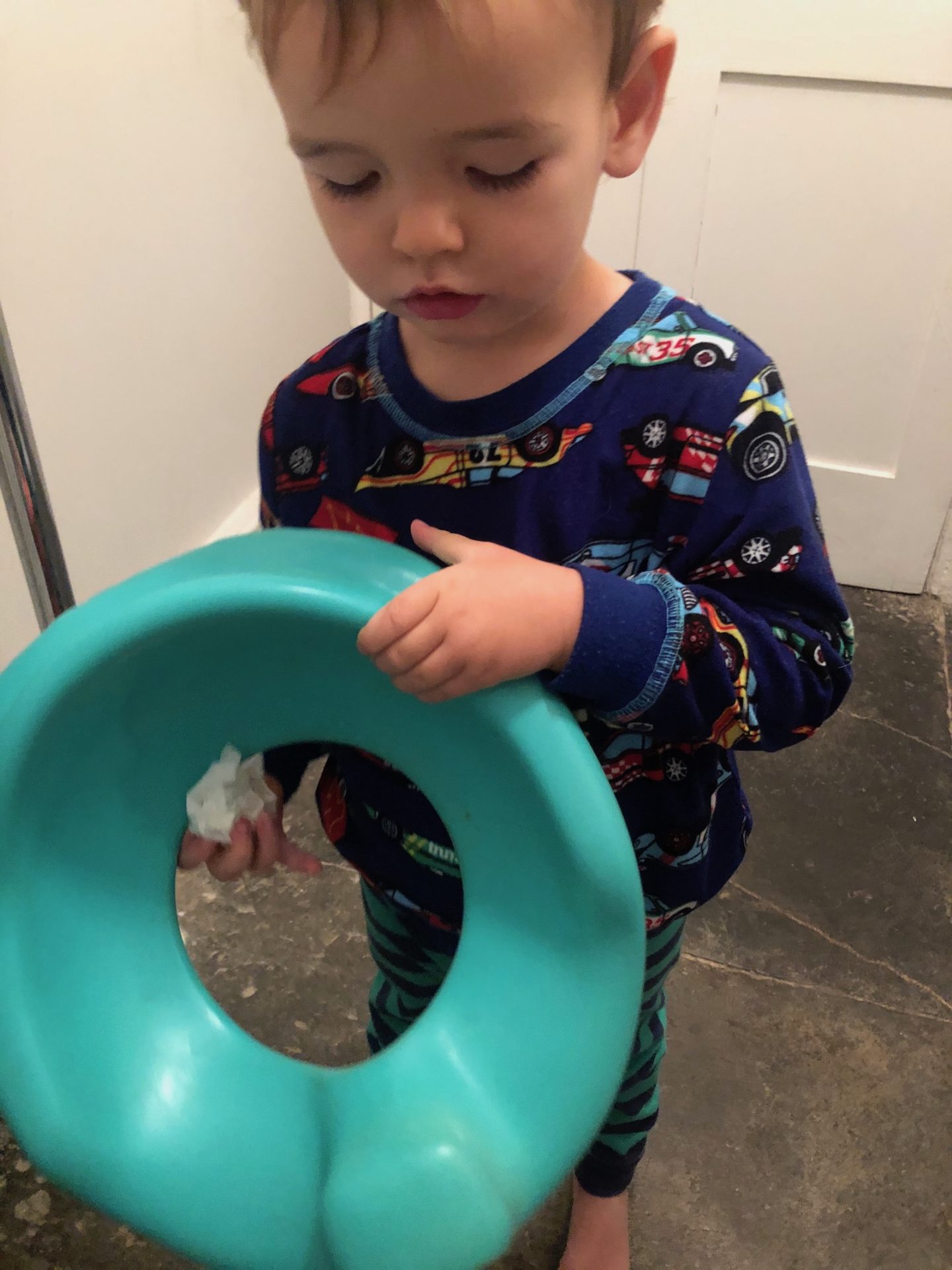 Who ever thought potty training was a good idea? It’s a nightmare! Or is it just boys? I say: just wait until they are actually so ready to use a toilet rather than poo in their pants that they’re clawing at the bathroom door. “Open the door, Mum, I really want to poo in the toilet, all me mates are waiting for me out on the lane and it’s getting embarrassing shitting in these adult nappies!”

Joking, obviously. Nobody wants a teen who can’t yet use the toilet. But this pressure to train them into it – knowing when to start, how to start, it’s an absolute minefield! I feel as though potty training is like getting a puppy – your life is on an even keel and feeling relatively easy for once, and you look around and wonder to yourself, how can I possibly make my life really, really difficult? Hmmm.

Because if you’re potty training then it’s likely that your toddler is sleeping through the night. Right? Surely you wouldn’t even go there on no sleep? So you’ve done the baby years then a bit of the toddlerdom and they’re maybe starting to do quite grown-up things like talk and rationalise and spend ten minutes on their own without almost killing themselves; they’ve stopped putting small, random choking hazards into their mouths and they perhaps no longer need a bib… What, what, you ask yourself, could we do to completely f*ck up our lives.

I know! Let’s remove the nappies and let the child roam free around the house, increasing the potential for them to smear shit on household objects and soft furnishings by approximately 820%. What a great idea.

Actually, I’m saying a lot of this for effect: Ted is doing very well and is now actually asking to go to the toilet when he needs a wee. It’s just the poos that seem to be more difficult. (Apologies if you’re reading this post and have absolutely no interest in child toilet habits – it’s just that it has dominated the month.) Not too many accidents, but I must say that potty training Angelica was an absolute breeze in comparison!

I was going to do a little life update on myself, but I don’t want you to be bored to tears. Work, work and more work. An hour of Netflix every night with some dinner, ten minutes of reading before bed and then blissful sleep. That seems to be my daily pattern at the moment, unless I have something to do in London, in which case it’s work, work and more work, followed by wine and wine (I try to keep it to two glasses) and then a bit more work (because there’s nobody to tell me to stop) and then bed. I have dozens of hotel reviews to write up, actually, so I must get onto that – do you like hotel reviews? If you’re not particularly bothered then perhaps I’ll squish them all up into one long post…