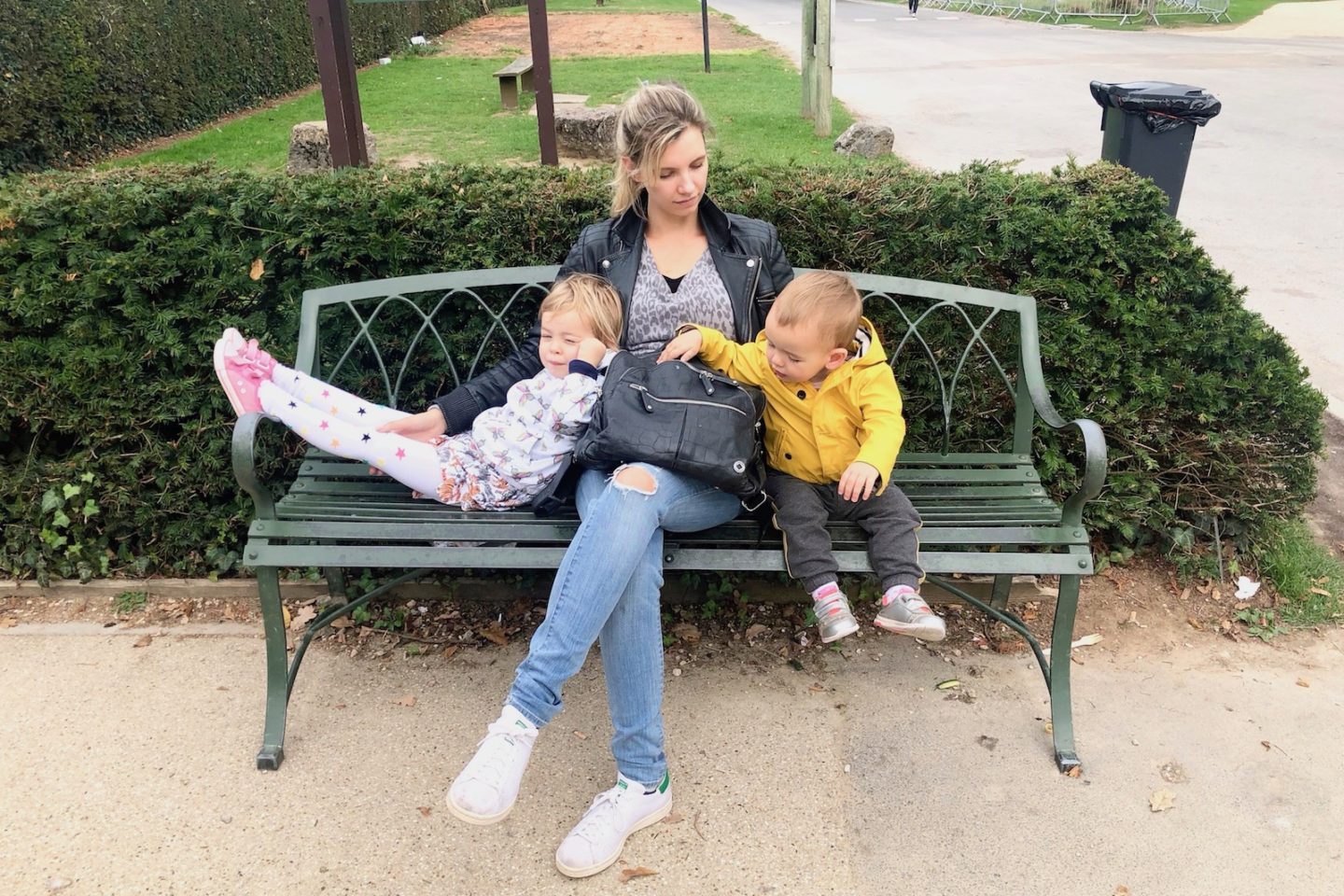 I’m having one of those evenings when I feel as though I’m most definitely losing at the whole parenthood game. The tedious bedtime battles continue and the longer the battle goes on for, the more wound up I get. Honestly, it’s like being a negotiator in one of those Hollywood hostage scenarios – I try every tactic I’ve seen in the films until one of them works. Pacifying. Ignoring. Engaging. Comforting. A combination of all four.

Some nights are fine – minimum hassle – but tonight has been particularly testing. I’ve had to hide behind a wall and shout-swear silently whilst kicking things. It doesn’t help that I’ve been away for six days and everything is a little bit out of sync. Angelica has a bad cold, I have a hormonal headache that could fell a rhino, Ted is particularly averse to putting his head down and going to sleep…

Anyway, I didn’t mean to start on a bum note, but sometimes you have to vent! The amazing thing is that I missed them so, so much when I was away (it was a physical pain in my chest, I’ve never been away for longer than two nights before) but now that I’m here, sitting on the top landing with one foot inside Ted’s door (don’t ask) I can’t believe I didn’t make more of my evenings away. In that I didn’t actively appreciate them, like ooh, I’m going to dinner and I’m not so absurdly knackered I want to just lie down in the street, or, look at me, reading a magazine before bed and knowing I’m going to get a solid, uninterrupted eight hours of sleep! All I could think of was how I wanted to be at home. 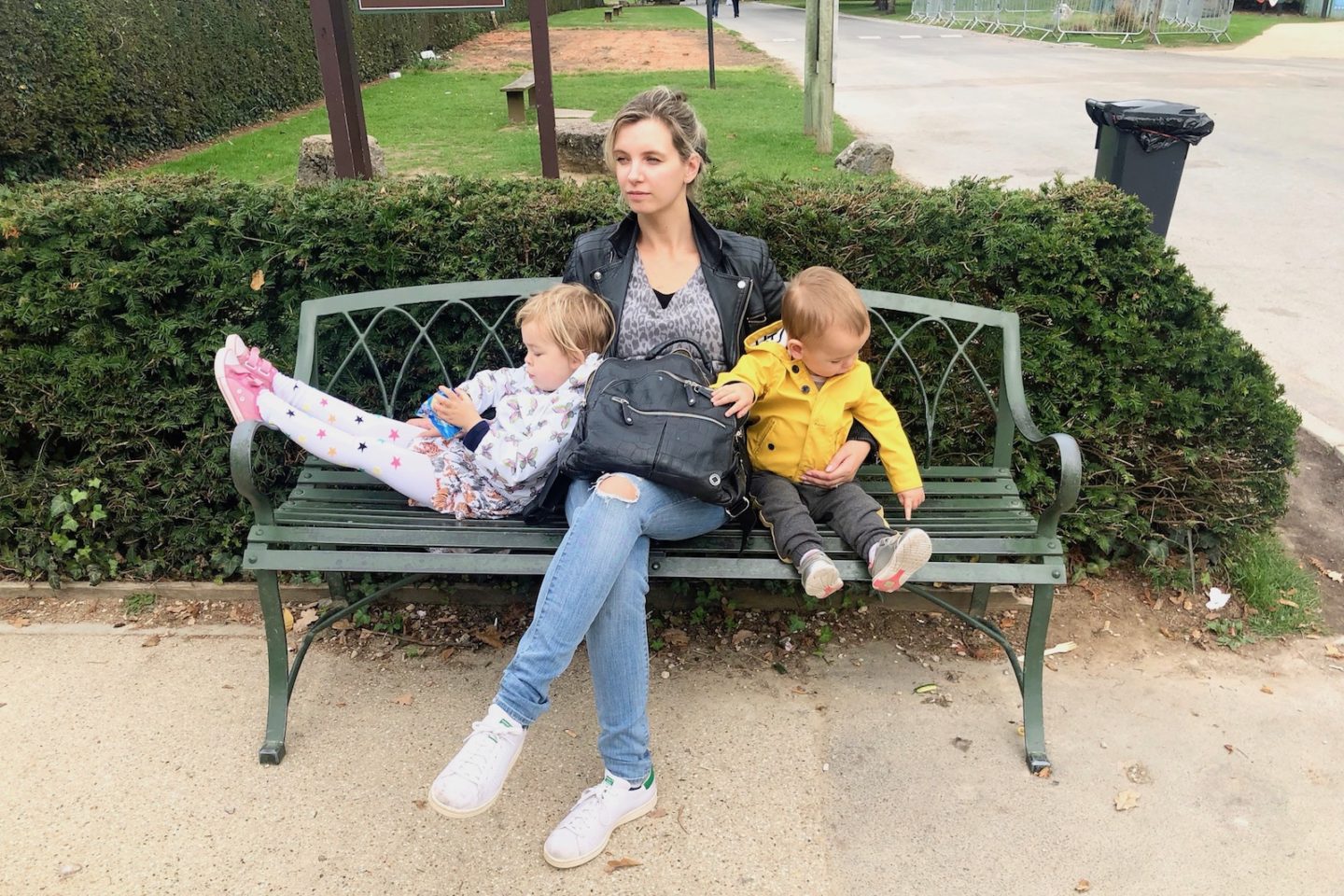 It’s a funny old game, isn’t it, being a parent?

Because the other battle is with my constant sadness that children grow up so fast. I mean obviously you want them to grow up, and what a privilege it is to watch them, but you just blink and they’re no longer a baby, but a sassy, hair-clip wearing, shoe-choosing, book-reading, number-counting girl. I mean Angelica (three years and three months) isn’t actively reading books yet, but she sits and looks at words and tries to match them to the pictures and it’s suddenly a world away from that passive sort of reading that we did before.

And she said, the other night,

“Mummy. Take off your glasses so I can kiss you properly.”

Take off your glasses so I can kiss you properly! She’s turned into some sort of suave, retro Mills and Boon character. I don’t know what they’re teaching her at pre-school. Actually I do; she does painting (I have enough already to wallpaper the hall), den-building and dressing up and she has a little book bag to carry her reading book in.

Pre-school hours pass by so quickly but to see her face light up when I collect her at pick-up time is just the best feeling in the world. Same with Ted (20 months) – excellent reunion cuddles. Except he doesn’t really go anywhere without us, so I’m not sure what he’s celebrating – I mean I can pop to the loo for twenty minutes (has to be done sometimes, for a bit of Twitter scrolling) and when I get back he greets me like a long lost relative who’s been gone for three decades. 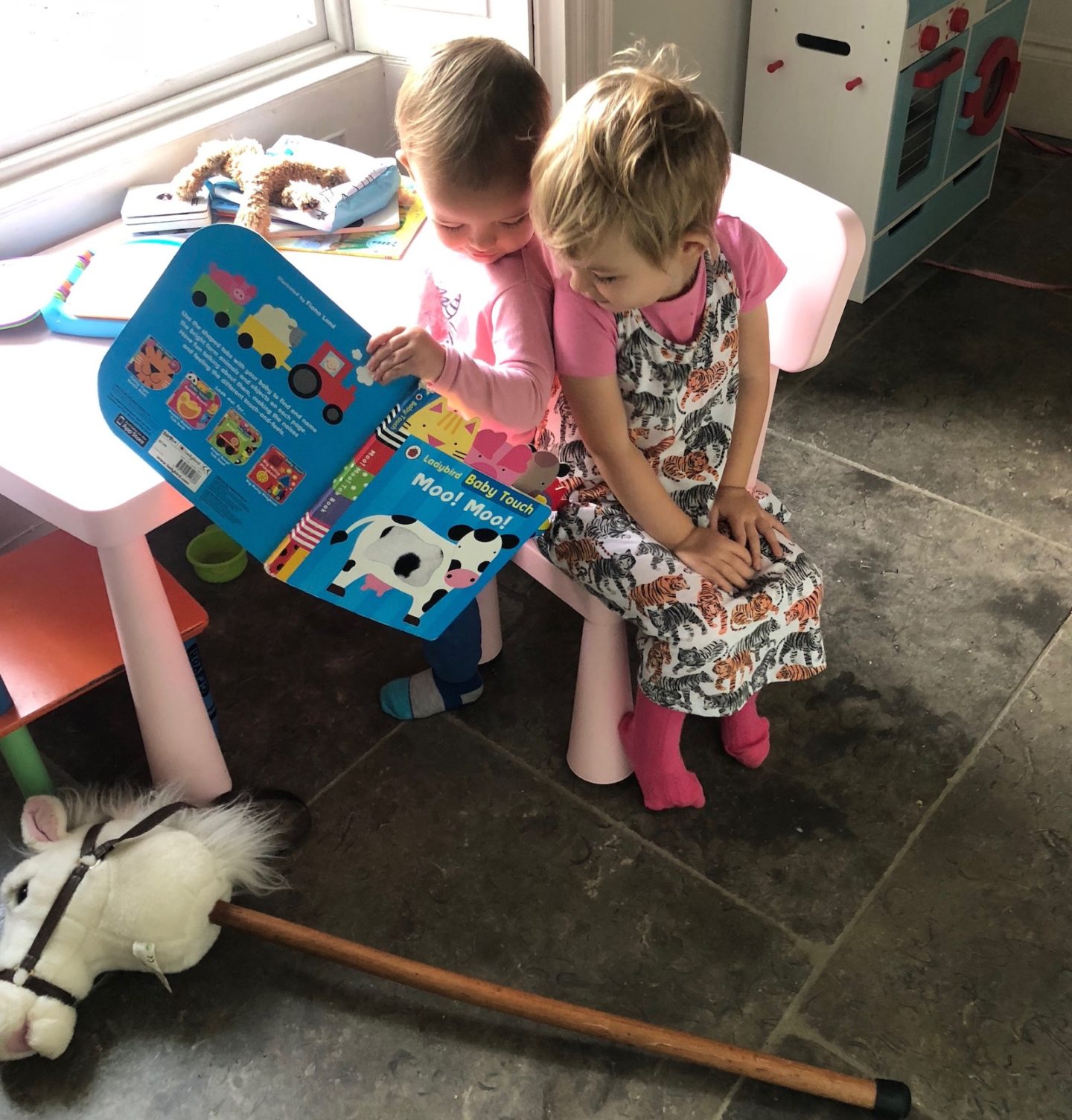 Oh God he’s still not asleep and it’s 8.40pm. It could be my typing keeping him awake, I’ve just realised, but I’m not moving now. I’ve settled myself into the corner next to his door, with my slippers dangling off the end of my toes and my spine stuck pleasingly into the space beside the doorframe.

Ted’s “thing” at the moment is wanging around a hollow plastic tube – if you spin it quickly it makes a woooooo-wooooo sound, but he just waves it about and makes the sound with his mouth. Which is great, but he keeps hitting things with it. I made the mistake of letting him have it in the car when I was picking up Angelica from pre-school and he very quietly fed it through the gap beside my headrest and patted it on the side of my face when I was driving. It didn’t hurt but I almost had a bloody heart attack.

Right, I can’t type much more because (and this is the worst excuse for clocking off early I’ve ever used) my nails are too long. You may remember I have gel nails done – a thick gel coating over my real nail, no tips, but it makes my nails so strong that they never split or break. So almost five weeks down and I have what feels like teaspoons stuck to the end of my fingers – they’re much longer than usual because I was away.

It’s weird for me to talk about this as I’m traditionally so low maintenance, but I bloody love my gel nails. I never have to paint them and I feel much more groomed even when I have no makeup on and hair in a bun. 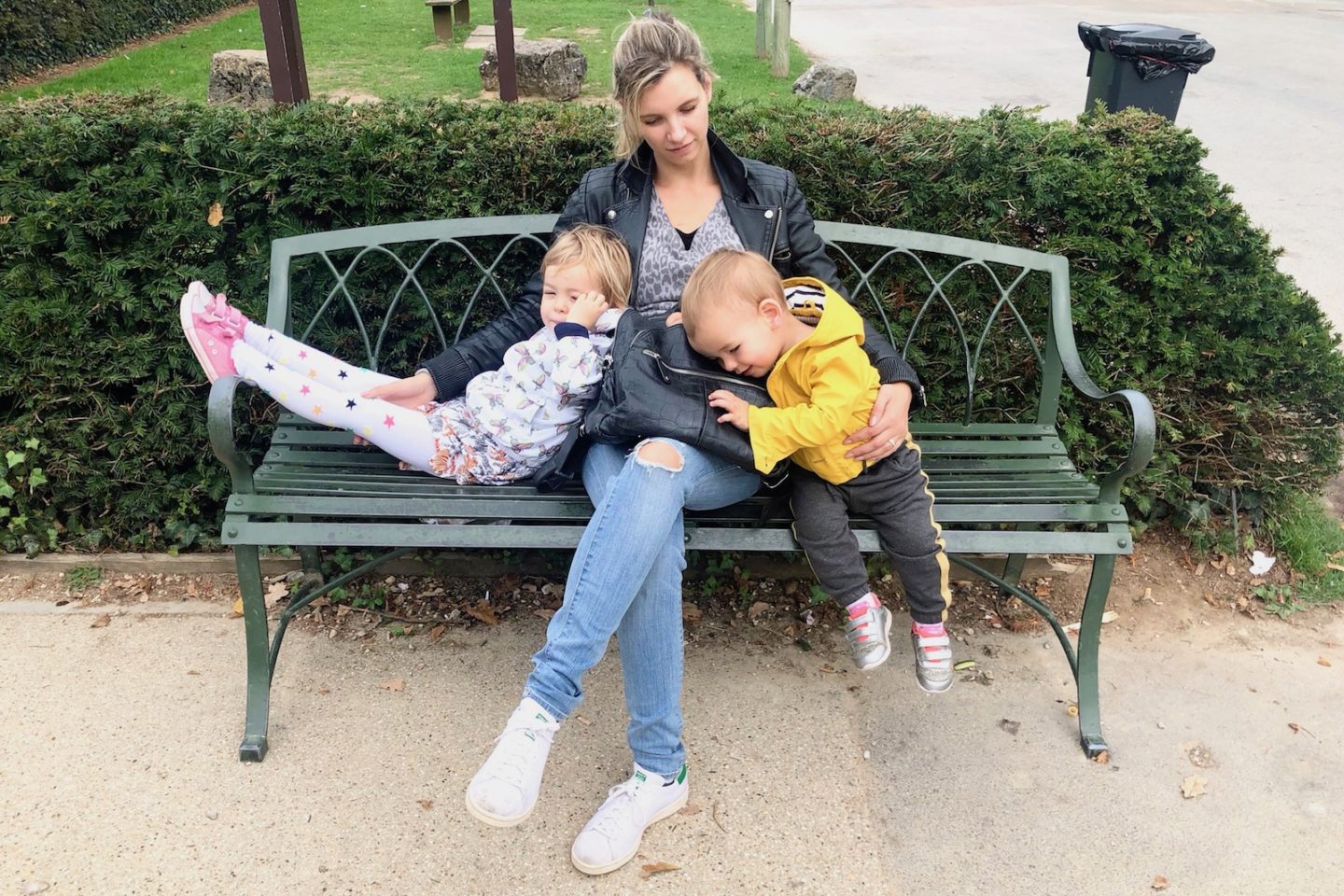 Now I was going to tell you about my dietary triumphs but that will have to wait. I first need to spend three weeks pondering how to be both body positive and honest. It’s a tricky, potentially lethal subject and all I really want to talk about is how I’ve cut down on sugar, but I feel as though the landscape of health and diet and weight has become one that I am not qualified to navigate. Many issues seem to have become unhelpfully entangled and I often read articles with a sense of bemusement. More on that, perhaps, another time – for now, let it be known that I have managed to cull my Coca Cola (regular, full sugar) intake from seven cans per week to one. My Mint Magnum intake (full size Magnums, take a good twenty minutes to eat, the dream) is now at one per week, but sometimes two if we’re having a particularly good Netflix session. (I’m talking about television, not sex.)

So as a result, I can no longer rest my belly on my thighs when I type, which I’m mildly sad about, but I can wear my jeggings without the zip constantly undoing itself. Every cloud.