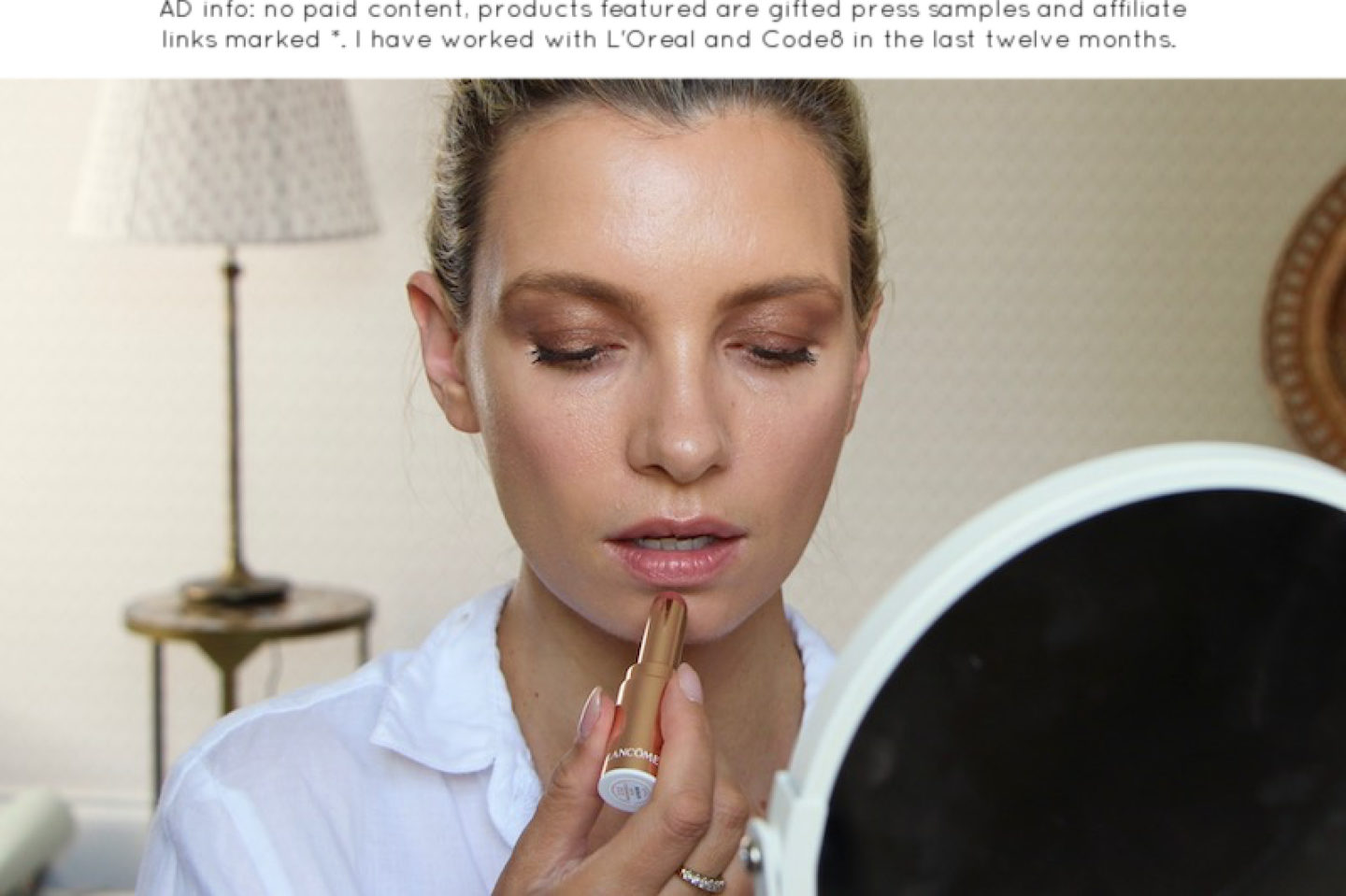 To say that I haven’t been getting out much is a bit of an understatement. I feel as though I’ve been locked in my office for months, though it’s really only a matter of weeks if I count it up properly. Still, I’ve been doing the intense sort of work that means you miss lunch, dinner and bedtime and suddenly look up from the computer screen to find that it’s nearly morning again. I’ve been forgetting to go to the toilet and I’ve been losing all feeling in my legs from sitting in one position for so long.

So I’ve not really left the confines of the top floor other than to watch the odd episode of The Good Fight on Amazon Prime with Mr AMR (I love it, it’s better than The Good Wife I think) and pop to Sainsbury’s to stock up on healthy things that I then completely forget to eat. (Fridge is probably full of slimy salad leaves and fish that’s past its best and aubergines that have turned into purple, leathery sacks of mush.) Wearing makeup hasn’t been at all necessary.

Although: I should point out that I did scare the absolute bejeezus out of a man at the petrol station. I think he thought I was some kind of demon that had crawled up from the underworld. My hair was long and tangled, the circles beneath my eyes were almost jet black, as though I’d drawn them on with kohl and smudged them out with a cotton bud. My skin had the pallid waxiness of a nineteenth century invalid, my lips looked cracked and parched, my eyebrow hairs were pointing in every possible direction. To top it all off, I was wearing a huge old cardigan that looked like a cape.

The old man turned around from the cash tills where he’d been paying his bill and was confronted with this shocking, bedraggled specimen that looked as though it had been winched up from the bottom of a disused well. He visibly jumped out of his skin and turned back to the cashier with a look that said

“call the exorcist Barbara, for the love of God, before it starts projectile vomiting on us!”

Nobody called the exorcist but all was quite silent in the shop as I paid for my petrol and singular cereal bar. I could see the cashier trying not to make eye contact as she told me to enter my card pin. Do you need a VAT receipt Madam or do you not do tax returns in the valley of the damned?

Anyway, all of this did make me think that maybe I should take a bit more care with my appearance, so I whacked a few drops of gradual tanner into my moisturiser the next day (the Tan Luxe one, though I’m not convinced it’s better than Hylamide Glow which is still my favourite face tanner of all time) and then put on some maquillage. 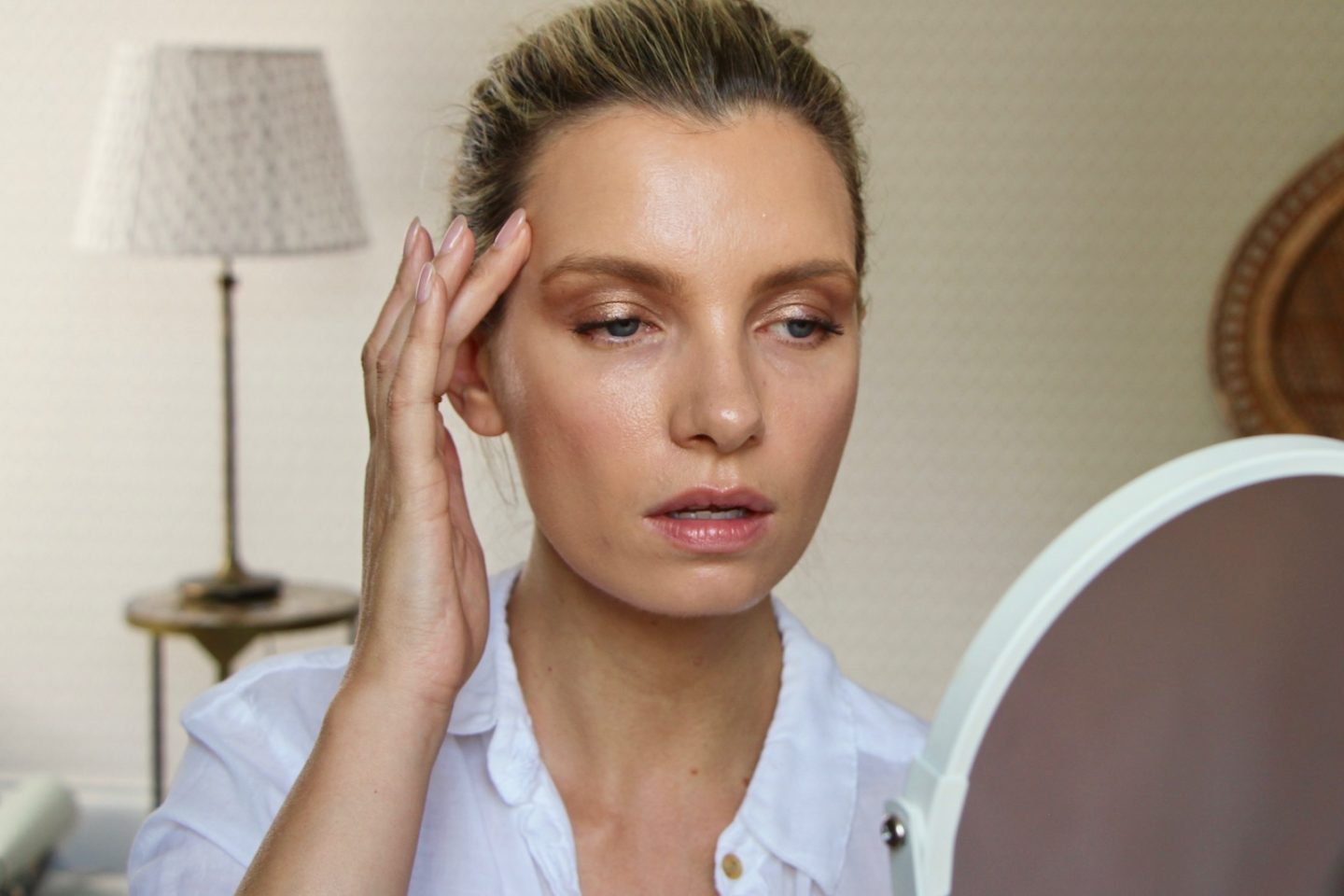 I kept it simple to ease myself back in and went for creamy, plumptious textures to make my knackered skin feel fresh and youthful. I used tinted moisturiser rather than a full foundation, some creamy bronzer and blush, a bit of a sheen on the lids and a lick of brown mascara. It wasn’t one of those dramatic before-and-after deals where I barely recognised myself in the mirror, though I’m sure it would have been dramatic had I gone back to the petrol station in my cape cardy and surprised the old man again.

“Praise be, Barbara, the demons have been purged!”

I rather like layering up lots of cream makeup formulas. It gives a very natural finish, miles away from the flawless, polished perfection that you might get from a full coverage foundation with powder cheek colour set over the top. Yes, maybe it shifts a little throughout the day whereas a powdered full base wouldn’t, but I don’t mind that too much because it’s all so subtle anyway. It all just feels flexible and… accommodating. 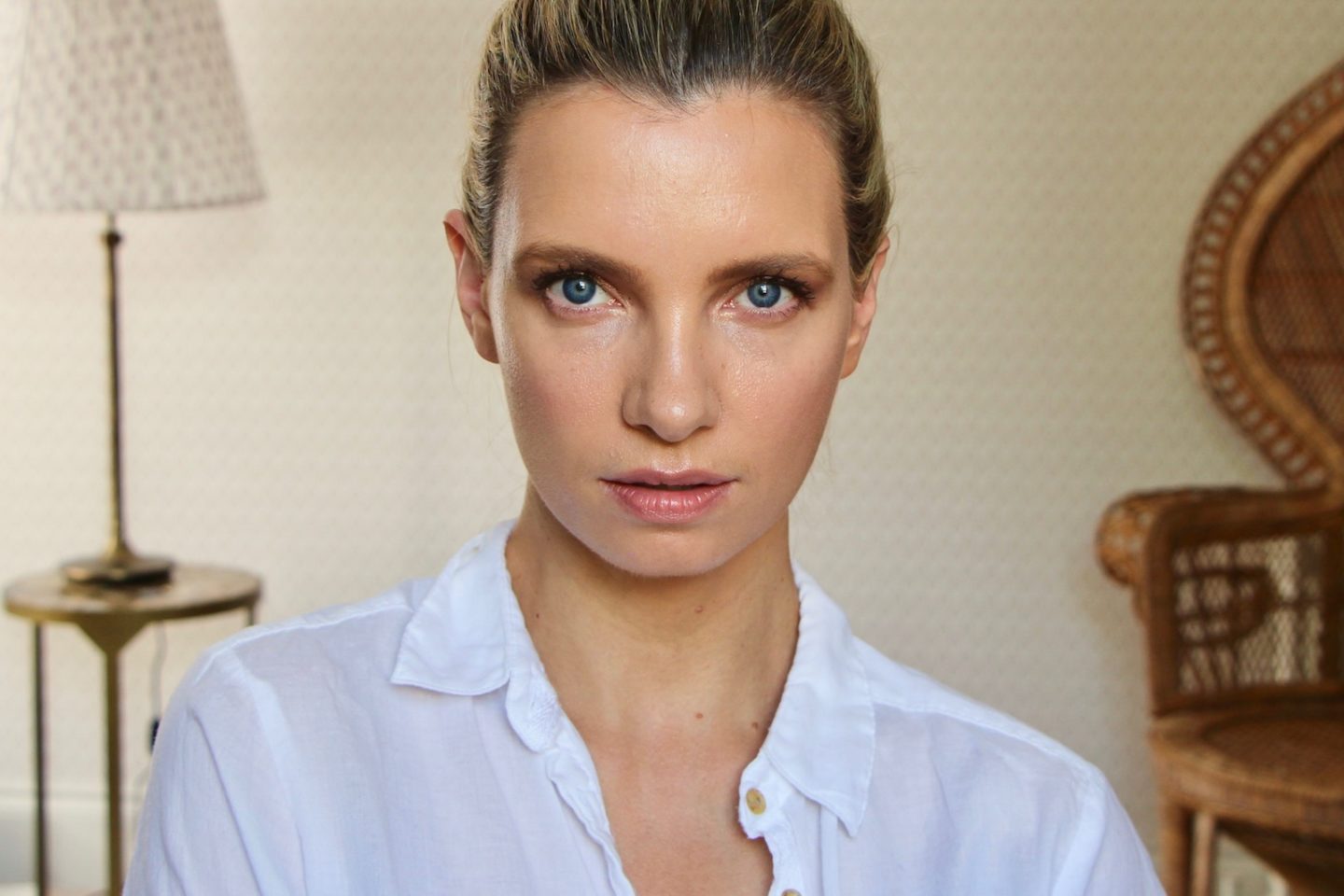 In a departure from the norm, my little makeup video is up on Instagram IGTV rather than Youtube. You can watch it here, though I’m not sure what happens if you’re not on Instagram, like my Mum and many of my friends. Wise people, it’s a bloody black hole of wasted time, I tell you. I automatically click on Instagram whenever I open my iPhone – sometimes I go to do something totally different, like use the calculator or check the weather forecast, and I find myself reading comments on a controversial post about seal pups written by a bearded man who lives in Alaska. Then I click to see what his wife looks like and whether they have children – oh the daughter is so cute! I wonder what she looked like as a newborn? Ew, not so cute. But she was born in the same hospital as my cousin’s friend’s baby so that’s good. Does the hospital have an Instagram account? More to the point, does my cousin’s friend? How’s that baby shaping up?

If you don’t (or can’t) watch the IGTV then I’ve listed the products below with links to find them online. 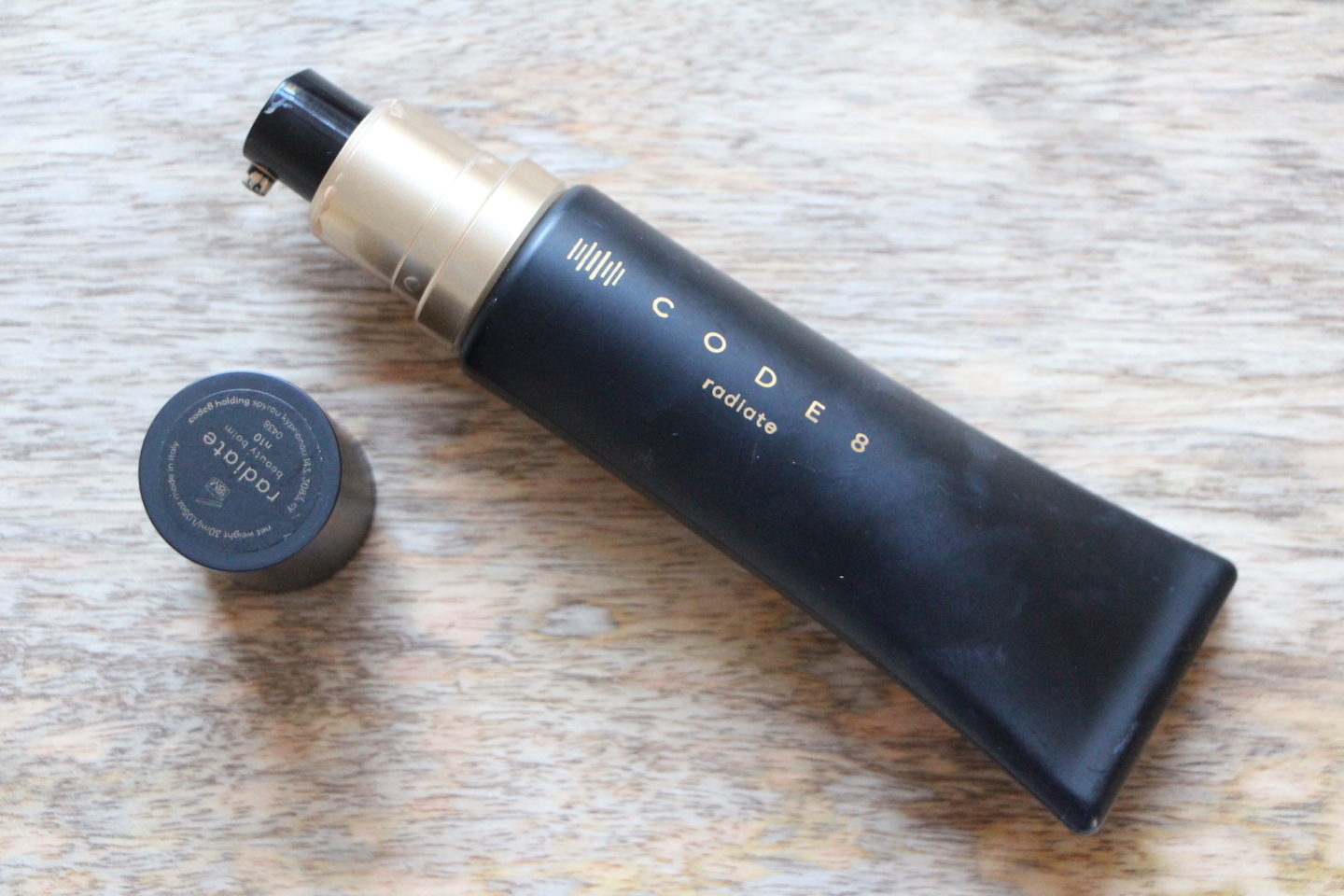 I’ll be doing a separate review of the Code8 BB cream because it’s a lovely face base – surprisingly good coverage but a nice juicy finish – and if you want more words on the Chanel cream bronzer then you can read a very old (but still accurate) review on it here.

Products Used in my IGTV video:

Charlotte Tilbury Cream Shadow in Bette, I think! Loads of the cream shadows from CT are quite similar but they are all absolutely beautiful, I would advise trying to swatch instore*.