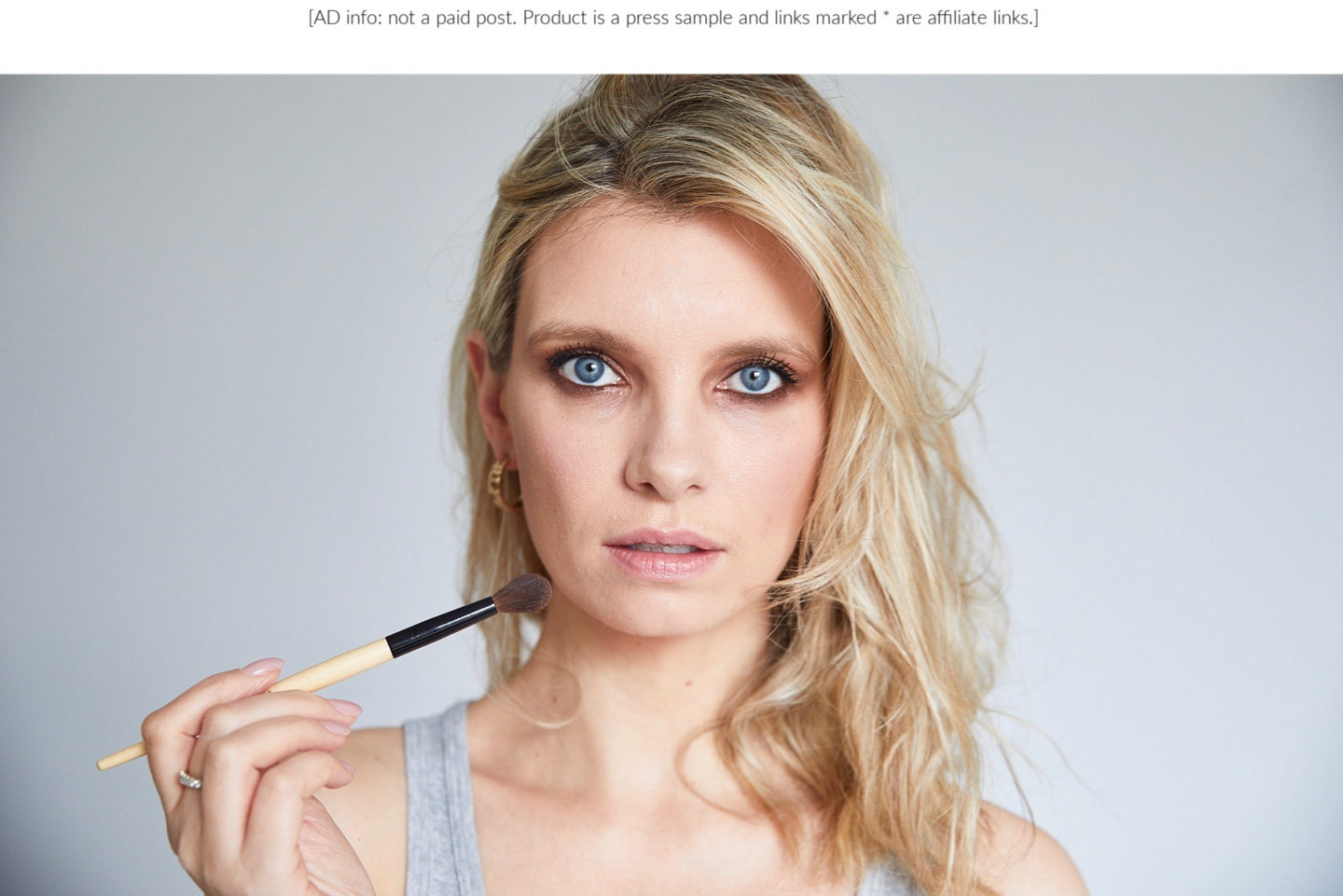 I’m not sure that “pizazz on your face” is a phrase that should be uttered in polite company, but there you go. Another cracking title from me. And another eyeshadow palette! They seem to be like buses – none for ages and then loads that you like come along at once. First Becca’s Ombre Nudes (see post here) and then this delightful spangle-show from NARS, the Skin Deep Palette.

(I said “loads” of palettes and then mentioned just two: don’t worry, I have a few more to show you in the near future. Not that the world particularly needs more eyeshadow palettes – if you’re anything like me you’ll still have one from 2003 lurking about in the back of your drawer, proof that one mega-palette would probably last you a lifetime – but variety is the spice of life, etc etc…) 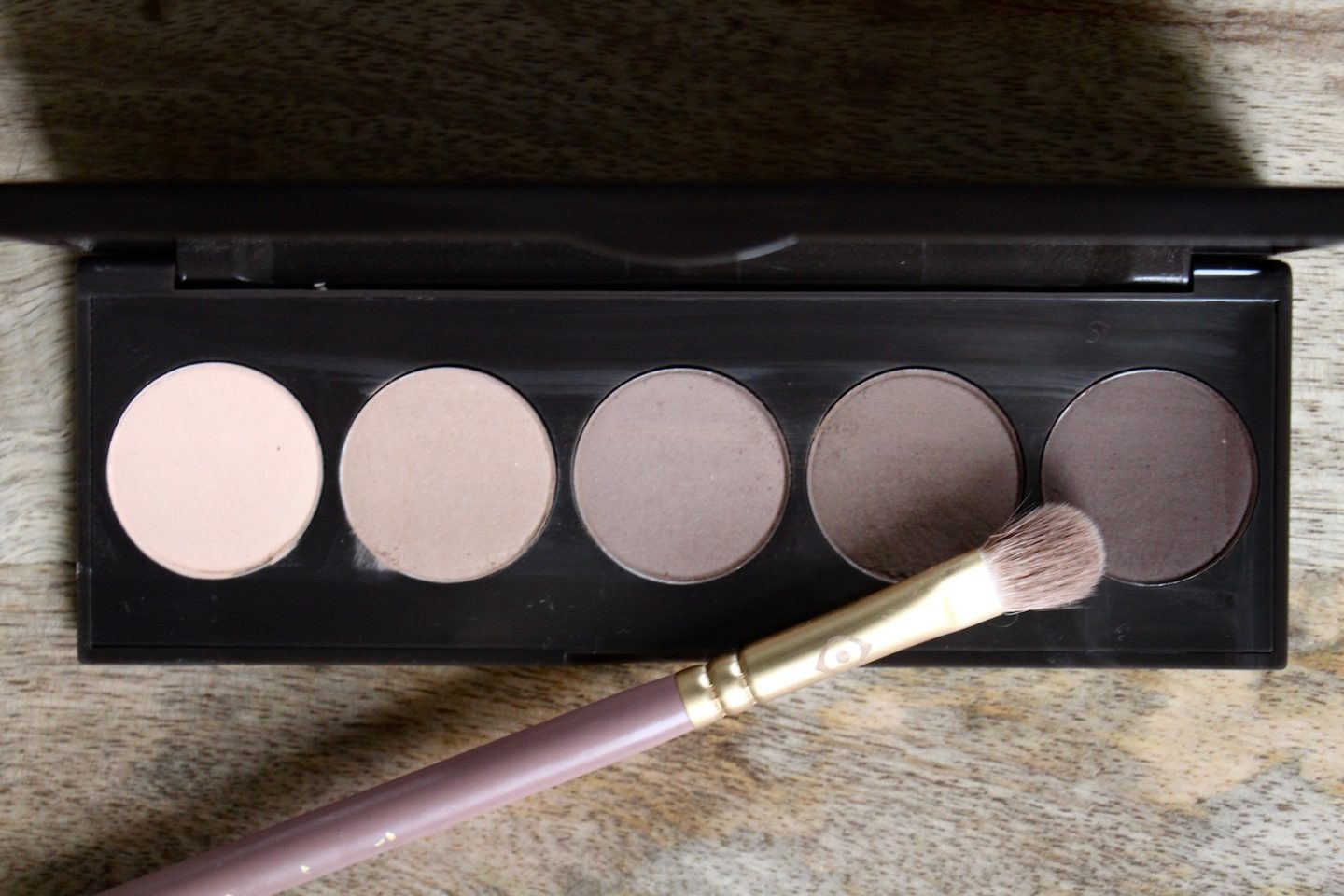 Now you may remember me raving about the Becca Ombre Nudes palette; a slimline case containing five neutral shadows that are greigey in tone and completely matte in finish, it’s an actual marvel for when you want to create some eye contour or smokiness but want to do it in the most subtle way possible. It’s like no-eyeshadow eyeshadow – it’s the eye equivalent of a complexion enhancer. You can shade in lid creases where before there were none, you can lift eye corners that previously seemed determinedly down-turned, you can add definition to the lashline that’s so soft it’s barely detectable.

Read my review of the Becca Ombre Nudes

But there’s only so much continuous matte flatness I want in my life – it’s useful, it’s inarguably chic, but sometimes I want a bit more pizazz on my face. (Not a euphemism.) Especially with summer just around the corner, I want a touch more depth to my eye makeup, a richness that matte shadows somehow can’t quite give me. I want a hint of sparkle and the sort of fine, low-key shimmer that will brighten my face and make my eyes look more awake. 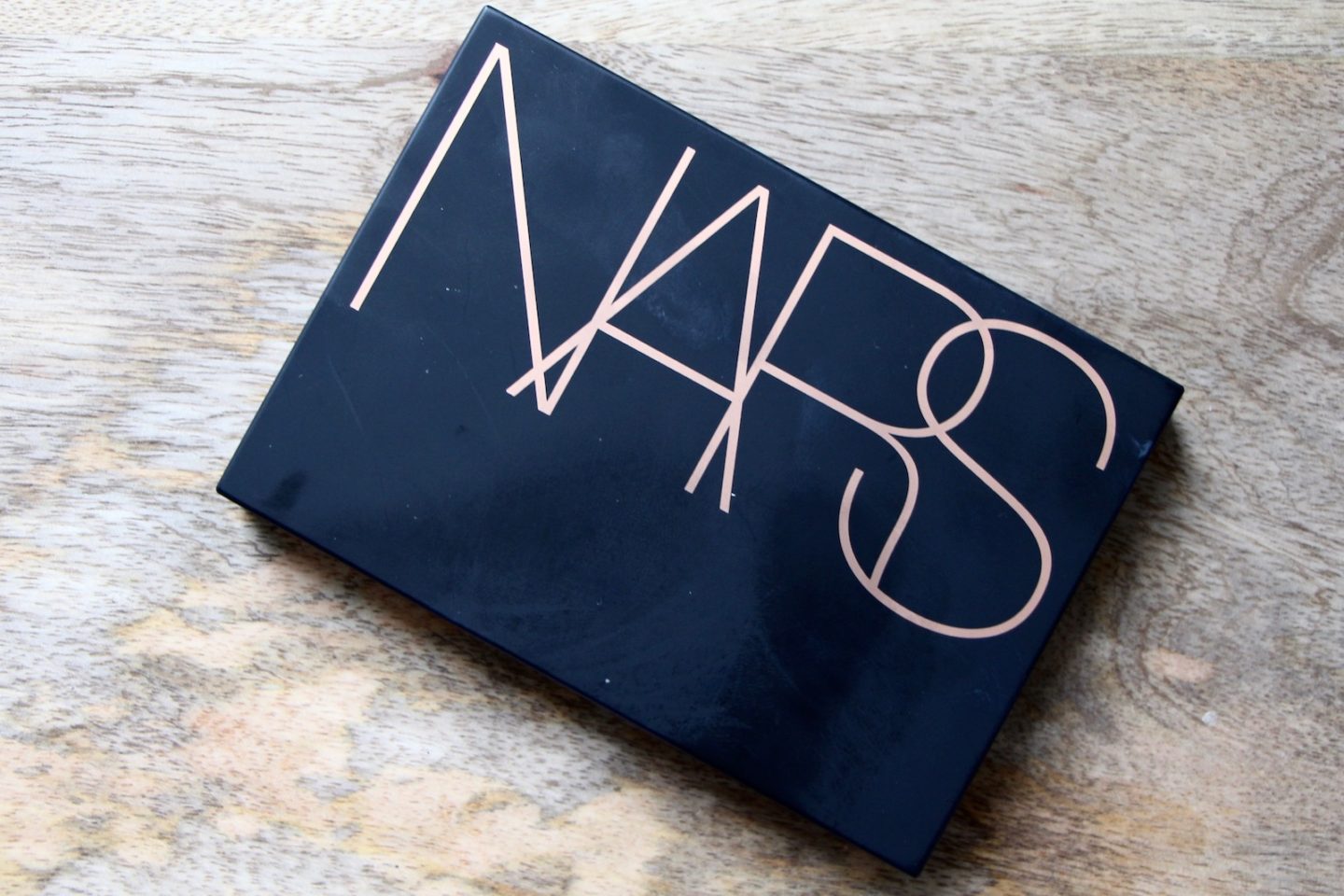 Now I’m not about to launch into a post about the world’s spangliest shadows – this isn’t about to go all D-I-S-C-O on you: it’s just that I’ve found a palette that pretends to be neutrals (bravo! my personal safety zone!) but is, in fact, a deeply-pigmented array of rich, burnished mattes and shimmer-spiked soft metals. 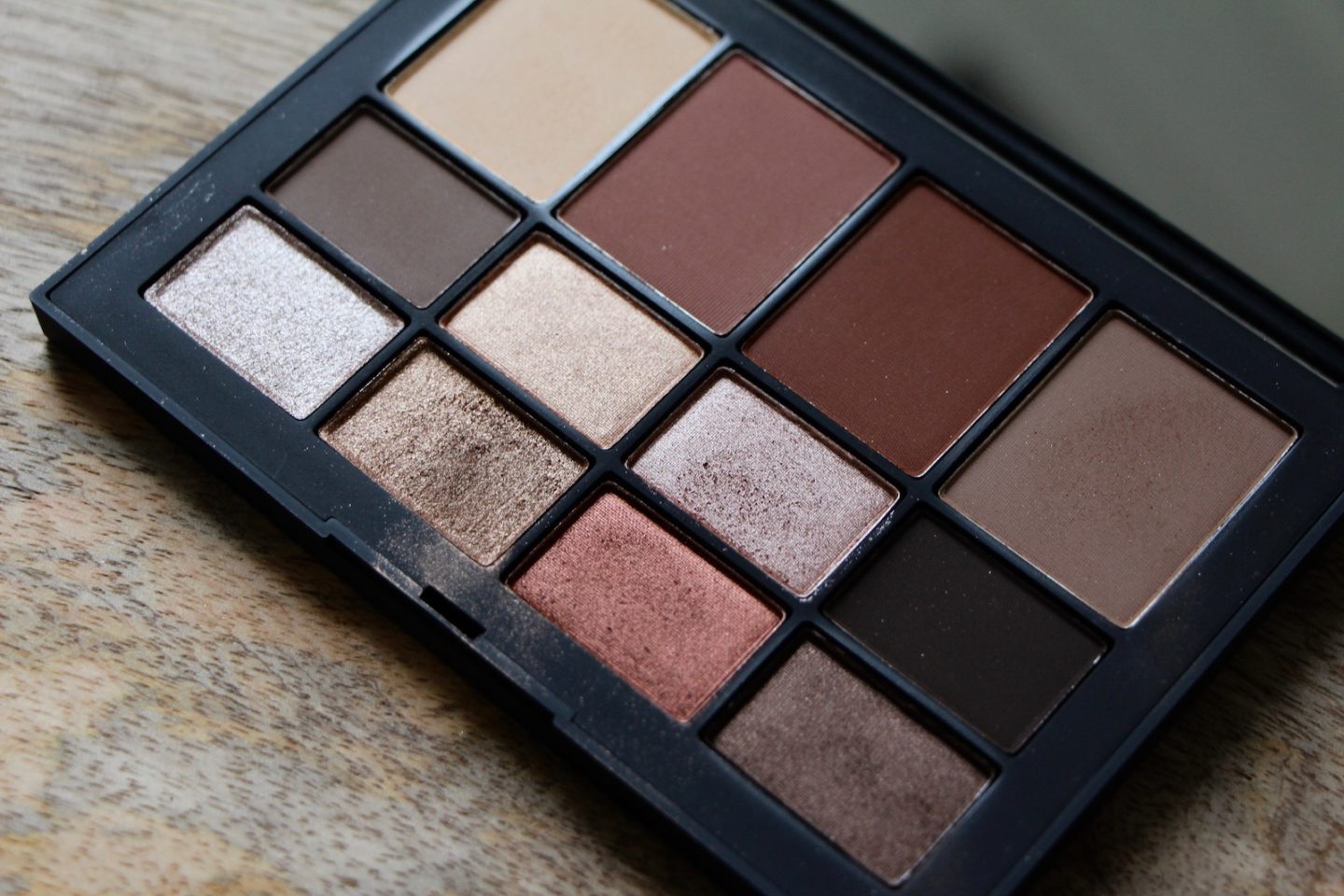 This is the NARS Skin Deep Palette* and it’s a different kettle of fish to the Ombre Nudes altogether. Only some of the shades are matte, for a start, and there’s a greater shadow selection in terms of depth and undertone. But what Skin Deep does have in common with the Ombre Nudes is that it’s relatively non-scary, it’s decidedly grown-up and – most importantly – it’s easy to work into an everyday makeup routine. 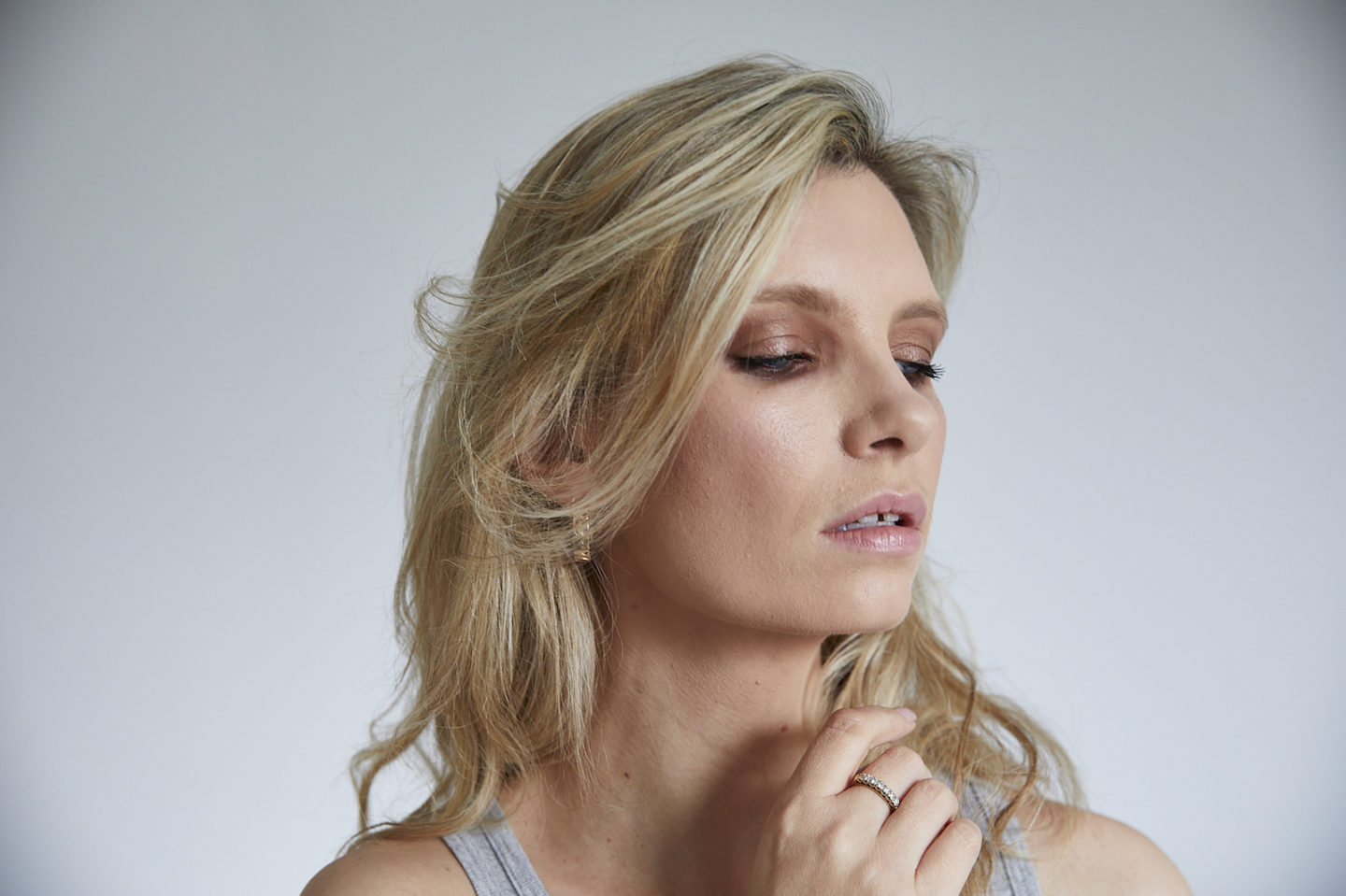 Actually, it’s easy to work into any makeup routine – whether you’re all for creating a barely-there look or you like to step it up to a proper Instaglam smokey eye there’s pretty much everything you need. Apart from a rainbow of colour. But for me that’s a massive bonus – when do I ever use electric blue or magenta or lime green? 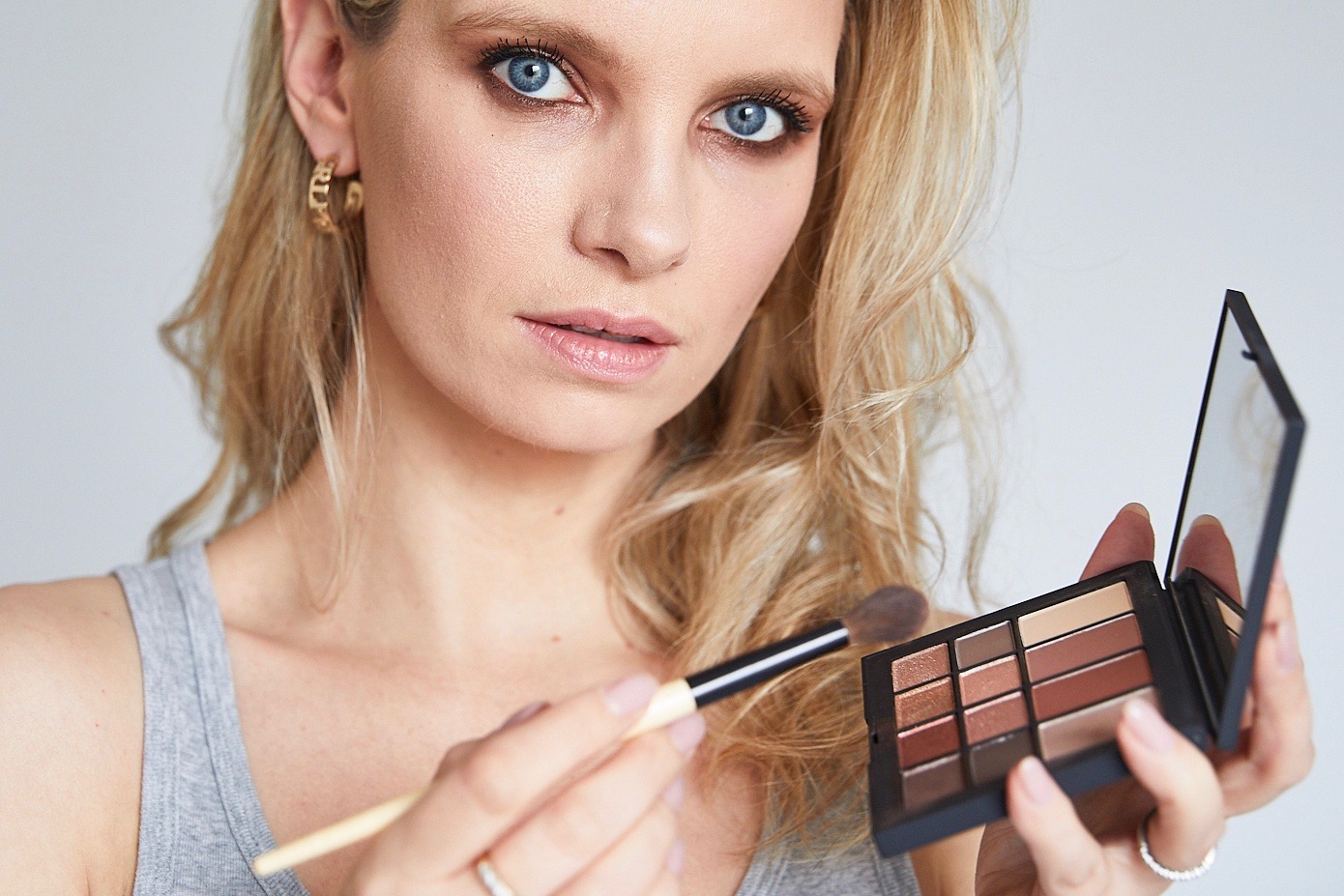 There are dozens and dozens of neutral palettes out there in the worldwide beauty bazaar, but I love that the NARS one packs in some fun too, so that it’s not just about contouring and shading and creating a look that’s almost undetectable. I mean you can do that undetectable au naturel thing with the Skin Deep palette, but the added metallic and shimmer shadows leave the door open for endless party looks too. (I say party looks, for me they are do-my-makeup-for-an-hour-then-stay-at-home-watching-Netflix looks. Or do-my-makeup-for-an-hour-then-clean-up-cat-sick-in-the-utility-room looks.) 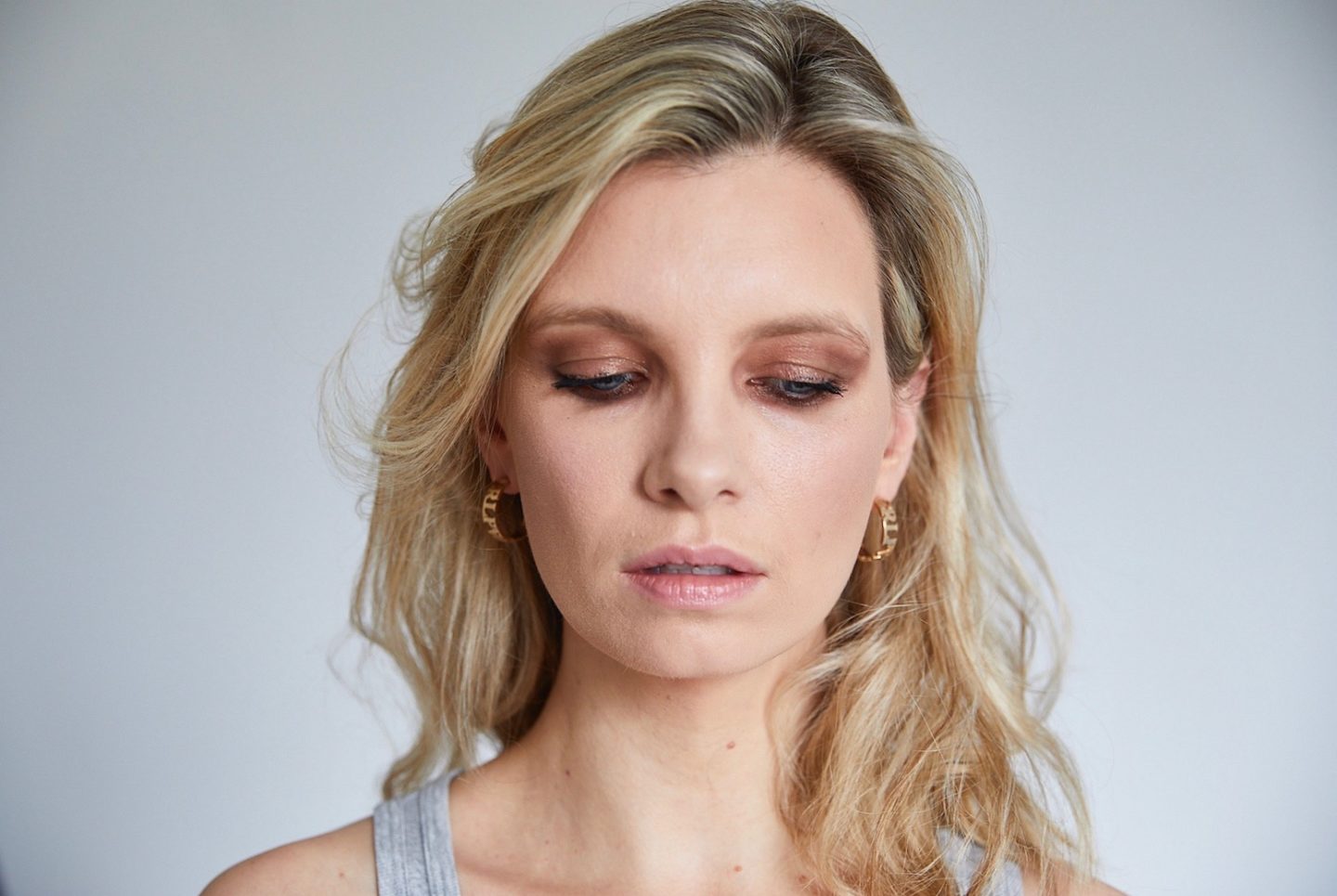 But the thing about this palette that has really grabbed me, enough to write a post about a palette, again, is the level of pigmentation in the shadows. It’s show-stopping. I haven’t used NARS shadows in a while, so I don’t know whether they’ve developed something new in the past few years, but the quality is noticeably amazing. So vivid, so deep, it’s like painting rather than doing makeup. 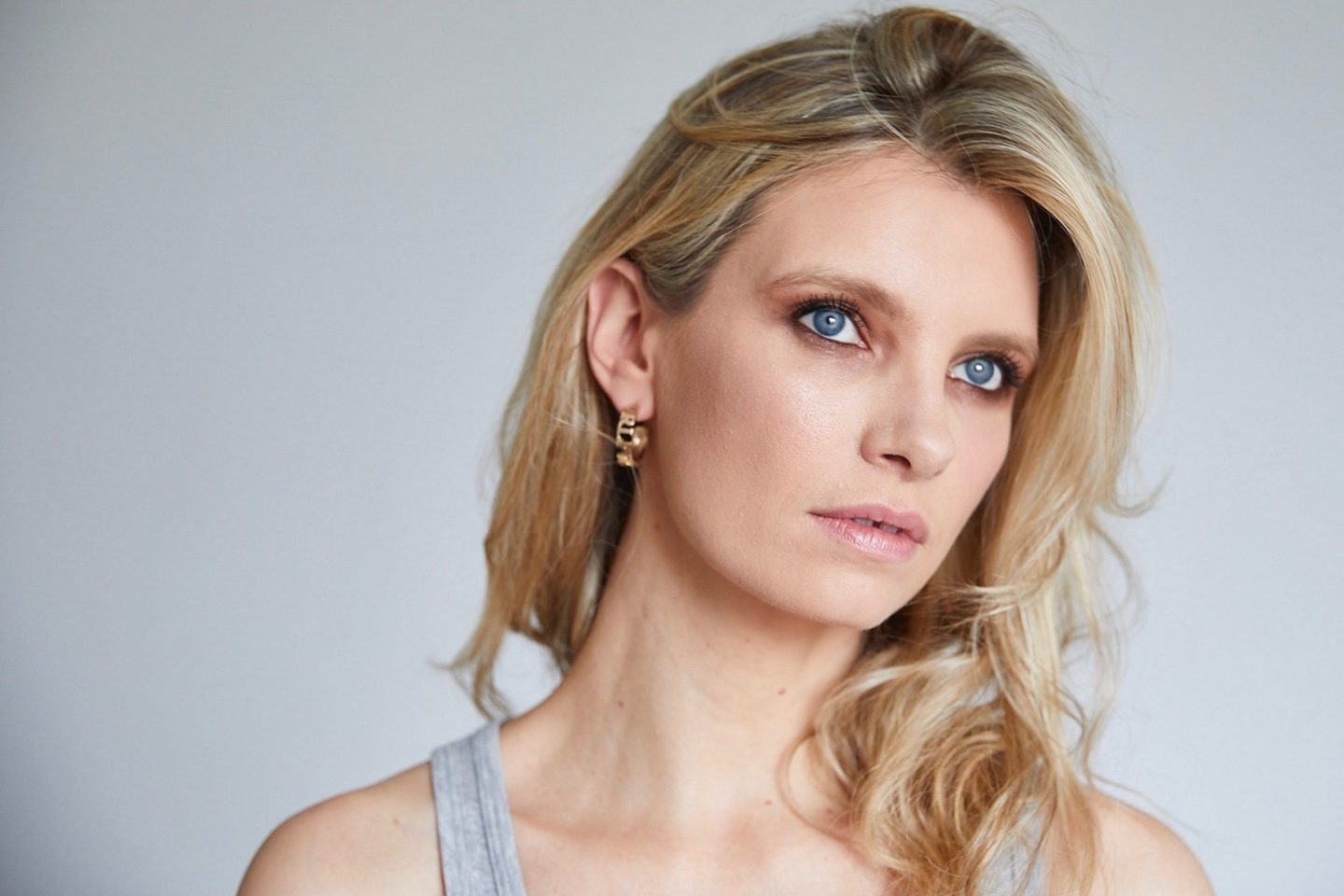 I’ve just done some Googling on the pigment thing (should probably try and retain the notion of professionalism when it comes to my research methods but – ultimately – why lie?) and apparently NARS use something called Pigment Powder Suspension Technology. A phrase you would never want to have to repeat whilst three sheets to the wind. The pigment is suspended in a “liquid binding system” which makes the shadow long-lasting and the colours vibrant. So now you know. 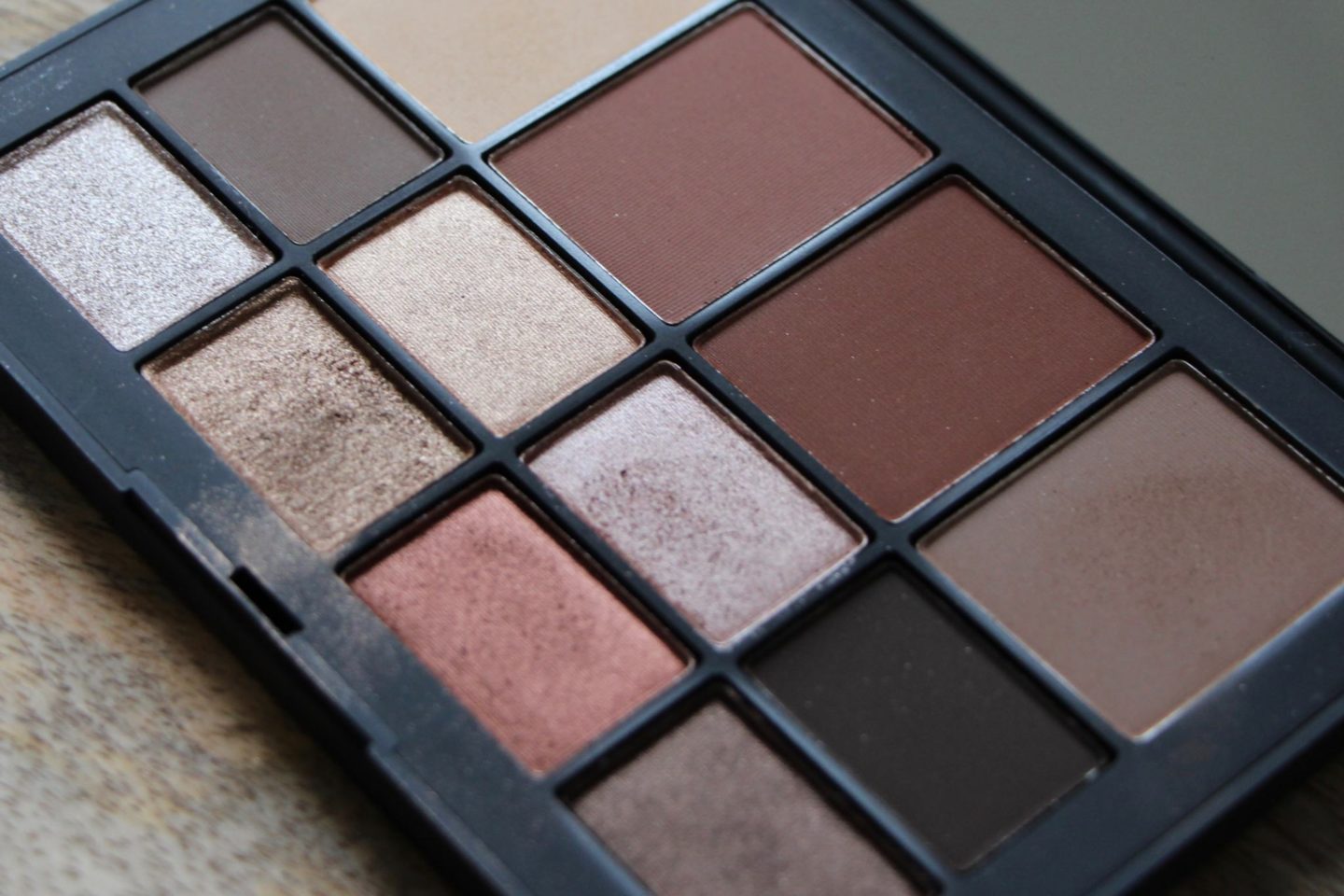 And what of this marvellous selection of suit-all shades? Well, there are ten shadows altogether with a variety of cool, warm and neutral undertones and the shadows come in three different finishes – six mattes, three shimmers and one slightly more outré metallic (the coppery shadow). 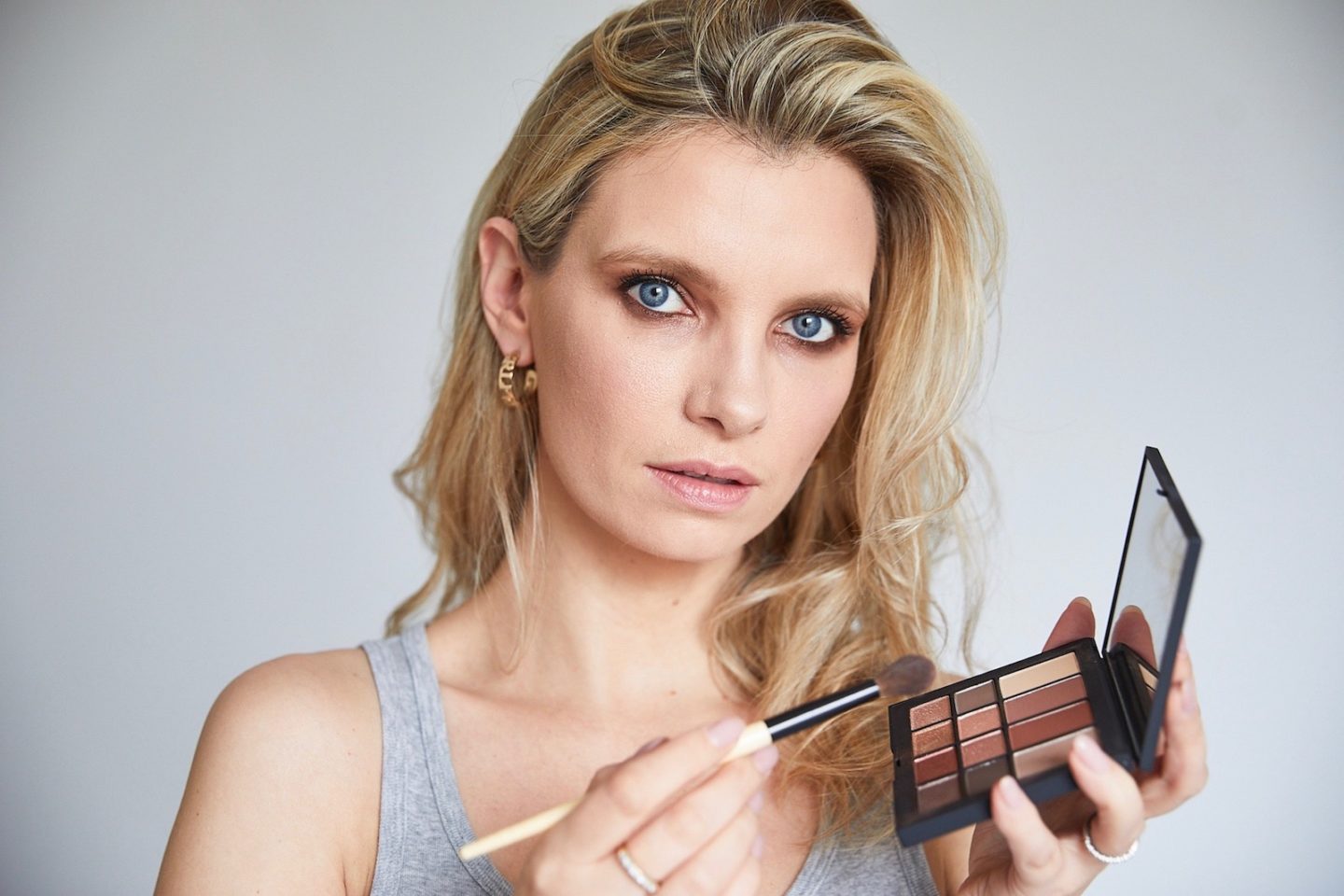 The paler shimmers work brilliantly as highlights (centre of the lid, inner corner of the eye, beneath the brow) and the cooler toned mattes apparently also double as brow fillers, should you find yourself without a dedicated brow powder. (I personally think that only one of the shadows would work on brows, the larger matte in the top right hand corner, but correct me if you’ve used any of the other shades and think differently!) 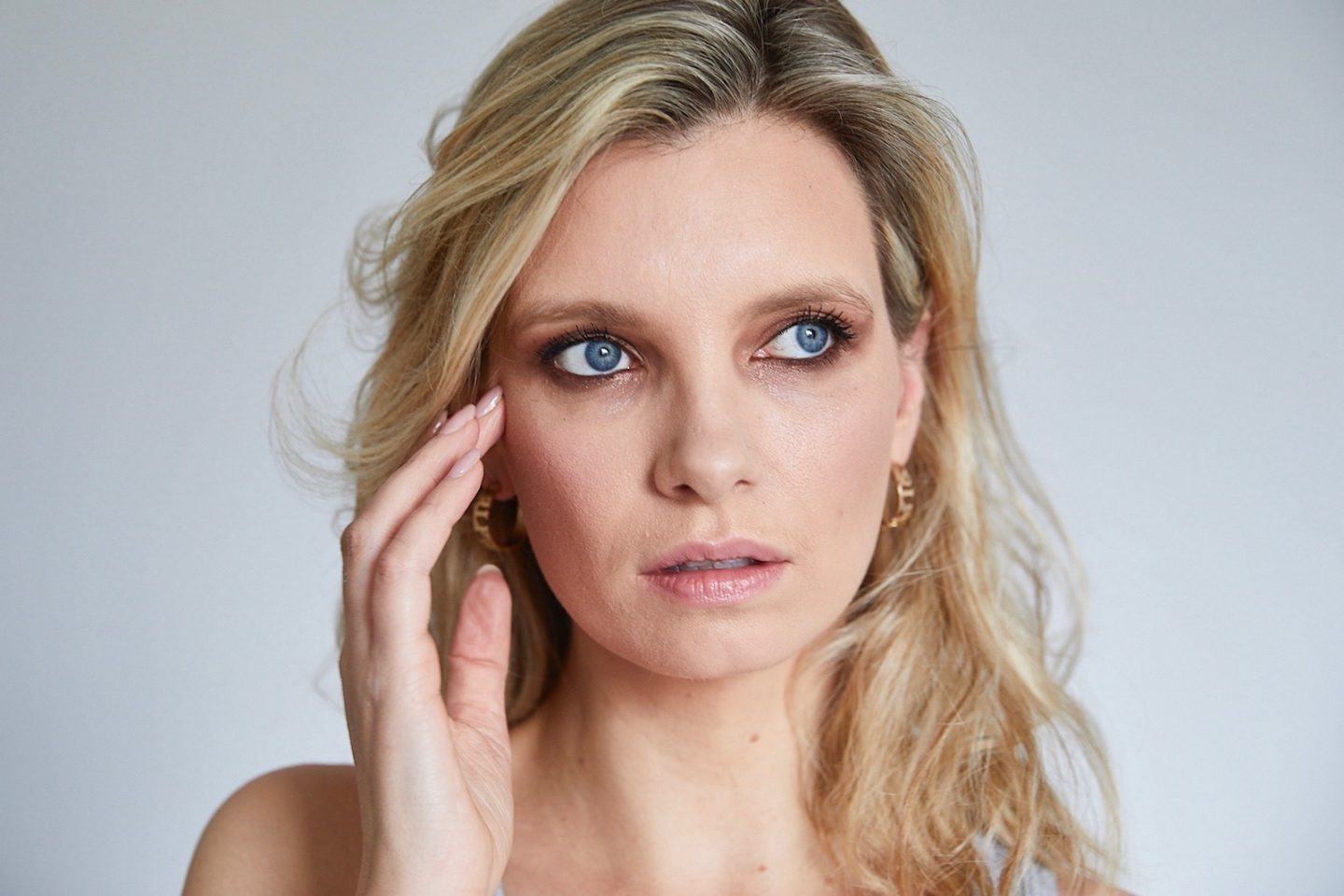 Let me know if you’d like to see this palette in a video, perhaps with a few ways to use it – I could do the same for the Becca if it would be helpful. If you’d like more info on the shades then you can find it at Space NK here* – it’s £56 and limited edition.

(Temporary update: at time of writing, Space NK have quite a lovely GWP promotion running. That’s if you’re about to wang a load of cash on beauty stuff. Spend £185 or more and get the GWP for free. It is worth over £400 and includes a monogrammed/personalised pouch/clutch bag from Coach as well as fine skincare morsels such as the Kate Somerville Vitamin C and Retinol serum. More details online here*.)