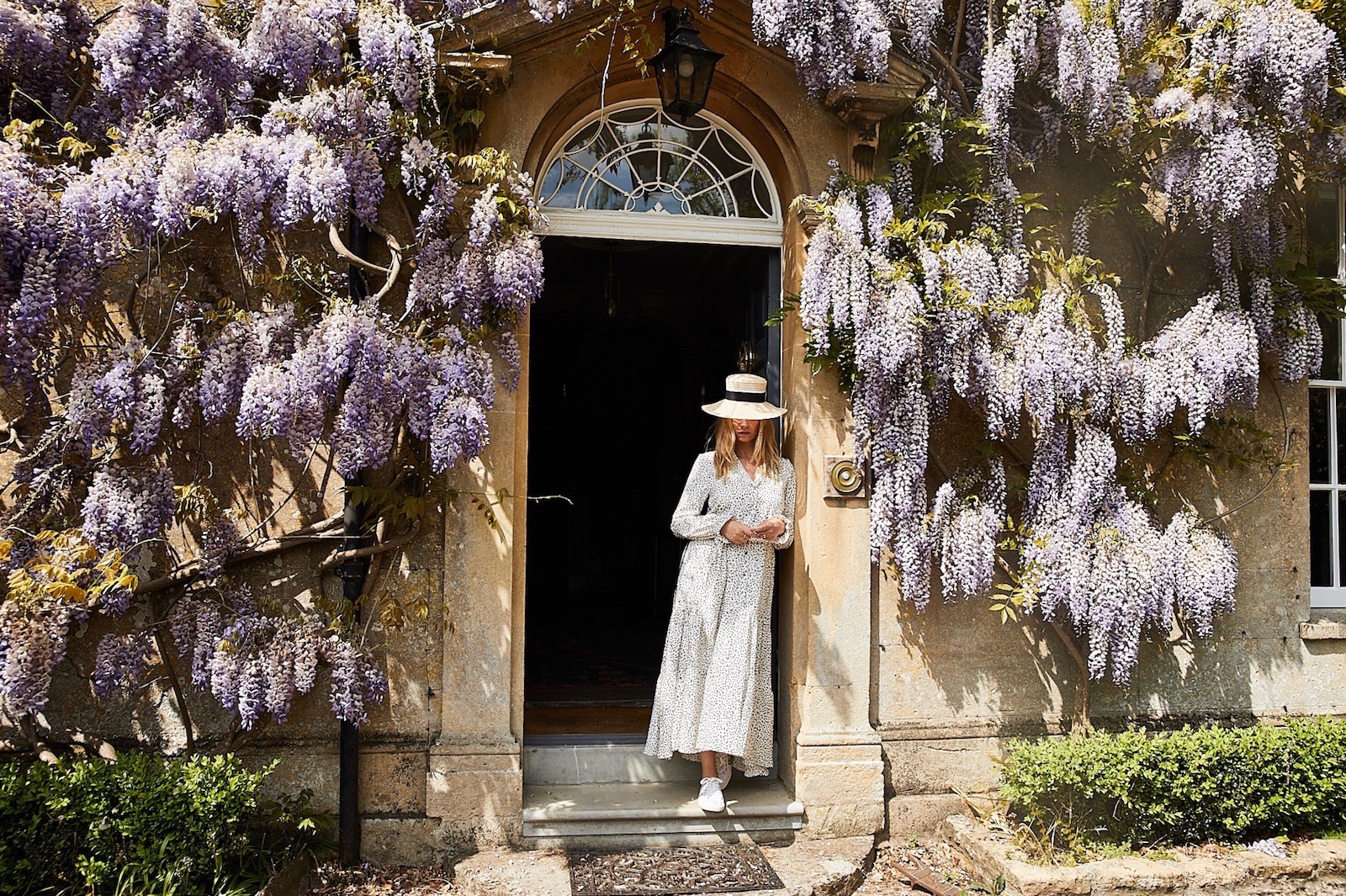 Here I am, wafting about underneath a canopy of wisteria. It all looks very serene and idyllic, but don’t let appearances fool you! Just out of shot: a cockapoo eating the remains of a small dead bird, a three year-old trying to touch the remains of the aforementioned small dead bird, Mr AMR shouting at both the dog and the three year-old in an attempt to get them to leave the dead bird alone and a four year-old crying because her empty blackbird eggshell has broken again.

(The egg is called Layla. Everything seems to be called Layla in this house, from dinosaur torches to “precious” stones that have been unearthed from the flower bed. But now we also have the remains of a tiny egg, called Layla – it’s the smallest slither of impossibly delicate, pale blue shell. It started off as roughly two-thirds of an empty shell, but four year-olds have no concept of the word “fragile” and so within two seconds it became half of an empty egg and half a day later the majority of that had disintegrated too.)

Anyway. I read an article at the weekend that discussed something called “cottagecore” which apparently is a sort of romanticised vision of what people think their lives would be like if they lived in the country. Possibly in a tiny, wisteria-hung, seventeenth-century thatch cottage, making pots of jam on the AGA and securing little squares of red and white gingham over the tops of the jars with bits of old string.

Now I’m not one to shatter people’s dreams (I also don’t live in a cottage, so perhaps I don’t even count) but if you’re living in the city and tinkering with the idea of finding a remote abode somewhere and replacing your daily London commute with Zoom meetings plus a weekly office trip then note that:

a) you will never make jam, or if you do then you will make it only once

c) your thatch will have a bazillion insects and small, crawling animals living in it – think of it like Mr Twit’s beard, but with more activity

Oh, it’s easy to see country life as one big romp around the haystacks in a smocked white dress, but the reality is is that you’ll spend 90% of the time wearing your oldest tracksuit bottoms and mud-caked wellies, standing on the roof of your car in an attempt to find some mobile phone signal. And if you’re doing that then you’re probably trying to phone the oil people to come and fill your oil tank or the sewerage people to come and empty your septic tank or a roofer to come and repair your ancient roof. 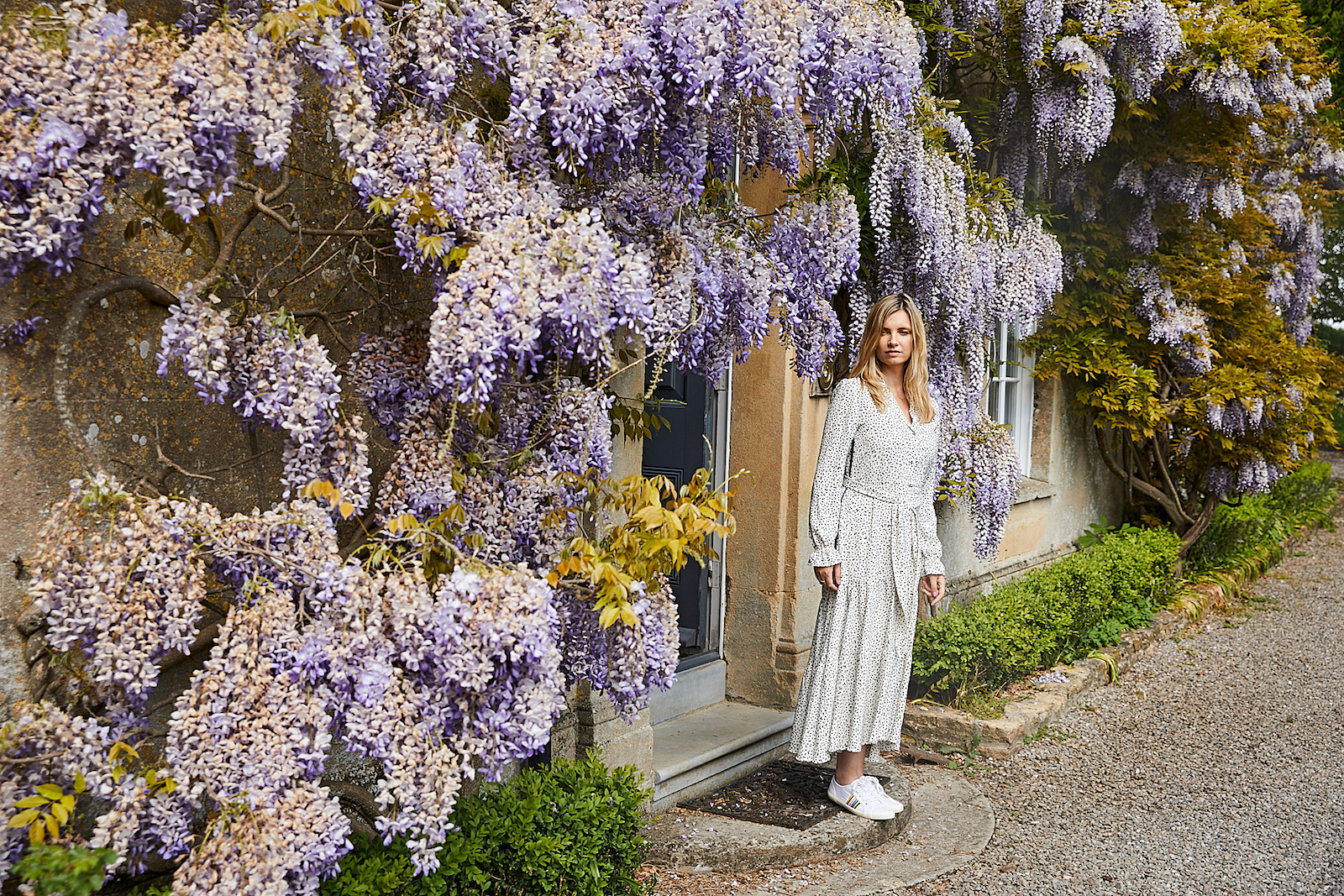 I jest, of course. I am the most susceptible person ever to romanticised visions of pastoral life – how do you think I ended up here? And country life has much going for it – a slower, less frenetic pace, clean air, lots of space and greenery and wildlife, gorgeous old stone houses and picturesque #cottages – but dear God don’t think that you’ll suddenly turn into the sort of person who has time to make jam. Unless, that is, you’ve already got the time to make jam.

One of the biggest things I’ve realised, since moving to the sticks, is that plopping yourself somewhere geographically different, especially somewhere more remote, will not in itself automatically change your life. We moved from the outskirts of London to the depths of Somerset with a two year-old and a six month-old baby and for some reason, perhaps because I was postpartum and slightly crazed, I thought that by escaping to the country we would also escape the overwhelming intensity of our everyday lives. But if anything it made life harder. People (the three that we knew in our new county!) were suddenly more spread out – there was no peering out of the window on the offchance that we’d get a friendly wave – and each trip to the shops or a cafe or a baby class involved an epic loading and offloading of small children into the car, so much so that eventually I just didn’t bother.

And you think you won’t miss the bright lights of the city (“I never use the theatres anyway! Why pay such a premium to live in a city when I don’t even use it?”) but once you’ve unpacked all of your boxes in your remote Herefordshire manor house/Devonshire bothy and you’ve knitted your hemp blanket to keep the vegetable patch warm, won’t you be itching for just a little bit of excitement?

It has taken me the good part of three years to get used to living in the countryside. Granted, I did double-whammy and moved the whole way across the country as well as going remote (what can I say? The house sang to me like a wanton temptress) but still. There are things to consider – things that don’t seem important at the time of moving, but will gradually creep up on you after the three month Honeymoon period is over.

It starts with a general sense of unease – a niggling feeling of is this it? – and then it grows, daily, until winter sets in and you feel the full, bleak force of untempered weather. Because there are no distractions, really, if you’re out in the middle of nowhere; you wake up and look outside and it’s all about the weather. In winter that means rain, rain, wind and a lot of mud. In a town, or in the city, you notice the weather but I feel as though it’s more of an inconvenience if it’s bad – and a huge bonus if it’s good. Life still goes on, streets have Christmas lights and stalls have mulled wine; but if there are no buzzing cafes, bustling pavements and nice shops, and your immediate entertainment involves walking, tending to the garden and more walking then… It’s a different way of life.

I now feel at peace with it, but it’s taken a while and I’m not afraid to admit it. I’ll also come out and say: it can be lonely. There.

So, people lusting after the cottagecore life; if you’re feeling isolated now, in lockdown, then it’s a good time to consider how you would feel with the slightly different level of ongoing isolation that living remotely brings. True, outside of lockdown you are free to socialise and visit family and meet friends at the local organic (“all meat is raised and butchered on the estate!”) pub but everything is slightly more effort. You don’t just pop out for a donder to the shops if you live in a hamlet – you pop out to walk the dog and yes, you see the owls taking flight as the sun goes down and you get to appreciate the sound of absolute, definitive silence as you lay your head on your pillow at night, but you have to ask yourself, would you miss the sound of human life around you?

If the answer is no then go full steam ahead with your #cottagecore dream. Have chickens pecking at your doorstep and dry your boots on the top of the AGA and lomp down to the river with the dog instead of queuing to get into the tube station at Holborn at rush hour. For me, the benefits of living in lots of space and peacefulness vastly outweigh the perks of the city, but then I did live in London for over a decade, then a few more years within easy commuting reach, and I feel as though I got my fix.

So who am I to tell you what you want? If the #cottagecore life seduces you and you find yourself on Rightmove then the best of luck – maybe I should write a guide on what to consider! Just don’t expect to make jam…