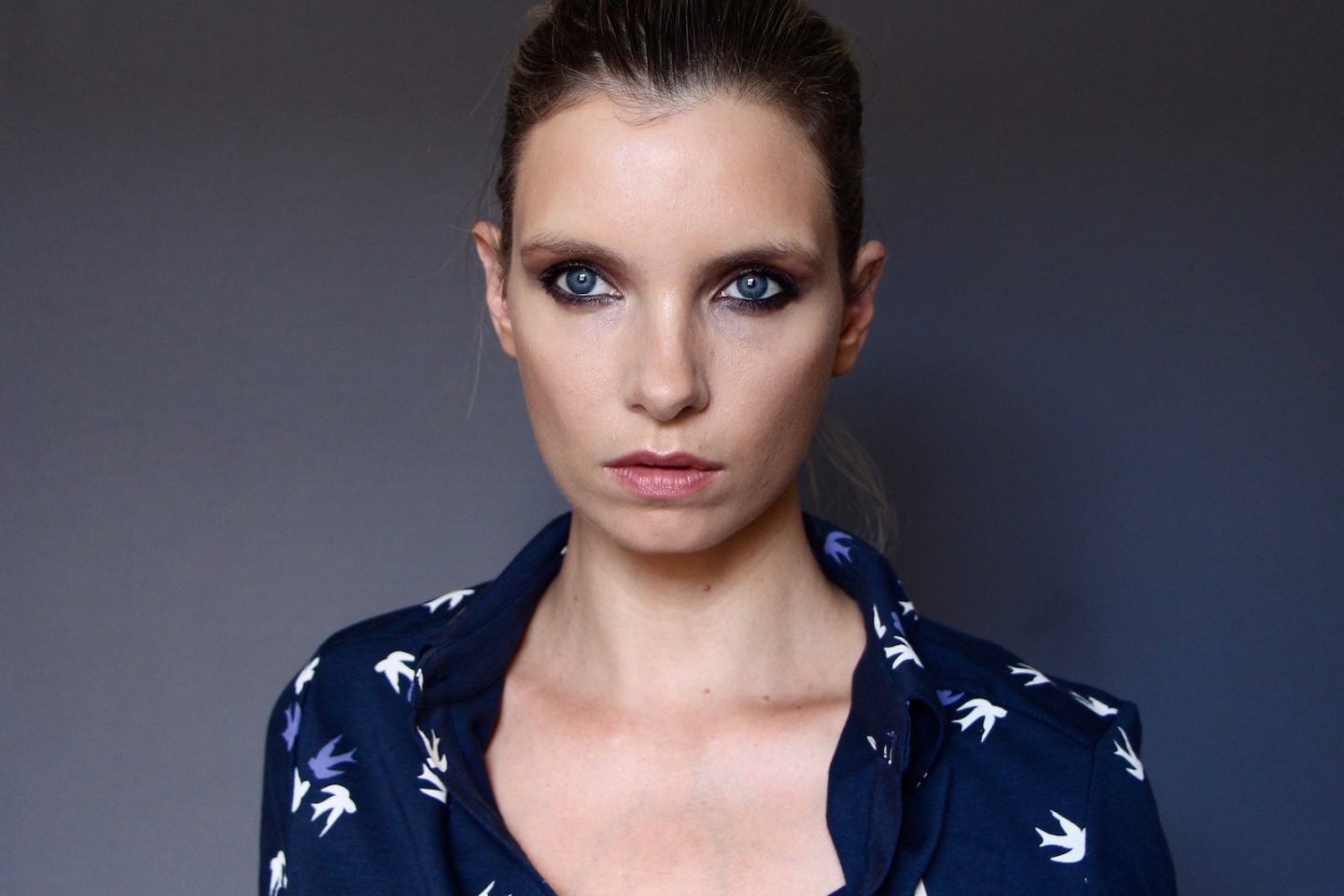 I have been desperately trying to divert attention away from my undereye circles by smudging on loads of eyeliner. An old trick utilised quite frequently in my more hedonistic (read youthful) modelling days, when I used to think nothing of staying out at a party until 3am, grabbing a few hours’ sleep in my hotel room before hazily piling into a taxi to the airport and boarding a plane to my next job. (Ever the consummate professional!) A bit of smudgy liner used to somehow hide a multitude of alcohol-related sins, though I suppose I had youth on my side and so the ill-effects of doing shots of tequila in a Disney-themed gay bar weren’t as apparent as they would be now. I’d imagine.

Anyway, my present self is most certainly not staying out at parties until 3am – I can barely make it past 10.30. I must have had the constitution of an ox in my twenties. These days, if I have one glass of red then I start to fall asleep, two (and I’ve only had two consecutive glasses of wine on four occasions in three years) and I start to mix up my words and make a plonker of myself.

But despite being the actual polar opposite of a party animal, I still manage to look as though I burn the candle at both ends, and that is because I have tiny children. So I’m back to the eyeliner look, to cut a long story short, and trying to pull off the sort of careless, undone makeup that only looks good in magazines. 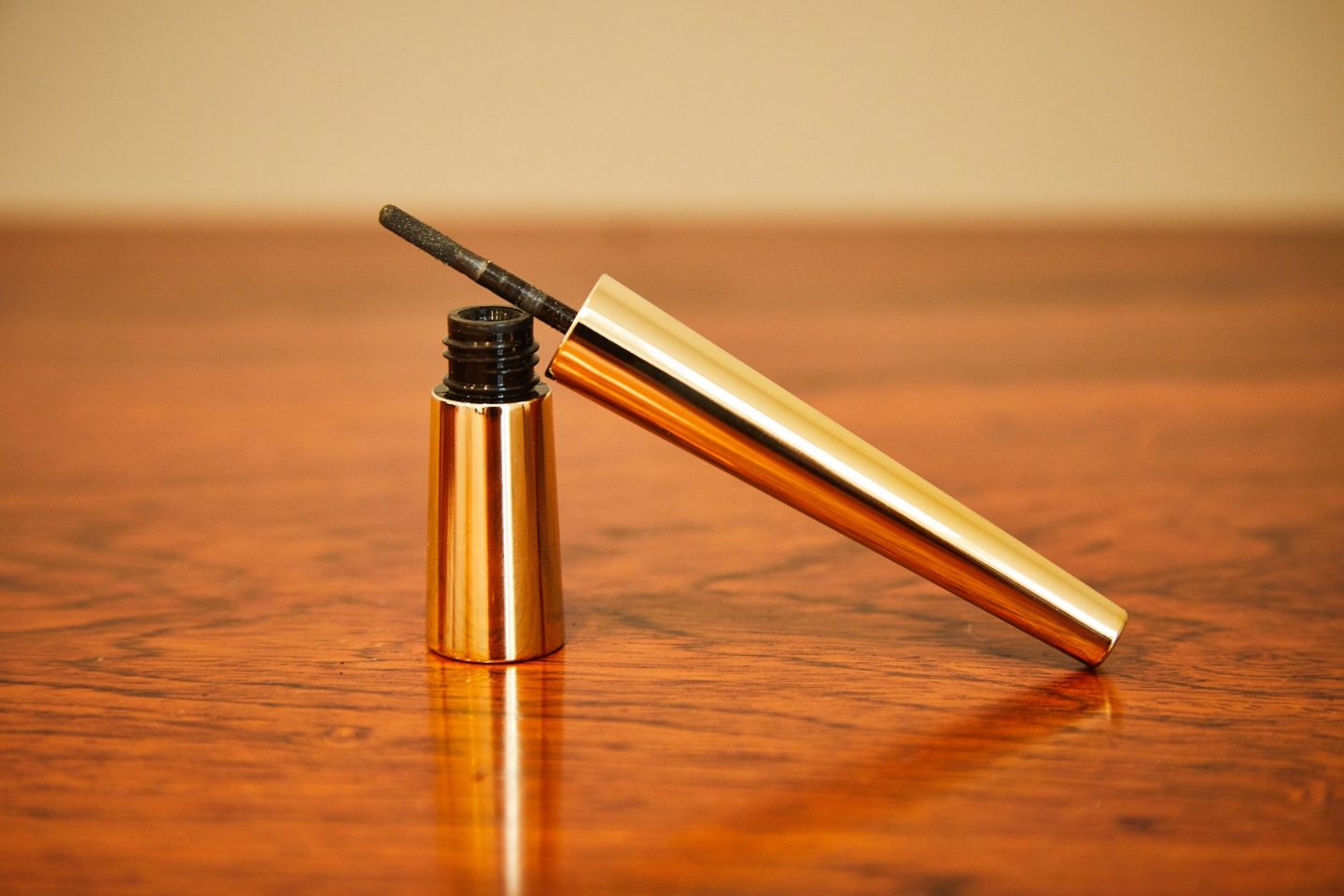 Thank you Victoria Beckham for your new Smudgy Matte Eyeliner, which takes away all of the guesswork when it comes to achieving a soft, smoked-out effect around the lash-line. Because it is so easy to get wrong; too hard a line and it adds twenty years to your face and makes your eyes look like (to quote a friend) “p*ss-holes in the snow”, too smudgy and powdery and you start to look like a panda.

One of the accepted best ways to do a smokey eye is to use a kohl pencil, scribbling generously and very close to the lash-line, and then follow with an eyeshadow powder in a similar colour to soften everything out. But this can be both faffy and time-consuming, and eyeshadow powders often don’t have the staying power of a waxier, waterproof eyeliner pencil, meaning that you get an unattractive fall-out just where you don’t want it…

So again, thank you Victoria Beckham for the Smudgy Matte Eyeliner, which is basically a liner and eyeshadow in one. Except that it’s like a super-powered eyeshadow that doesn’t shift, that needs little in the way of blending because the applicator lays it on in just the right amounts, an eyeshadow that has a universally-flattering matte grey colour that looks great on all eye colours… 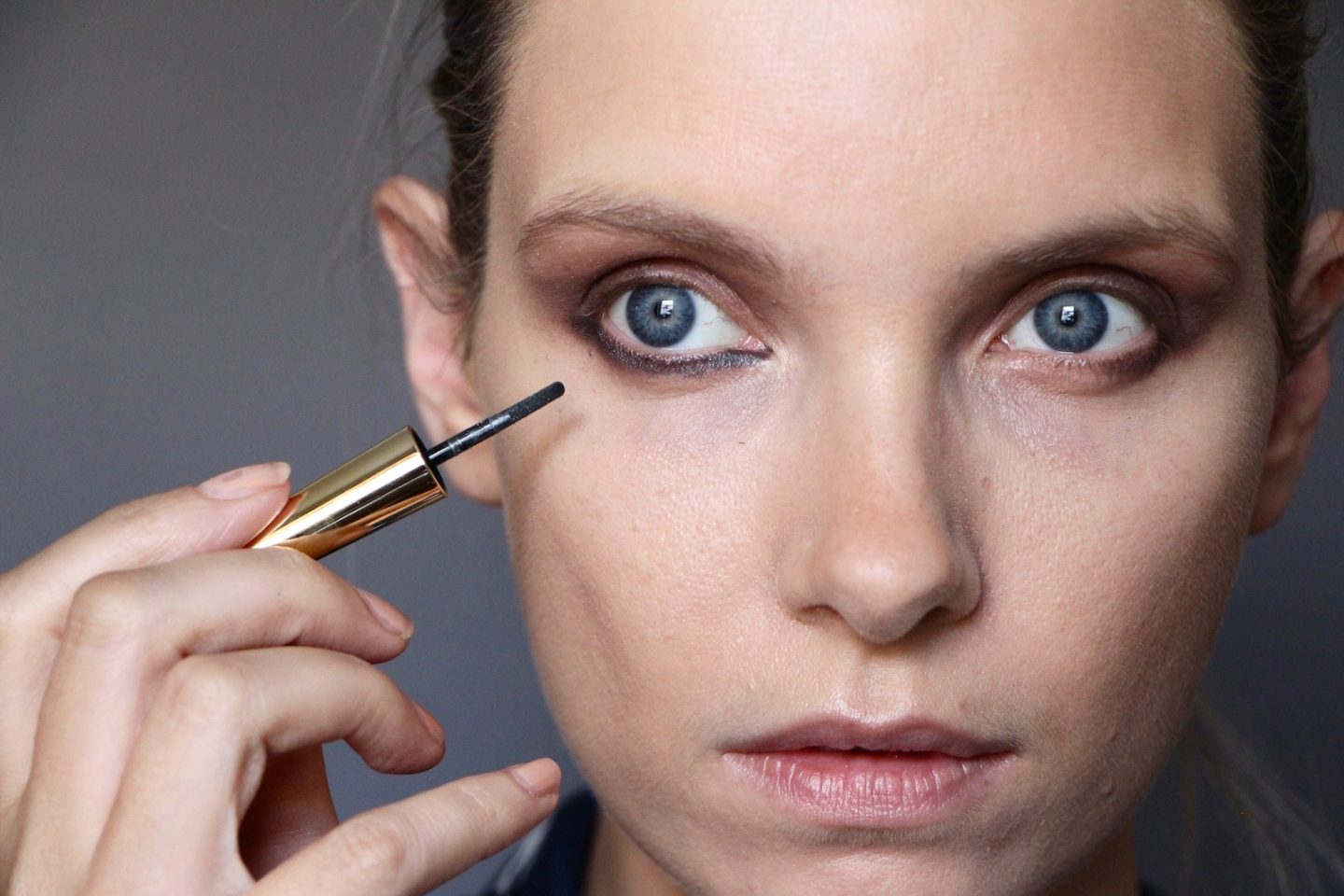 Excuse the startled expression here – I was attempting to keep my eyes open for long enough to demonstrate a bit of eyeliner application. You can see, probably, that there’s only one thing that this eyeliner won’t do for you and that’s the waterline. It’s a powder formula (basically a loose powder with a flexible little doe’s foot applicator) and you wouldn’t want to be plonking that around your eyeballs. So to keep things connected and sultry, you need to take a black (or charcoal) liner and run it around the inner bits of your eye, which feels horrible and may make you want to be sick, but it’s a necessary evil. 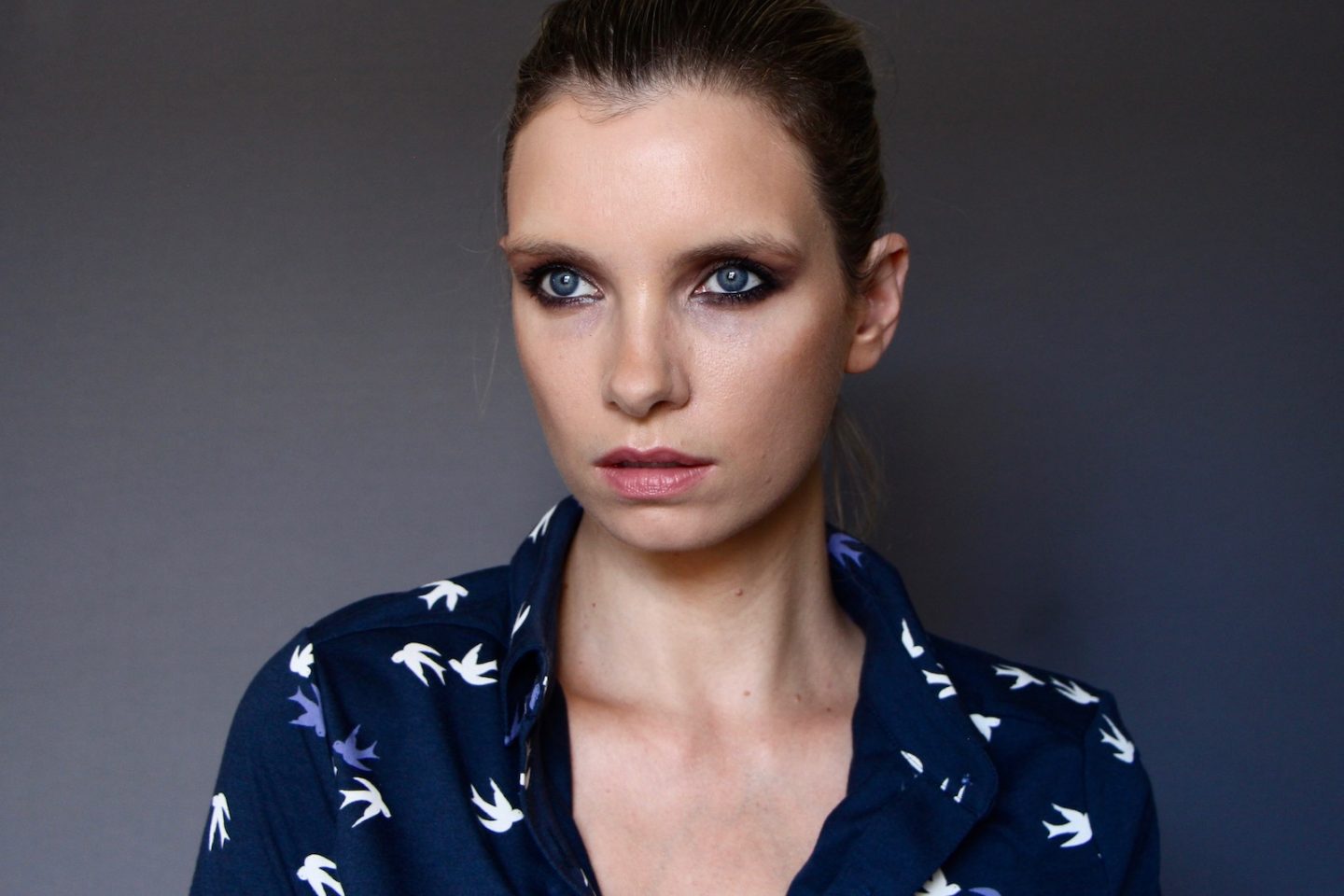 Because then you get that wide-eyed look, rather than the half-done look. It’s odd how actually adding liner to the waterline opens out the eyes rather than closes them in, but that’s what seems to happen nonetheless. 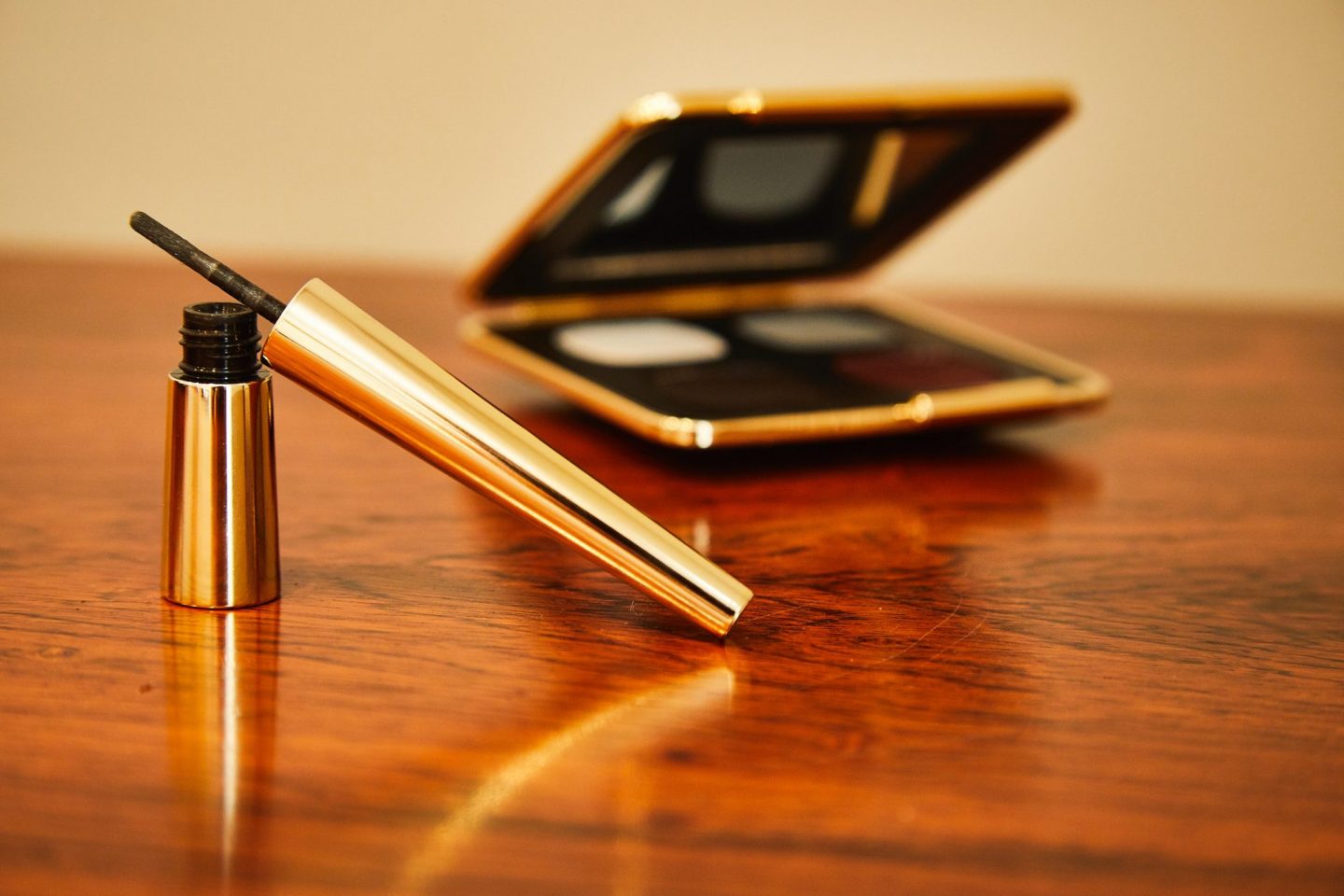 Another odd thing: I don’t know whether it’s my imagination, but I’m pretty sure that this “matte” liner is shot through with tiny speckles of glimmer. I’m not complaining, because the final effect is quite beautiful – it looks very modern and matte and cool, but it’s actually very brightening – but it does seem a bit weird to have sparkles in a matte product! 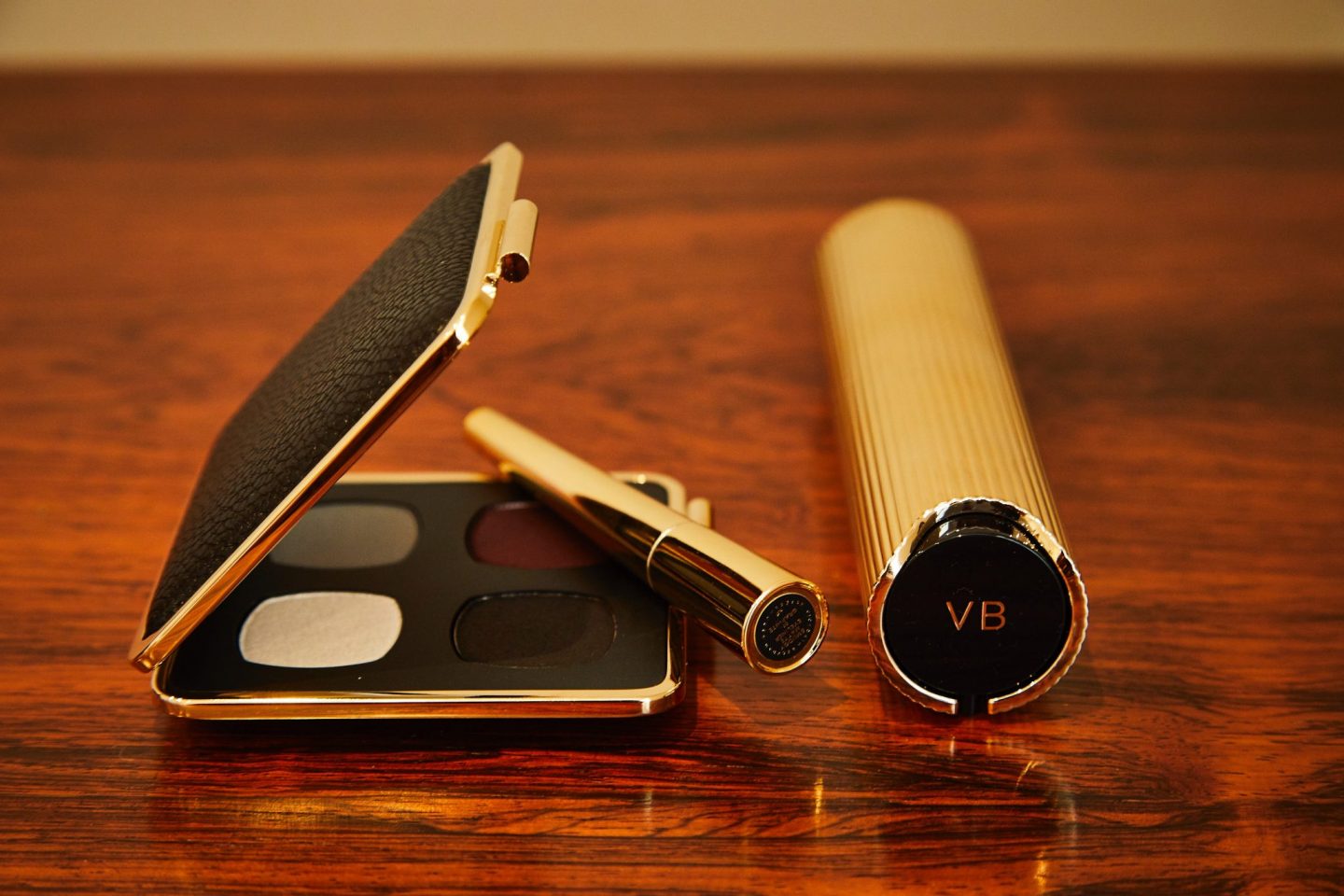 But I am virtually blind without my glasses, and I haven’t seen my glasses in about two months (they were perched on the back of the sofa the last time I saw them, which is never a good place for glasses to be) and so I could be imagining the whole thing.

At any rate, the Smudgy Matte Eyeliner is a gorgeous addition to the Estée Lauder x Victoria Beckham collection and is actually my top pick from the new (ish) launch. I wasn’t massively keen on the eyeshadow quad, though the packaging is absolutely spot-on, as usual, and the lip things were not different enough to excite me…

You can find the Smudgy Matte Eyeliner at Selfridges here* or Estée Lauder here* – it’s £36. The brilliant swallow-print shirt I’m wearing in the pictures is from Boden here* – incidentally, it’s a pound cheaper than the eyeliner! Admittedly, it’s an incredibly pricey little eyeliner and so I will strive to find something similar – if you have any suggestions then let me know and I shall endeavour to try them out.