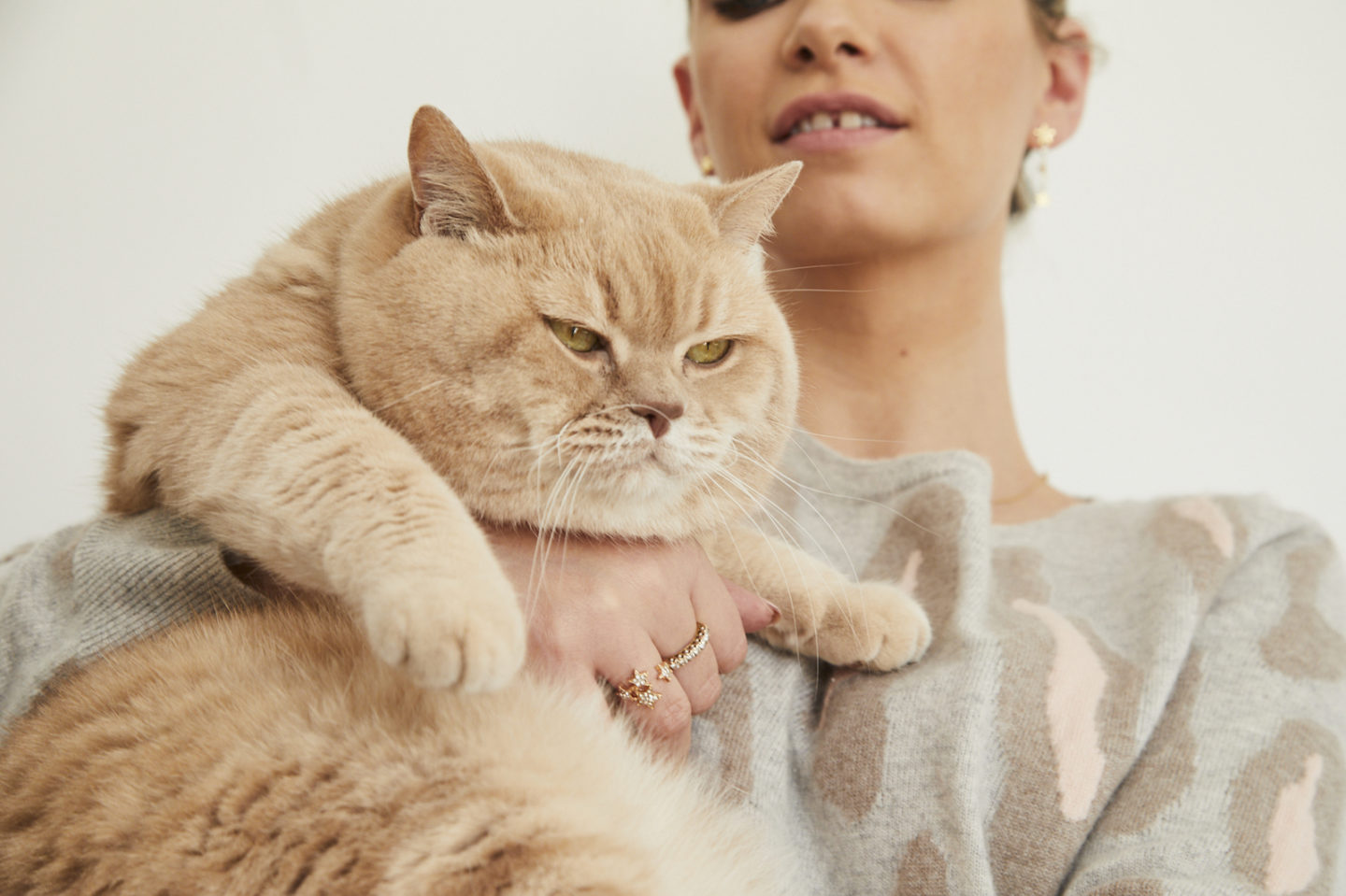 The internet sensation Grumpy Cat better watch out; I think that Mr Bear could give her a run for her money. I’ve been having a right chuckle at some of his expressions in the pictures below. It’s funny, because he’s always been a very cuddly, affable kind of cat and I’ve been carrying him about like a baby since the minute I brought him home. (At fourteen weeks. He’s now seven years old.) 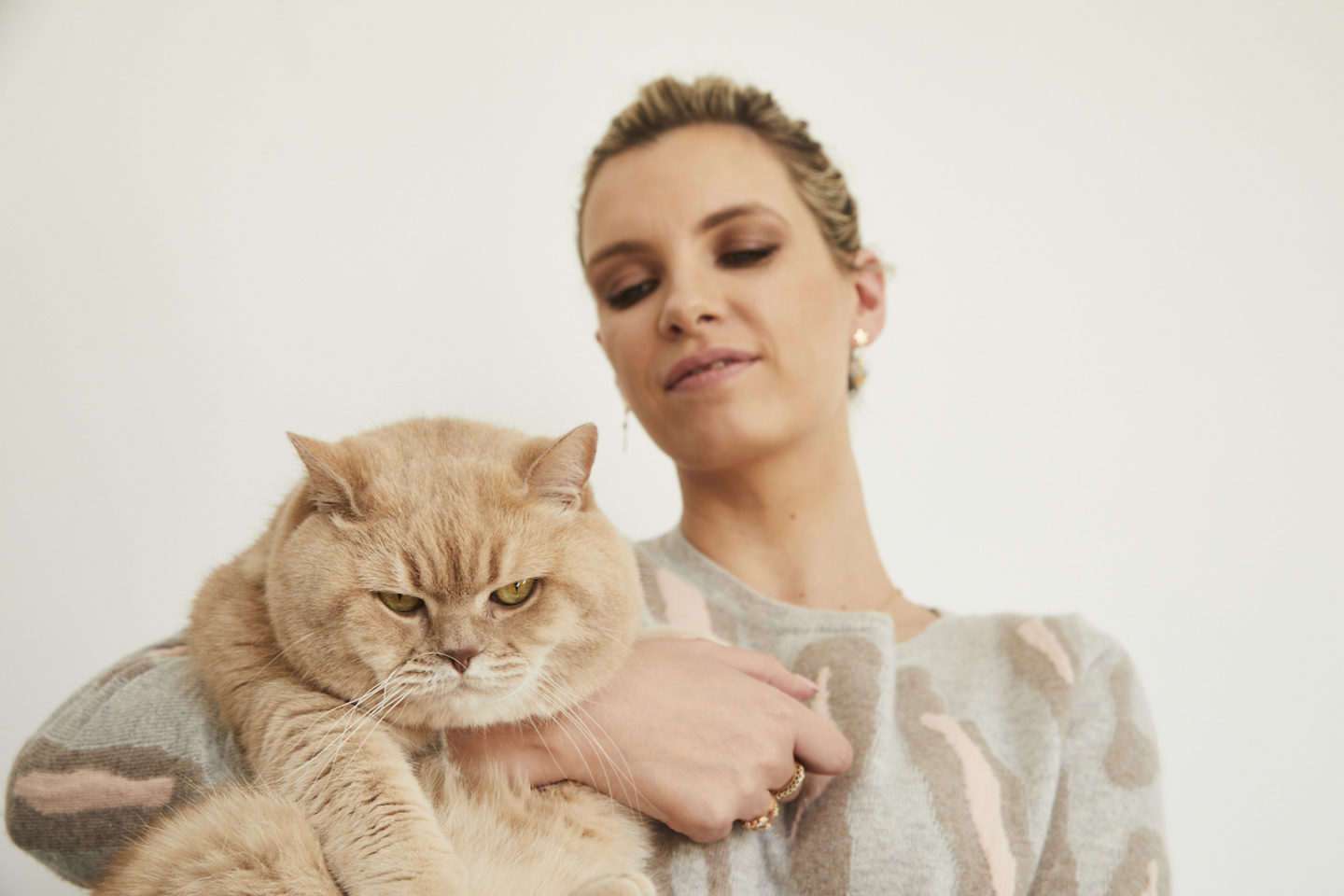 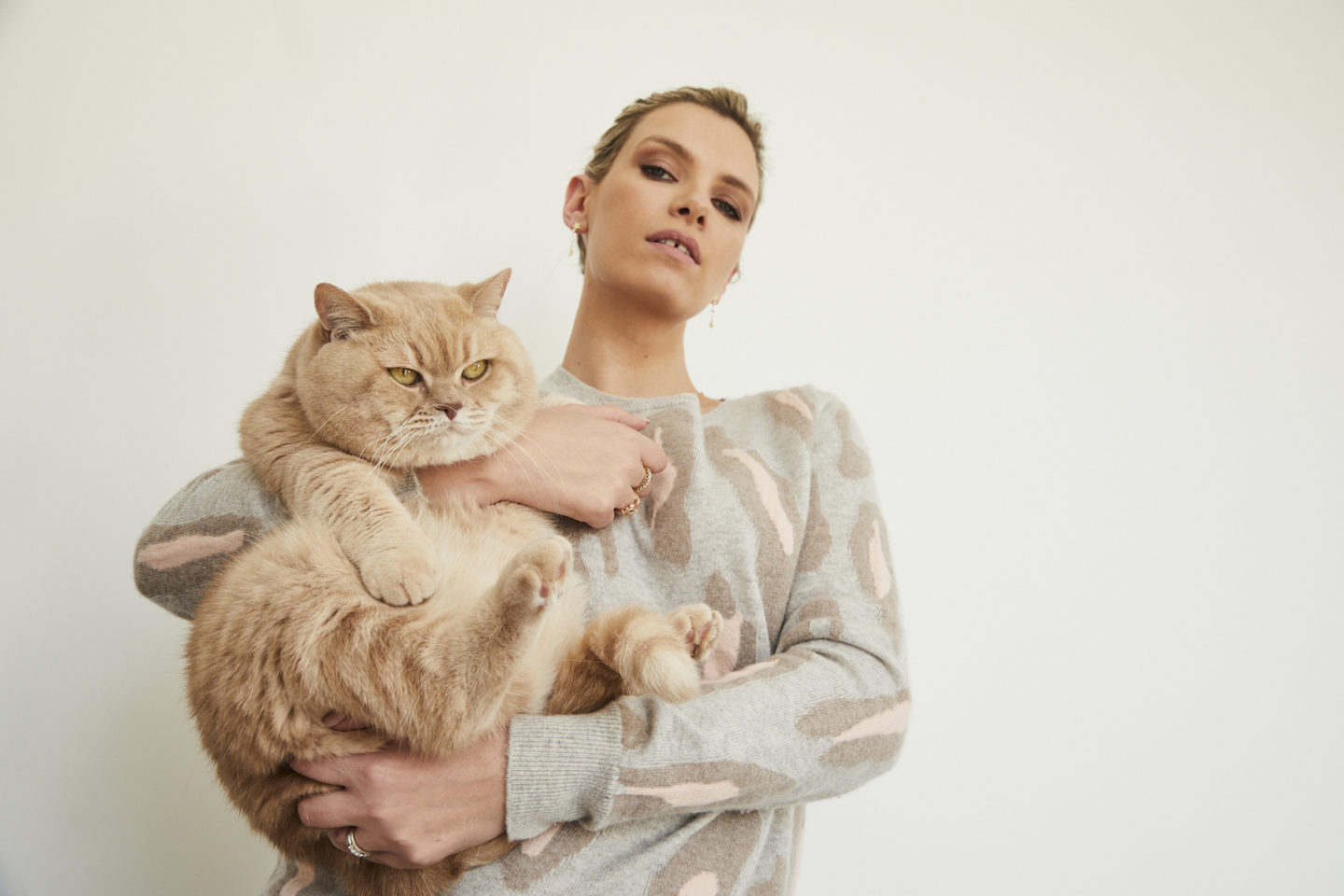 He is a cat, after all, and we all know that cats are psychopathic, selfish human-tormentors trapped inside thick fur coats. Bond villains. They sit there on the sofa, eyes half-shut, thinking about how nice it will feel when they sink their claws into your unsuspecting foot. They dream about pinning a butterfly to the wall by its wing and maiming a mouse but not enough to kill it. 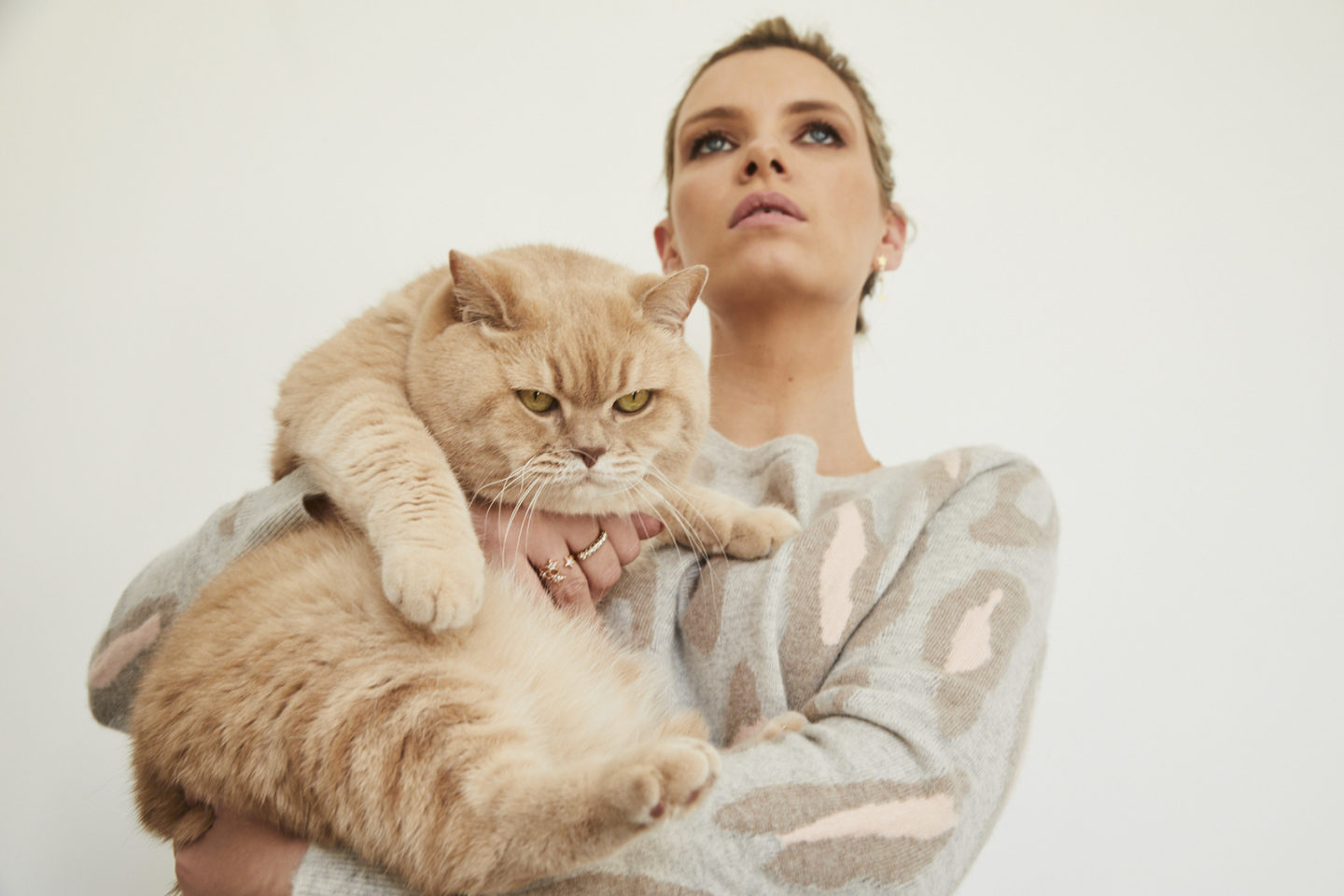 When you actually think about it, cats are quite horrible! They play with their kill. Torture it. Pierce and tear parts of it but then force it to limp around again for fun. If a normal cat was a character in a movie, it would be that guy from Saw who devises all of those horrendous death games and then makes a puppet ride a trike. (Honestly, I think about that Trike Puppet every time I need to scare myself.) (You may be wondering why I’d ever need to scare myself: I sometimes do it to feel invigorated and racy. I think it’s because I don’t drink caffeine.) 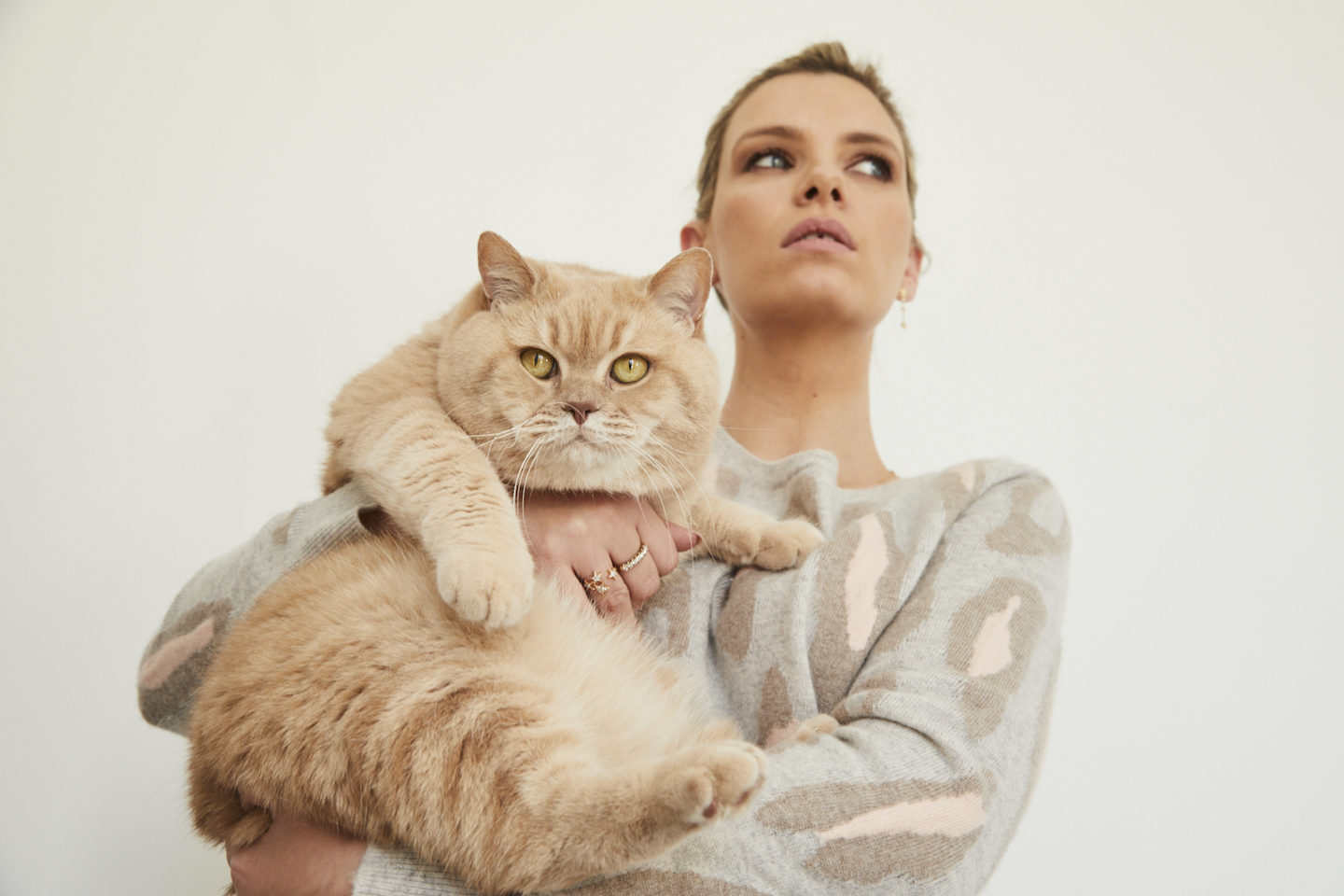 So anyway; it should come as no surprise that Mr Bear’s face, when caught on film, shows varying degrees of evilness and grumpiness. Cuddly on the outside, cunning on the in. And it’s not like I make him appear in these shots; every time we do any sort of photoshoot at home he always pads up to see what’s going on and – if the mood takes him – gets involved. 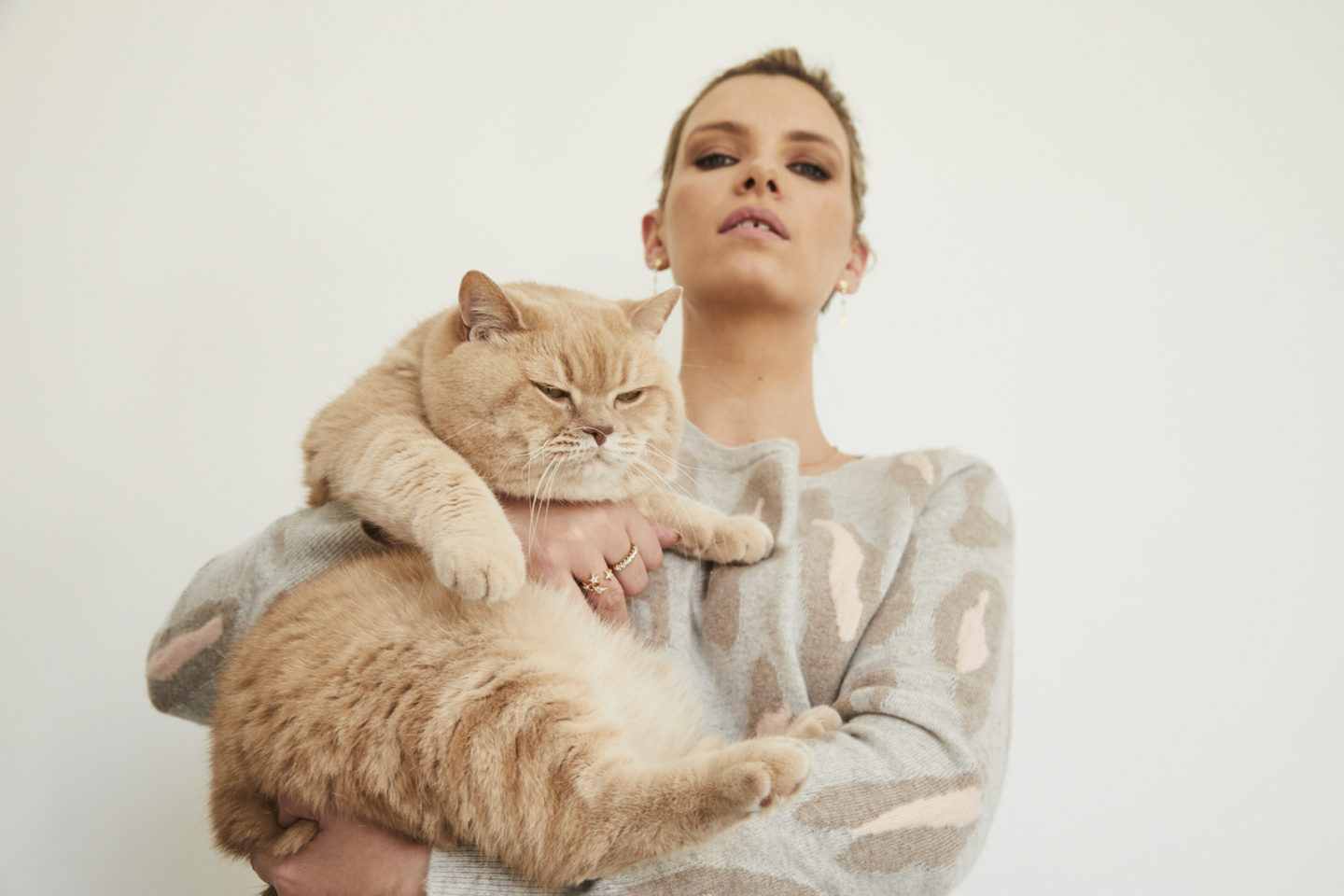 Now and again I force him to appear in pictures, which I suppose is a terrible abuse of power and makes him an unpaid model and me some sort of illegal pet labour overlord, but he gets free lodgings and loads of prawns so I don’t feel all that bad. 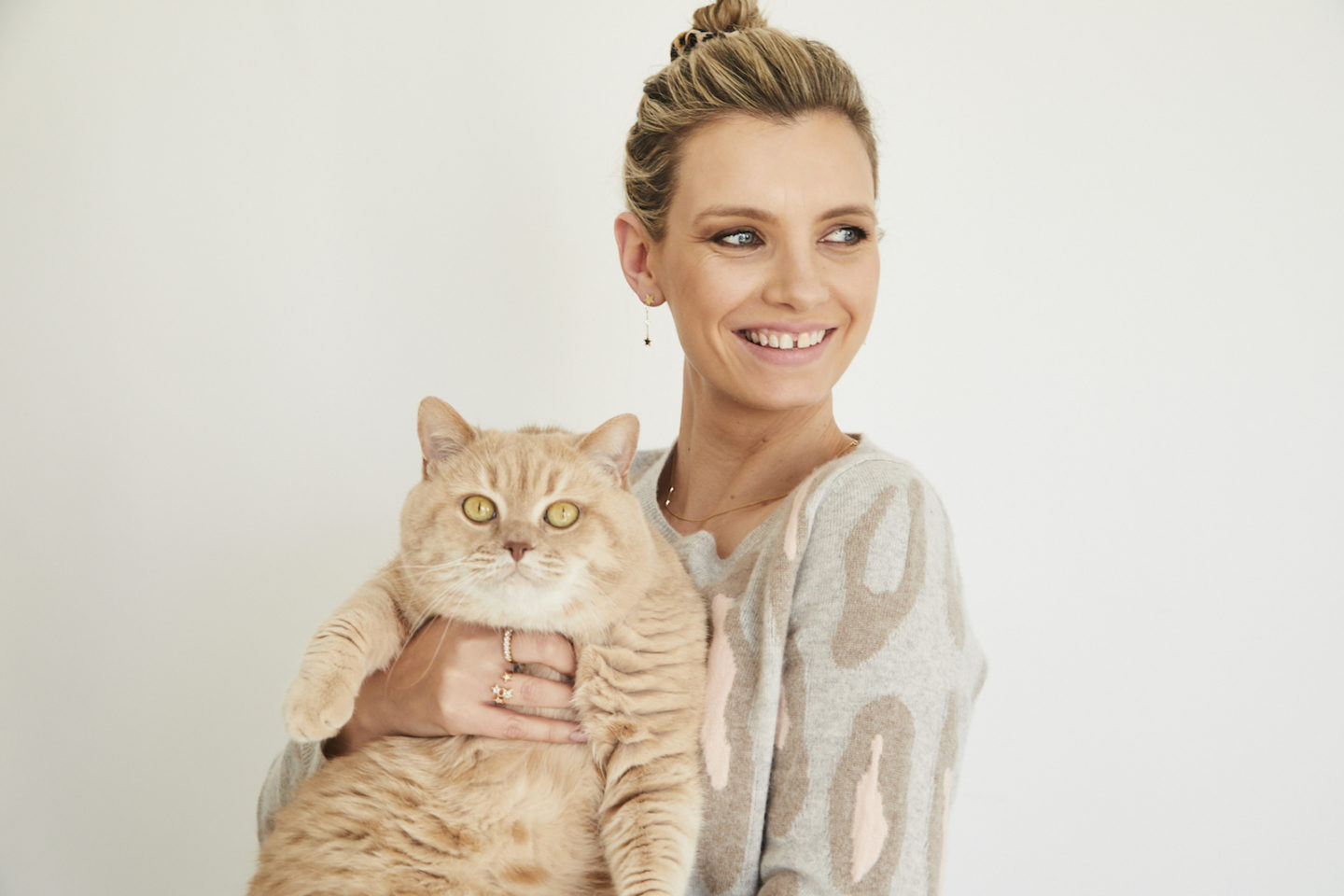 Anyway, Mr Bear the British Shorthair has managed every model face in the book, here, if the book was An A-Z of How To Lose Clients; he has perfectly executed all of the Ds – “disdain”, “disgust”, “dread” and made a good start on the S chapter. “Surprised” and “superior”. 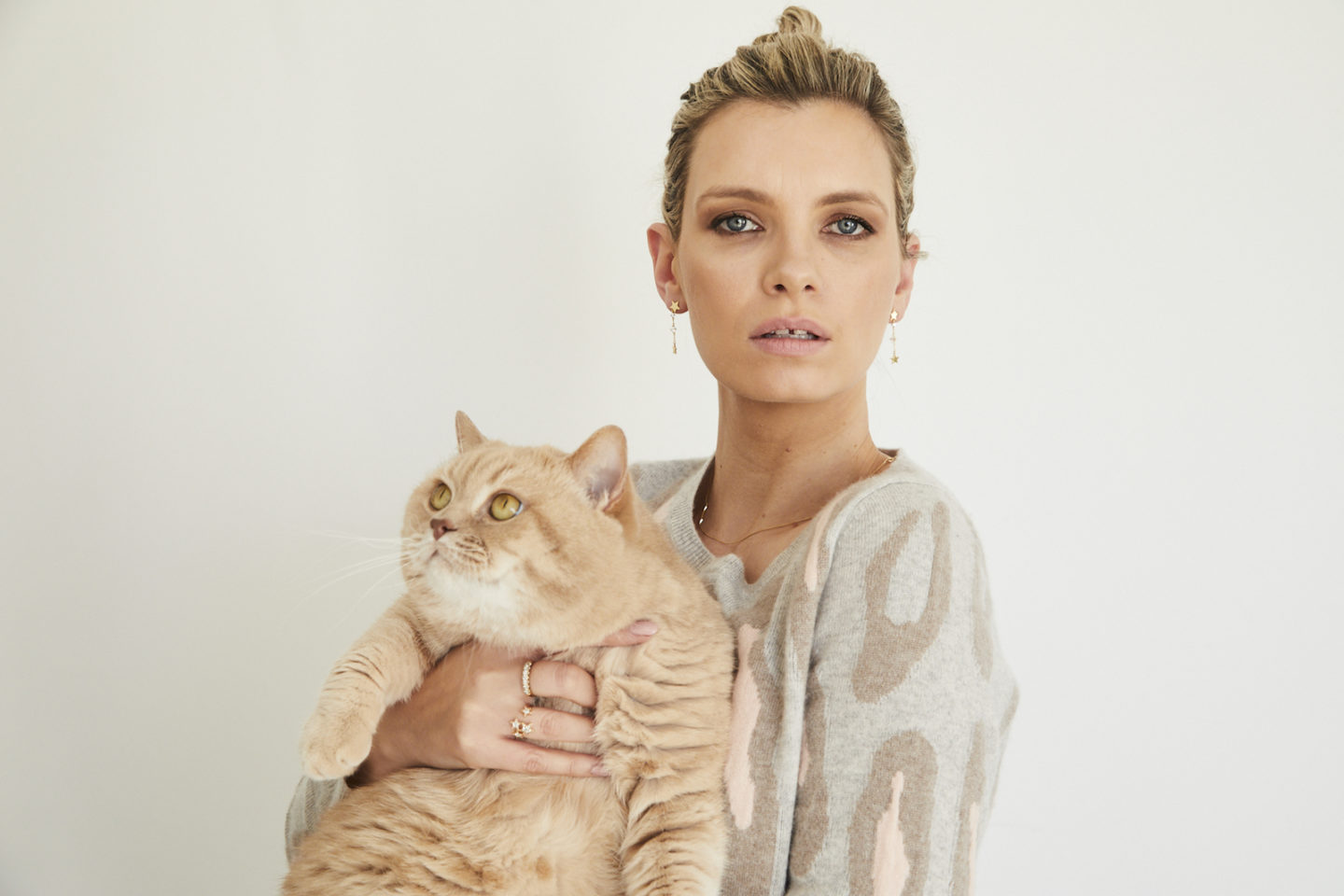 I especially like the photos that were intended to be quite serious and lovely, “a lady and her cat” sort of vibe, that are rendered slightly absurd by Mr Bear’s grumpy expression. I think I only got two frames where he was smiling – or “smizing” and one of those was blurry because I sneezed. Here’s the keeper: 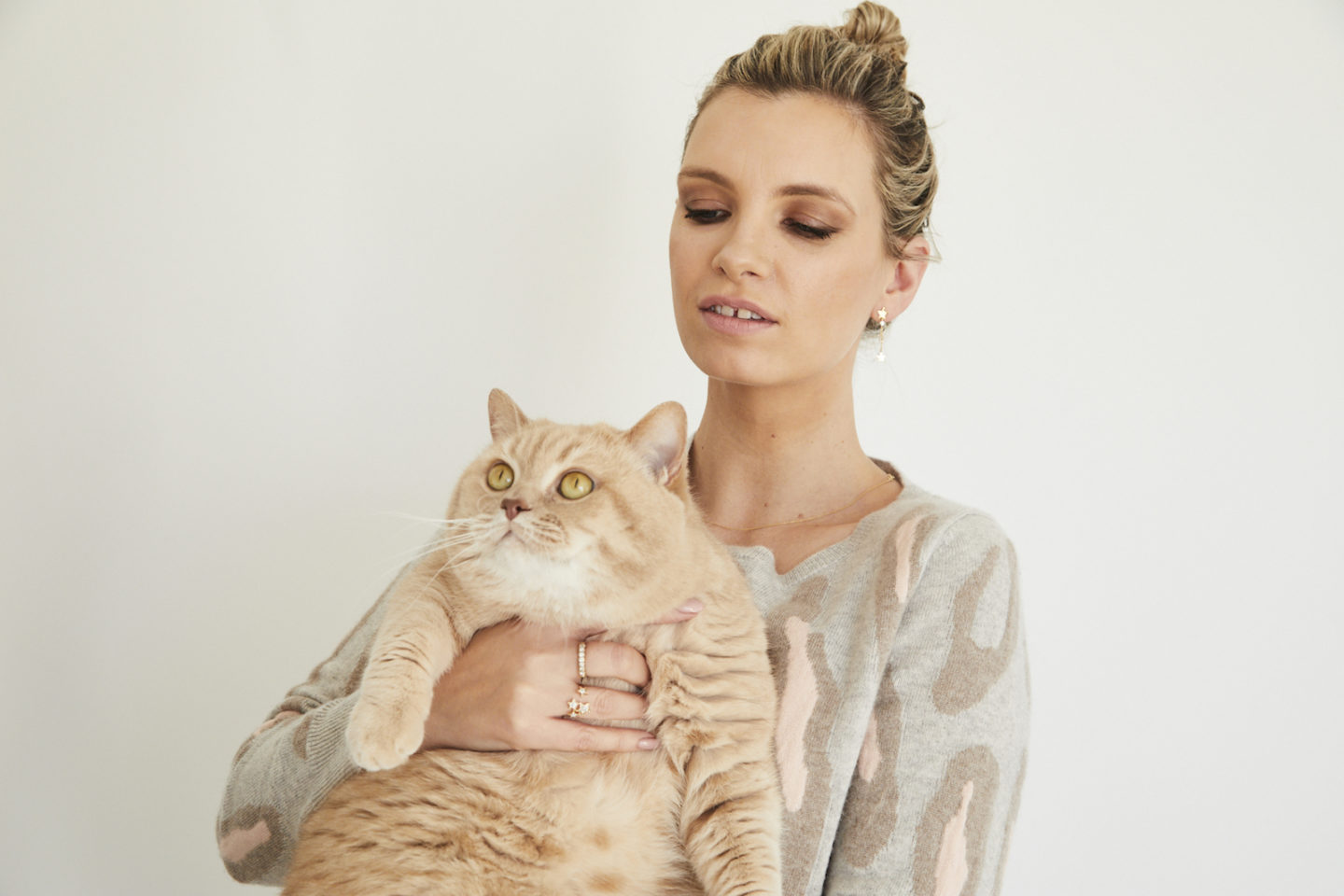 Look at that lovely Cheshire Cat grin. See, Mr Bear, isn’t life so much better when you look on the bright side? 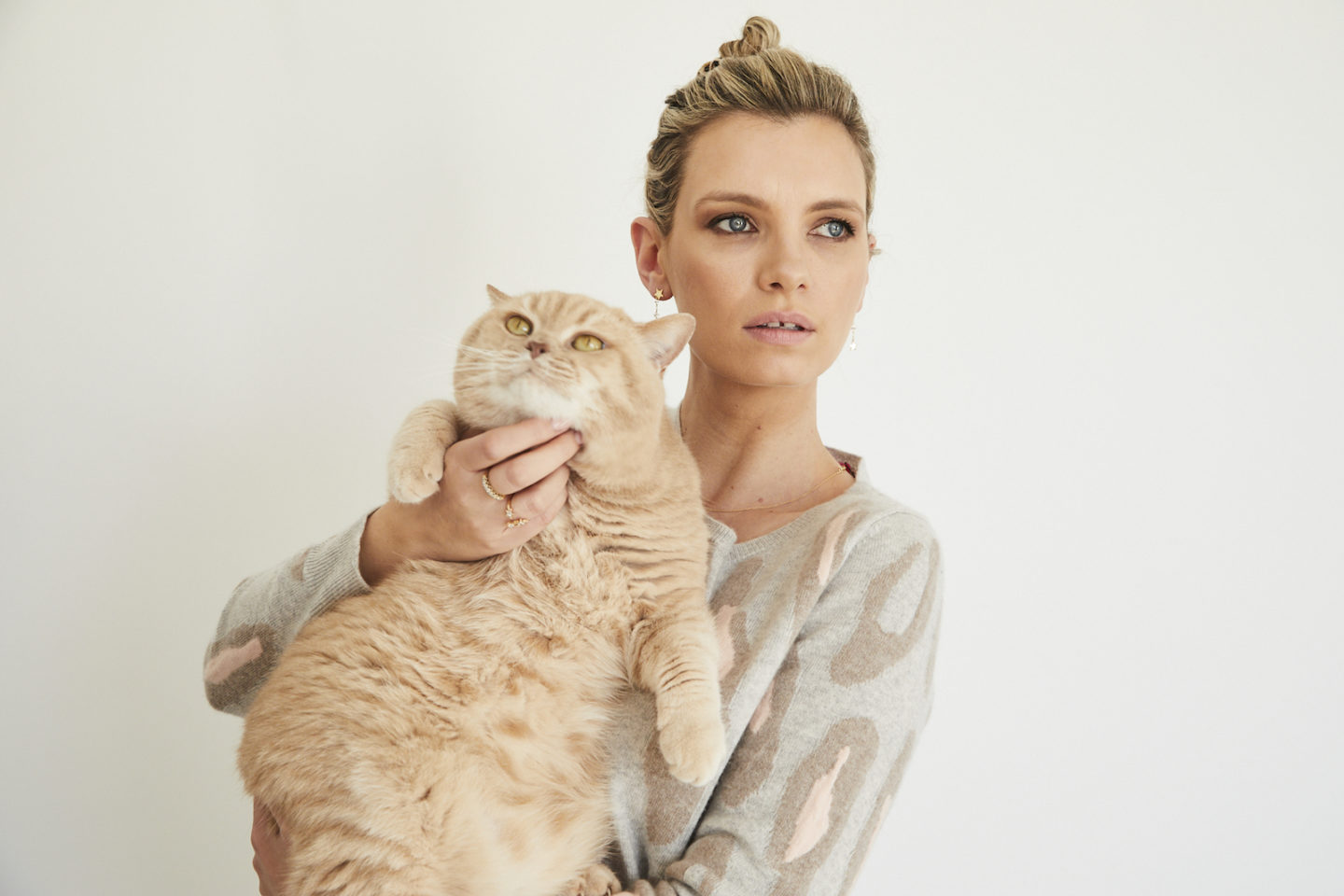 Thank you so much to Made East Knitwear for sending through this jumper for my cashmere shoot (that’ll be up later this week): you can find The Tina on their website here, it’s currently in the sale and (at the risk of pre-empting what I’m going to say in the cashmere story!) is so supremely soft. It also seems to be loads denser than a lot of cashmere jumpers I have, I can see it lasting decades. So long as Mr AMR doesn’t put it in the boil wash…