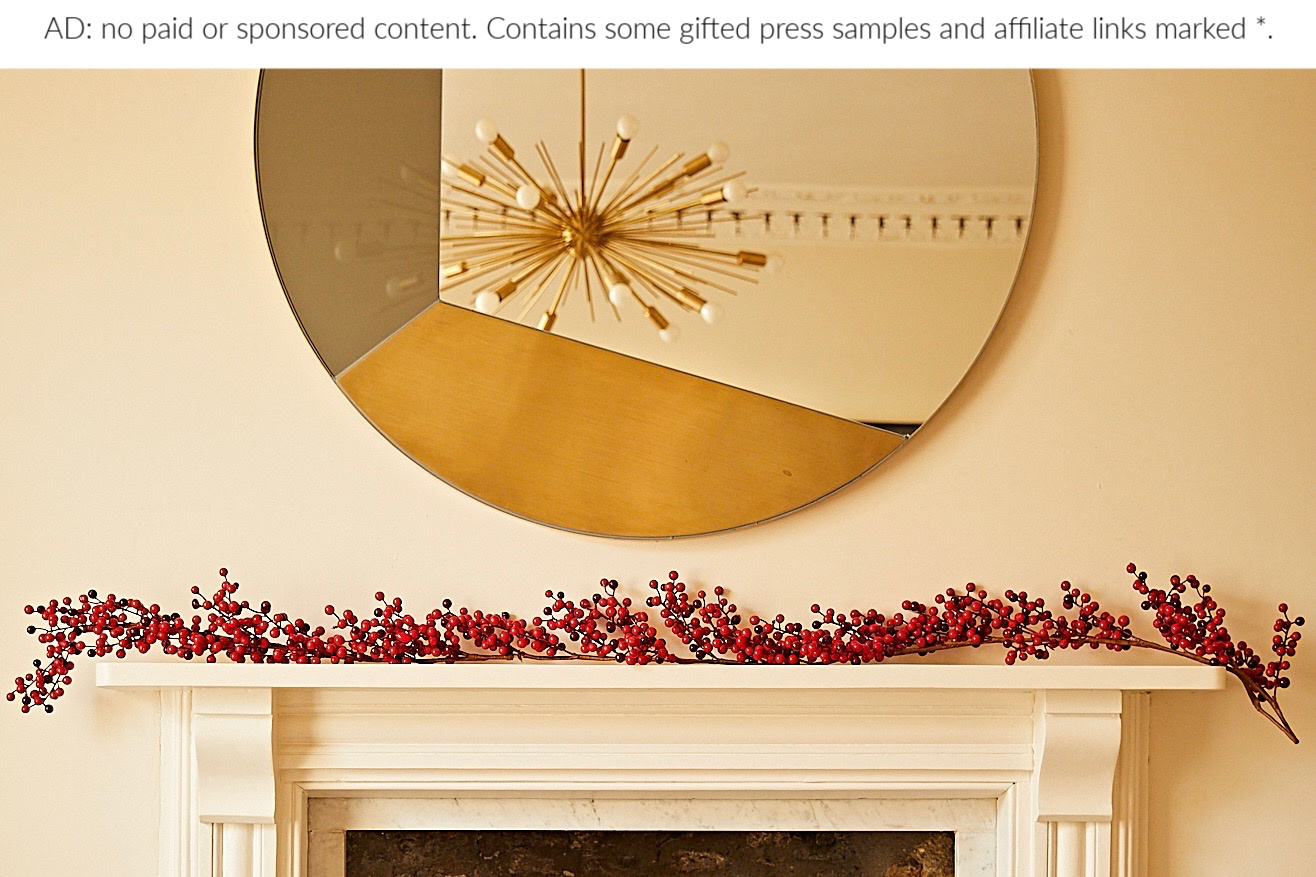 I was going to call this post Top Faux Christmas Garlands but when I looked at the pictures it was more like a fireplace catalogue, so I’ve kept the title real and relevant for you.

Fireplaces aren’t all they’re crack(l)ed up to be, in my opinion. It must have been more than a full time job, in the Georgian times, keeping the house fires going. A constant hassle. Finding your matches, using your old manuscripts as kindling, hoovering up the soot with Ye Olde Henry Hoovre. 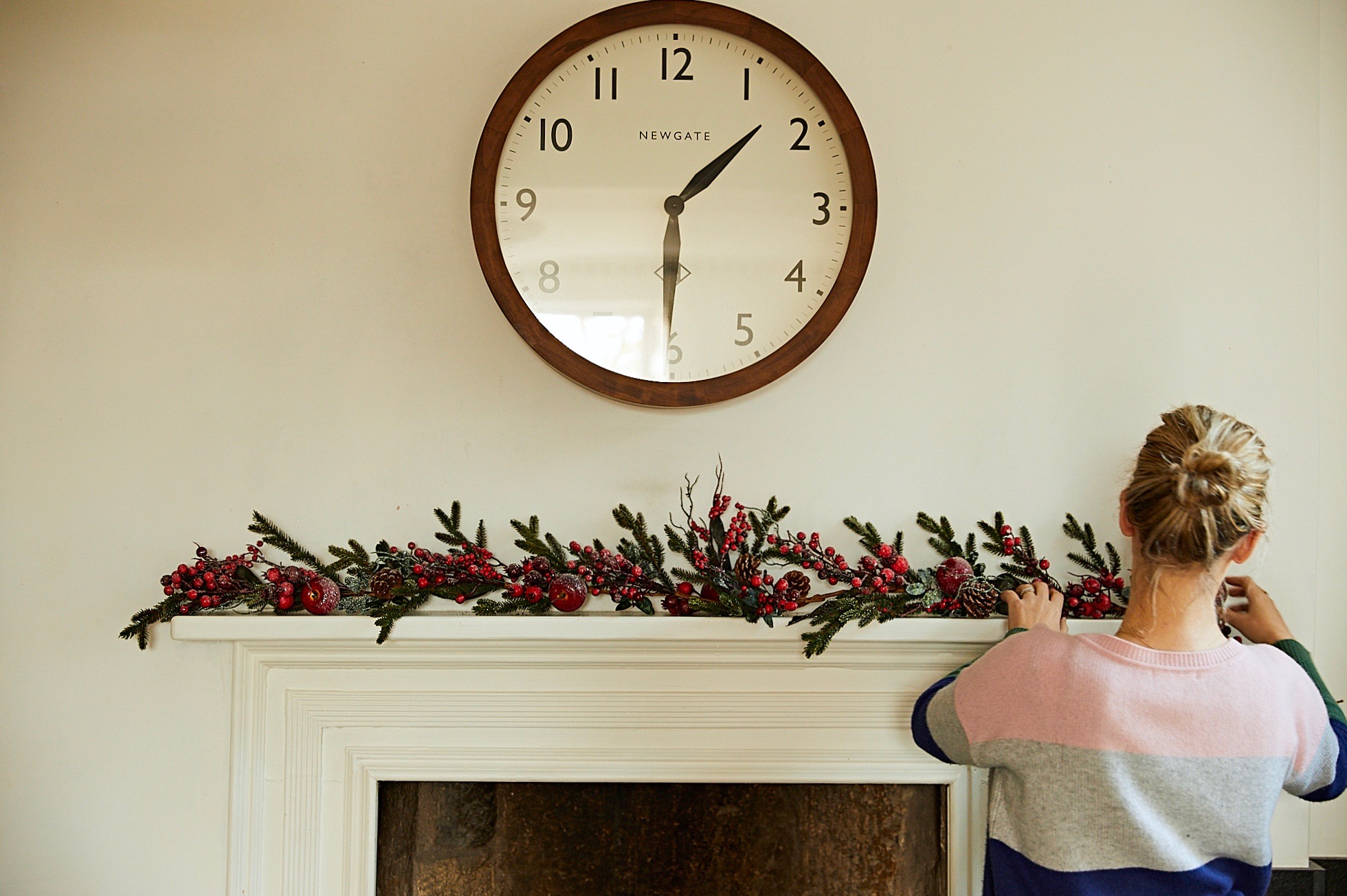 And also quite hazardous, all those sizzling grates. Imagine always worrying about whether a spark had flown too far from the hearth and set fire to the edge of your wicker chair or piece of parchment or box of gunpowder or whatever.

No smoke detectors, either – the first you’d have known about a disaster was your horse winnying in the stable. And that’s not the most reliable method.

In these modern times, sticking the heating on is far simpler than going outside into the cold and selecting your firewood, chopping it, carrying it inside and then arranging it carefully so that the flames catch etc etc.

(I write that like I’ve actually done it – I haven’t lit a fire since I was in the Girl Guides, which was almost thirty years ago now. Mr AMR does it and has all of the equipment, like his special axe and his special gloves…I like to dress as Red Riding Hood and trot past the woodshed coquettishly.) 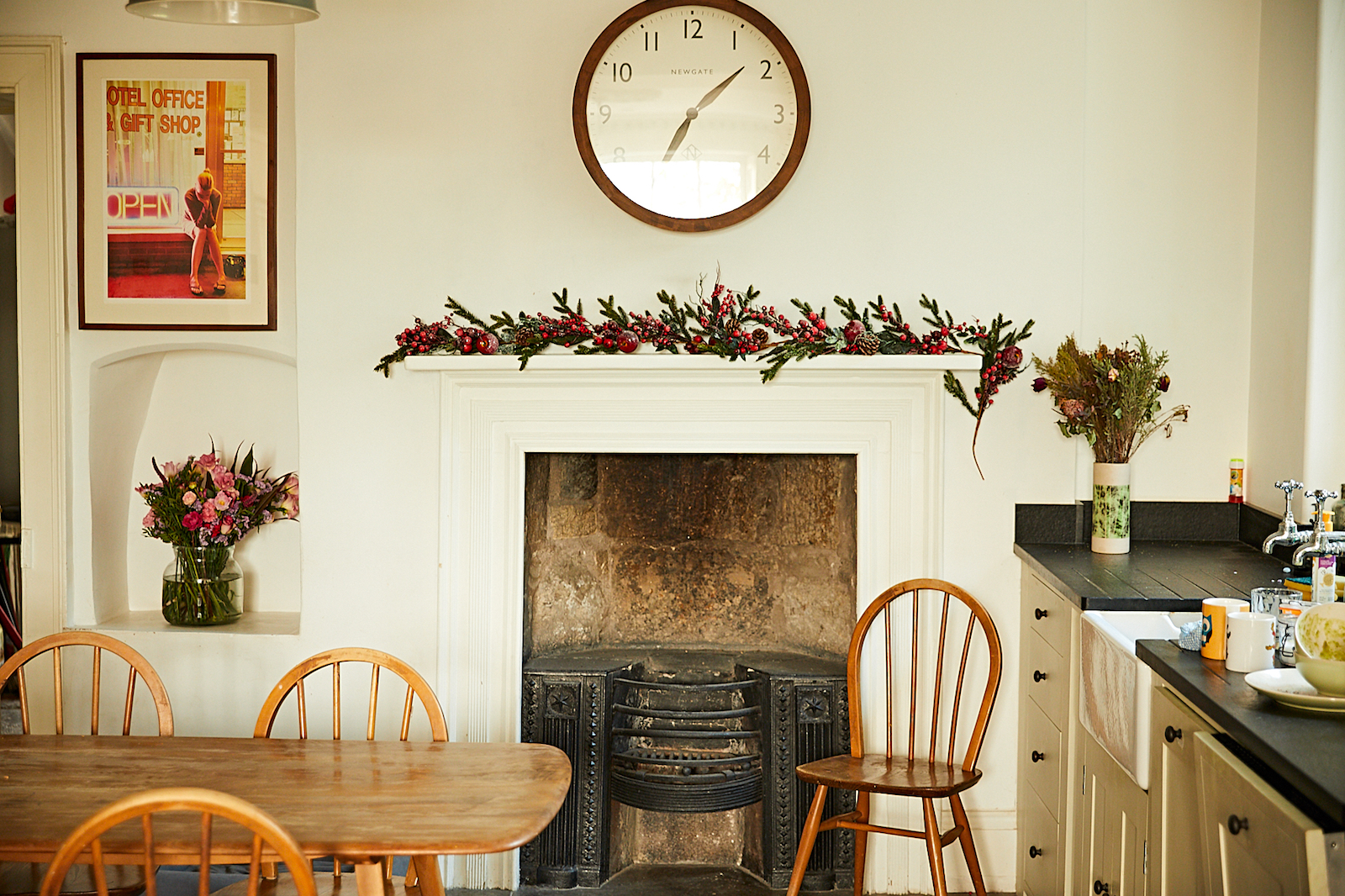 And that’s why none of the fireplaces in the house are working open ones (two have wood-burners). It’s a pain in the arse having proper fires. They look great in pictures, in reality they are probably the least efficient way of heating a house known to man. Apparently you lose about eighty per cent of the heat up the chimney. Or something. Don’t quote me – I’ve guessed at that statistic and can’t even be bothered to open a new internet tab to check it!

Anyway, welcome to my fireplace showcase. Or, if we’re being sensible about it, a roundup of some of the best faux garlands. Didn’t think you needed a garland in your life? Think again. I’m a convert. If you have a large, long feature in a room, such as a mantelpiece or a shelf or a console table, then a garland arranged along the length of it looks instantly quite plushly festive.

Why faux? Have you seen the price of fresh ones? Good God, you could buy the whole Christmas dinner thrice over. And they die! For some reason I don’t mind if the wreath dies (and I love the smell of the real ones as I come in the front door) but an indoor garland that’s only on show for a few weeks of the year: give me faux. Give me something I can box up and stick on the loft until next year.

Here are my favourites: 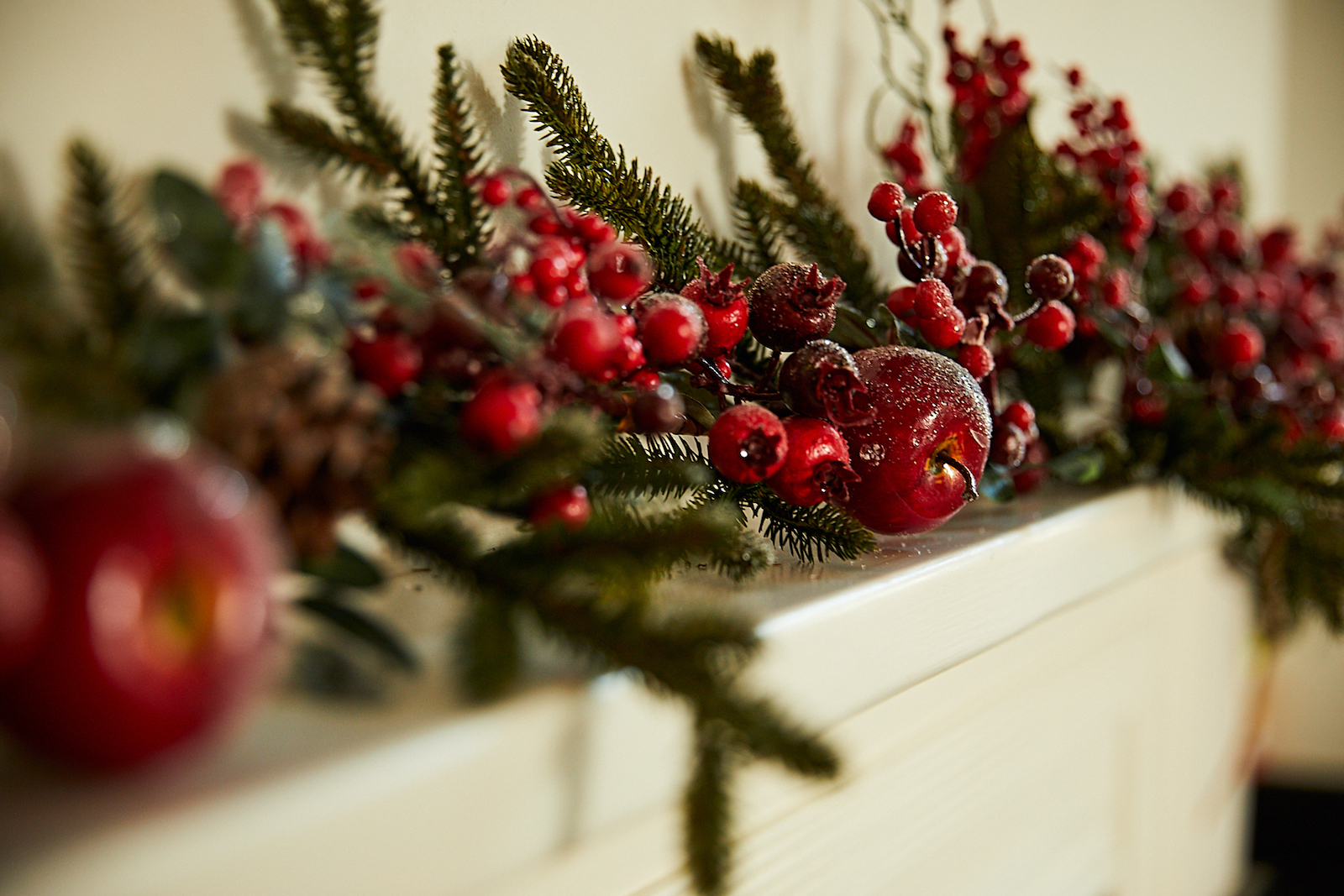 I think that this one might be my overall favourite (followed by the other red berries one, see below – I must have a thing about red this year!); there’s something a bit childlike and magical about the frosted apples and berries. It almost feels as though there should be toadstools and little silvery spiderwebs woven in too!

I think that because the apples and berries look so purposefully fake, the whole garland just seems incredibly well put-together and expensive. It’s properly kitsch and it’s not pretending to be something it’s not. 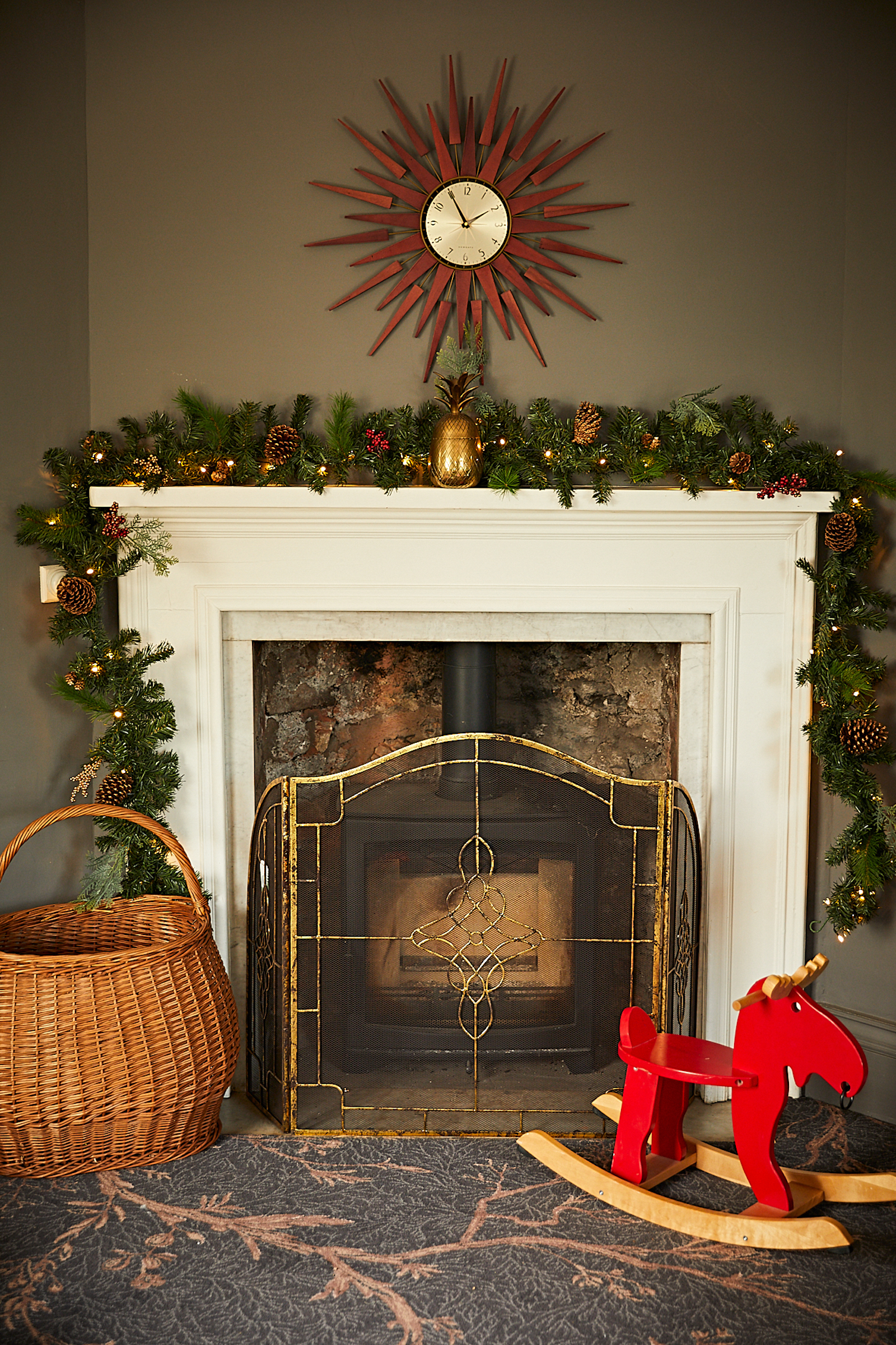 Wow, this went fast online! No wonder, it’s a beauty – really, really very long and generous on the faux-foliage. Fo-fo-foliage. 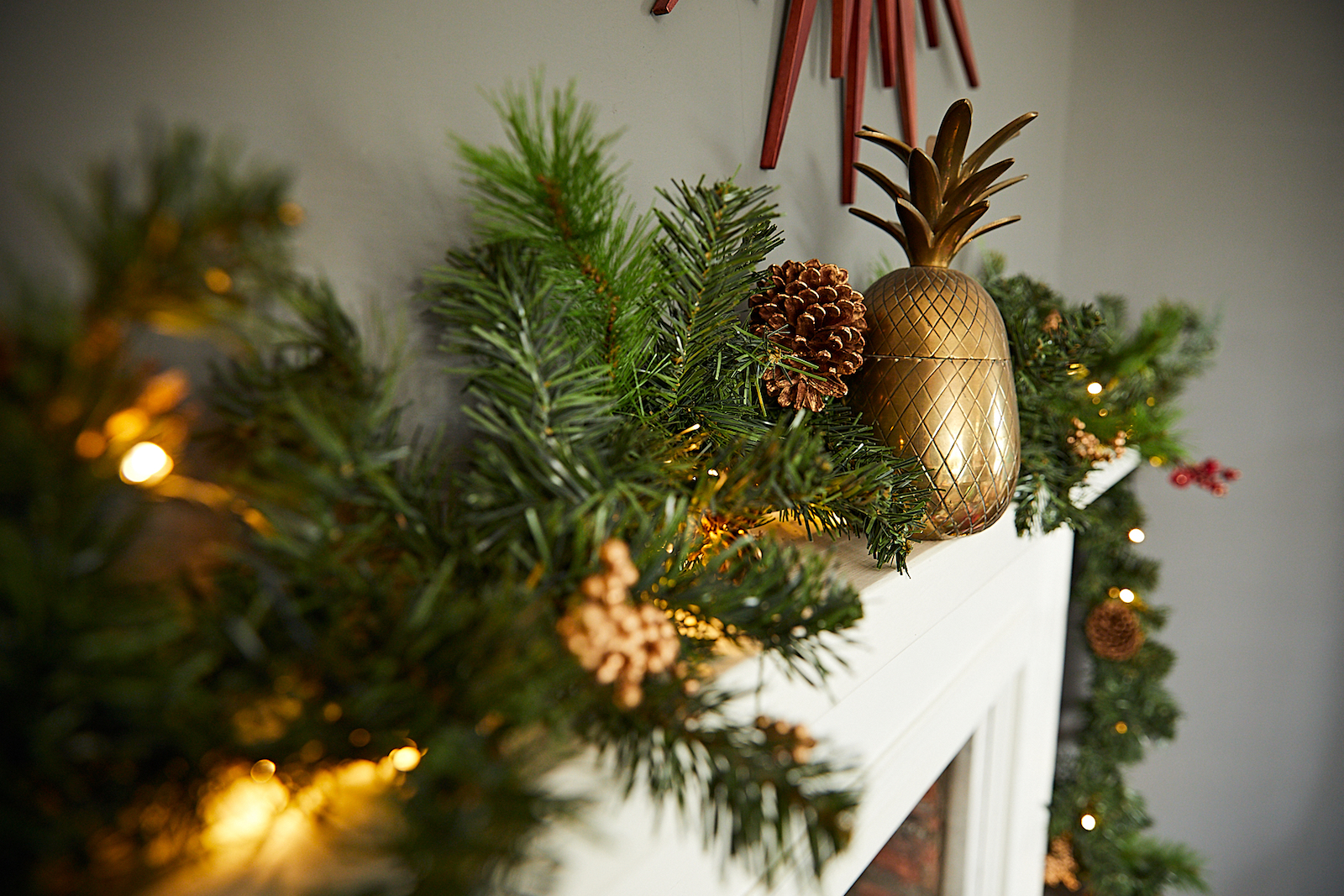 I hated the pre-lit thing, when I first switched the lights on, but they’ve grown on me. It’s cheery and festive. 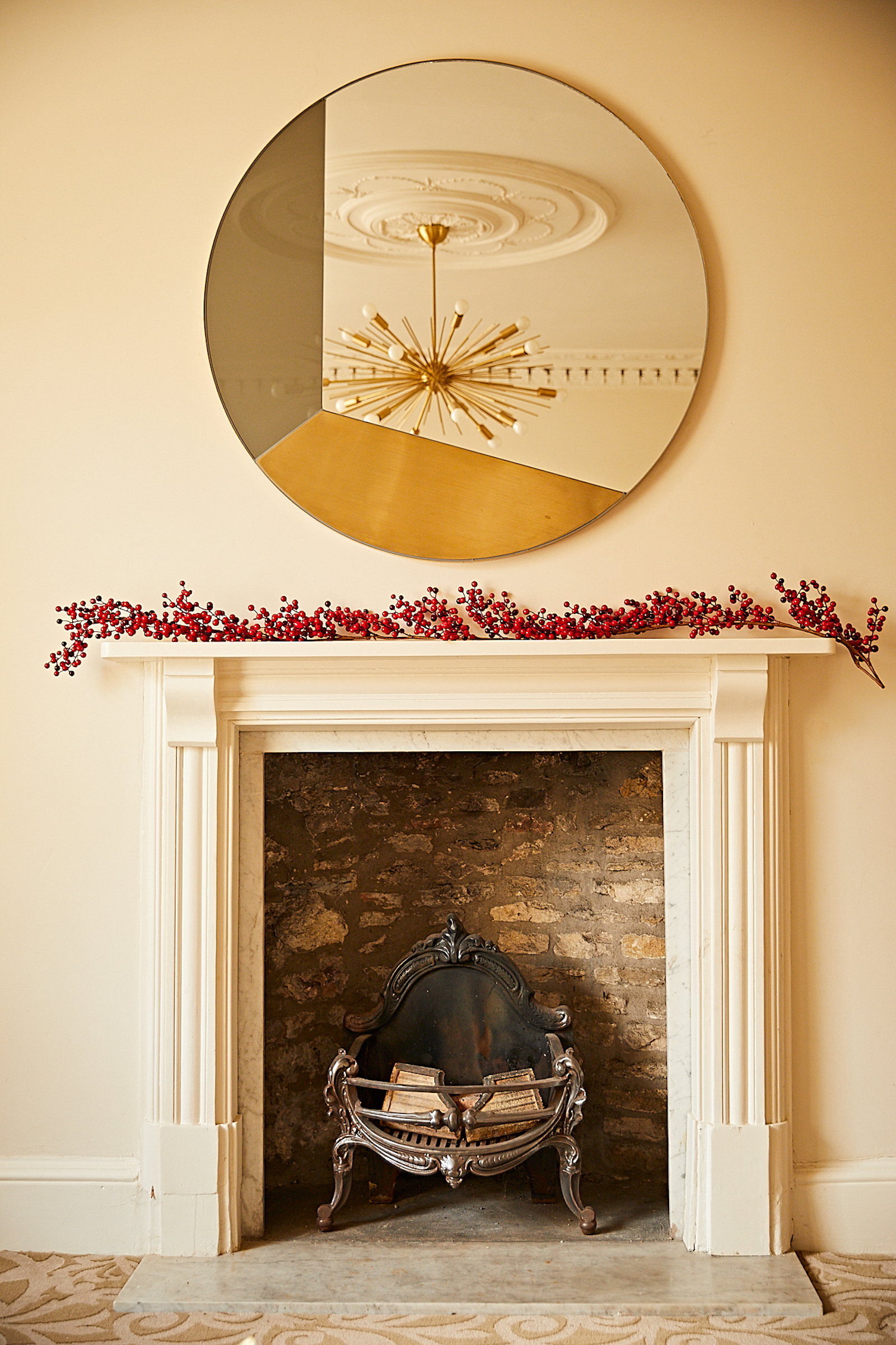 This berry number is my second favourite garland. I think that it just looks quite elegant and striking and chic. 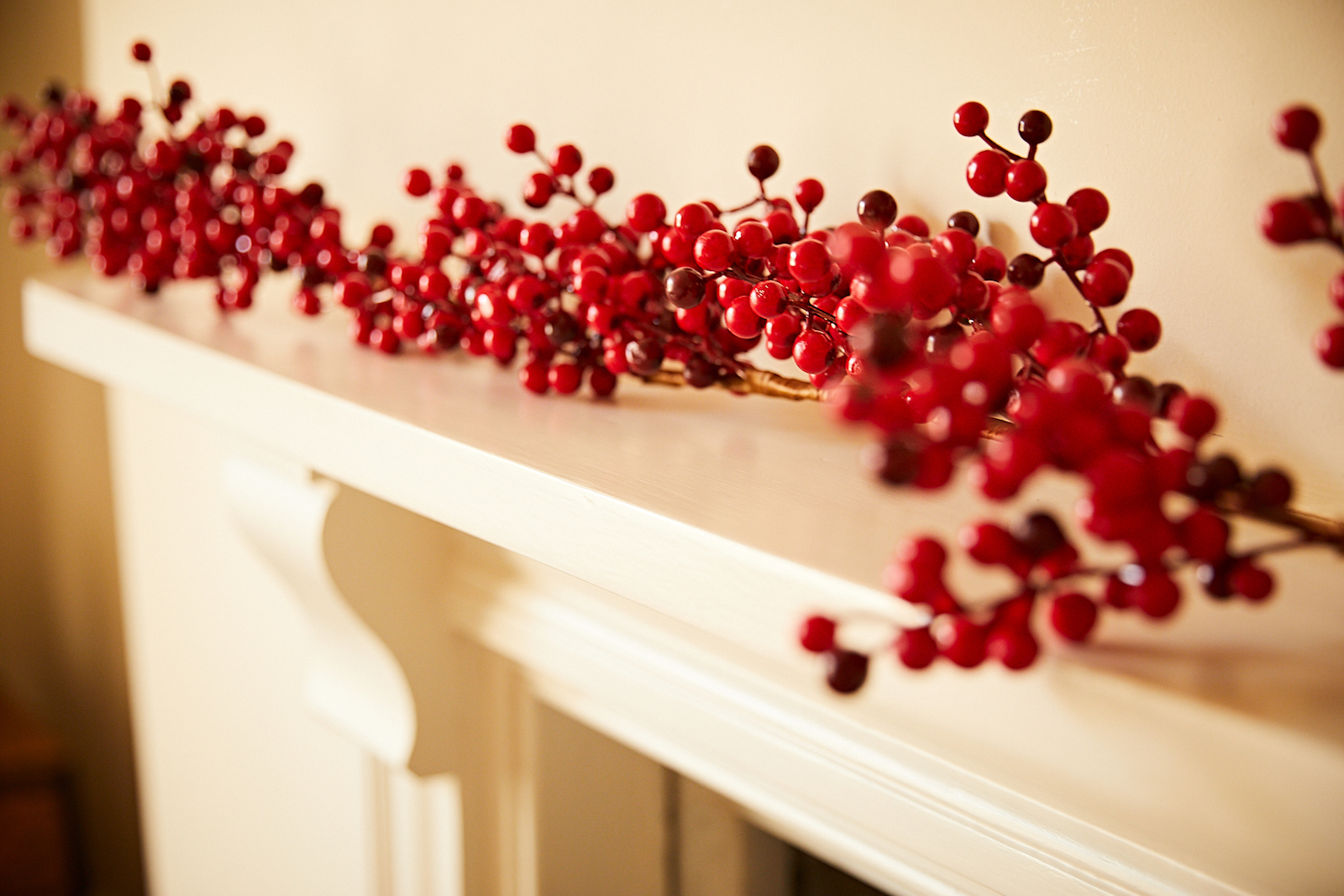 Sold out online, the one at Argos looks really very similar (and now that Argos are inside my local Sainsbury’s I do wonder whether it’s the same garland?) to the point where even the berries are in the same positions! 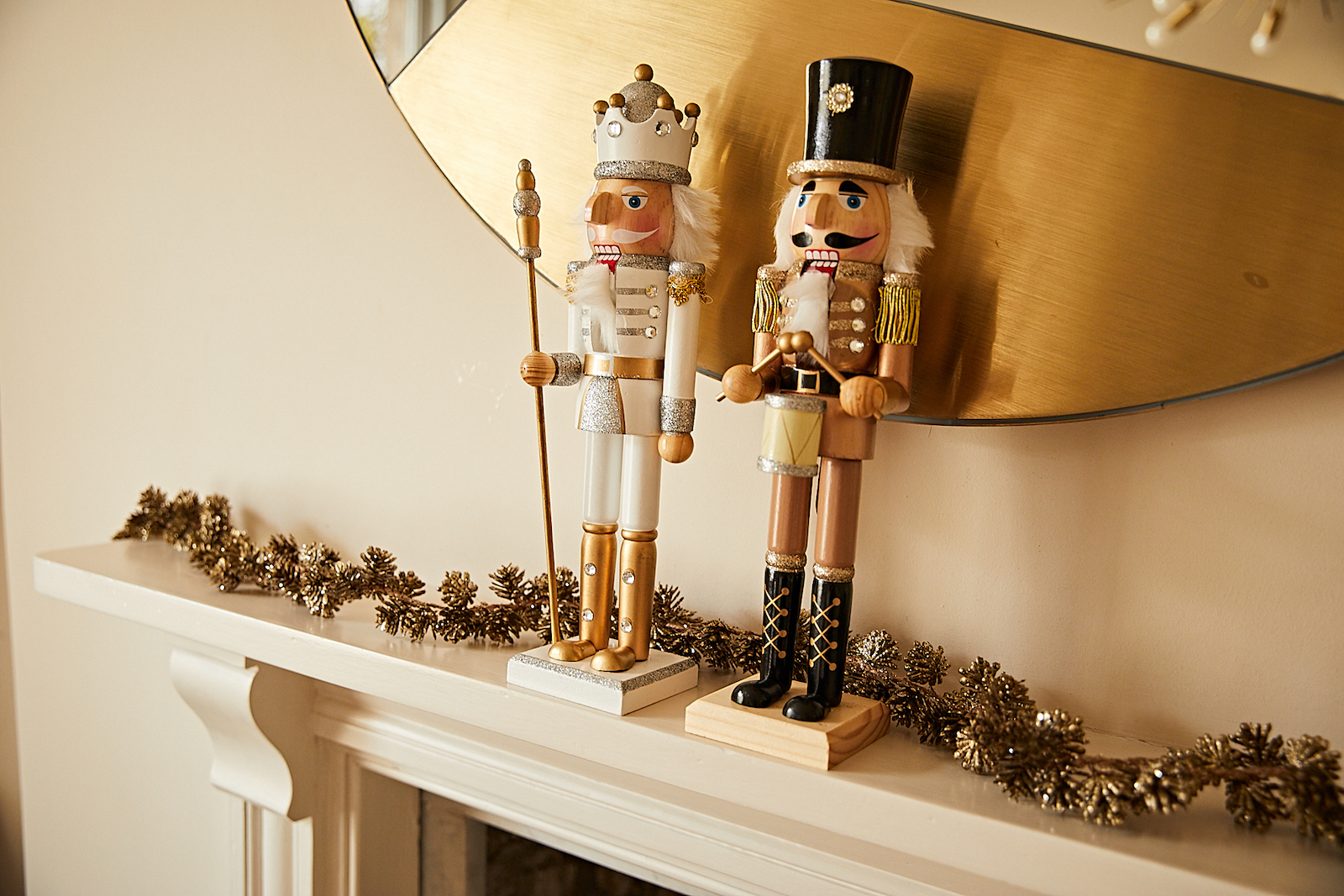 Another simple but rather elegant buy, this pinecone garland is lightweight and non-fussy but looks very cheerful draped along a shelf or mantelpiece. 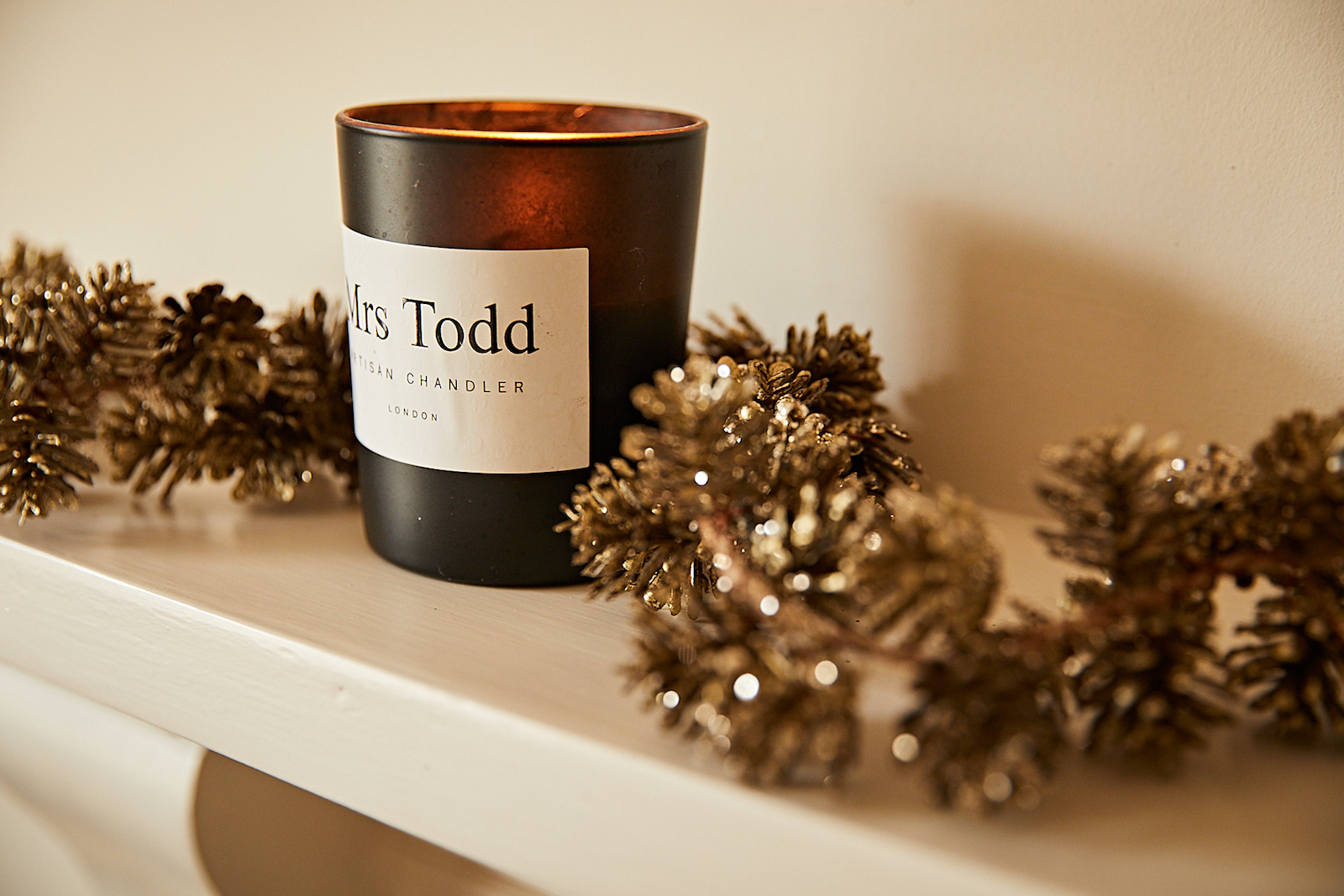 This would possibly be my pick if I needed to use a garland on the Christmas table, too – all of the others are a bit too cumbersome. This one would bend and snake around things nicely! I paid £18 for mine at Amara here*.

The gorgeous wooden nutcrackers are extra large ones and you can find them at M&S here* and instore. 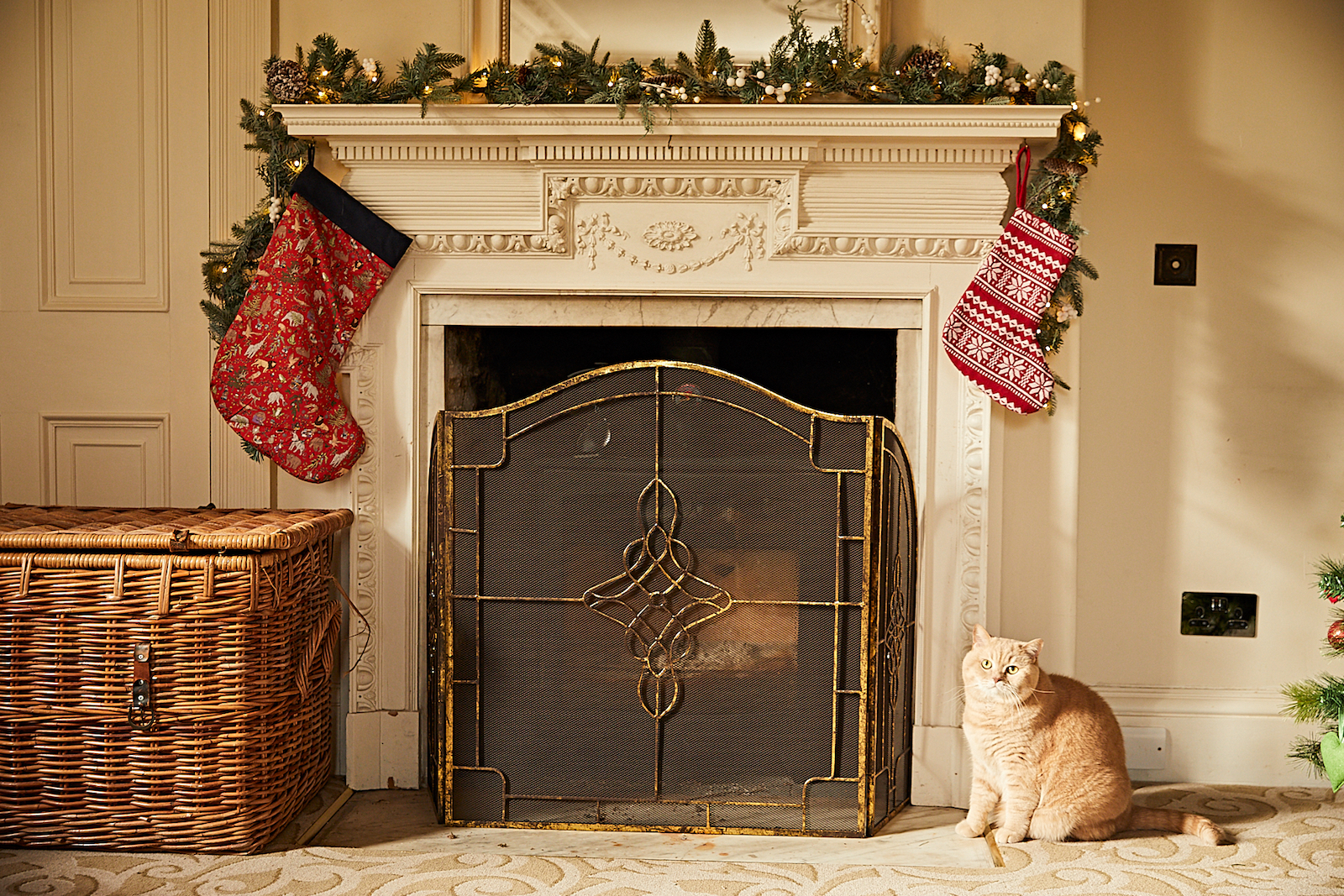 This frosted berry and faux-faux-foliage garland is also from Marks & Spencer, but you need to run to store to catch it. Again pre-lit, it’s slightly more muted because of the frosty effect and so would suit your interior decor if you prefer lighter, more neutral tones. 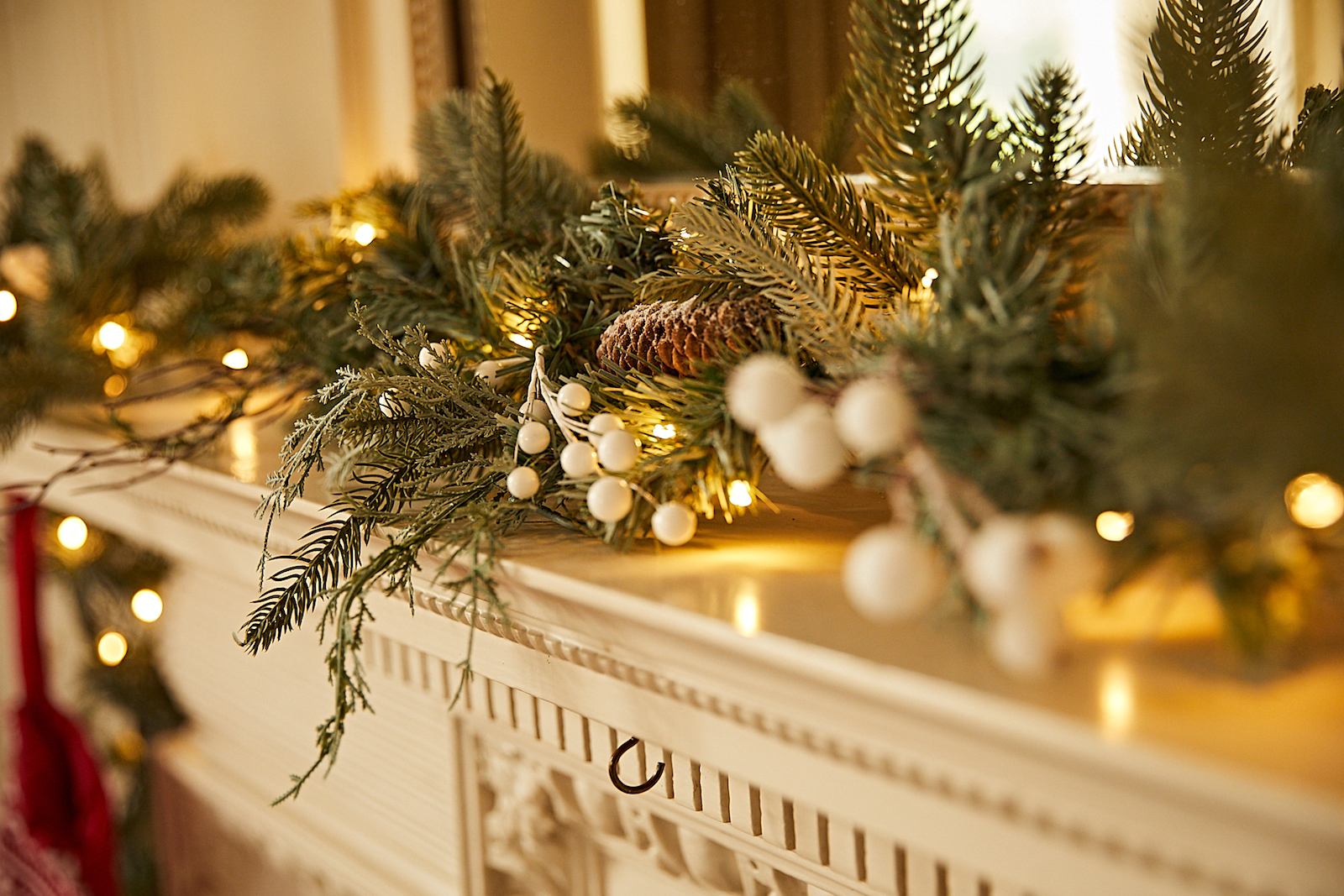 I quite like the sprigs of white berries and the snowy pine cones. This one isn’t so supersized as the other M&S garland – I think it’s about 180cm, which seems to be about standard… 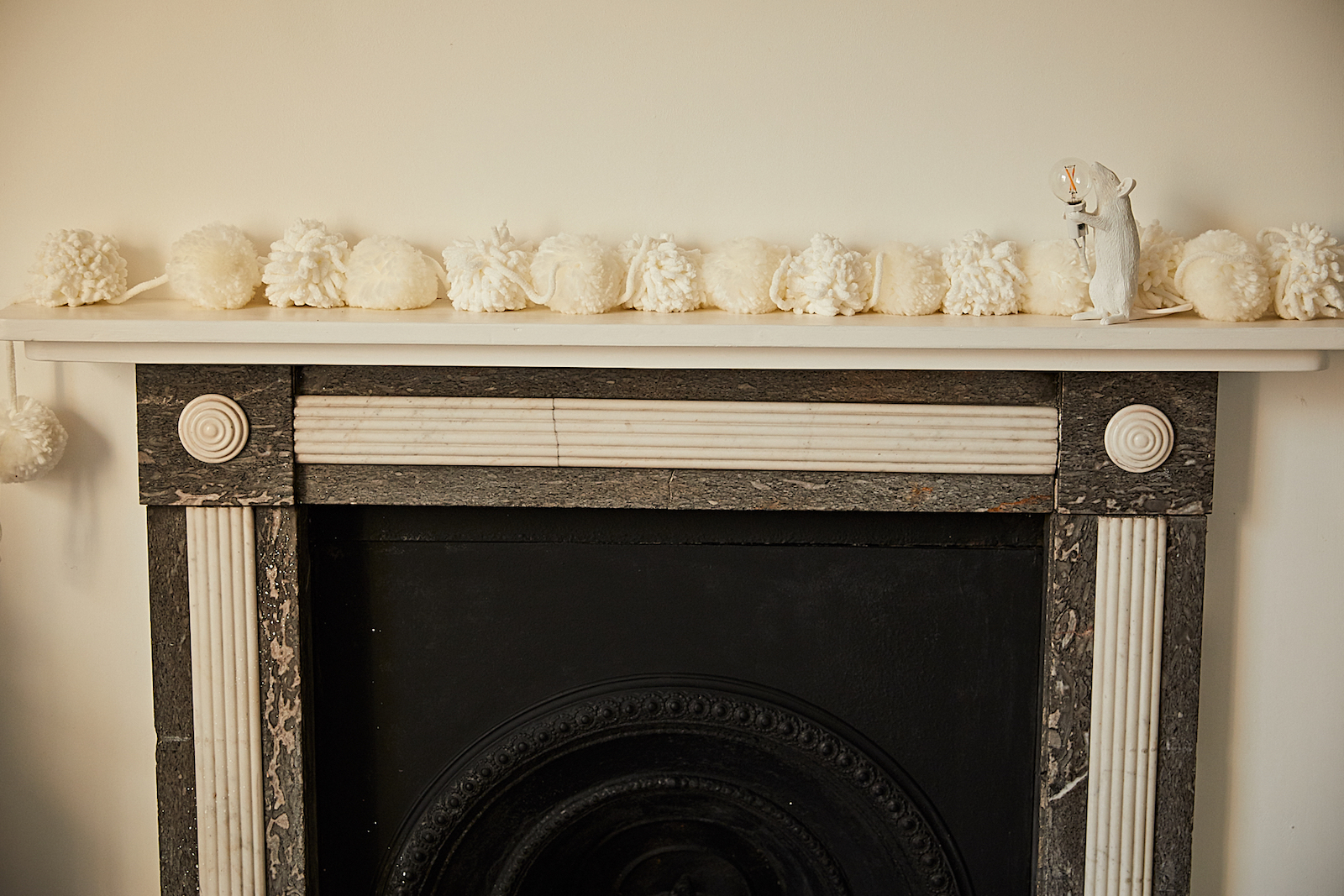 This fluffy garland is soft and cute and perfect for a kid’s room. Angelica was thrilled with this when she came home from school – she wasn’t expecting any decorations in her room (however minimal) so it was a bit of a bonus. Except that then Ted wanted decorations and so we had to cover his beams in tinsel and I nearly broke my neck standing on the footstool… 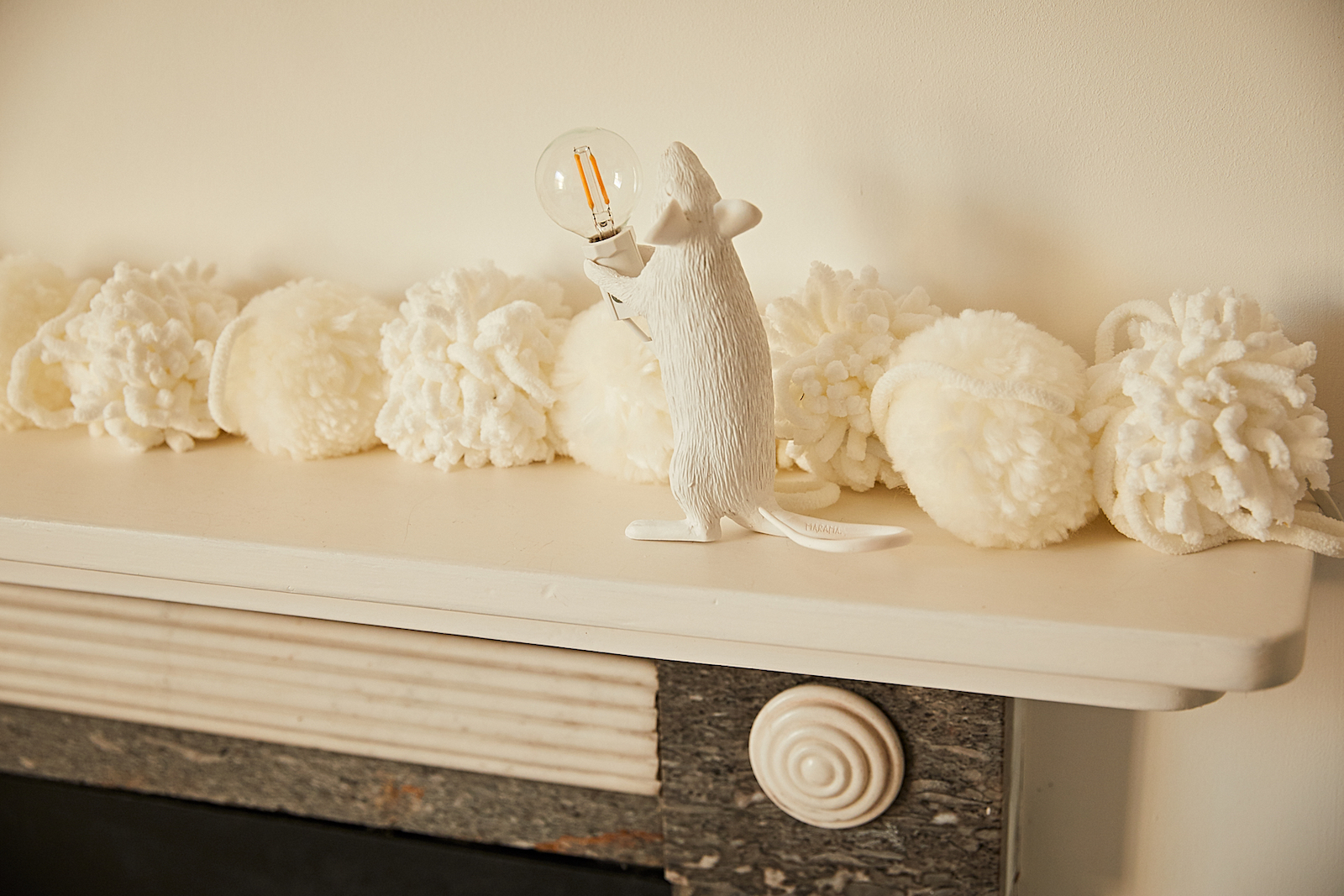 What have a started? Next year the decorations will have crept into the garden…in a few years it’ll be one of those mad houses that people queue up to see, with lights covering the whole exterior and a full-size Santa sticking out of the chimney. Order your tickets now….