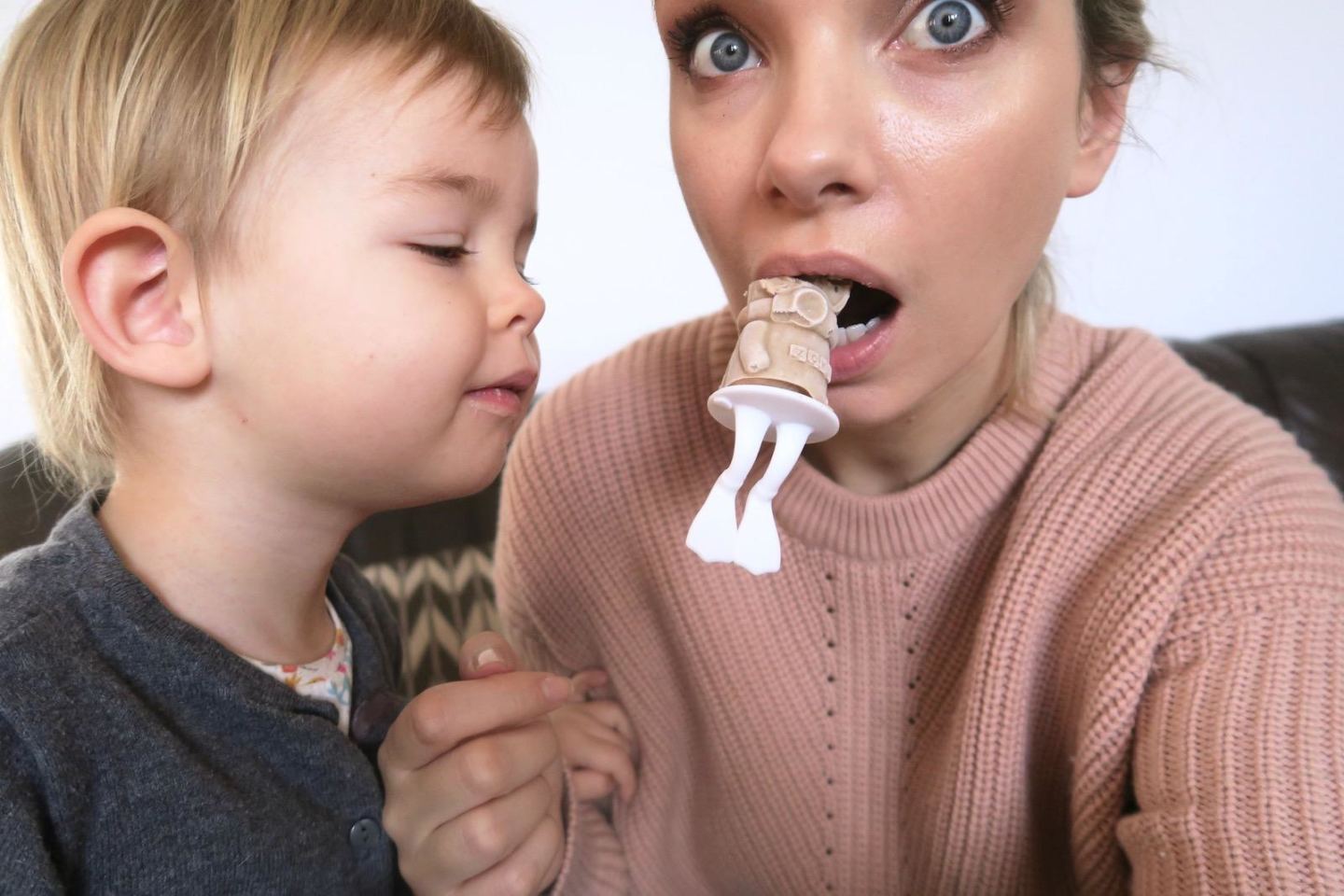 I know that it feels very unseasonal to be talking about ice lollies, but they’re the most-requested treat in our household (both me with my Mint Magnums and Angelica with her Mini Milks!) regardless of the temperature outside. Our appetite for “frozen things on sticks” knows no limits – our popsicle addiction is out of control. (OK my addiction is out of control. Angelica has a tiny ice lolly as a treat a few times a week – I’m not so worried about her.) 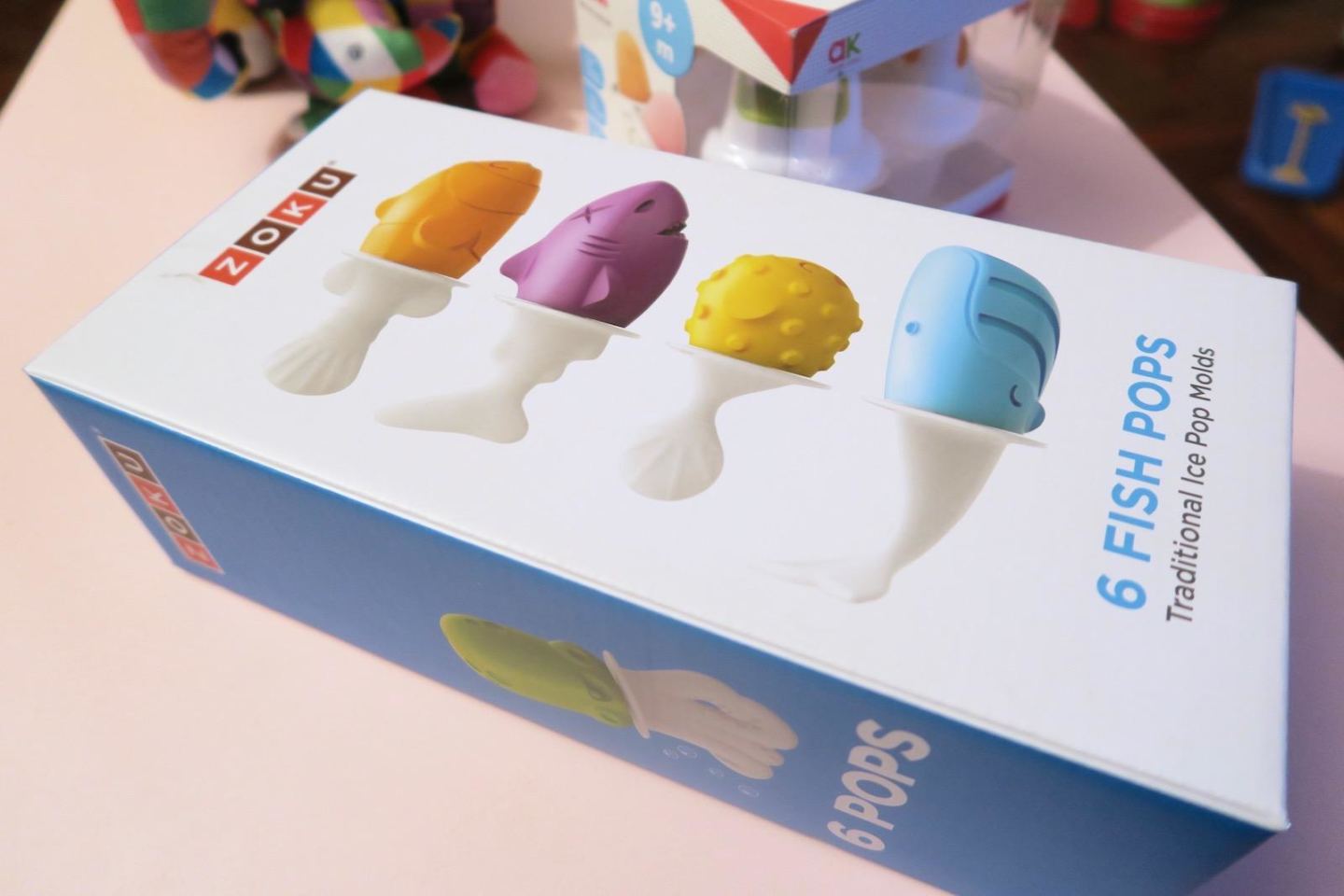 In an attempt to jazz up Angelica’s iced-delight offerings (and have some say over ingredients, more on that later) I bought a selection of lolly moulds. And blimey, these Zoku Fish Moulds* might just be my favourite thing of 2017. Over and above any other household item, clothing item or beauty item. (Slight exaggeration, but go with it.)

There’s something distinctly satisfying about moulds; pouring liquids in, waiting for them to set and then pulling out a perfectly formed object. I used to love those plaster of Paris moulds you used to get in the eighties to make kids’ ornaments – they came in a little kit with a rank-looking yellow rubber mould and a sachet of plaster and then some tiny pots of paint. I think I had a Miss Tiggywinkle one. 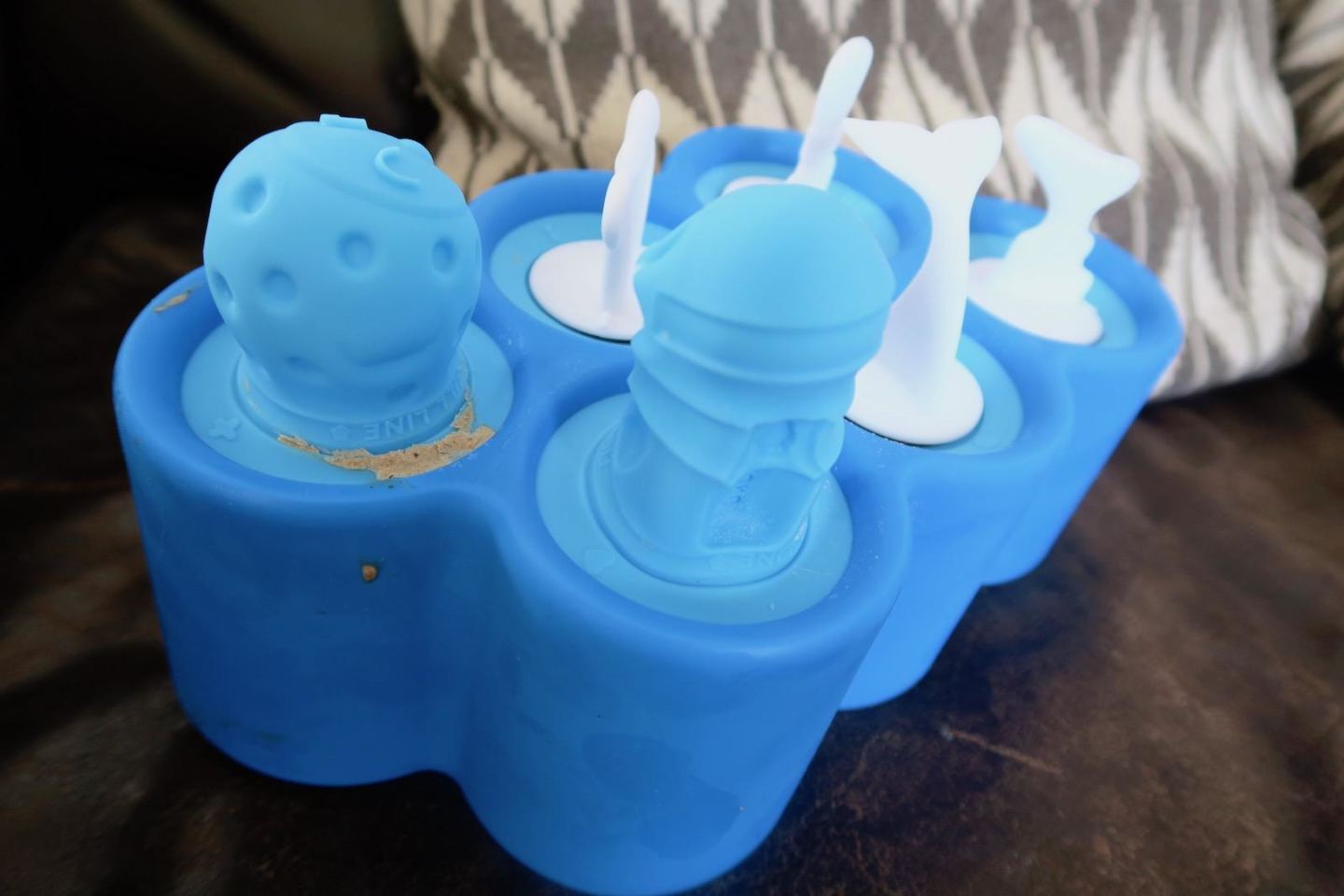 Anyway, most moulds are rubbish – or used to be – but these ice lolly moulds are so good, so satisfying, the feeling is almost sexual. In fact the whole process is a bit sexual – especially when you pull the lolly out and the rubbery bit pops out to form a rather phallic protrusion! But the detailing is so clever and the mould is easy to clean and – ugh – I just love everything about it. 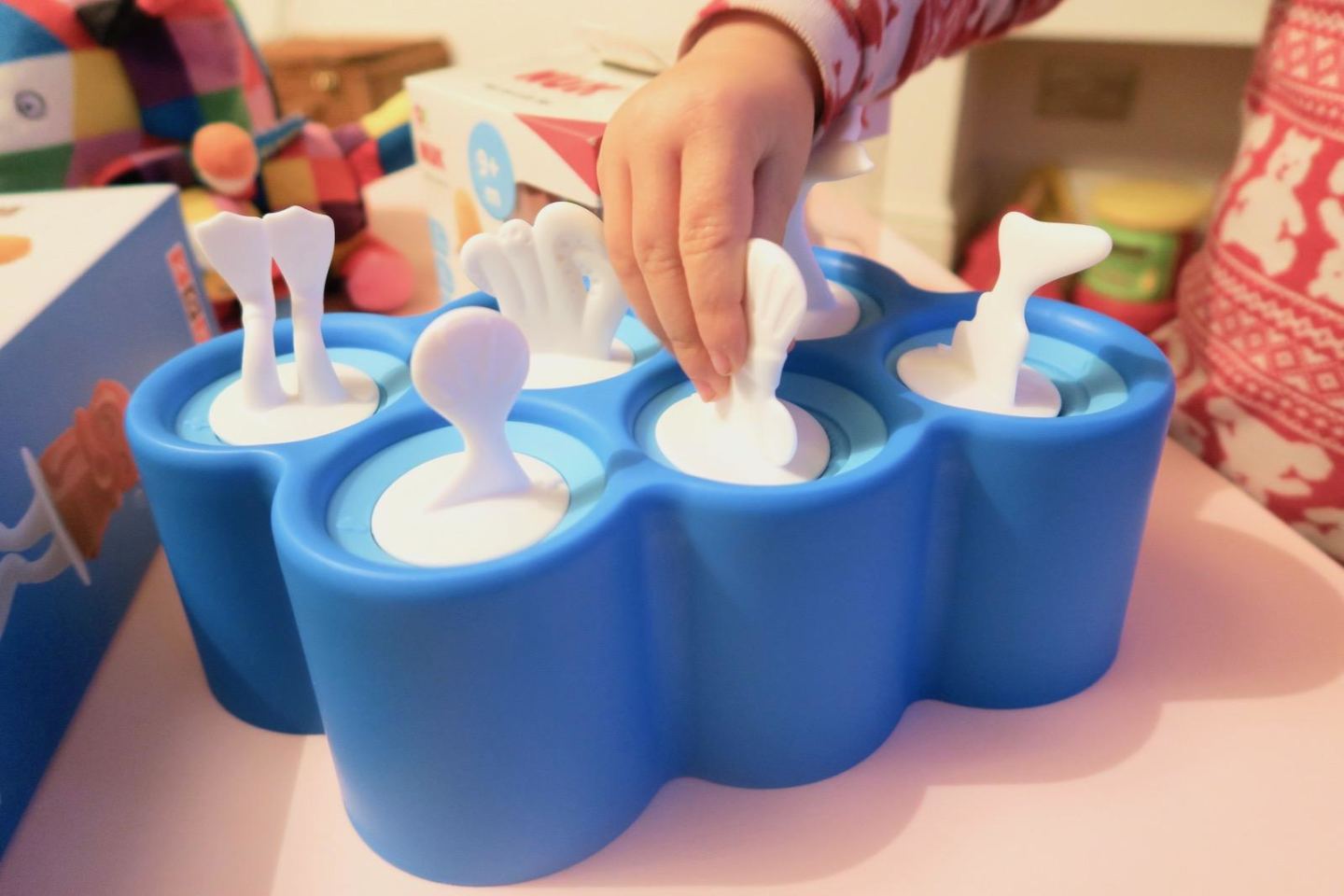 Sorry – I’ve jumped ahead of myself! It’s a fish mould! So each little ice lolly is a different sea creature – or, in one instance, a deep sea diver. The sticks are the various tails (or legs) of the creatures and so when you pull out the finished lolly you have an edible body and you hold onto the tail! 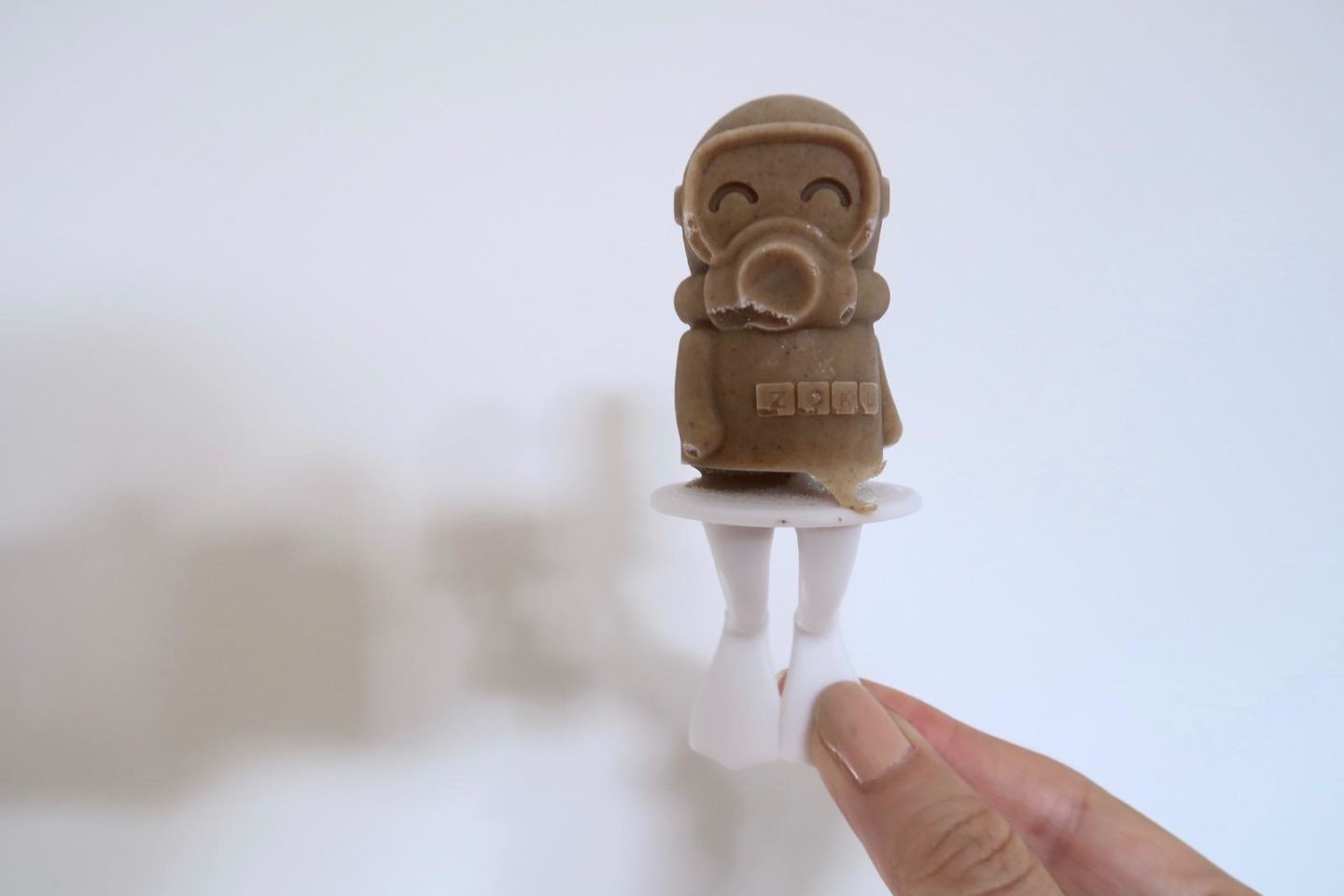 It’s so simple, but so clever. Ten out of ten, and I don’t say that very often. I’ve been amused no end by these and now I’ve seen that they do other characters and things – dinosaurs, for example. So much fun for little children. And adults, evidently… 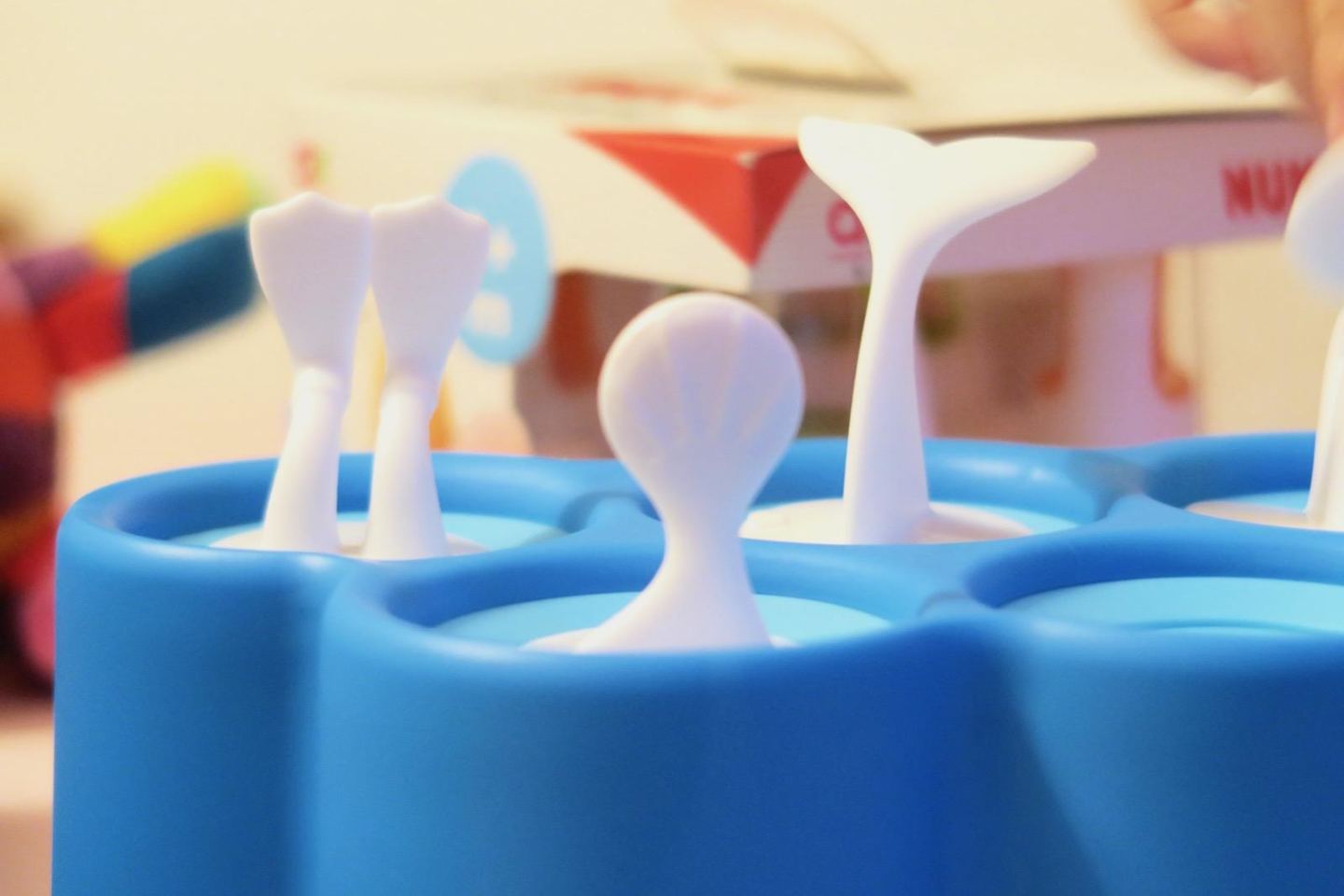 I use a mixture of natural yoghurt and fruit puree (I just squeeze a pouch of Ella’s Kitchen mango puree or whatever into a bowl of Total yoghurt) so that it’s as healthy as possible, with no artificial colourings or flavourings. It just means that the ice lolly is a direct substitute for a after-dinner yoghurt. Seems like much more of a special treat than it actually is. Oh, the trickery!

You can find the Zoku ice lolly moulds on Amazon here* – these ones are £19.99, but Zoku have a whole range of different ones here*. Worth every penny.