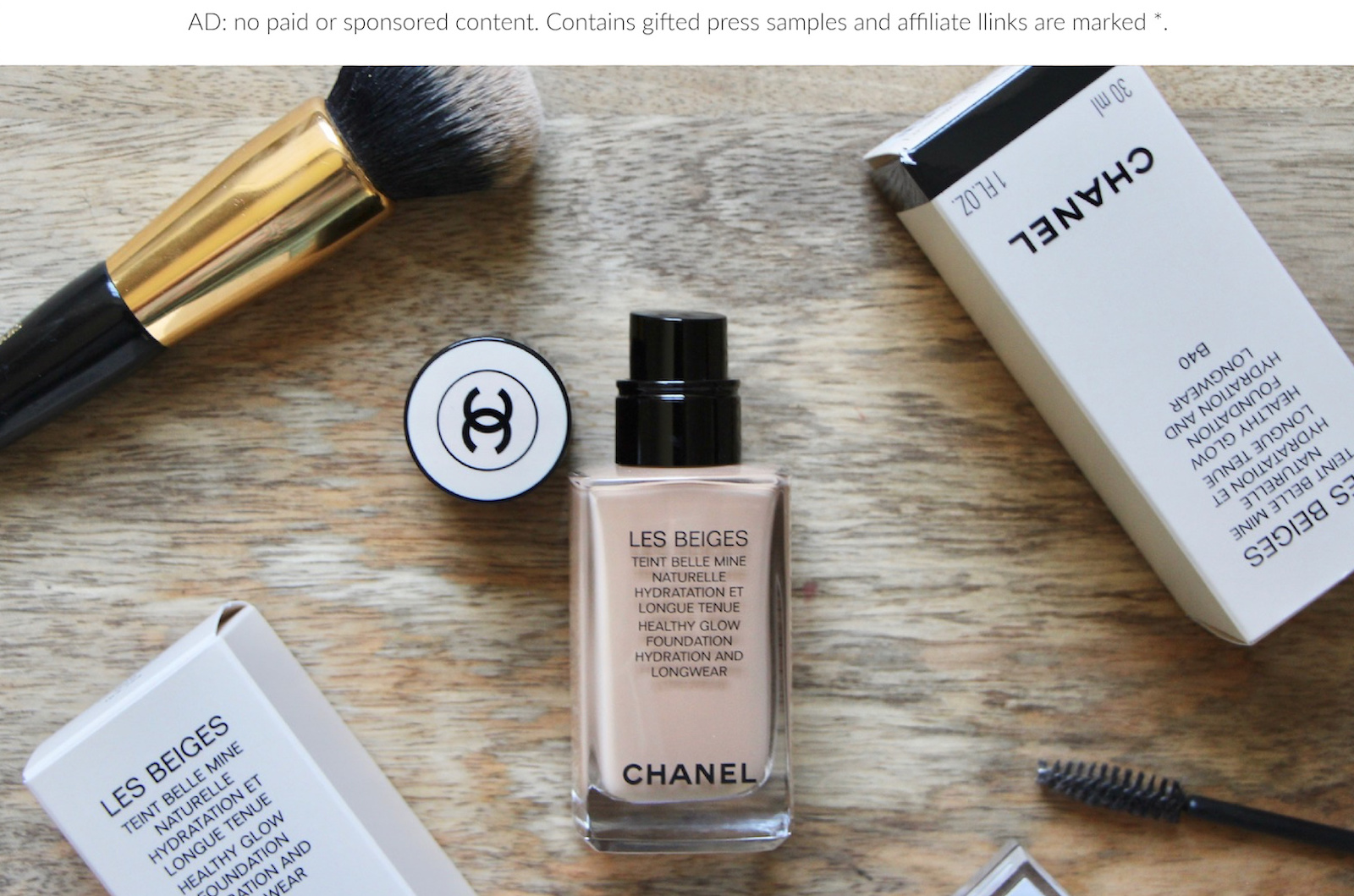 I think that Chanel’s new Les Beiges Healthy Glow Makeup is an absolute triumph of a foundation relaunch. It’s so tweaked that it’s barely the same product. I didn’t ever properly review the original Healthy Glow foundation because – to get straight to the point – I wasn’t that keen on it. I had my favourite Chanel foundation already (Perfection Lumiere Velvet, now discontinued) and the Healthy Glow, for me, didn’t bring much extra to the party. Perfection Lumiere Velvet gave the most refined, flawless finish with the lightest of touches and subtlest of glows  (God only knows why you’d stop making such an absolute gem of a base) and Les Beiges gave sort of the same coverage and semi-matte finish but didn’t seem to so seamlessly disappear. 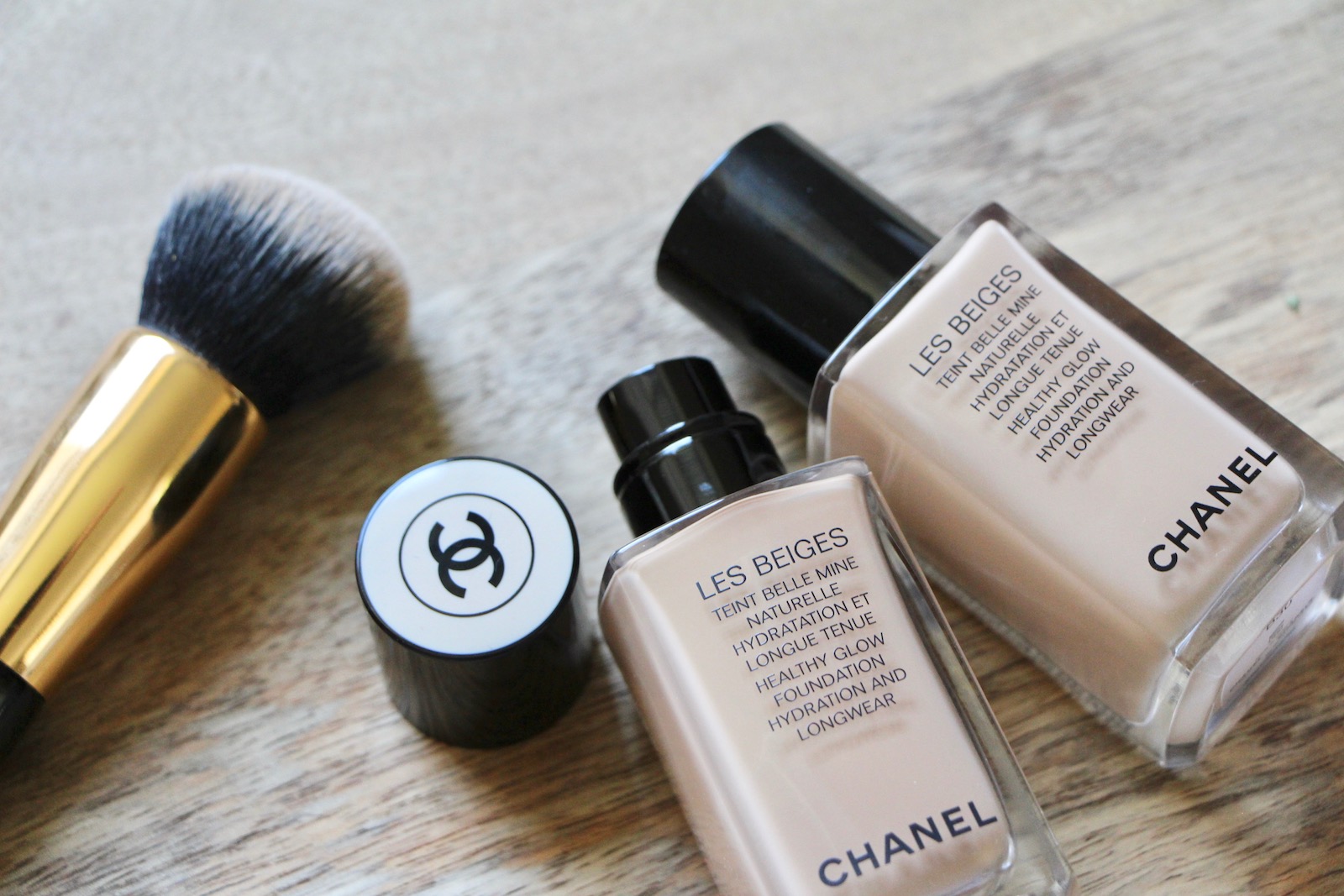 But here it is, relaunched and with twice as many shades available; it’s fresh-feeling where the original sometimes felt slightly claggy, the coverage is more sheer, more buildable and more elegant – no opaque masks here! – and the makeup feels as though it’s part of the skin rather than sitting on top in a layer.

The new version is way more hydrating too – it’s not quite on a par with Pat McGrath’s or Lauder’s Futurist, but it’s on its way. Layered over a good juicy moisturiser it looks and feels dewier and more alive than the original, but with good longevity and very little in the way of slippage in oilier zones it offers the best of both worlds: the real-skin benefits of a tinted moisturiser, the finish and coverage of a semi-velvety foundation.

Let’s take a look at the before and after photos… 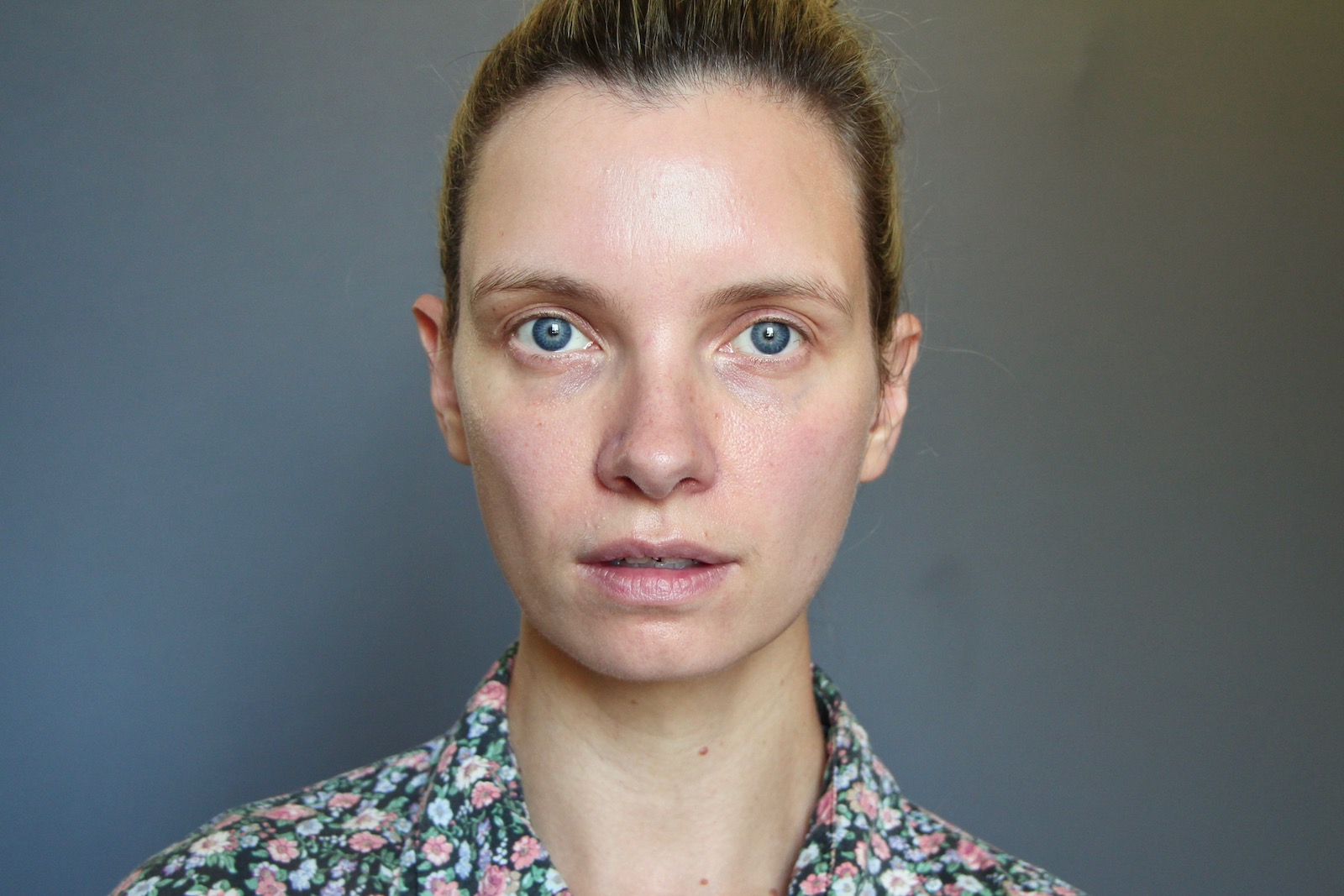 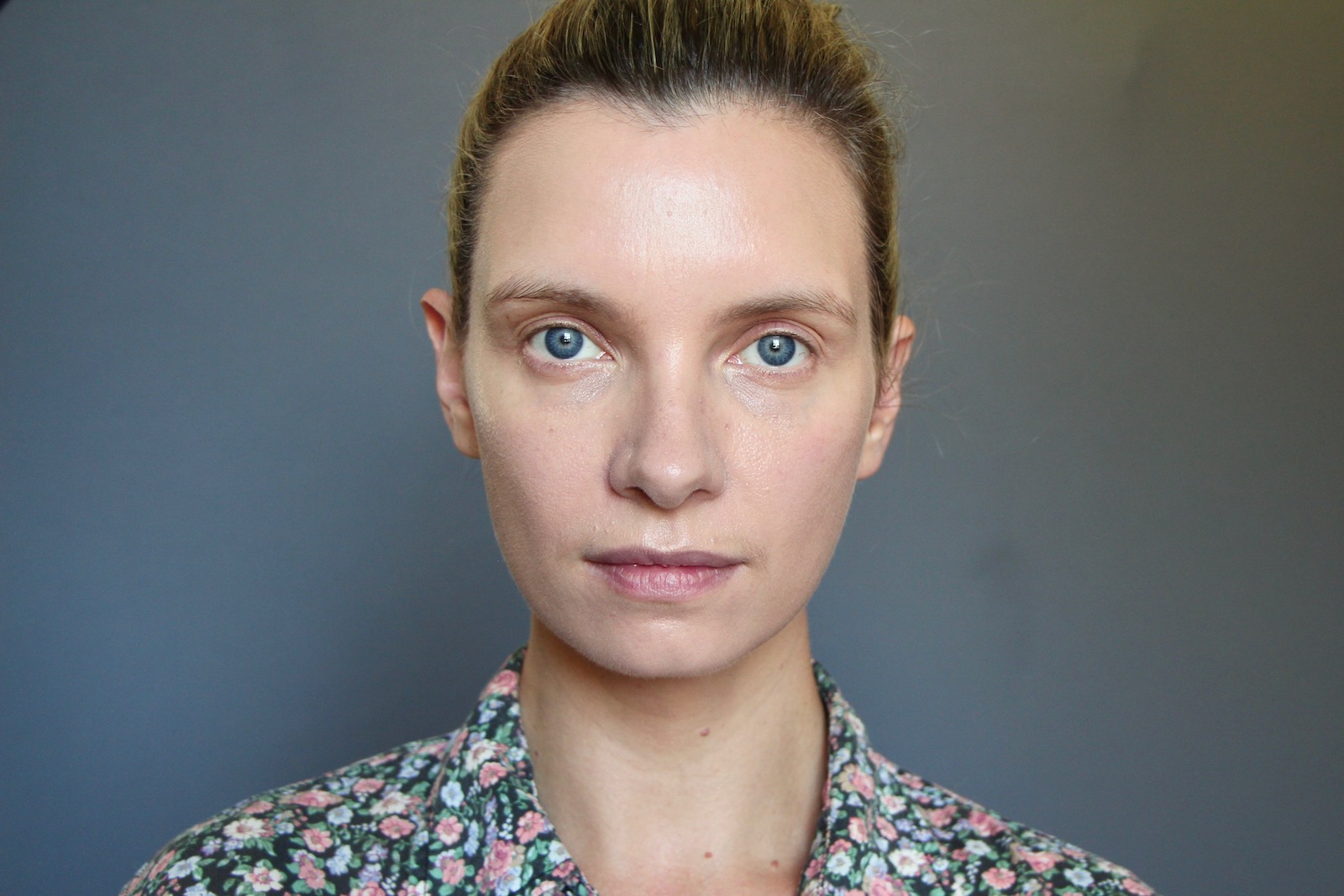 This is just one very light coat of the Healthy Glow Makeup, applied with a flat-top kabuki-style foundation brush, but you can see how effortlessly it perfects the skin whilst leaving a believable, healthy sheen. This version of Les Beiges Healthy Glow really lives up to its name – there’s glow but it is very much on the natural end of the spectrum. No strobing effects here! Coverage is on the lighter side of medium but you can easily build up where you need more base and it never looks heavy or caked.

Here are the close-ups – you can see how fine and chic the finish is and that it doesn’t obliterate every imperfection but leaves a gorgeous, flexible sort of veil that evens out the skintone and adds a hint of glow: 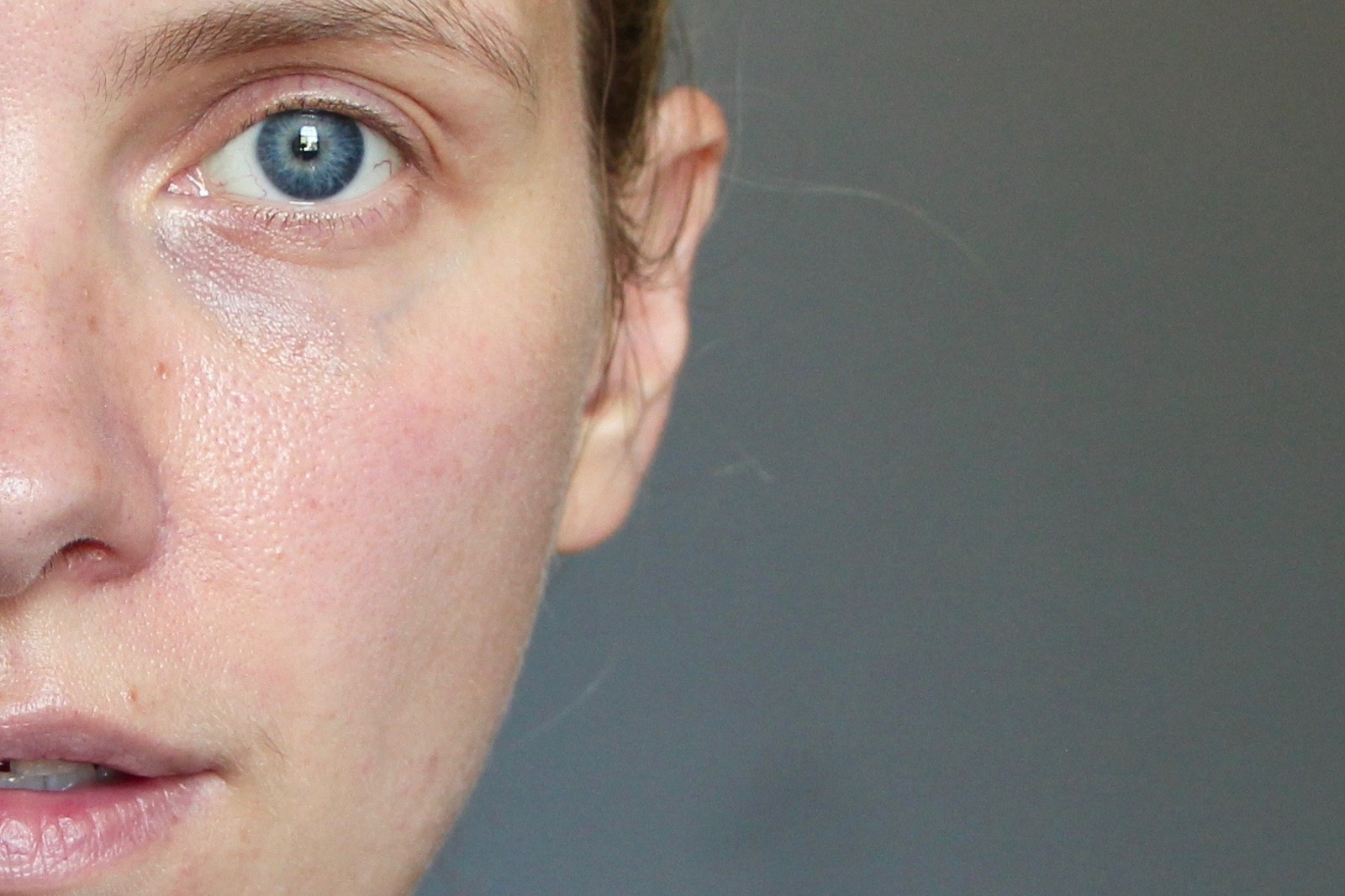 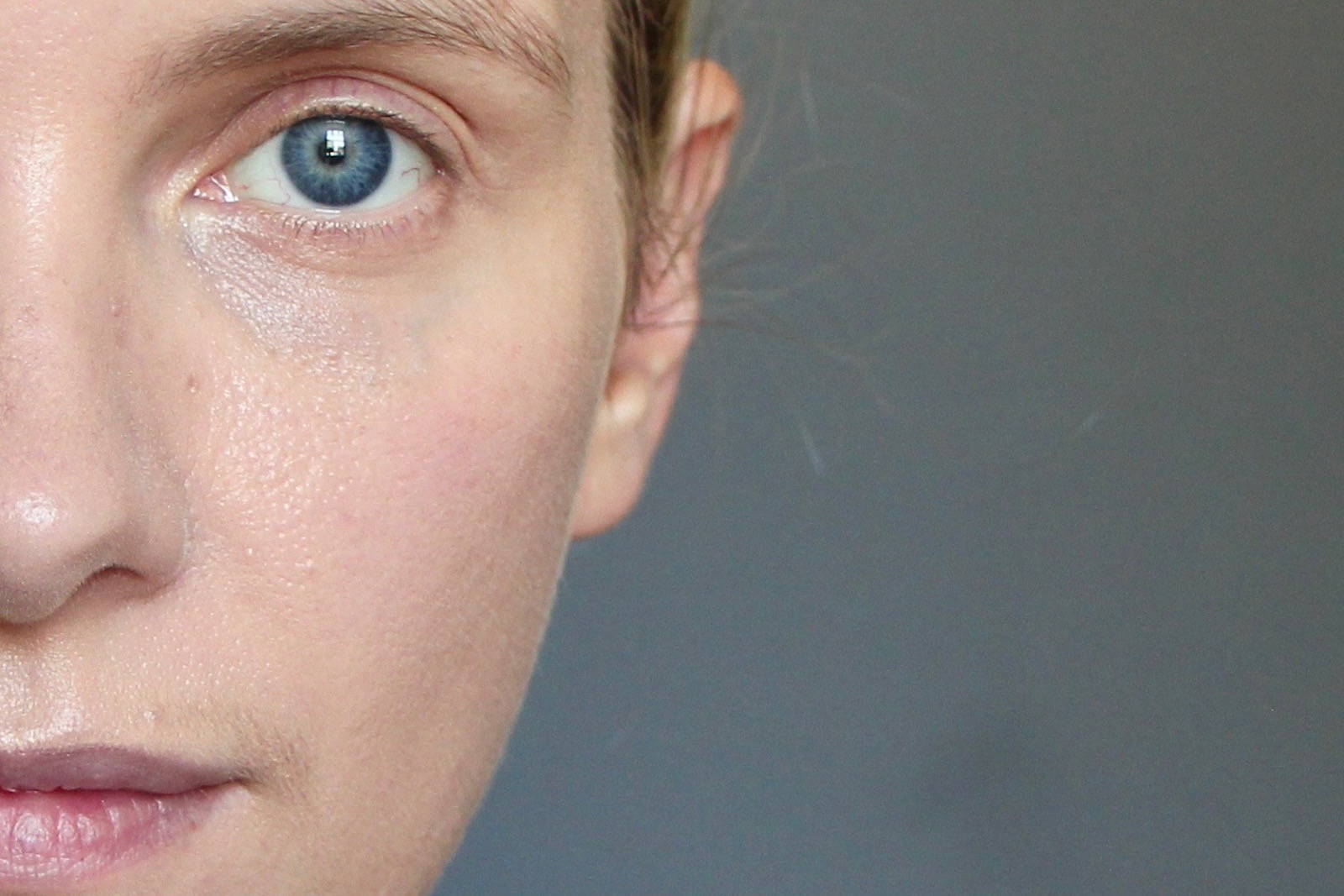 I usually find it really hard to get into my foundation reviews – I dither about this and that and spend weeks trying it out in every sort of condition, with heavy face creams beneath or with powders on top – but I have to say that this review has been easy. Les Beiges was such a spectacularly pleasant surprise even on the first application – it’s nothing like Perfection Lumiere Velvet, my old favourite, but it definitely offers up a solid replacement.

On a practical note, the new version of Les Beiges Healthy Glow doesn’t contain an SPF. I actually prefer this because I tend to wear a dedicated SPF anyway and apply foundation on top. Many like to use the sunscreen in their makeup product as a sort of light protection against incidental sun exposure, but I’m usually either all in or all out and I quite like to tick off my SPF requirement as I do my skincare routine.

Either way, it’s easy enough to add the sunscreen step before foundation if you need to, but I think that the formula feels lighter and more elegant without it built in.

So to recap: the changes in this new formula are many and varied. No SPF, much more hydrating, a lighter feel and a sheerer finish, more of a dewy glow. Over twice as many shades and slightly different packaging. 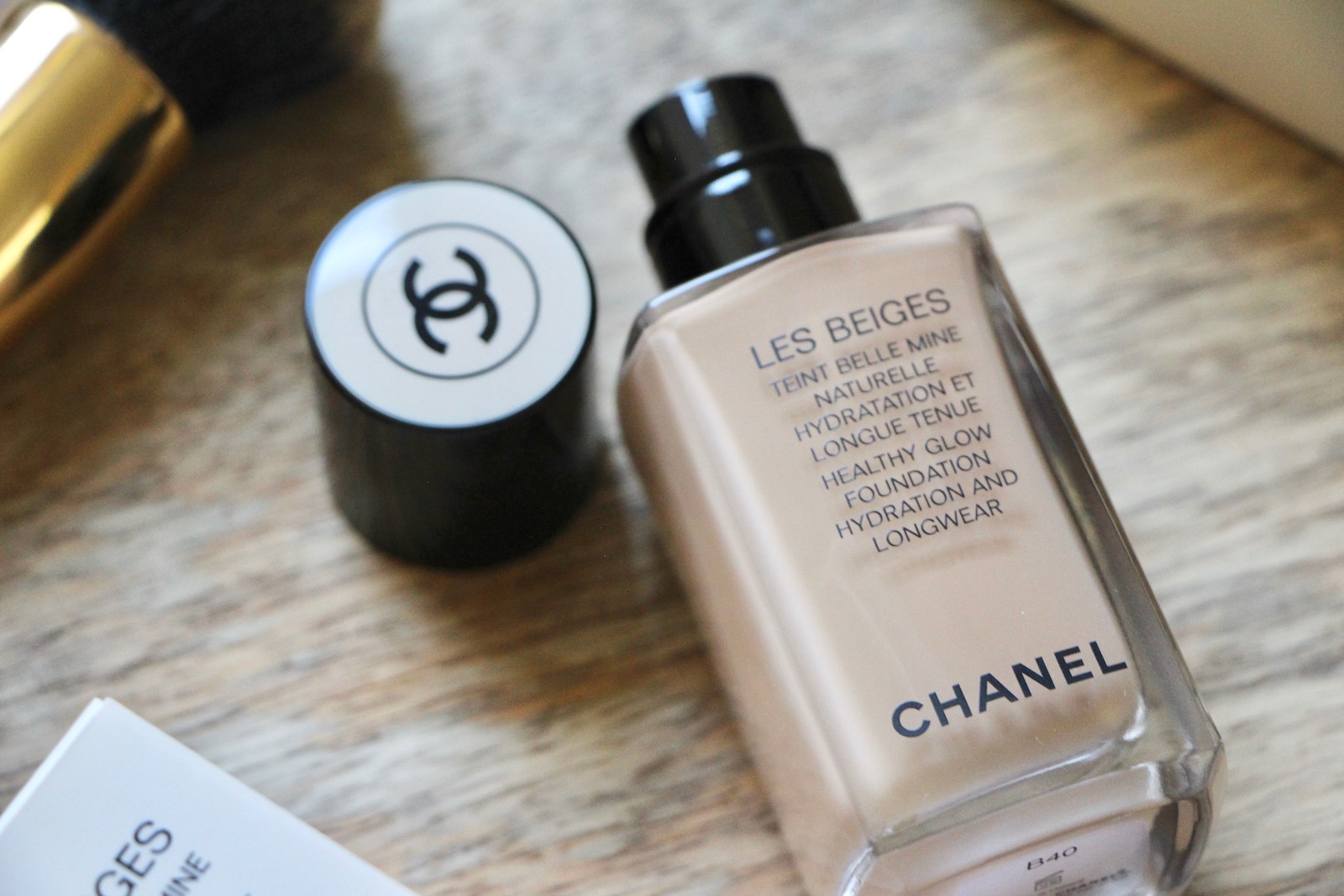 Who will love this? I honestly think that it will suit most skin types, including those on the oily side so long as they use a primer in the places they tend to have trouble with. It’s not a greasy finish by any stretch of the imagination but the formula is really hydrating so drier skin will love it – those who want a discrete, grown-up foundation that looks barely there but is actually working quite hard behind the scenes will also rate this.

I’m wearing shade B30 but will need to step back to B20 in the winter months as my lockdown tan dissipates and I apply using a brush. I usually wear a hydrating serum and moisturiser combo beneath this base – I find that too rich a cream makes most foundations just a little bit slidey – and I never need to set it with powder.

You can find the new Chanel Les Beiges Healthy Glow foundation at Chanel here* – it’s £41. Don’t confuse it with the old version, one that most stockists still seem to be selling! If it says SPF25 on the bottle or in the title then that’s not the guy you want…