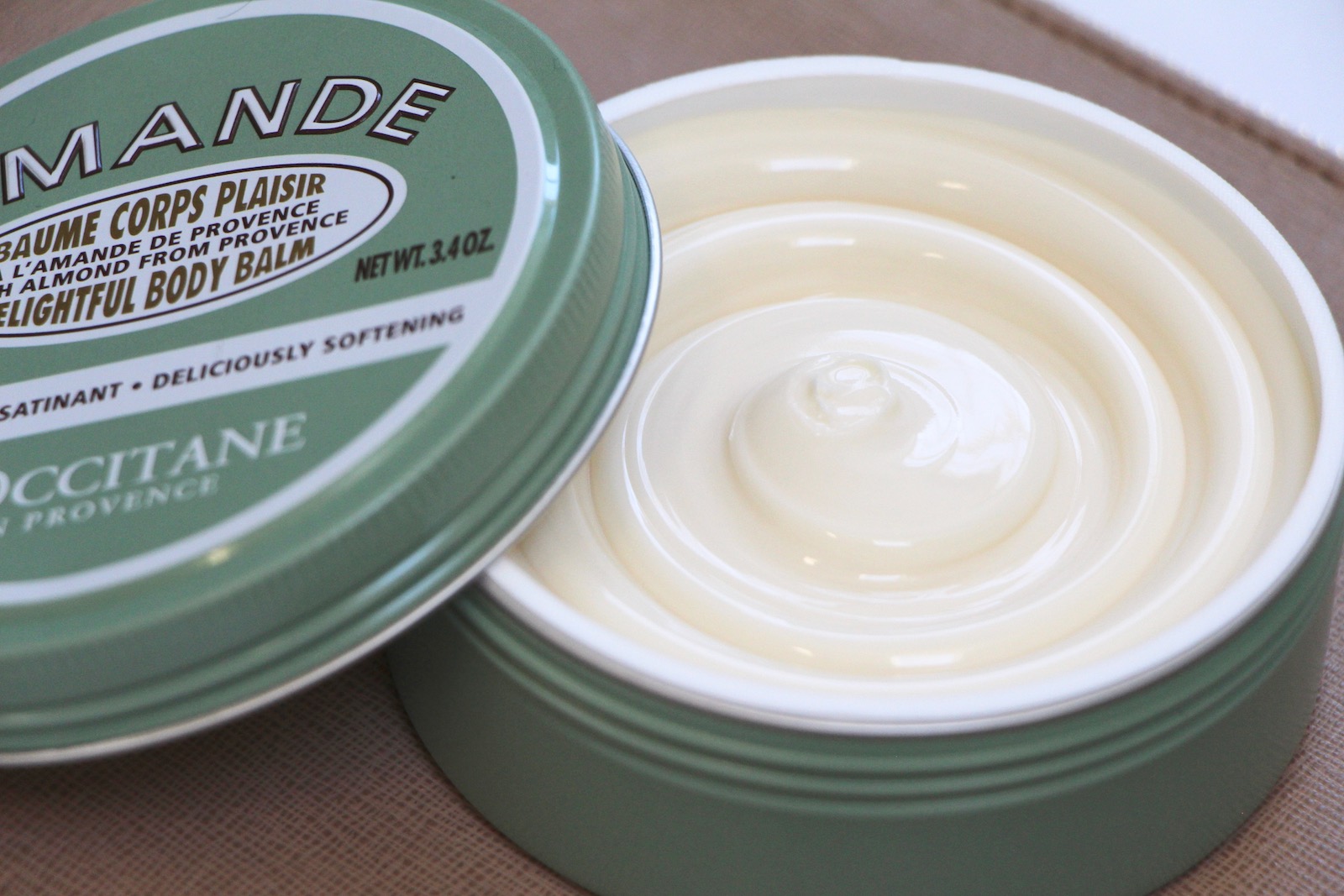 Oh hallelujah! (I managed to spell hallelujah correctly the first time then, by the way, which is something of a miracle. Some words are just meant to be Googled – diarrhoea is one of them – and some words are destined to remain unspellable for your entire lifetime. Actually, diarrhoea is one of those too. Which sadist git decided on the spelling for that one? Ditto “manoeuvre”. Almost impossible to spell correctly the first time – too many vowels in one go. I mean, play fair.)

Oh hallelujah! I love it when someone improves on one of my favourite beauty products. (By someone, I don’t just mean a random person off the street, obviously – imagine if Brian from Hove took Vita Liberata’s Body Blur, spent a year tinkering with it in his garden shed and then launched a new and improved (impossible, but bear with me) version, called Barry’s Body Blur? It would be ridiculous. I am, when I say “someone”, referring to the brand that makes the product improving on that very same product.)

Have their ever been so many digressions from the subject in hand in so little time? I feel as though I should just give up on this post and write about the mating habits of white-throated guenons. At least there would be a point. But let’s soldier on, shall we? 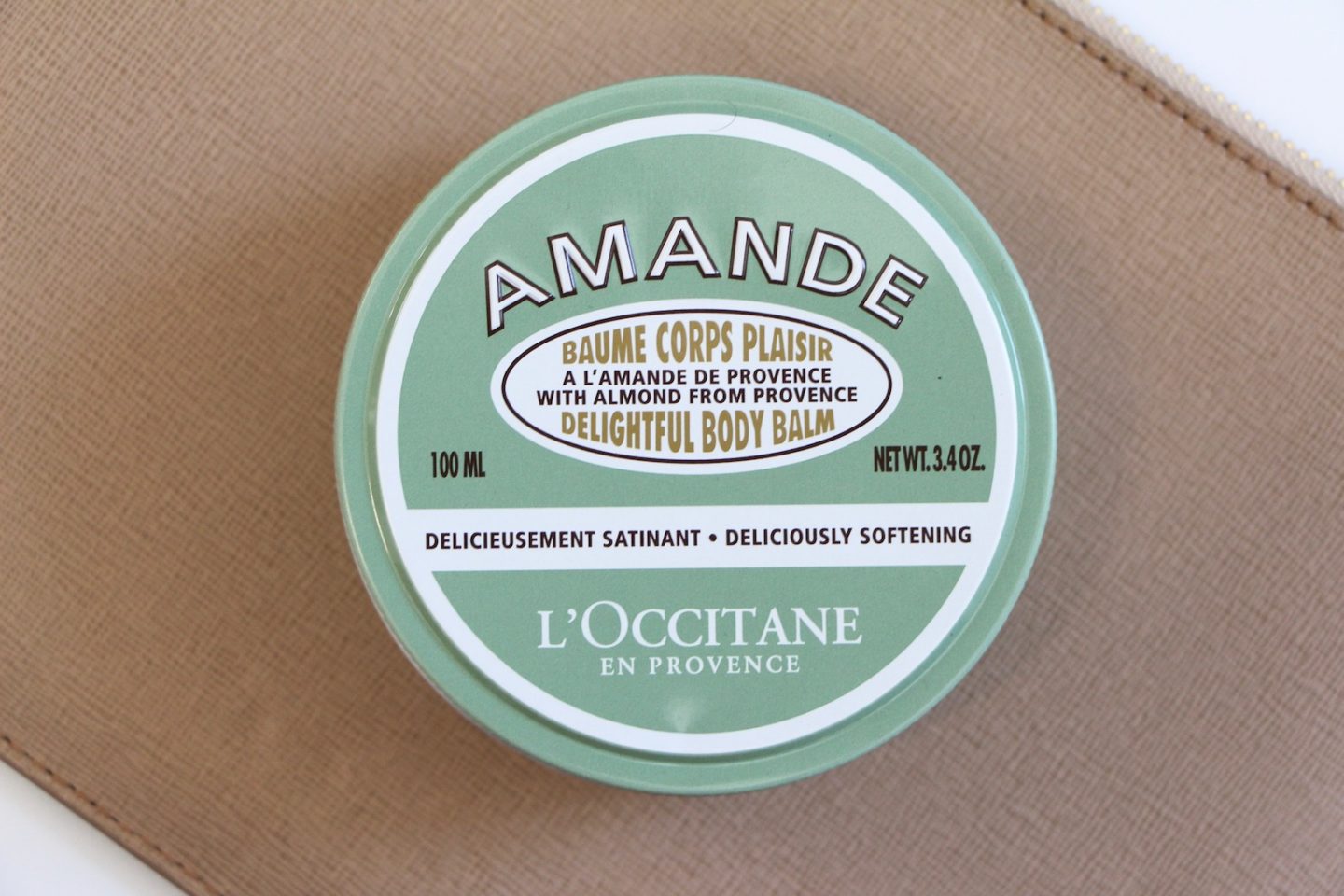 I was supposed to be praising the new Delightful Body Balm* from l’Occitane’s Almond range which is, without a shadow of a doubt – so don’t try to argue with me – the best range they do. (Although I love so much from l’Occitane that it feels weird saying that.) Everything about the Almond range, which sounds even better in French – Amande – is delicious. The packaging and labelling with its retro typography on a background of Farrow & Ball (esque) green; the sumptuous array of skin-nourishing textures (shower oils, body pastes, velvet hand creams); the warm, comforting, addictive smell of  sweet almonds… 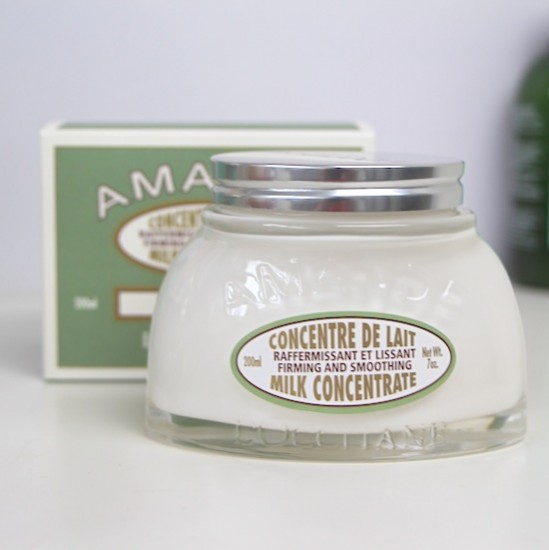 The Almond Milk Concentrate* from l’Occitane is one of my all-time favourite body products. Few things have overtaken it in my affections – it’s rich, gorgeously scented, easy to apply and leaves my skin almost absurdly made-over. Softer, firmer and altogether more presentable. It also happens to come in a brilliant jar that weighs the same as a Smart car and doubles up as a door stop, burglar-thumper and airship ballast. I adore it.

But it’s not that great for travelling with. In fact, that’s the understatement of the century: if you tried to check this in on a plane, you’d only have enough luggage allowance left for two pairs of pants, some strappy stilettos and a feather boa. Which, thinking about it, might not be the worst that could happen, depending on your life-stage, but for me it’s disastrous. I need at least eight pairs of trousers to accommodate my always-fluctuating girth and three shoe options for each hour of the day, to ensure that I need never hobble more than ten metres in shoes that aren’t flat. 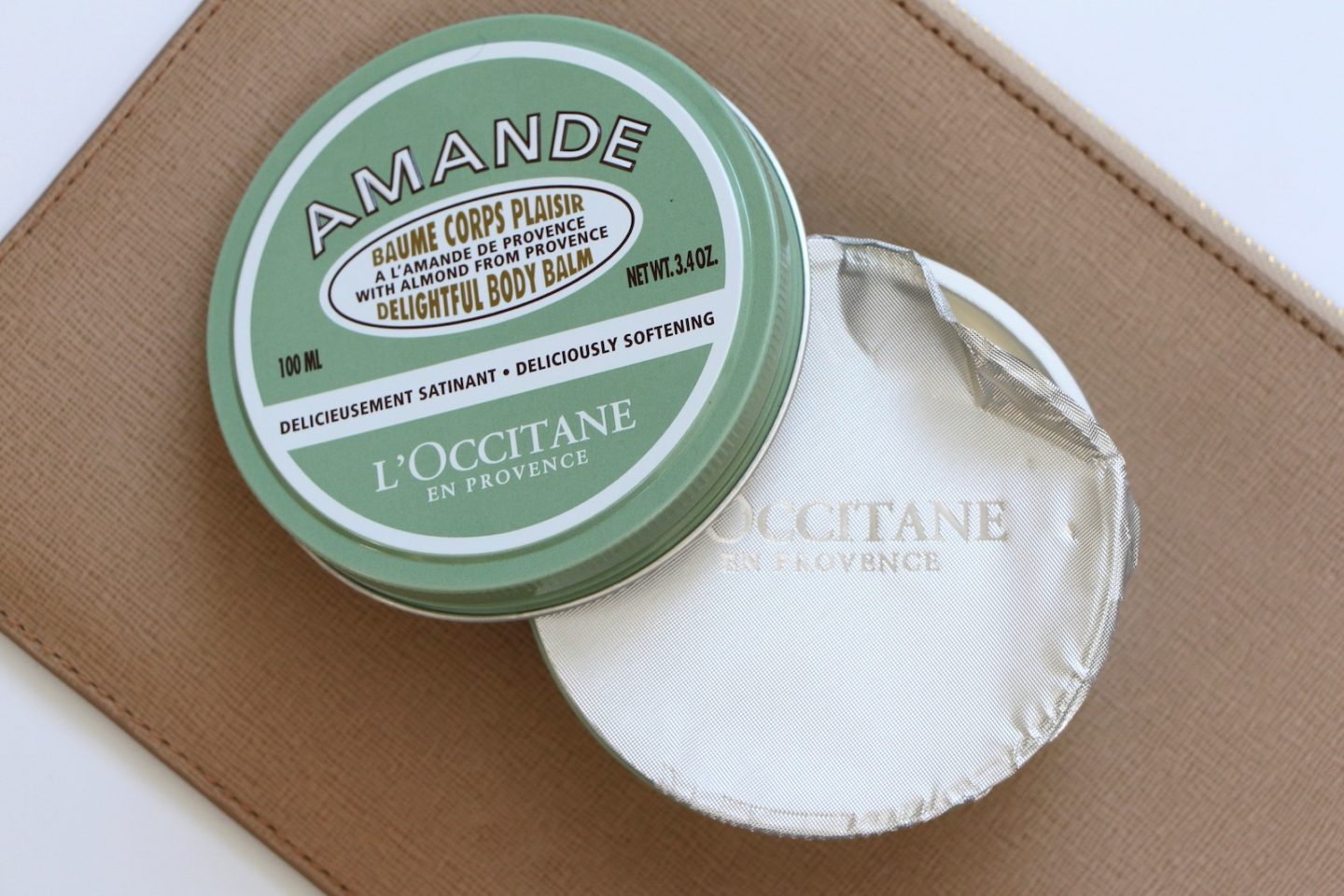 So obviously I’m overjoyed – to cut the world’s longest story short – that l’Occitane have introduced another product to their Almond range that solves my packaging problem. It’s a body cream but in a tin! God I love a tin. Virtually indestructible, reasonably lightweight, great for standing candles in once the tin is empty as a fire-prevention cautionary measure. (Please tell me other people do this? I’m so paranoid about candles that I now light them within a tin barricade and stand them in a sink. Preferably a damp sink.)

Delightful Body Balm* is a richer body moisturiser than the Almond Milk Concentrate – think body butter rather than body cream with a pleasing, lingering sense of emollience. Great for dry shins, elbows, knees and feet and excellent for basting all over if you want a really decadent overnight treat. You don’t get a hell of a lot in the tin – 100ml rather than 200ml for the milk concentrate – but then it’s not such an expensive initial outlay, either, at £26 rather than £42.

Same immensely pleasing smell, slightly more oomph on the moisturising front and infinitely more portable. The Milk Concentrate is about as portable as an ancient tortoise so it’s not difficult to improve upon that, but I’m glad that there’s a richer, stiffer version. 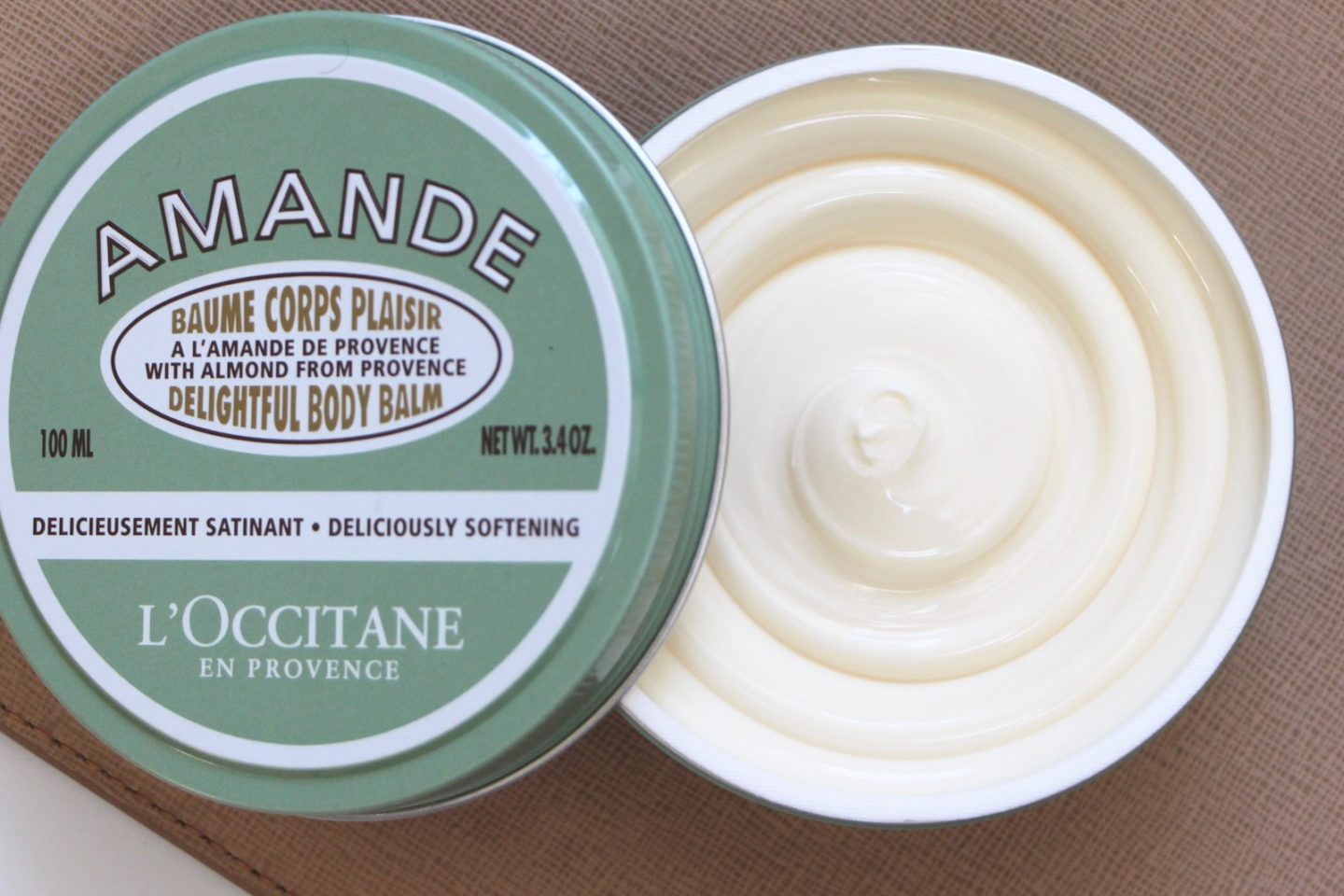 Talking about stiffer, just look at the way the balm has been piped into the pot – it’s almost pornographic, if you’re a beauty enthusiast with a penchant for untouched products. Pristine lipstick bullets and jars of face cream that haven’t yet had fingers dunked into them. Ooh err. Give me a perfect surface swirl over Ryan Gosling any day of the week.

You can find the new Almond Delightful Body Balm from l’Occitane online here* – I would encourage you to have a little browse through the range, because it’s truly moreish.  You can read my review of the Milk Concentrate here and the Supple Body Oil here.