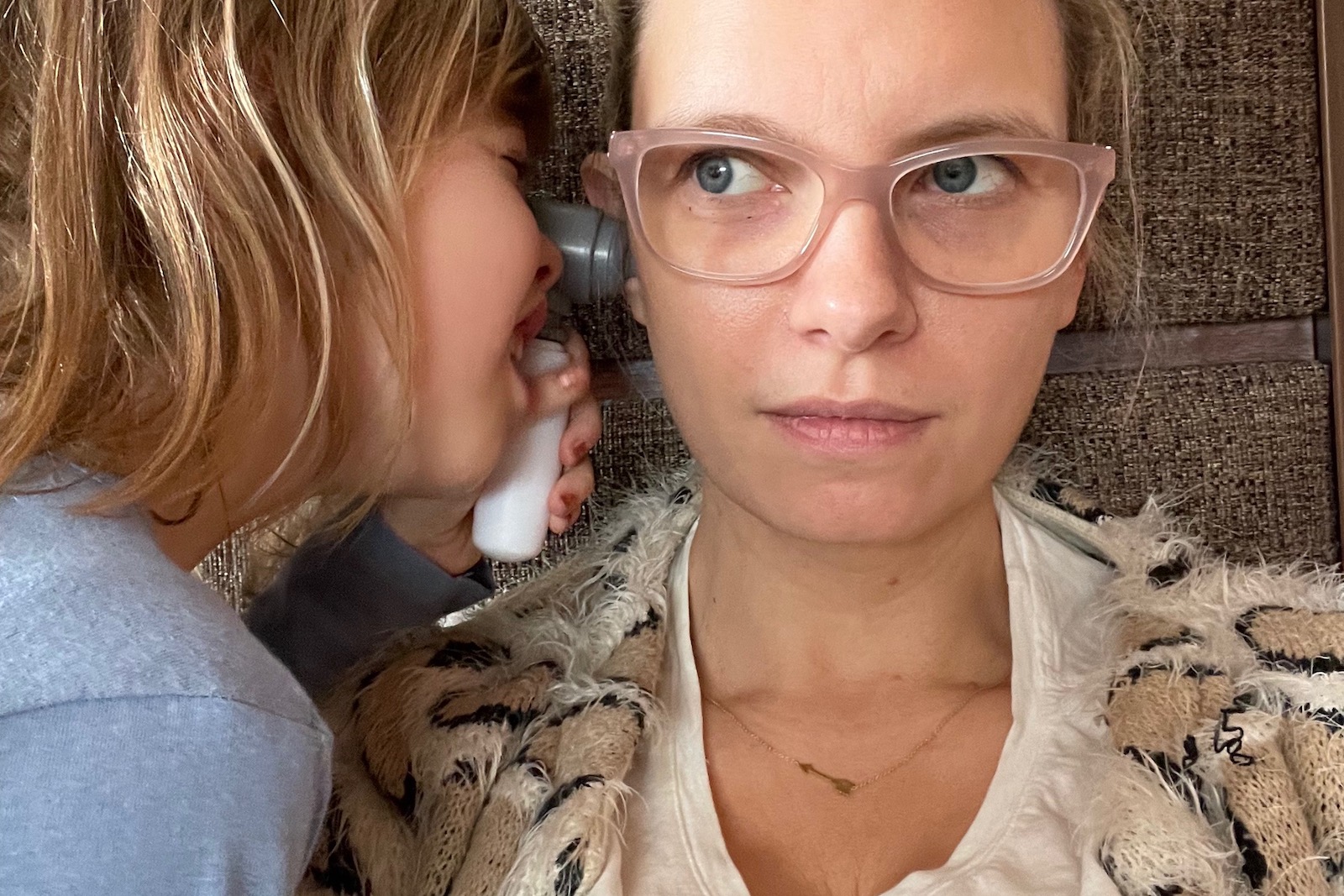 And so here we are, thrown back into the deep pit of lockdown confusion. Each of us with a different and unique inconvenience or disaster: some have lost jobs, some are caring for the sick or elderly, many are suffering with their mental health, lots are working in risky situations or working when they shouldn’t be working. Some people are incredibly bored, others can’t find enough hours in the day to get everything done, there are people who have found their lives largely unaffected and those who have welcomed the changes, others who have refused to make any changes whatsoever…

(A few have “all the time in the world” and are learning how to cross-stitch, speak Cantonese and correctly prune Bonsai trees but we shall ignore them for now.)

My own personal Mastermind specialist subject (Lockdown Edition) is “working from home with two very young kids”, a specialist subject shared by many and only truly understood by those with first hand experience. It’s like being in a high-energy high-stakes gameshow, let’s say Crystal Maze, but a gameshow that never ends. There’s Richard O’Brien standing at the door playing the flute as you try to conduct a crucial work call and wipe a child’s bottom at the same time, he’s constantly telling you that you’re running out of time and that the door’s going to lock and you’ll be trapped in the room…the door’s already locked Richard!

I learnt from Lockdown version 1.0 that to survive being trapped with small children 24/7 you need to consciously kiss any kind of freedom goodbye. And try be OK with that. You have to wipe all plans for any kind of personal development or achievement, even if the height of your ambition is “trying to find some new recipes so that the family can get more nutrients into their diet”.

You have to learn to function on a reduced service – essential tasks only – and not be frustrated if you can’t fit any of the other stuff in. Like sleep. Reading. Leaving the house for exercise. Talking to an adult human that isn’t sick of talking to you.

And that’s just about doable, but bloody hell it’s tiring. Bone-deep exhausting, in fact, and the sort of mentally draining trial of endurance that makes you want to drag yourself up into a tree and hide there for an indefinite period of time. 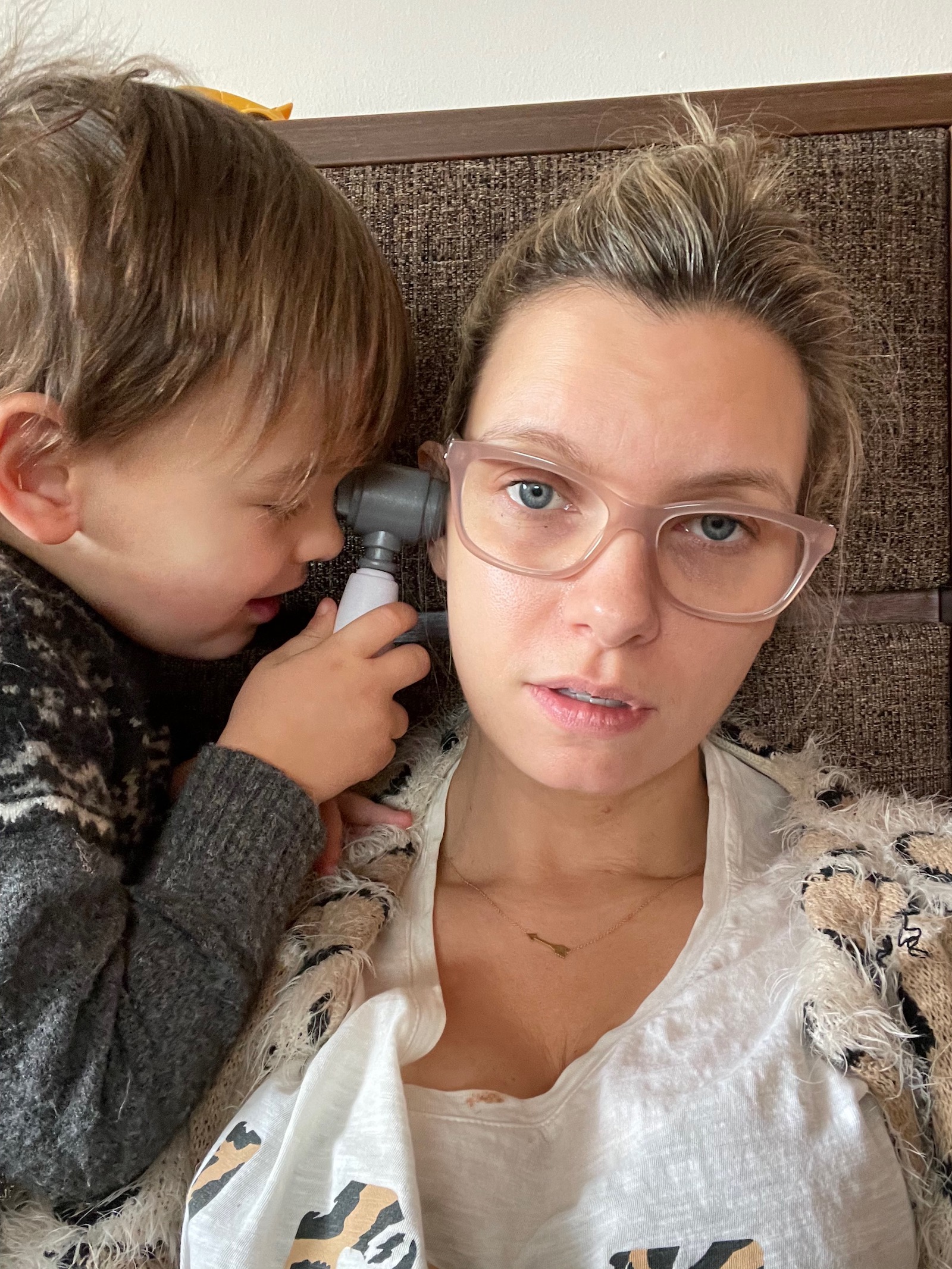 But anyway, you plough on as best you can through the exhaustion fug, until you see annoying comments underneath online articles saying things like:

“why have kids if you don’t want to look after them?”

“erm, how did these people who are desperate for schools to open not know having kids would be hard?”

and then, the inspiration for this post, one that sent me cross-eyed with incredulity:

“all these parents whining about being stuck with their kids: what do they think people did in the olden days?”

Ah, the olden days. What did people do with their kids in the olden days, “Ducati821”? Enlighten me. Just the fact that you’ve managed to squeeze the entire history of humankind pre-2020 into one easy category suggests to me that you won’t have properly thought this one through.

Is it “the olden days” of the eighties, for example, which I have firsthand experience of? Because I can tell you that we used to spend most of the day playing on bits of old carpet, sliding down an embankment that ran alongside a busy road. We stayed out for hours. In fact, most kids I know who were brought up in the eighties barely saw their parents in daylight hours, unless it was for a quick lunch.

And speak to Mr AMR, brought up in the seventies, who used to play on the motorway with his siblings and walk himself to school. (The way he tells it he was frying his own cooked breakfast at three and chainsawing trees down by the age of six, but I suspect he is prone to exaggeration when it comes to childhood memories.)

How olden days shall we go, Ducati821, because I think you’ll find that the further back you delve, the less time parents probably spent with their kids. In centuries past, if you were rich then you didn’t look after your own offspring at all – poor parents sent theirs out to work as soon as they could convincingly wield a set of dangerous-looking tools. And if the kids weren’t working, they were running about the manure-strewn streets getting kicked in the head by a horse, or shot through the thorax with an errant arrow or enslaved by an evil Sheriff.

Basically, children have for the most part either gone to school or they’ve been put to work, depending on historic era and/or socioeconomic circumstances. Very rarely do people voluntarily decide to spend every single waking hour with their progeny once they have graduated from nappies.

Look at my parents’ generation – their parents used to boot them out of the door at about six in the morning with a heel of granary bread and an apple. And they used to get into all sorts of mischief finding horrendously dangerous places to amuse themselves. Marshes. Train tracks. Quarries.

The parents knew that the kids were up to no good but they kicked them out for the whole day anyway. They basically had the option of swimming in an old, deep sinkhole, swinging from rusty, broken scaffolding or shooting at tin cans with the rifles their dads had brought back from the war. The safest playtime activity was probably having picnics in the scary wood where the “strange man liked to watch them”.

I digress: my point is that spending all day and every day with your kids is quite wearying. 100% of the time is…a lot of time. No relationship is designed to be that relentless, even if the other person is Tom Hardy. (Ha! Had to get him in somewhere.) You can see why women with many, many children (my granny had eight, that wasn’t unusual or even notable) got the eldest to look after the youngest and then sat there chain-smoking roll-ups and staring forlornly at the mangle.

Tell me, as a sort of sociological/historical factfinding experiment: how much time did you spend with your parents when you were young? Did they constantly play with you, sit and watch films with you, make dens and forts with you, or did you get sent out into the garden/street with your siblings and the boy from Number 9 who was eight years old and owned a replica Rambo knife? (Complete with sewing kit in the handle.) Comment below, please, and update me on your lockdown status: Bored, Surviving or End of Tether.