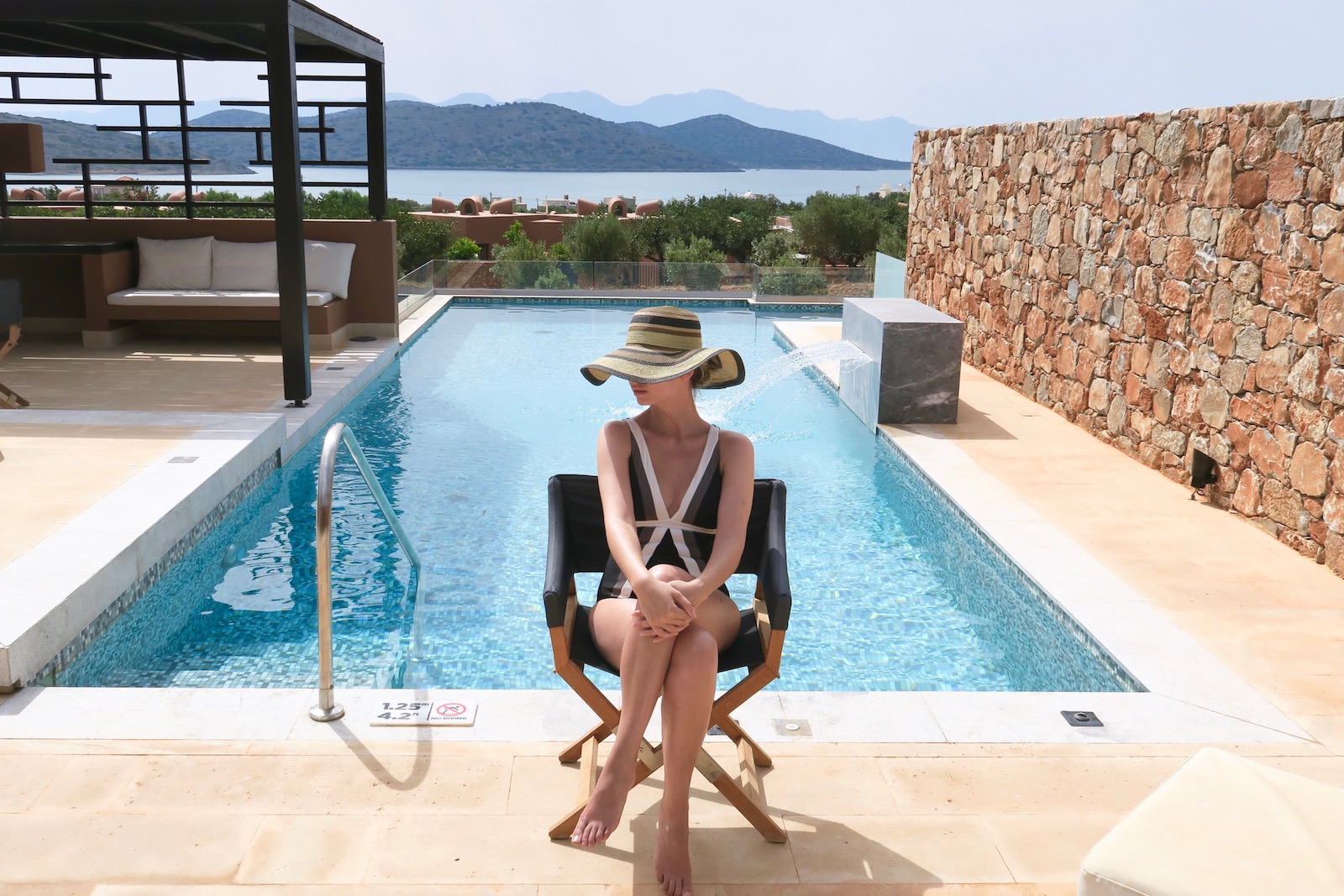 Before I went on holiday (yes, the holiday post is coming up, I’m still recovering from the night-flight-with-toddler-and-baby) I bought a load of bikinis and swimming costumes from Figleaves so that I could try them on in the relative comfort of my own home.

I say relative comfort, but the fact is I’d have been more comfortable trying on swimwear standing on the central reservation of the M4, because I had a constant running commentary from Angelica (aged 2) about the parts of my body she doesn’t see very often (“bum bum Mummy!”) and also a stream of interruptions from various people ringing the doorbell, including the postman who engaged me in a three minute chat despite the fact I was quite clearly busy.

(He thinks I’m mad, by the way. Completely bonkers. Sometimes I answer the door wearing a full face of makeup and huge hair, dressed fashionably from the waist up but in tracksuit bottoms or pyjamas from the waist down. At other times, I’m still in my dressing gown at 11am with a disposable shower cap on and eight different foundations patched over my face, or an array of lipstick swatches covering the entire length of my arm.)

Anyway, I felt dreadful in most of the bikinis. I know I should be embracing my new figure and being positive about the miraculous things it has done – highlights include digesting half a kilo of burrata in one session (June 2014), surviving a particularly raucous twenty-four hours in Ibiza (July 2012) and enduring a particularly savage hair-removing session at the end of last year – but I simply can’t love my stomach. It’s like a lumpy flesh omelette. And I feel I can say that without being “hard on myself” because it’s not even childbearing that’s really made it that way, it’s my penchant for choc ices and Coca Cola (full sugar) and Haribo sweets and cheese and onion quiche.

I’m sorting it out. Starting next week.

So the bikinis were flung angrily into the far corners of the bedroom whilst Ted marched in and out of the door playing a plastic recorder – the monotone hooting providing a sort of depressing soundtrack to my trying-on experience. But then, a eureka moment as I squeezed my lumpy torso into something called a Miraclesuit. Bloody hell, I inwardly guffawed, the miracle will be if I manage to get it on without dislocating something! But get it on I did, once I upgraded from the UK size 10 to the UK size 12 – it slipped on relatively easily. Which is possibly slightly missing the point of a waist-shaping, tummy-controlling swimsuit, which is supposed to be tight to push everything about, but I just couldn’t bear the squeezing sensation of the smaller one. It was like being slowly devoured by a reticulated python. 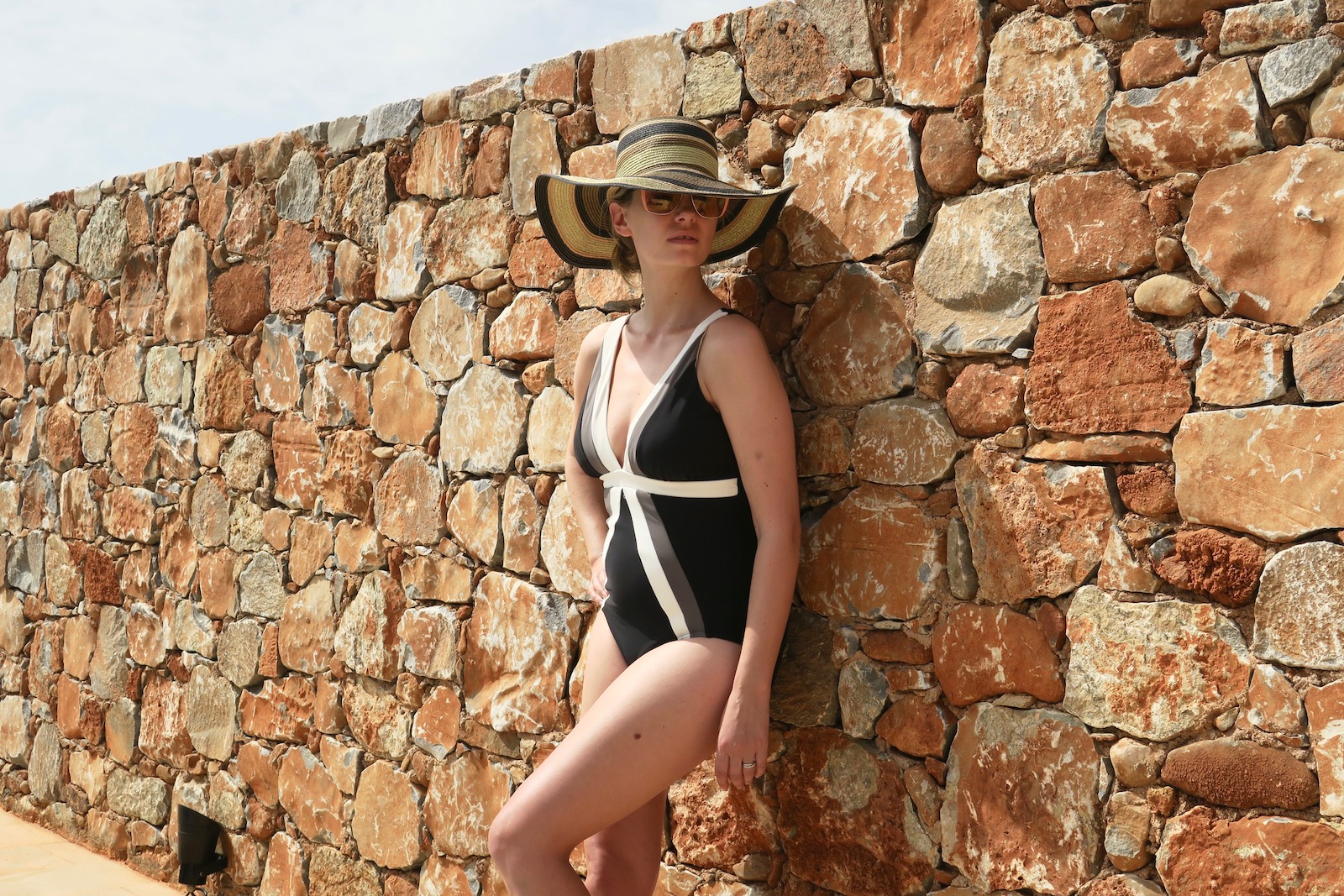 Anyway, the size 12 gave me a good level of support around the middle, holding everything in and smoothing out the lumps so that I looked like a slightly more athletic version of myself. I was very pleasantly surprised when I looked in the mirror; the swimsuit was cut low on the chest, which made my boobs look good (there was quite a bit of support for those, too) and there were cleverly-placed stripes which formed a kind of optical illusion, making my waist look smaller than it actually was. 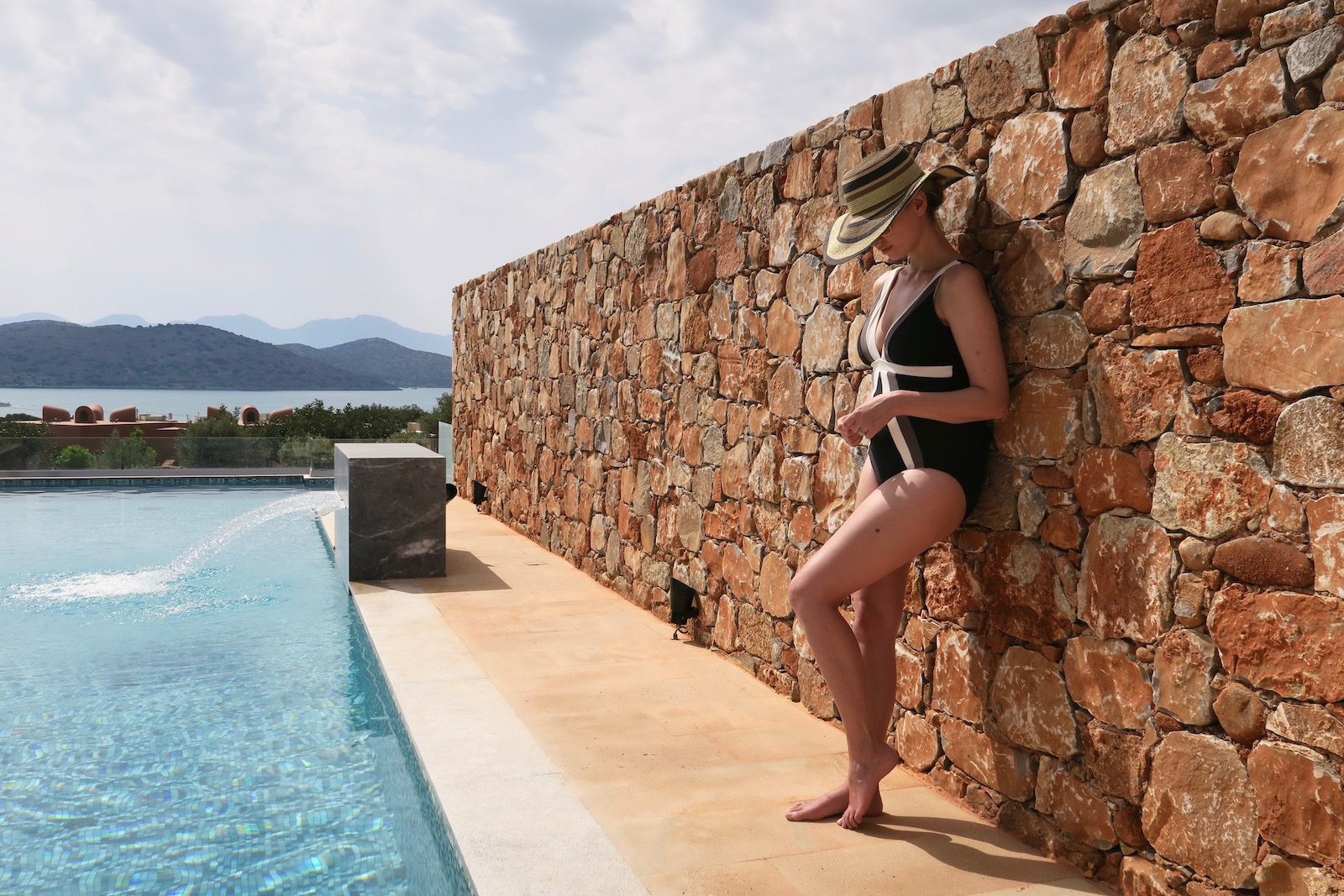 So yes, the Miraclesuit was a great success on holiday. I wore it to the beach, I wore it beside the pool, I threw dresses over the top and wore it with shorts and no other top, which is about as daring as I get these days. (I did wear a mid-thigh-length dress on holiday, but totally forgot the Rules of Shortish Dresses and ended up flashing my unattractive knickers when I bent over to fix the strap on my sandal. Oh, the shame, the shame.)

Now I just have to resist the temptation to buy a load of different Miraclesuit styles – I tend to do that, when I find an item of clothing I love. Jeans that fit perfectly will be snapped up in three different washes as well as some sort of novelty seasonal shade (that will never see the light of day), t-shirts made from the softest jersey are bought by the half dozen, the ultimate “throw it on” dress, if it proves to be a good buy, will inevitably be re-purchased in all available colours and prints. If I think I’m on to a good thing, I bulk buy it with an almost religious fervour. 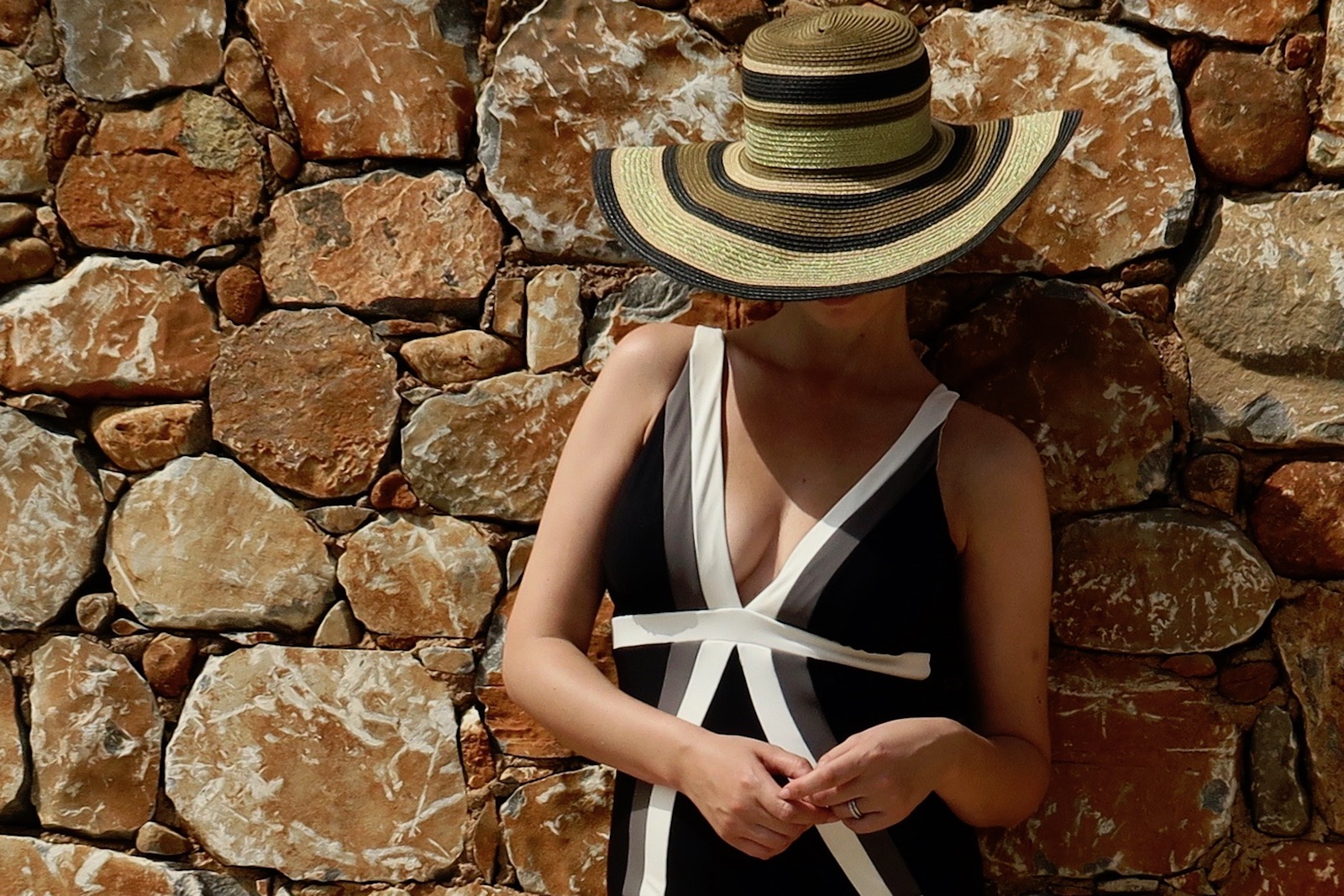 I won’t be doing this with the Miraclesuit – at least not yet. Simply because I don’t go on holiday enough to warrant having more than one. I don’t even go swimming. I’m far too lazy for that and I have a phobia of damp changing room floors and lockers that have keys that you have to safety pin to your person. No ta.

But one? Yes. One Miraclesuit is a must. A holiday wardrobe staple for anyone who would like a slightly stealthier silhouette, who isn’t keen on letting the midriff hang free if they’re going to be bending over to pick up kids’ toys from the sand every three seconds, who would like just a bit more support in the middle area. A firm, reassuring pressure that makes you stand straighter and hold your shoulders back and a curve-forming design that has you doing a little double-take when you catch a glimpse of yourself in the beach bar window.

The Miraclesuit is here* at Figleaves. They have lots of different styles at slightly different prices – they are more expensive than the other control swimsuits I tried (the Spectra style I’m wearing is £130) but the quality was incomparable. Really robust all over and fully lined and with a well-considered cut that was properly flattering. Definitely worth a try if you’re looking for summertime swimwear – let me know how you get on. And, as always, leave your own tried and tested recommendations below – I know a few of you love M&S swimwear but are there any other brands you’d really rate?