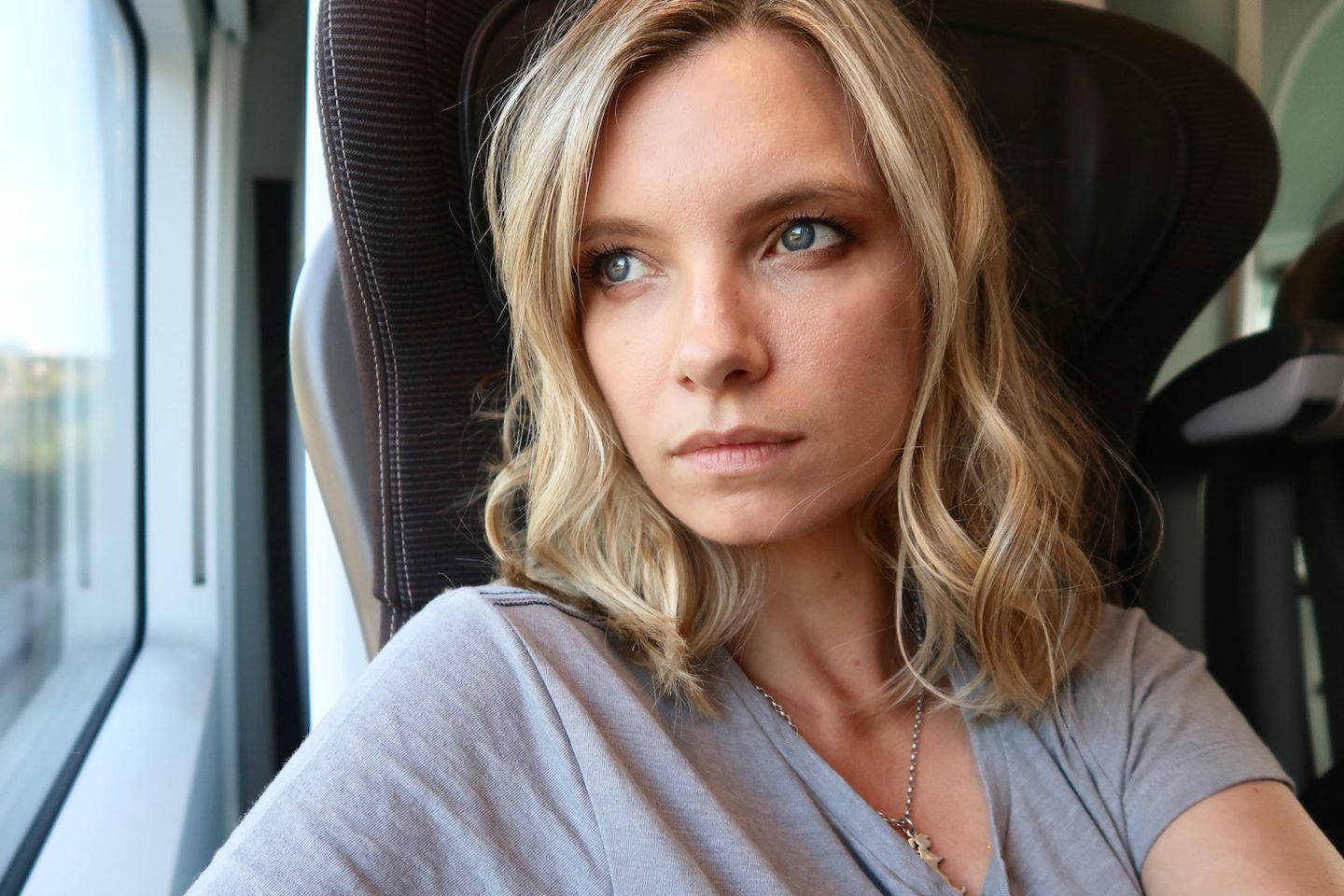 I went away for six whole nights (I went for the days too, obviously, otherwise it would have been a logistical nightmare) and I took my little vlogging camera with me to document the trip. I’ve called the resulting video – wait for this, because it’s an absolute triumph of creativity and took all evening to come up with  – Gone For Six Nights.

Disclaimer: this is nothing at all like the film Gone In Sixty Seconds. I realise that both titles include “gone” and “six” but that is honestly where the similarity ends. I don’t think there are even any cars in my video – I go on about ten different train journeys and travel through Paris in a mini-van but high performance vehicles don’t make an appearance.

There’s no sexy-time either, unless you’d include a clip of me wearing just a pair of disposable paper knickers. Potentially backwards, I never did get to the bottom (hoho) of which way around they were supposed to go. I’m sure my Clarins therapist got quite the fright when she went to turn me over!

Anyway, yes: it was necessary for me to leave the family residence for six days and six nights and I thought that I’d film my time away to record how I got on. As expected, I was relaxed to start off with, then tired because I was dashing about all over the place and then, from about halfway through, really really homesick. It’s a funny old thing, being a parent; you crave a few minutes to yourself just to read or think or stare unthinkingly at a blank wall, but if you have too much time on your hands you simply don’t know what to do with it.

Perhaps I don’t speak for the majority, here, so please do correct me below if I’m wrong, but you get so much more done when you have less time to do it in. Give me an hour alone in the middle of a hectic day and I’ll be so grateful for the time that I’ll bash out eight emails, pay all of the bills, pluck my stray eyebrow hairs, edit and publish a post on eye creams and write my to-do list for the following snippet of spare time.

Give me a whole day, alone, with no threat of sudden interruption or having to do the Big Shop or wait in for the parcel delivery man or stop two small people from drawing all over the kitchen cabinets with a biro, and I will get absolutely nothing done. Nothing.

I’ll pointlessly read through old emails whilst contemplating my face in a hand mirror and wondering whether I should get my eyebrows tattooed on. I’ll think about logging into my online banking, but I won’t ever get around to it because I’ll get distracted by ASOS and spend four hours looking at new trends that are faintly absurd. I’ll think about drafting a post on a face cream I’ve been trying, but then, instead, I’ll line up all of the face creams I’ve been trying and take photos of them, but get frustrated that the light isn’t right and then spend three hours carting my face creams about to different windows, trying to get a good shot. It’ll go dark and I’ll realise that I didn’t need those photos anyway, I will import them into iPhoto and they will never be used. I will look down at myself as the light fades and realise that I am not even dressed, that I haven’t eaten lunch and that I haven’t consumed a drop of water in over ten hours.

How about you? Does your productivity increase when you have less time to do things in? I honestly couldn’t have imagined that this phenomenon could be remotely true if you had asked me four years ago; I had heard the saying “want something done, ask a Mum!” and dismissed it as absolute drivel. If you needed something done, why would you choose the person who was clearly at the very end of her physical, mental and emotional tether? Why would you ask someone who was apparently trying to open their car door with a frozen fishfinger instead of a key?

But then when I think back to my 70 hour work week, I reckon I used to spend about 40 hours of it worrying about what everyone else was up to and whether I was doing my life right. Total waste of time.

Enjoy the vlog – it’s been a while, hasn’t it? Highlights include: aforementioned paper knickers, watching a fashion show from a special barge, me washing my pants in the bath, me being kept awake all night by my hotel neighbours…