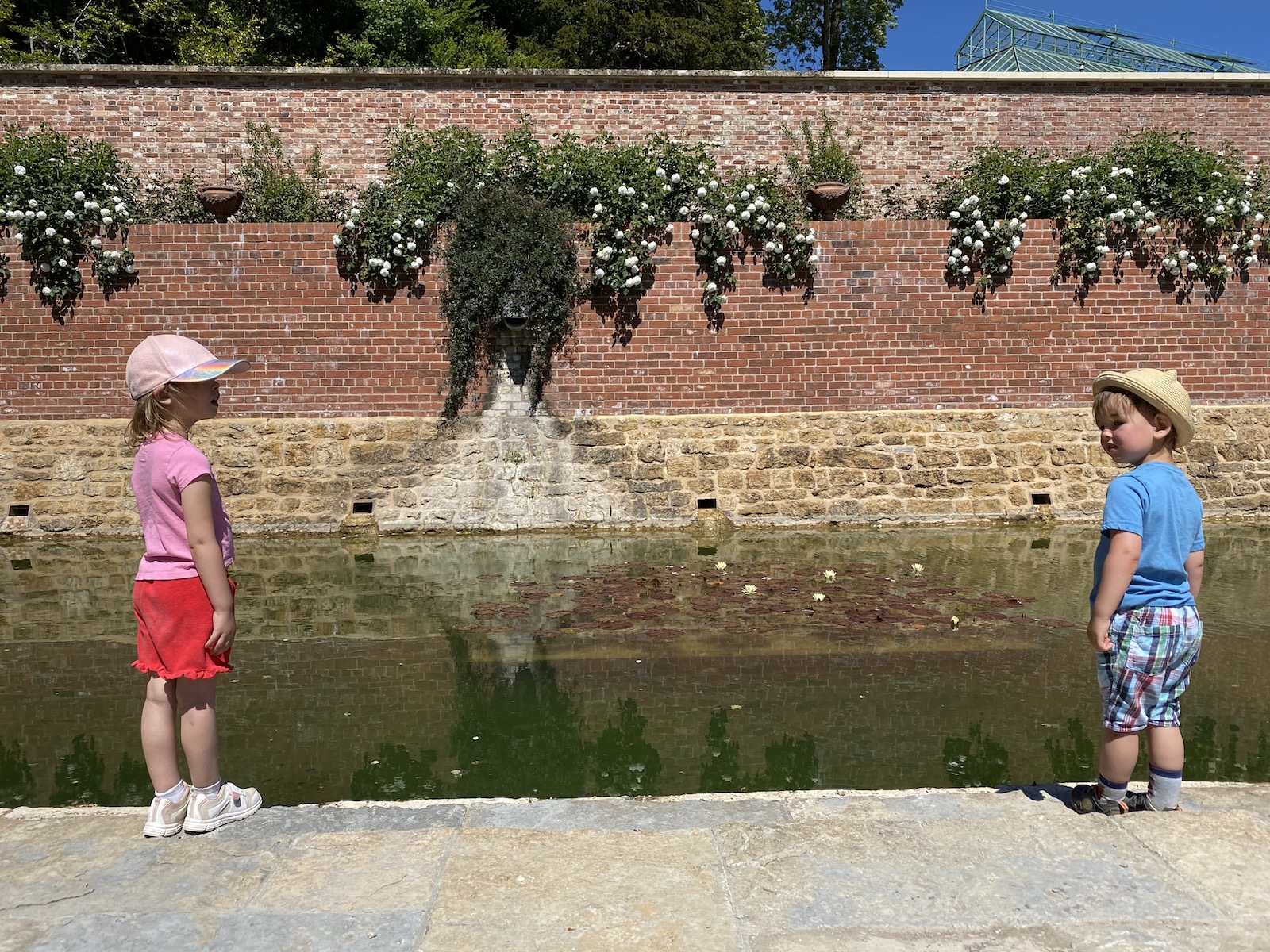 It’s a brief update this month, because it all feels a bit disjointed to talk about mundane, everyday events when such momentous things are happening in the wider world.

I don’t know whether anyone really needs to hear about how my three year-old is now “dry at night” but still quite enjoys doing a leisurely poo on the lawn. Or how my nearly-five-year-old told me the story of Peter Pan and said that there was a crocodile who swallowed Captain Hook’s “cock”.

Or that my daughter built a home for slugs and then cried when the slug ran away. (Ran! Haha. Sprinted. Honestly, the poor slug must have thought he’d entered some kind of nightmarish torture garden with both kids looming over him and dangling bits of cabbage and trying to get him to climb into the toadstool house.)

Oh, sidenote: I don’t want to be one of those madly annoying parents who humble-brag about their kids, but I thought it was quite good that she’d written a note herself. With incorrect spelling and I noticed that the letter heights were all a bit off but still. I was so taken aback that she had suddenly started writing stuff, with no help, considering the fact that we have done a grand total of TWO HOURS homeschooling in the whole lockdown period. Do small kids just learn…telepathically? Because you have simply willed them to learn something?

Or does it count that you spell things out to them when you read? Because I’ve done that a bit, I think, but honestly not much. Mostly I make up the words in the bedtime story anyway, either to skip the boring bits or to add a bit of spice. (“Postman Pat opened the letter to find that he had inherited a million pounds from a long-lost cousin in Brazil and all he needed to do was hand over his account details and online banking password!”) I’m so confused as to how she’s suddenly had this leap in knowledge when the most she’s allowed me to “teach” her is that a) not all men with beards are called Mr Twit b) pavements in America are called “sidewalks” and c) you can’t go around corners on a wordsearch.

You’d think he’d been raised by alleycats! He loves toiletting al fresco, eats with his face in the bowl and loves nothing more than a curl up and a head stroke.

And that’s it for now. Huge world events, tiny home ones, but recorded for posterity nonetheless. Did you know that I’ve now been writing these updates for five years? Every month, without fail. When I’m dead someone can publish them as history’s most bizarre and random autobiography ever written. (You can read all of the life updates here.)

On that note, I’m off – I have the hormonal headache to end all hormonal headaches and so must to bed. As someone in the tudor times would have said. Possibly before doing a dump in a porcelain bowl, throwing it out of the window and then clambering onto a mite-infested mattress. Until next time…