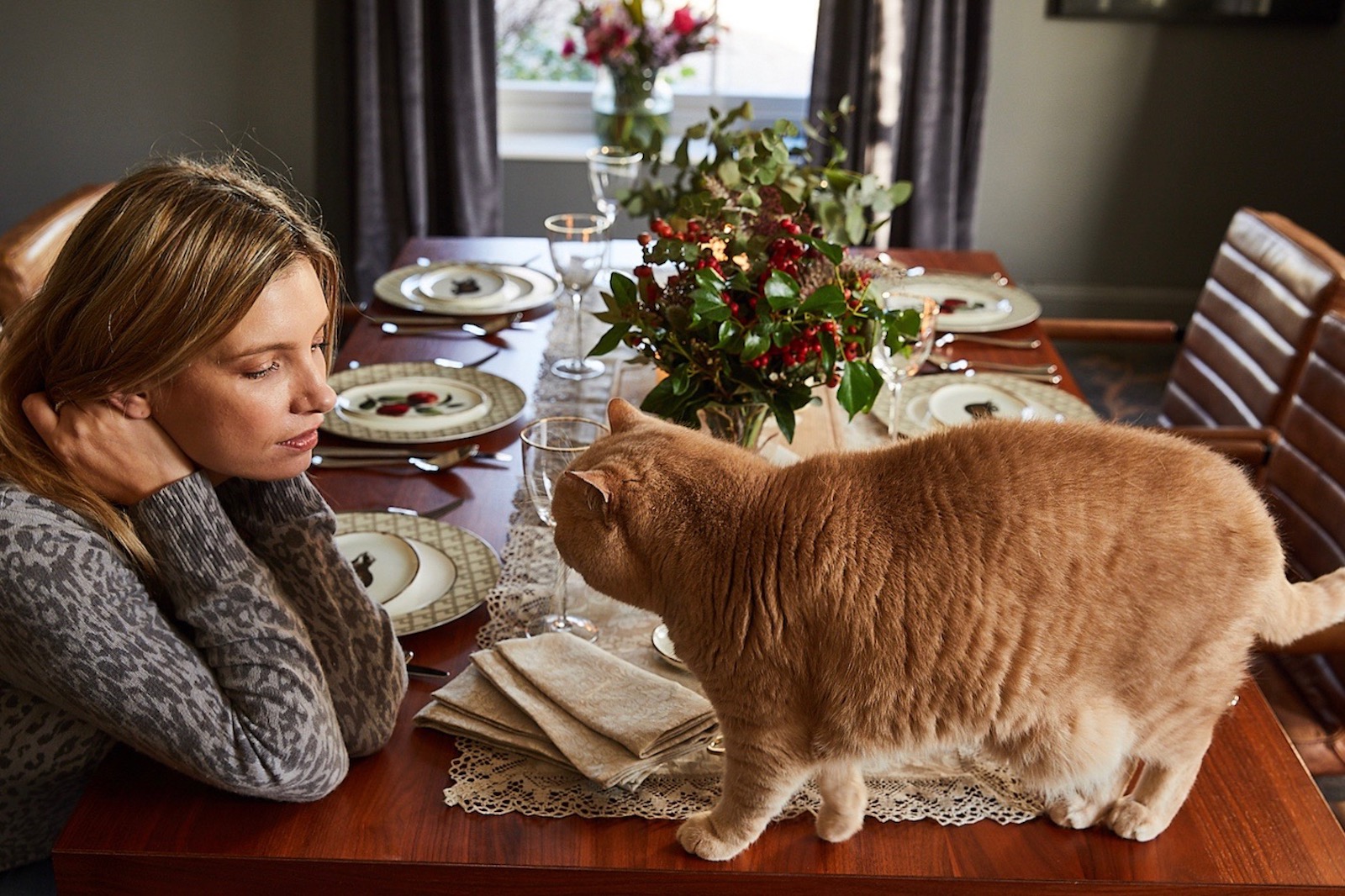 I’ve had a slightly longer break from work than anticipated; but don’t worry, there’s nothing sinister afoot. I’m not ill, the dog didn’t die, I’ve not had a drastic facelift that meant I needed to hide behind bandages for a month. I was just absolutely shattered before Christmas and then the school holidays (aka “the great relentless abyss of no childcare”) completely finished me off.

I won’t harp on about Christmas not being a holiday – you can read this post from the same time last year and just update the kids’ ages – but it’s safe to say that having a four and two year old is as much work (possibly more) than having a three and a one year old. At least toddlers (generally) haven’t discovered eye-rolling and chat-back. At least toddlers are vaguely amused by wrapping paper, empty boxes and the jangly bell from a Lindt bunny tied to the end of a piece of ribbon. Fast-forward a year and the children now want painting games on the iPad and festive biscuit-decorating sessions.

Anyway, to cut a long and fairly pedestrian story short, I decided to take a few casual days off when school started back last week so that I actually had more than twenty seconds to myself. It was great. On the first of the two child-free days (there were four school days in total but Ted only goes to nursery part time) I stayed in bed looking for second hand velvet sofas on eBay and browsing for vintage rugs on Vinterior. On the second child-free day, which – alas – wasn’t consecutive – I went to Bath in the morning with Mr AMR, had some lunch and then sorted out the shoes and boots in the utility room. Bliss.

So that covers the two days last week when I actually had some proper time off: what of the rest of the “holiday”? What an earth have I been up to, seeing as though I’ve been on a self-imposed social media ban which theoretically should free up about nine hours a day? Here’s a run-down: brace positions, people, it’s a wild ride.

I learnt how to use the scanner thing at Sainsbury’s. Have you used these supermarket handheld beepy scanner things? I’m not talking about the self checkout tills, which are so useless and stress-inducing they make me want to chew off my own feet, I’m referring to the handsets that you pick up at the start of your shop and take around with you, zapping barcodes as you go, so that at the end of your shop you can just pay and go.

No unloading the trolley at the till only to pack it up again and then unload it into the boot of your car.  (Sounds such a ridiculous waste of time when you write it down.) No watching helplessly as your bottle of Malbec slowly rolls along the conveyor belt, straight off the end and then smashes on the floor. No performance anxiety as you try to pack your bags in front of the people waiting in the queue behind you – the pressure as you feel them judging your packing speed and dexterity! The shame as you fumble to retrieve your bag-for-life from the floor! The panic as a loose lime you’ve reached for rolls away, escaping your grasp. You can feel your audience’s eyes trained upon you – they wince as you pack heavy potatoes on top of squishy cherry tomatoes, they breathe an audible sigh of relief when you realise that the milk is leaking and ask if someone could possibly get you another.

“JANET! JANET! Six litres of full fat on checkout nine! The woman’s got a leaky one!”

None of that when you use the handheld scanner. Utter genius, it is. Although I have to say, don’t let your kids mess about with it. I almost paid for eight giant boxes of dishwasher tablets and a “Pressure King” pressure cooker. 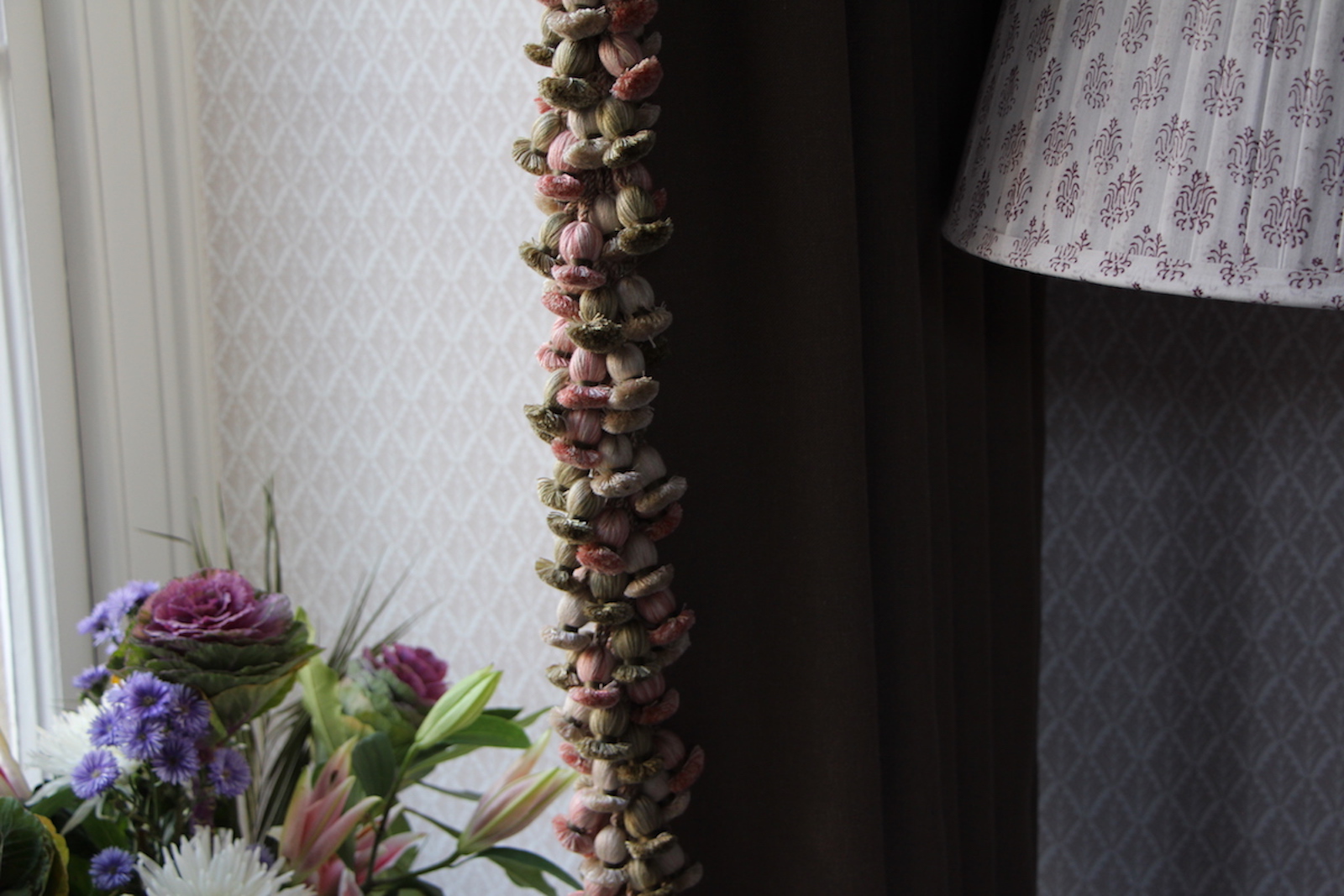 I saved over £290 on curtain tie-backs. Yes, you heard me – £290! The one from Samuel & Sons that matched my tasselled curtain (photo above) would have been £300 inc VAT and I managed to get an (admittedly much plainer) version without the tassel but with all the same tying-back abilities in the Laura Ashley sale. Eight quid! The fact that it took me around ninety-five man hours to research alternative tie-backs is by the by. I’m pretty sure my labour costs were more than the original tie-back…

I made Yorkshire Puddings properly for the first time and they were immense. Quite literally. I put a bit too much batter into each tin and they rose to just about fill the top oven. I think one of them was almost ten inches tall. Who cares, though – more is more when it comes to Yorkshire Puddings, surely? It’s the only part of a roast dinner I’m actually bothered about. Next year at Christmas I might just make myself a giant Yorkshire and fill it with gravy. Bit of al dente broccoli. Scrap of turkey and a dollop of cranberry and I’m done.

I took the stair gate off and now Mr Bear the cat is an omnipresent menace. Honestly, life was easier when he was confined to the ground floor. Now that he has free run of the house he sneaks up on you when you’re in the shower, jumps onto your back when you’re sitting on the loo and pounces on the kids’ feet in bed. He’s having an absolute whale of a time. Although I caught him pointing his claws in the direction of my velvet upholstered Soho Home bed the other day and so the gate might have to be resurrected. It’s been so nice without it though – just walking down the stairs, freely, without having to wrestle with the lock and then risk breaking my neck tripping over the frame. We could have taken it down about a year ago if it wasn’t for the cat and his penchant for creeping about the place and using furniture to sharpen his nails…

I did a self-imposed social media ban. Which I’ve already mentioned, but it’s worth saying again: I didn’t look at any social media from the 21st of December until the other day. Amazingly, my screen time didn’t go down, but that’s because I used all of the social media time trawling the internet for furniture bargains. I reckon if you squished all of the time together, I spent a full day and night searching for stuff on Vinterior – the scrolling started to make me feel seasick! (By the way, if you want to get £50 off your first order over £500 with them use RUTHCRILLY in the code box. This isn’t a special affiliate setup – anyone who orders with them can get a code.)

Why the social media ban? I just wanted a quiet and relaxing Christmas (HA!) and to properly stop thinking about work for a couple of weeks. The thing is that I have a perpetual internal monologue as I go about my day – I almost narrate my own existence – and because of this I’m always tempted to write down every thought that I’ve had, or record every action. Quite often little things I’ve done can form the basis for a post here on A Model Recommends, or I’ll jot down a thought that will then become a bigger idea which then requires a longer sit-down with pen and paper to elaborate, and unless I absolutely switch off, one hundred percent, the temptation is always there to quickly write a caption or draft a blog post.

So I moved all of my social media apps to a different page of the iPhone menu so that they weren’t staring me in the face when I opened my phone and then I just sort of forgot about them. I can highly recommend it, at least every once in a while. I actually think I have an OK relationship with social media – I’m definitely not addicted and can easily detach myself – but still. A digital cleanse felt pretty good!

Now I’m finding it quite hard to get back to work, however – I’m dragging myself very slowly into 2020, like a giant, jumper-wearing slug. I have been setting myself absurdly basic tasks so that my brain doesn’t go into shock;

How are you finding the New Year? Did you set any resolutions or do you have a masterplan for 2020? Mine is to try and be more organised with work so that I don’t feel so stressed – plan my content and commitments in advance so that I know what I need to get done, rather than just fitting in tasks at the last minute or late at night. 2020 is the year of the new, streamlined me!