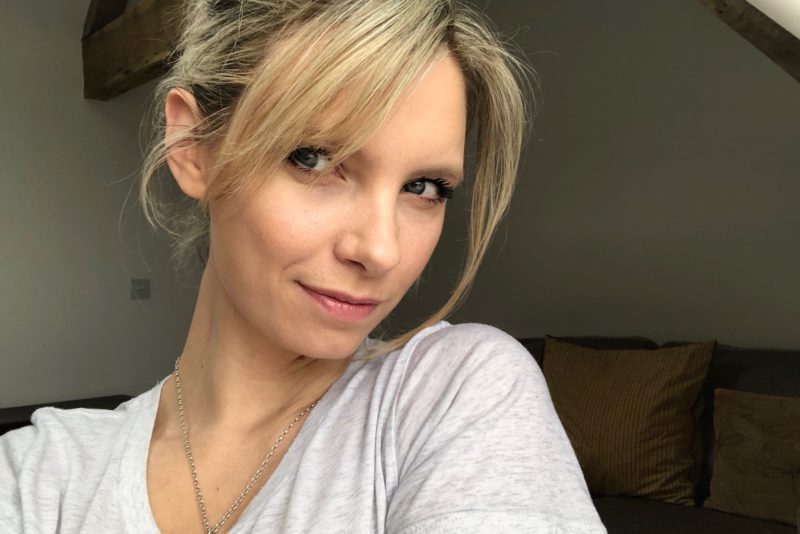 Could this be the answer to (possibly) the most frequently occurring hair dilemma known to man? How many times have you heard people (including me) say things like, ‘I really want a fringe but I don’t know whether it will suit me!’ ‘I want something interesting doing with my hair but I’m scared that a fringe will be hard to style!’ ‘I need to cover my forehead lines but I look like an eight year old if I have a fringe cut in!’?

The biggest dilemma with a fringe is whether you’ll end up regretting it or not. But I think I have the answer: the no-commitment fringe. It’s basically just a new name for something that’s always been an option, but bear with and humour me: this is the ultimate fringe-that-isn’t-really-there. It’s a few wisps of hair, an amount of such insignificance that should you wish – and it’s easier if you have a bleached, wiry texture like me, because it stays where you put it – you can simply flick it into the rest of your hair and make it totally disappear. 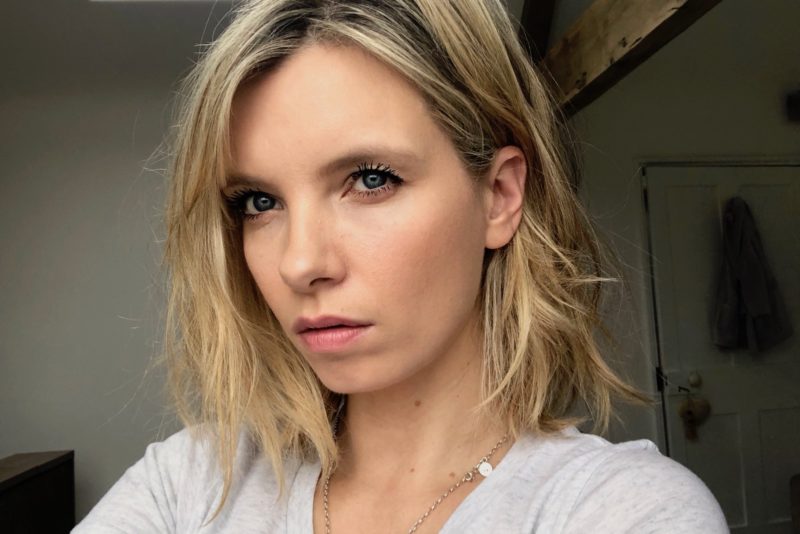 No complicated styling techniques necessary and you won’t have to trim the blasted thing every three days – if it gets in your eyes you can easily push it to the side, but if you want it around you merely need to dry it forwards with the hairdryer, pulling it out in a stretching sort of movement with your fingertips. 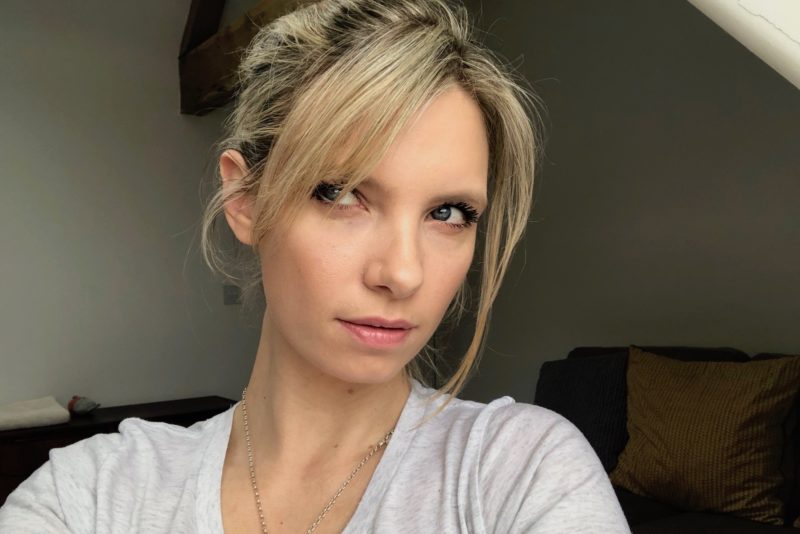 The pièce de resistance, though, with this no-commitment fringe, is this: you can get away with just styling the fringey bit! Tie the rest of it up – bun, ponytail, whatever – and just tweak around with the front bits for a few seconds, pulling them about so that they lie sexily across the eyes and frame the face. That’s it. It looks done, it looks interesting, it looks sultry: but it takes seconds.

Queen of this look is Sammi Jefcoate, who has a blog here; she has far more of a fringe, but it’s still cut in a clever, cool, non-blocky way that means it can be pushed aside or trapped beneath a headscarf or headband. Mine is around a third of the volume, which means that it doesn’t have nearly as much visual impact but is far more low-maintenance, and low-maintenance is my middle name. 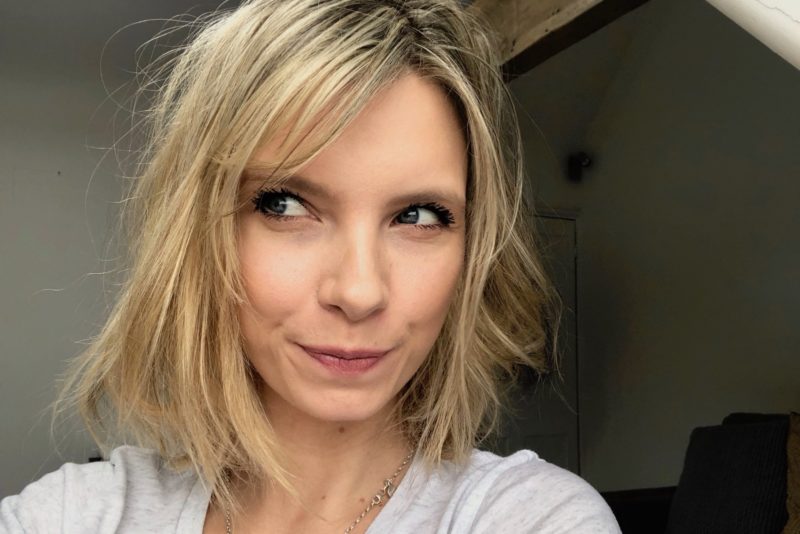 The downside? There still is one, because any fringe or piece of hair that is cut differently to the rest is going to have its drawbacks, namely the fact that it will inevitably do ridiculous things if you let it dry naturally. Like stand straight upwards, or curve into some crazy shape that makes you look as though you have a comma stuck to the side of your head. Yes, it takes mere seconds to pull it forwards and blast it with the dryer, but I have to then get the dryer from the cupboard (it has to be put away because toddlers love wires, plugs, anything that makes a noise) and then I have to plug it in and then I have to put it away again. It’s effort – minimal, but still an effort. 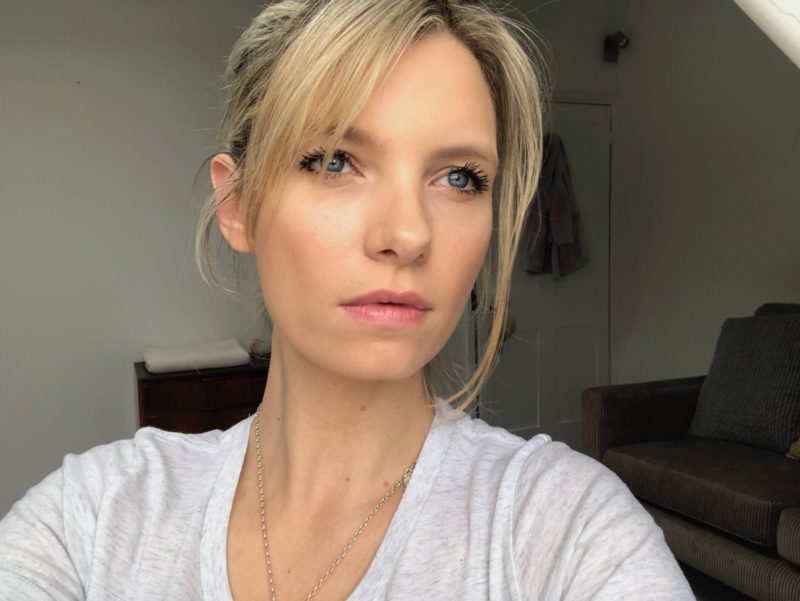 So instead I do the lazy version of blow-drying, which is just sitting there in the air until it gets dry itself, which – there’s no way around this truth – never makes for hair as good as hair that’s been blow-dried. Or styled in some way. Unless it’s long, naturally wavy and looks like Gisele’s.

Also, the fringe, however commitment-free, still sits on your face. Which is mildly irritating, as though a gnat or a small house fly is continually trying to tiptoe across your forehead without you noticing. Does one ever get used to that feeling, I wonder, and learn to just blank it out? Like people who live under the flight path and manage to blank out the engine noise of jumbo jets coming in to land? Can a fringe tickle ever become background noise? 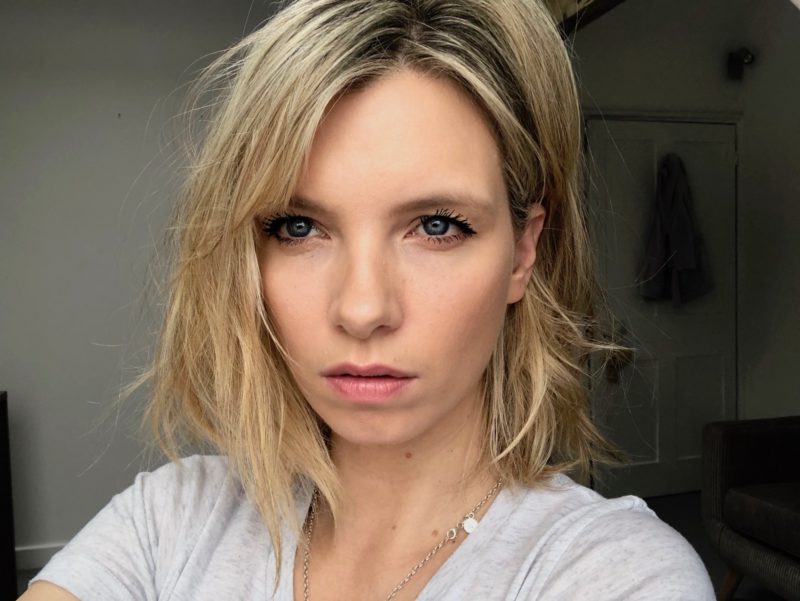 Deep questions, people; I’d like your thoughts. I’ve tried to include some photos from different angles so that if you did want to have the same thing, it’s quite clear what has been done. I think that way the fringe has been cut should hopefully be pretty self-explanatory to a hairdresser’s trained eye. As I said before, this sort of half-fringe, or sweeping fringe, is nothing new, I’ve just given it an updated name! UPDATE: a quick Google reveals that I haven’t given it an updated name at all; about a thousand people have already written features on the no-fringe fringe, the low-commitment fringe and other variations on the theme. Oh well. Always late to the party…

Thanks, as always, to Kat at Josh Wood Atelier for my cut and Melanie for my colour.