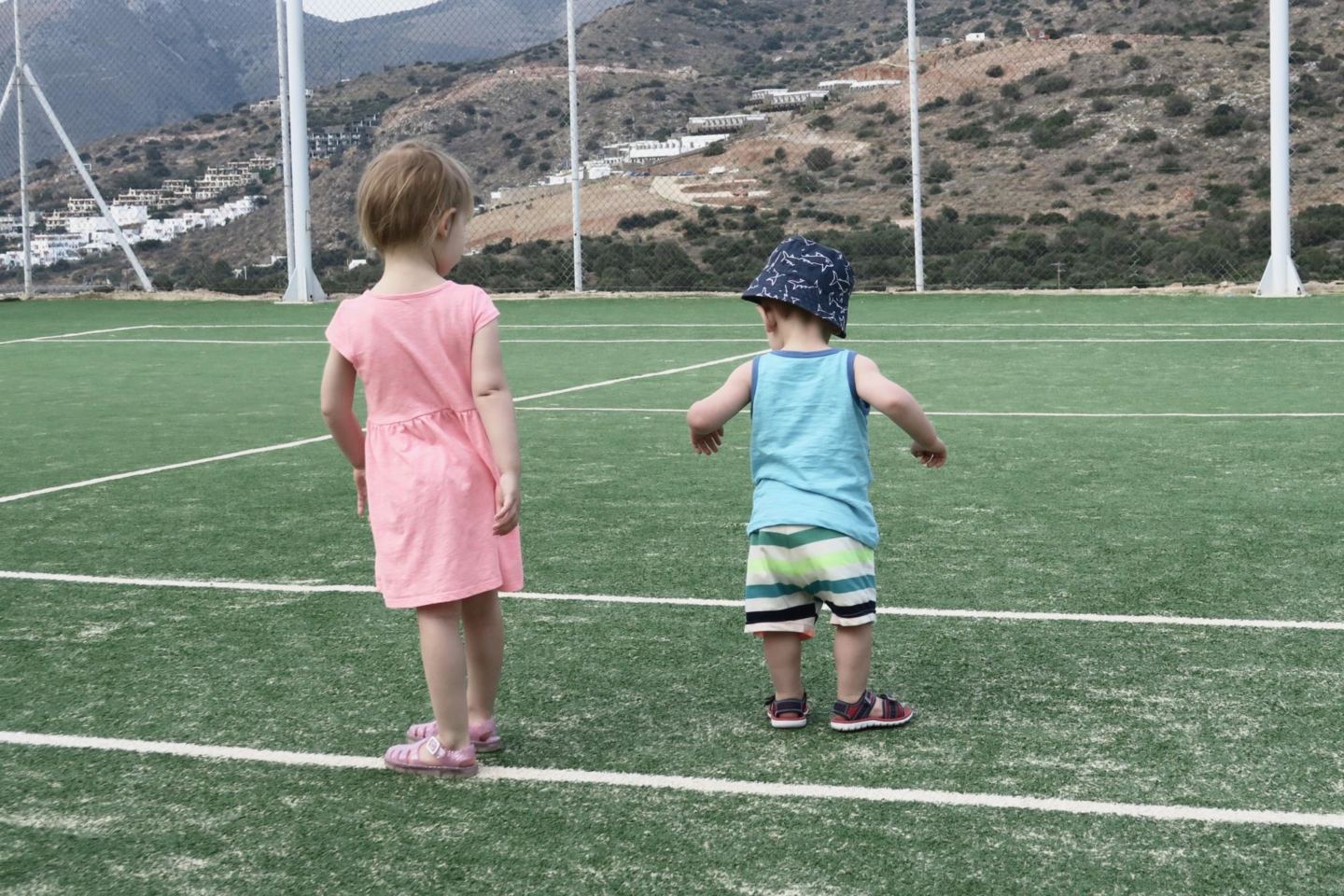 Don’t panic, but this might be the last monthly update on The Uphill in its current form. I’m considering merging my two websites together, so that beauty and style content from A Model Recommends sits alongside life updates and family stuff and posts about being a Mum. I sometimes feel as though I spread myself too thinly across two blogs and there’s so much crossover with some subjects that I end up ignoring them altogether because I can’t decide which site to place them on.

There are so many posts that I know that both audiences would love and it seems such a shame that most of the time only half the people see them. So I’m working on a way of bringing the content together but making it easy to filter out what you do and don’t want to read – with the distinct bonus that there will be more posts to read overall and you’ll possibly see things that interest you that you would never have seen before the merge.

Anyway, onto the main event, which is – obviously – the kids and what they’ve been up to. We’ve just been on holiday abroad for the first time, which was something of an experience; amazing resort (post upcoming) and brilliant weather, but my God it isn’t much of a rest is it? For some reason I thought that once we stepped off the plane into that sunshine parenting would suddenly be a cinch and the children would just sort of happily doze on the beach whilst I read books and sipped Rosé.

Not so. I’ll get back to you with some anecdotal holiday material once I’ve fully recovered my senses. 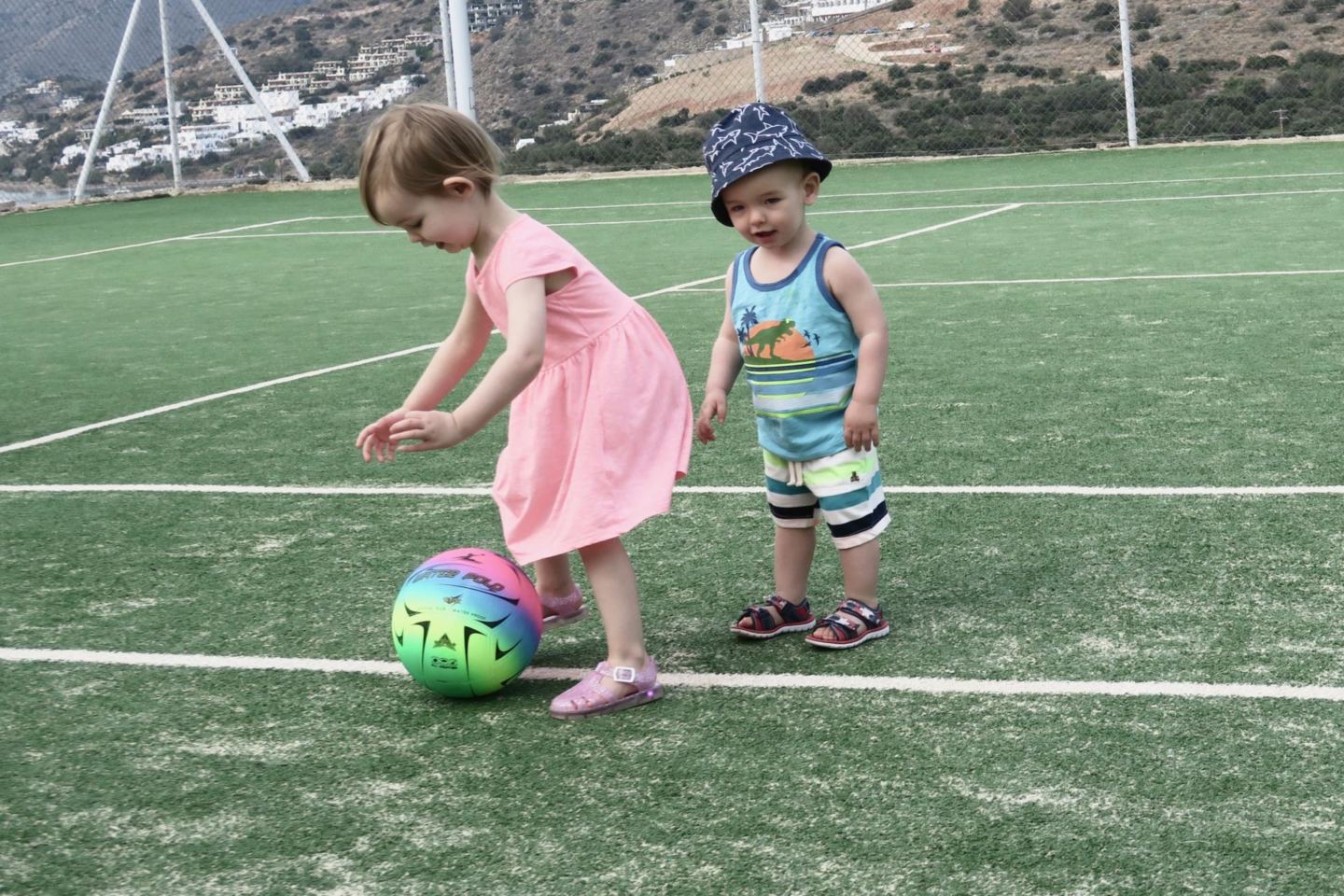 We’ve started to have a bit of foot-stamping and tantruming, which is unnerving as it makes me feel as though I’ve totally lost control of everything – and it flusters me, especially if it’s already a hectic day. Do you ever feel as though the whole weight of your child’s future behaviour is on your shoulders, constantly, and every tiny decision you make (ignore them or shout? naughty step or reassuring words?) will either turn them, eventually, into a monster or the perfect human specimen? It’s such a responsibility – and how the hell do you know whether you’re doing it right? I always thought that if I kept a “stern voice” in reserve for naughty times and spoke in a relatively nice voice the rest of the time, I’d have the whole discipline thing down. Turns out it’s slightly more complicated than that because a) toddlers don’t give a sh*t what you say and b) you end up using “stern voice” loads, for really insignificant things, so it never has any impact anyway.

Hey ho. I shall merely continue to self-flagellate about it and muddle along as I have been doing. Potty training is going well, with no accidents, touch wood. Angelica likes to shout “poo” very loudly when she needs to be taken to the toilet which is great when people are trying to eat their breakfasts at the holiday buffet! She’s an absolute card, if I’m honest – I never thought a toddler would make me laugh so much. She’s been under the weather for a while (they both had a virus and then a sickness bug) so I’m not sure whether the moodiness is related. The rest of the time, it’s role-playing galore and lots of strange dance moves across the kitchen floor…

Ted has really started to become a little person of his own this month. I probably say that every month, but such is the joy of watching children grow – every month feels so brand new and like such a huge developmental leap. He has an excellent, very cheeky sense of humour and is very sweet  – he gives the best cuddles, really snuggling in if you pick him up and running over to grab your legs if you come into the room after a stint out of sight.

He copies absolutely everything Angelica does and looks at her in a besotted sort of way, his eyes glazing over yet still watchful, picking up on how she holds her spoon or bangs down her cup or – annoyingly – feeds crumbs of food to the dog at the table. Talking of tables; the BabyBjorn highchair has finally been outgrown – Ted is just too chunky for it, really, and throws himself about so much that I worry he’ll tip it over. So it’s going up to the shed to await another baby. Not my baby, I don’t think (NO MORE! says husband) but there’s always someone in the family and friends circle with a new baby and it’s nice to be able to recycle these things. Like the Snuzpod, which is currently serving its fourth newborn… 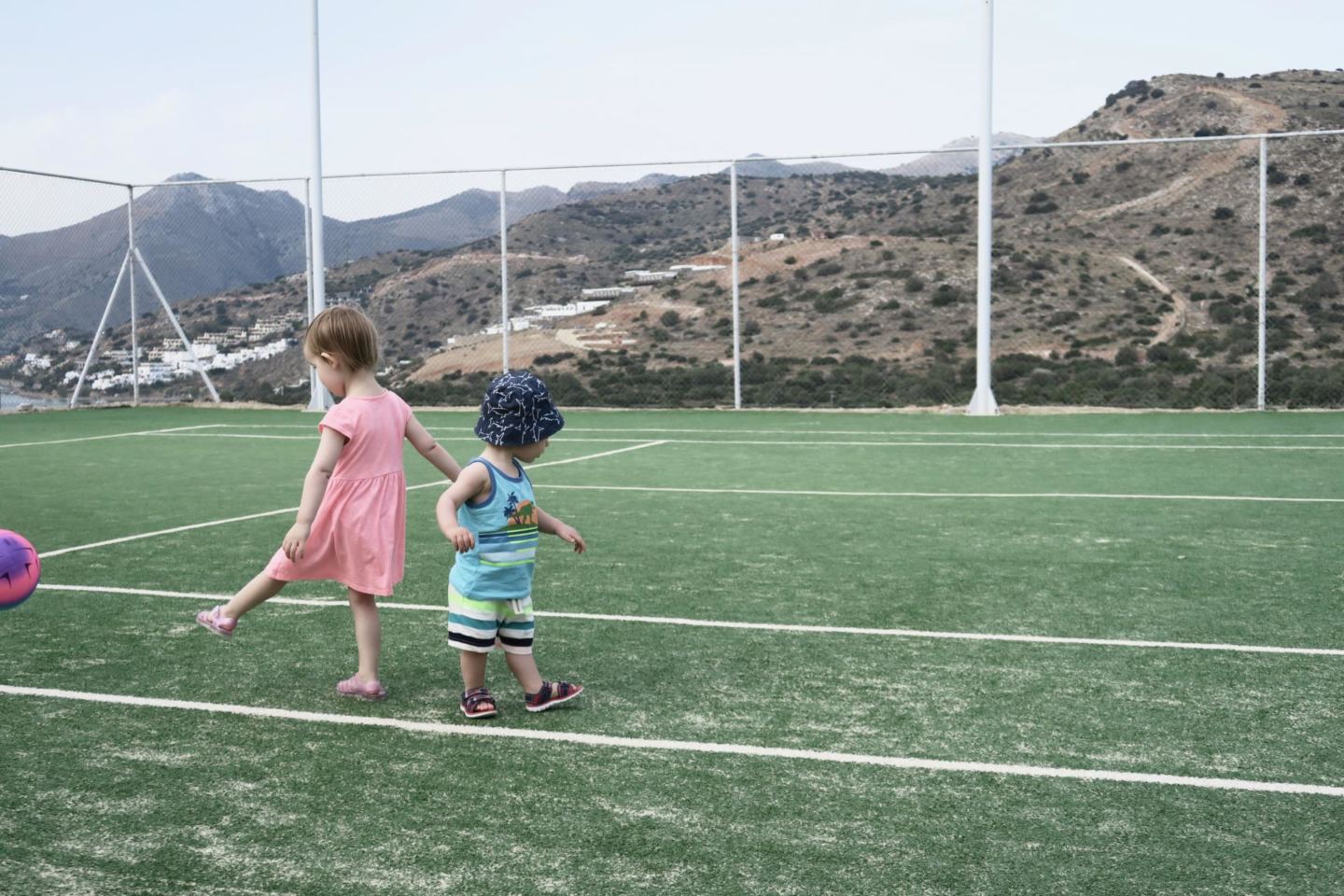 Ted careers about like a drunken lunatic now that he’s properly walking. He runs about with things in his hands – always has to be holding something – and doesn’t stop until he bumps into an obstacle at which point he usually ricochets off and hits the deck. It’s a constant test of my nerves, which are already completely shot because of my general health and safety obsession and overactive imagination. I honestly don’t know how parents survive once their children leave the house without them to do things like cycling and tree-climbing and driving and gap years in foreign countries and scuba diving and so on. I’m going to be an absolute wreck.

Anyway, a long time until gap years, thankfully, because as much as these early stages seem to be a constant cycle of iPad bribery, temperature-checking, Calpol-administering, sleepless nights and begging small people to eat just one piece of the ham, they are utterly brilliant. I mean I enjoy them through a veil of tiredness and often I feel physically sick with frustration or worry or knackeredness, but the peaks and troughs are intense in an invigorating sort of way rather than a “let me off the rollercoaster” kind of way. Which brings me neatly onto…

Ah yes, c’est moi. Just sitting here at 9pm typing away in my office having just managed to put Ted to sleep (90 minutes tonight, he’s not been well so we’re out of routine), contemplating having a Mint Magnum for the first time in weeks. Weeks I tell you! That’s not to say that my general healthy eating plan is going well – this morning I had four crumpets for breakfast, on Monday I had a Creme Egg for my dinner followed by a piece of toast and butter. It was a new low. I really want to get healthy though – I did a video on my other channel (see! all the things that get missed with the websites being separate!) about the parts of my life I’m making an effort to change. You can watch that here. It sort of sums up how I’m feeling about everything, including diet and work and day-to-day life…

That’s all for now – let me know what you think about websites, tantrums and parenting rollercoasters!